Stand Up And Do It 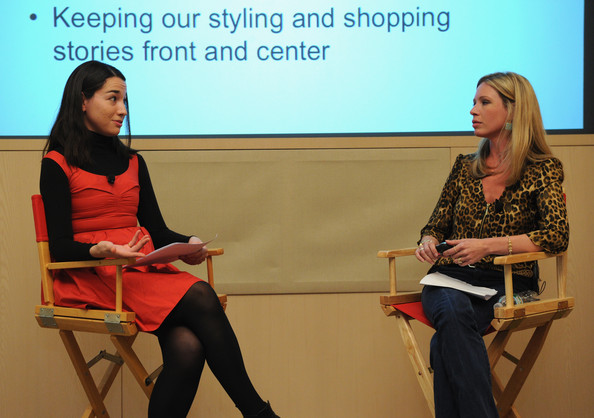 A few weeks ago, Kendrick was telling me how he was working on a group project at school and the question of who would present the project in front of their entire class came up, and - without even thinking - he said "I will." And I thought that was the coolest thing, to have your default setting when it comes to public speaking be "Sure, I can handle that," to just have faith in your ability...and then go get it done.

I used to struggle - a lot - with stage fright. When I was working as an actress, the problem became so bad that it was actually crippling - I had to tailor my wardrobe to cover up shaking knees or a flushed neck, and once had an anxiety attack so extreme that I had to physically walk out of an audition with Jada Pinkett Smith, saying "I can't do this" - and was a big part of why, after awhile, acting stopped being something that made me happy. When you have an enormous physical response that frequently stands smack in between you and your ability to get hired for a job and make a living, you eventually start thinking that maybe you need to do something different.

So when I say that it's "exciting" to be able to speak on panels, give presentations, stand up in front of a really lot of people and just talk, I mean much more than "Oh, what a cool experience." I mean that too, of course - it is cool, very cool - but even more I mean that there was this thing that used to be so much a part of my world that it cast huge shadows over my career, my future, my life...and the discovery that getting up on a stage wasn't just something that I could learn how to "handle," but something I could actually learn how to enjoy...

I suppose I just find that kind of incredible. The fact that, in time, we can move past even those things that feel impossible. Evolve. 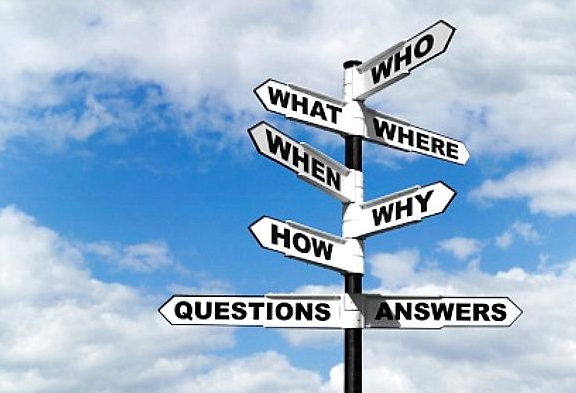 Did you know I have a FAQ page? I do! 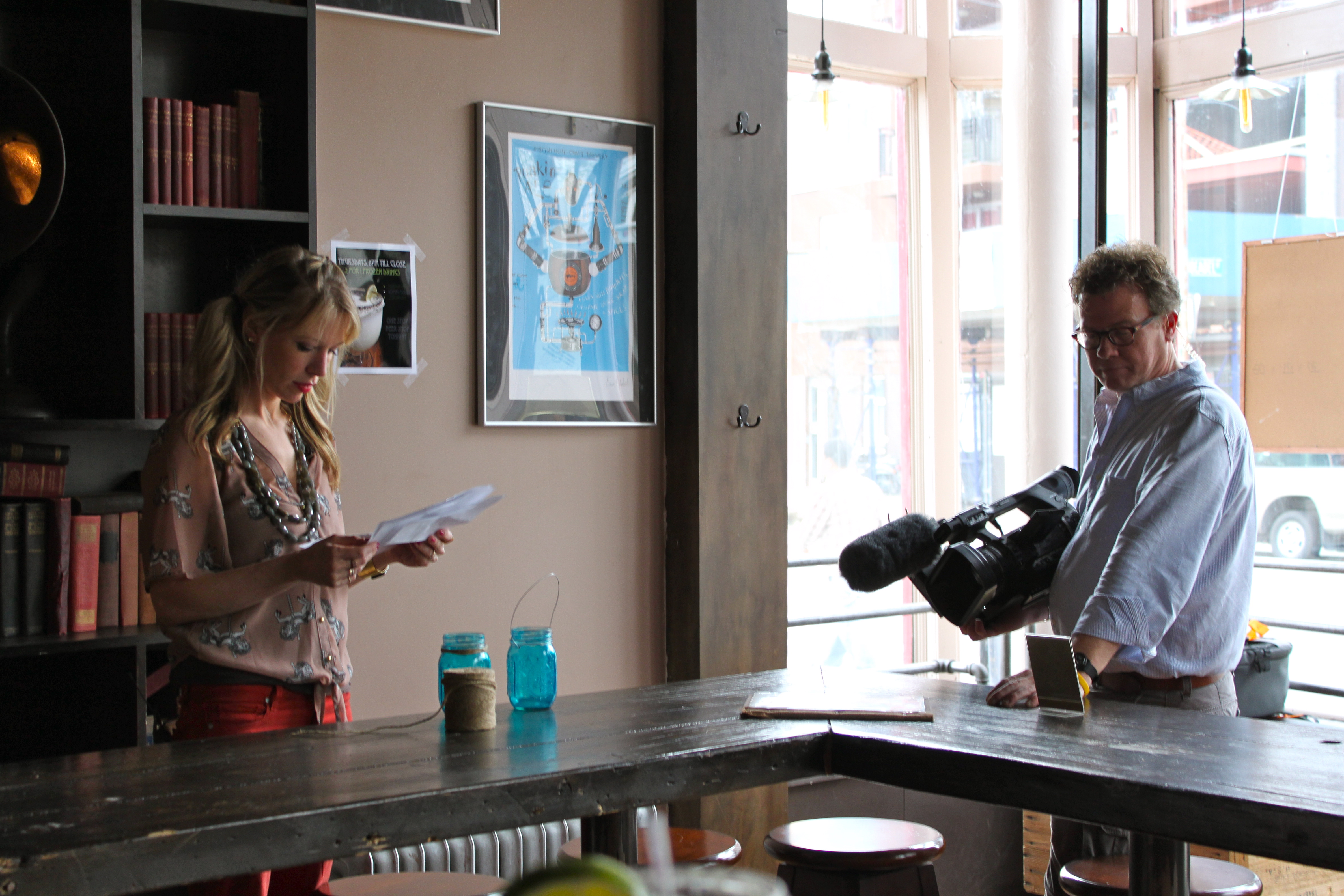 I get lots of emails asking for advice on how to get a foot in the door in various "creative" fields - everything from acting (check out my advice here, and click here for a bunch more acting-related posts, including stage fright tales, my very first commercial, and the story of how I once came oh-so-close to starring in a Ron Jeremy vehicle) to blogging (see my Blog Advice posts here), and, more recently, hosting.

Here's the thing: as with all "creative" (read: oftentimes involving a lot of work for relatively low pay) jobs, you have to get into hosting because you really love it, not because you see it as a way to make your millions. Because the fact is that there are a lot of people who want to do it, and many (if not most) are doing it for free, or for very, very little money. If you end up making those millions, great...but you have to enjoy (or at least be cool with) all of it, even the guerilla-style early-morning shoot that you're on just because it'll make a great bit for your reel.

With creative fields, I think that doing "well" (by which I mean having a steady stream of work for which you are financially compensated, although different people define this in different ways) is a combination of talent, hard work, and good, old-fashioned luck. I feel very lucky to have the opportunity to be producing and hosting my own show - it's quite literally a dream come true - and to have had things move along as quickly as they did, but I worked for free a lot in the beginning, just to prove to the powers-that-be that I could handle the job and that they should start hiring me "for real." Once I got my very first lucky break - a producer at BetterTV had seen one of my webcasts and asked me to try my hand at hosting an unpaid segment (this one) - my priority was always to show my producers that their lives were easier with me in them.

The best advice I can give to those going into creative fields: the way to stand out and to get hired again and again is to make those around you look good. A happy crew is a productive crew, and a productive crew makes for excellent product. I'm not advising being a doormat - always stand up for your rights if you feel like they are being violated - but there's a lot to be said for being humble and grateful for having been given the opportunity to prove yourself. 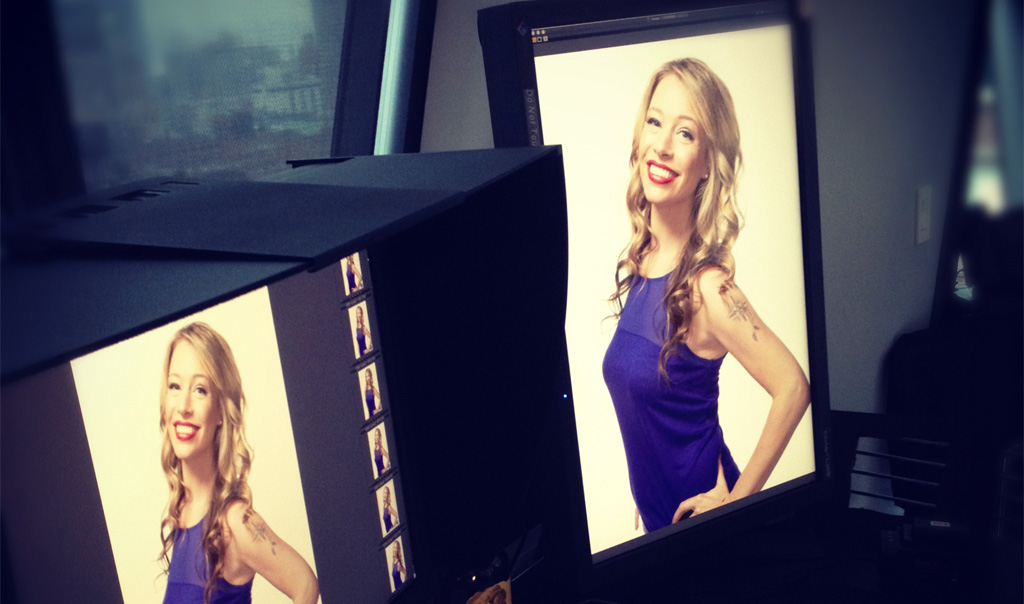 Where does the name "Ramshackle Glam" come from?

I used the term in a post way back in 2009 to describe a chandelier that I'd spotted in a store, and when I wrote out the words I realized that they just perfectly encapsulated my approach to...well, pretty much everything. My feeling is that style should be fun, and should be all about finding what makes you feel good and feel like yourself - even if the things that you love break the "rules"...and experimentation (and the occasional mini-disasters that come along with taking risks) is a big part of that.

I went to high school at Dalton, and then majored in cognitive neuroscience (basically, the biology of psychology) at Harvard. I've also studied at Lee Strasberg (acting), the American Academy of Dramatic Arts (acting), Parsons (fine arts), and University College London (my semester abroad), and have completed half of a Master's in Hospitality at NYU (a very expensive moment of total career confusion). 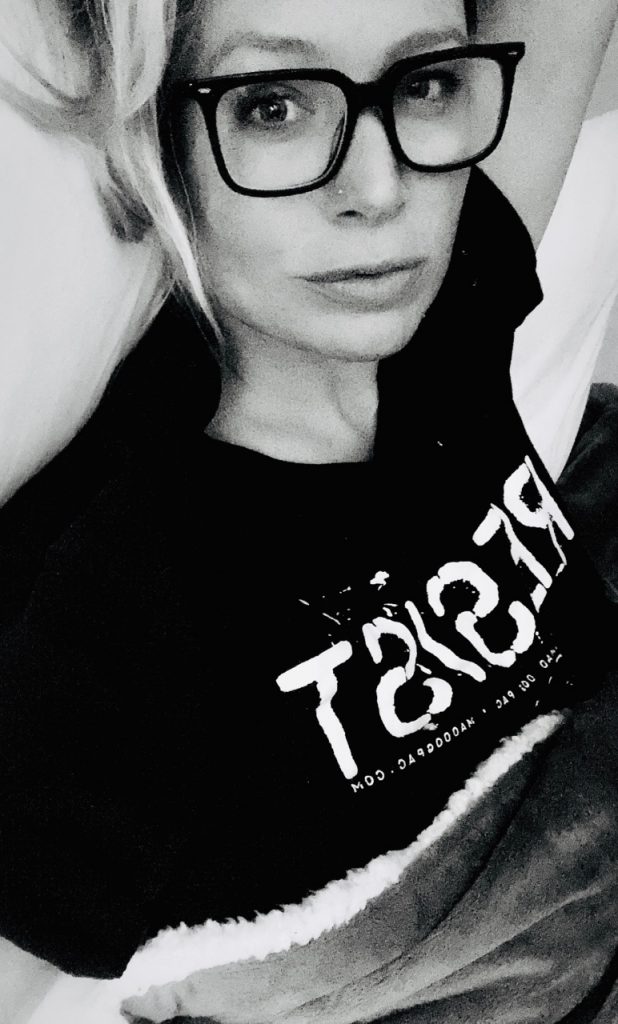 A not-so-little (to me) announcement.

Rocco & Roxie makes the very best holiday gifts for the fluffballs in your life (I cannot speak more highly of NoChew Spray, and my dog is f-ing obsessed with this thing.)

The Adultiest Things I Do 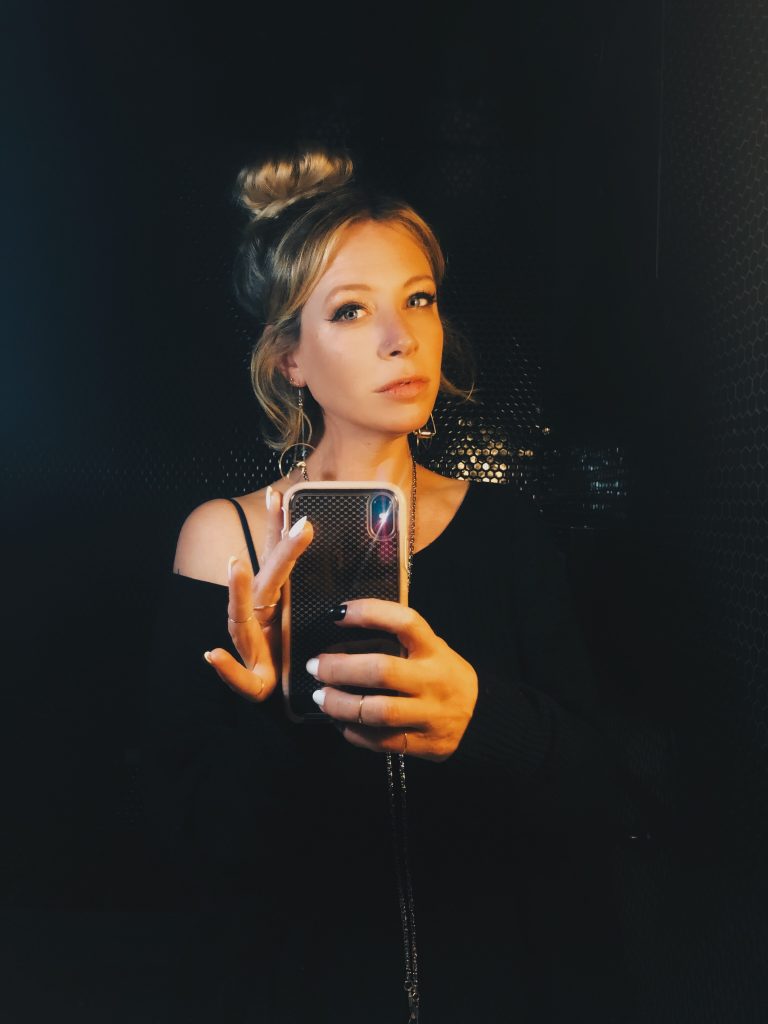 My mother once said to me, "You always kind of feel like you're 22 years old." And she was right, in some ways. For example, I don't know that you ever truly adjust to the fact that you are now capable of injuring yourself by bending over too fast. Or putting on a jacket. Or sleeping. (I have hurt myself doing all of these things.)

But she's not completely right; in some ways I feel precisely the age that I am. My 22-year-old self specialized in the fields of watching Elimidate marathons and entitlement, and while I still dabble in both of those (rather enjoyable) endeavors, the knowledge that I have acquired in the 16 years since falls into the realm of "enormous." I wasn't totally irresponsible as a twentysomething - I'd had a job since I was 12, so I was decently familiar with the idea of money management and taxes and such - but I couldn't have told you what a HELOC was on pain of death.

Haters Gonna Hate, But The Rest Is Up To You 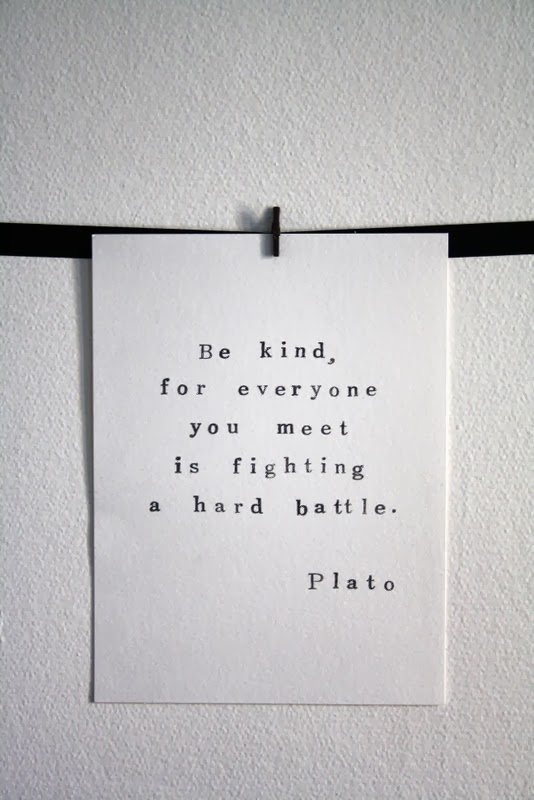 (Not actually Plato, but no matter; this is a good thing to remember.)

I've been writing Ramshackle Glam for nearly ten whole years - which means that there is a LOT of good stuff hanging out in my archives. So each Friday, we'll be doing a little throwback to one of my personal favorites. This week's is a post is one I wrote in 2015, about the challenges of handling Internet commenters with less-than-pleasant things to say...and contains a few little bits of wisdom that - nearly five years later - I could use a refresher on myself.

Q. What advice would you give someone on how to handle the mean-spirited comments people feel free to fling around [on the Internet]? 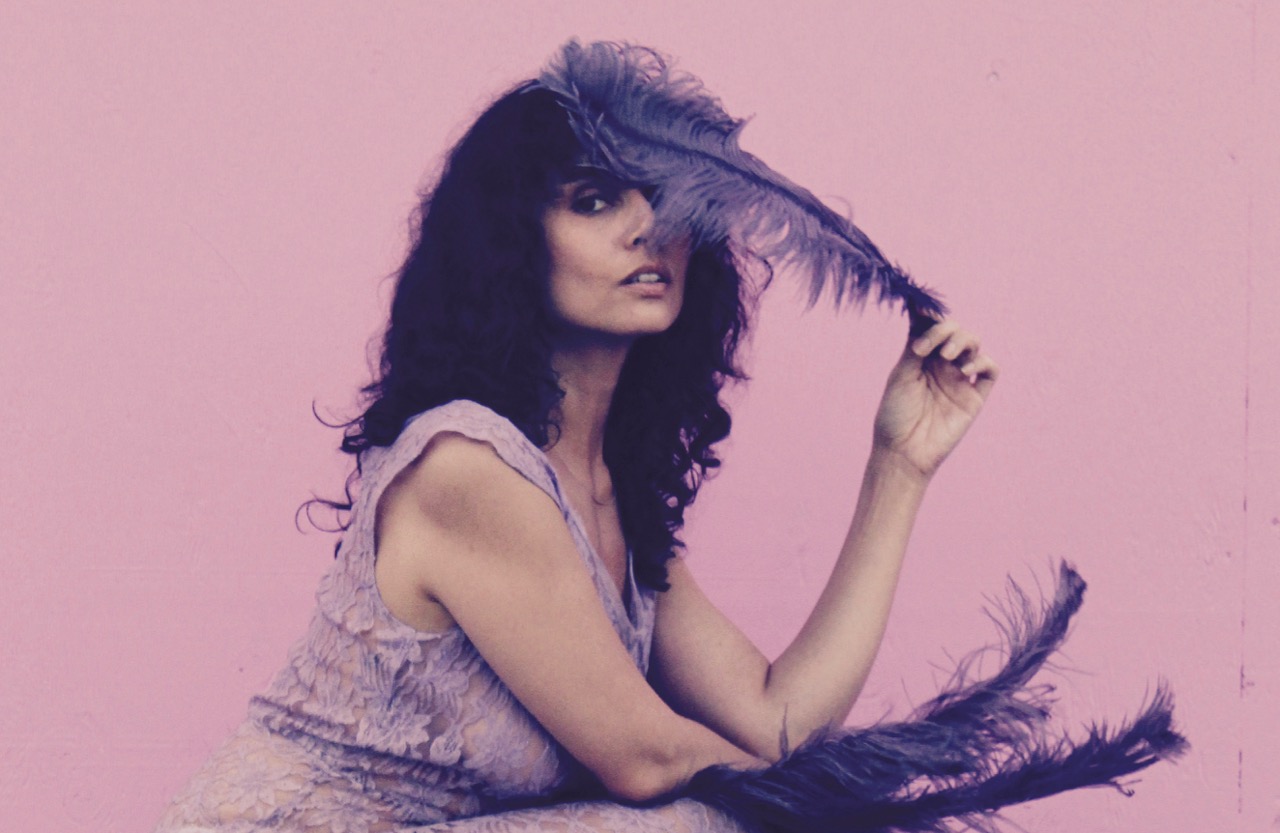 You may have noticed that when Francesca and I get together, we frequently do little photo shoots. Not for any especially good reason; just because we enjoy them - putting together a concept, finding a location, picking the right time of day for the lighting effect we're after. I enjoy the whole process; unlike creating photos for this site, our shoots in no way feel like "work." You may also have noticed that over the years, I have appeared in these shoots - or any shoots, for that matter - less, and less, and less.

I wonder sometimes whether it's from insecurity - and of course it is, I suppose, more than I'd like to admit - but it's also that my interests with regards to photography, and "aesthetics" more generally, have undergone a fairly dramatic shift these past few years. 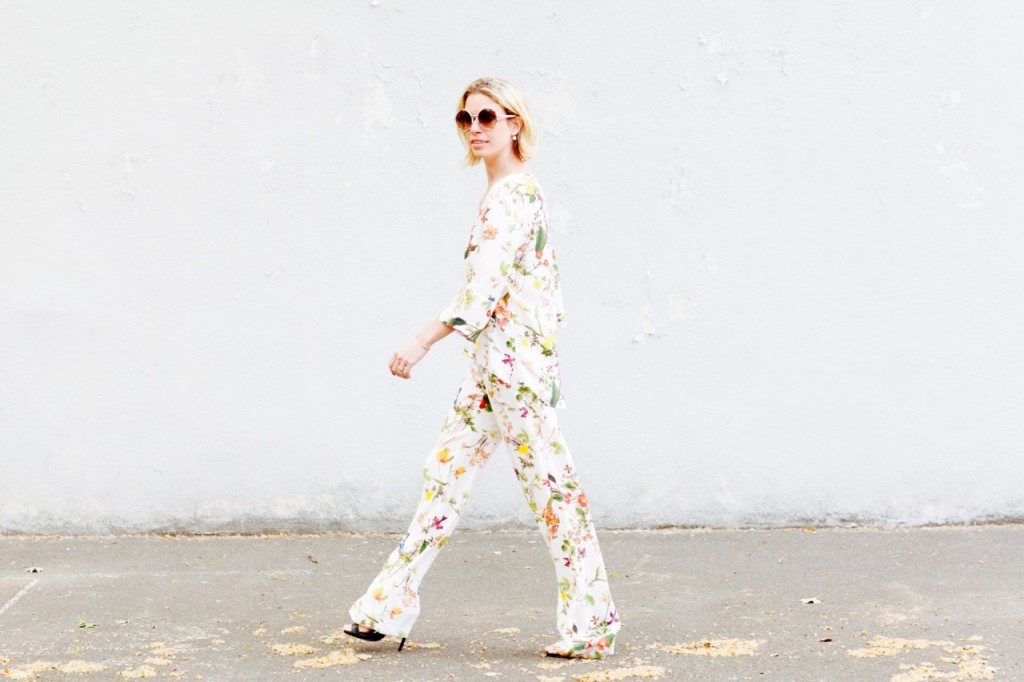 I think that I have, at long last, found my look. I mean, I've been wearing one version or another of it since 2015, but only recently have I realized that I should just commit to it and call it a day.

What is this look, you ask? It is a silky blouse and matching wide-leg pants, and so essentially amounts to wearing pajamas in public (always a solid life choice, IMO - I am at this very moment wearing actual pajamas even though it is noon on a Thursday, and if you're wondering whether I wore these actual pajamas to school drop-off this morning, the answer is "Have you met me?").

From an Outsider’s POV 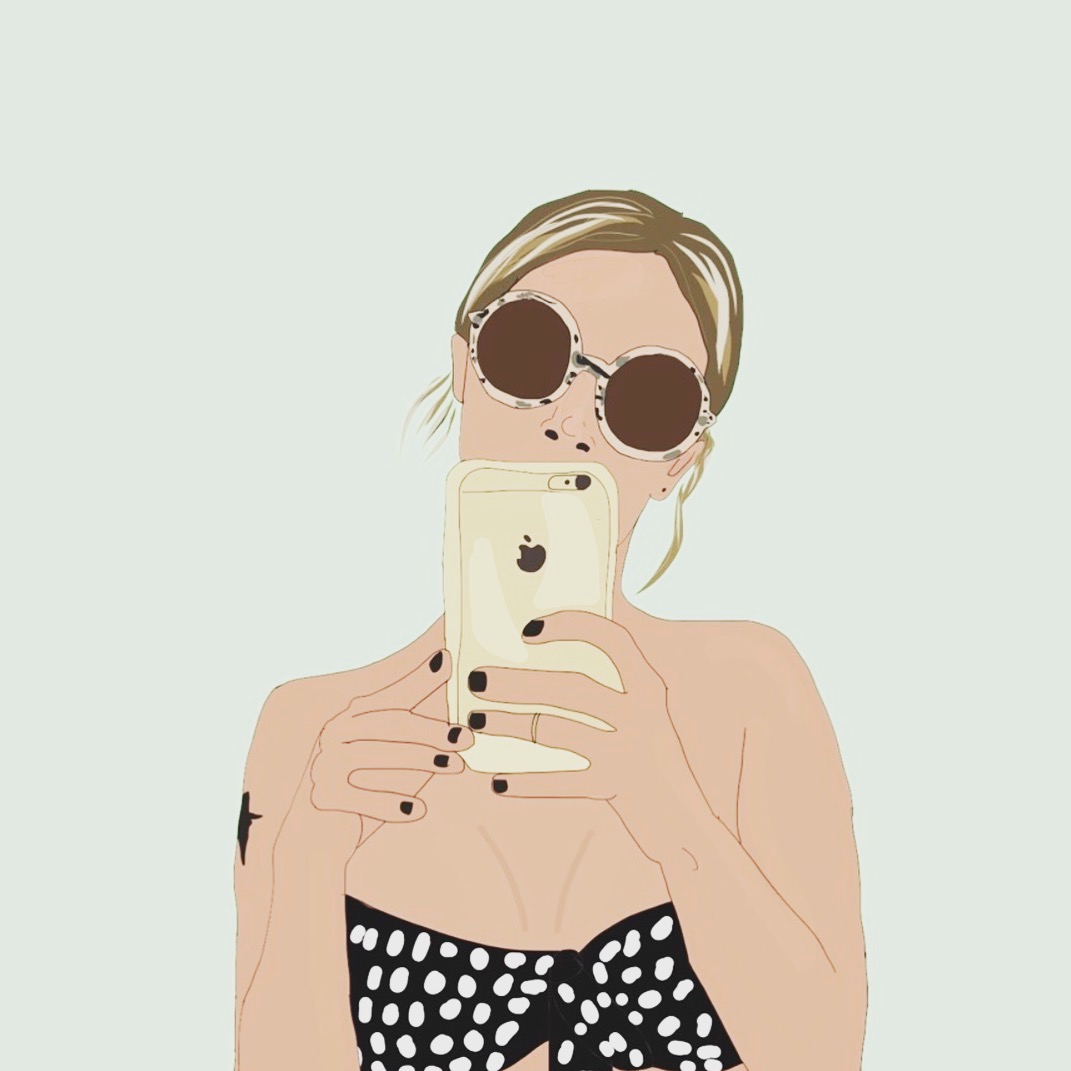 Olivia here, again - while Jordan is ruminating on the beauty she's seeing, I thought I'd come by and share an interesting POV; I met Jordan over ten years ago via her blogmates on NonSociety (fun fact: I designed the NonSociety t-shirts...weird) and when Jordan began Ramshackle Glam, I naturally journeyed over here and I've been a loyal reader ever since. There have been so, so many posts of Jordan's which have hit me in the feels, made me laugh, and taught me something; but, there have also been posts of Jordan's which have left me scratching my head or with my hands over my eyes. I'd thought I'd share some of my all-time favorite Ramshackle Glam posts, and a few which made me shake my head. What's your favorite post of Jordan's? Which Ramshackle Glam post made you laugh or cry? I'd love to know!

1. The Great Impossible is one of those posts I bookmarked on my computer and would read almost daily. I almost memorized these lines, "Because marriage is hard – so hard that sometimes it feels impossible. It’s so consuming that when it isn’t working, there’s no lonelier place to be than next to the person you promised to spend forever with." It felt so nice to know other women were having similar thoughts, but also could come back from the thoughts and grow and learn. I feel similar about this post, too. At the time of reading both of them, I felt so seen and heard. Marriage can be tough, and it's okay to talk about the valleys as well as the peaks. In fact, Jordan talks about the fact that 'we don't talk about it' in this post - another fave.