A Trip Down Memory Lane: The Effed Up Yogurt Cake 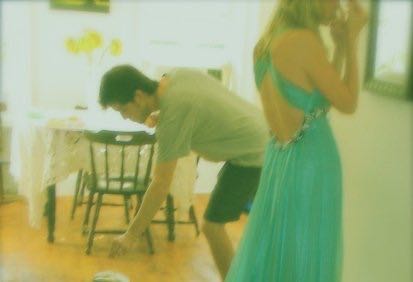 Last night I was hunting around on RG for an old recipe - because the Superbowl is on Sunday and a couple of friends who are actually into football are coming over, so now I'm feeling all inspired to do something...I don't know, thematic. Football-y. As it turns out, the number of recipes related in any way whatsoever to football on Ramshackle Glam is zero - shocker, I know - but that's not the point.

Winter At The Beach 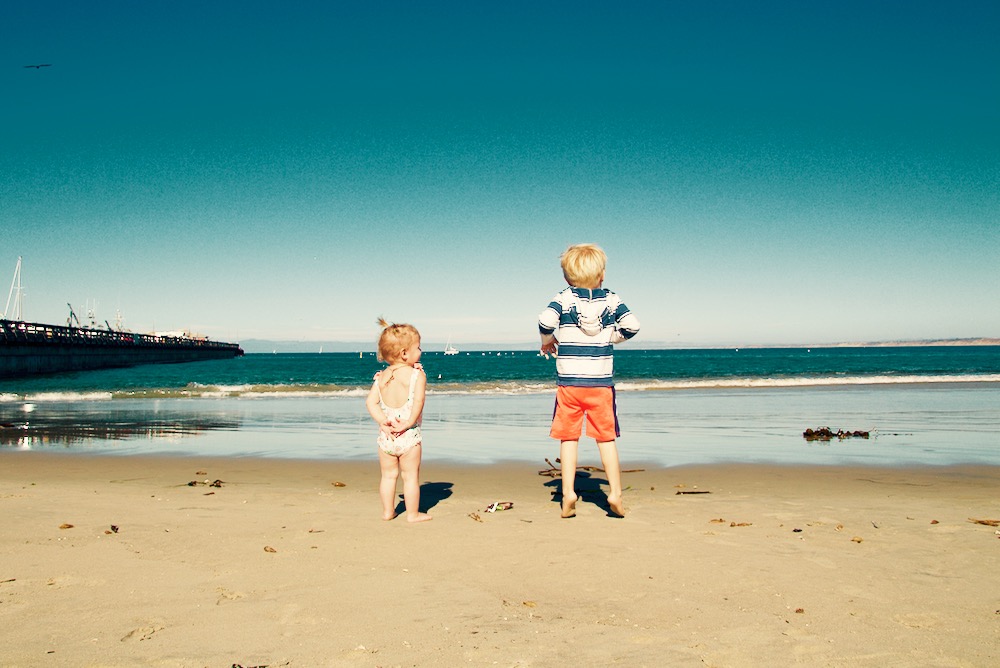 (This tank top is WAY too expensive for a tank top, but it's surprisingly worth it just because of how very, very, very good it is - and how much you'll wear it.)

You guys, we were on the beach yesterday. In NOVEMBER. We rolled around in the sand, examined discarded crab shells, chased seagulls. I wore that tank top and jeans, but I could have easily been in a bathing suit. 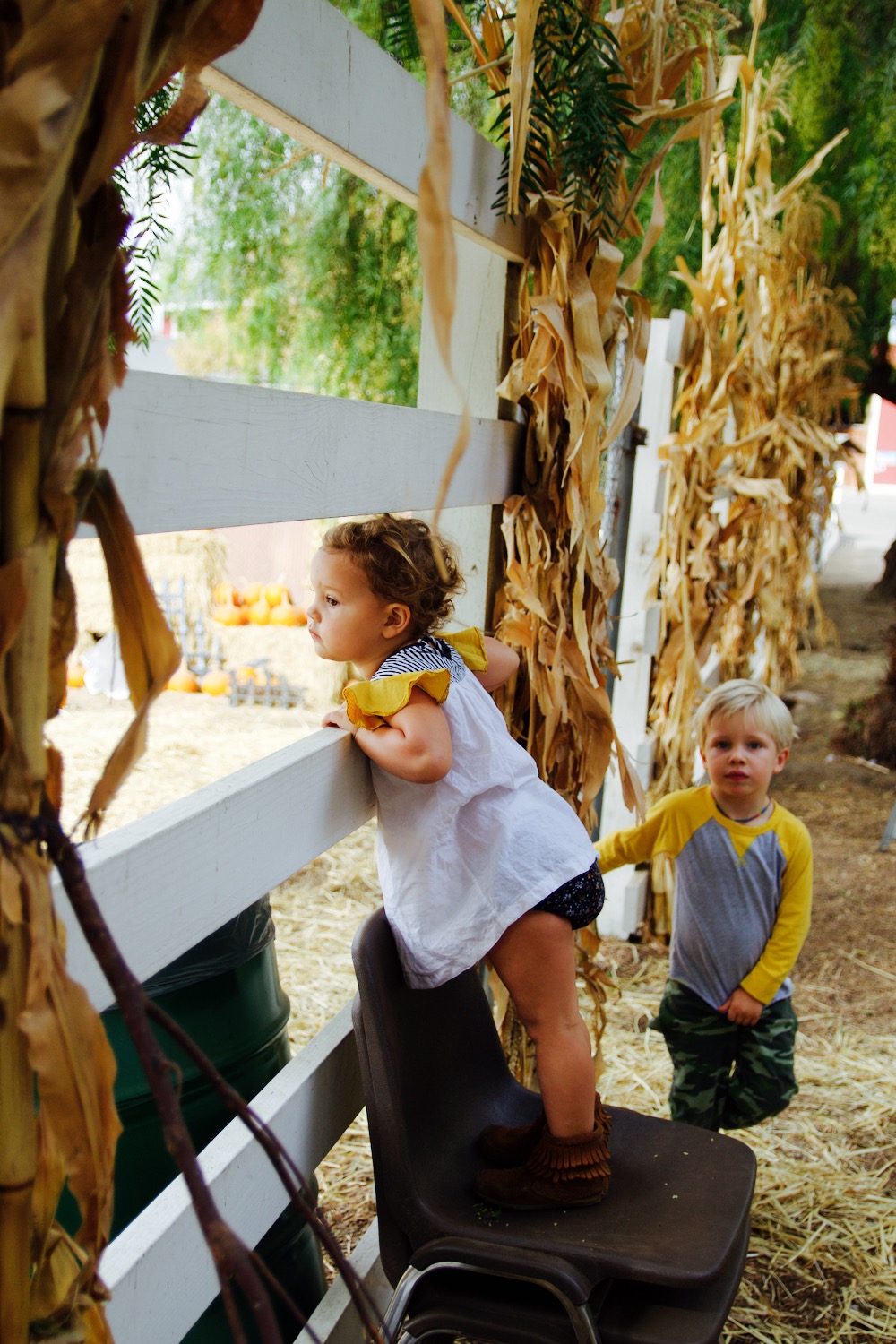 One of my favorite Jordan In The House episodes, with pumpkin-carving tips and ridiculous sound effects. 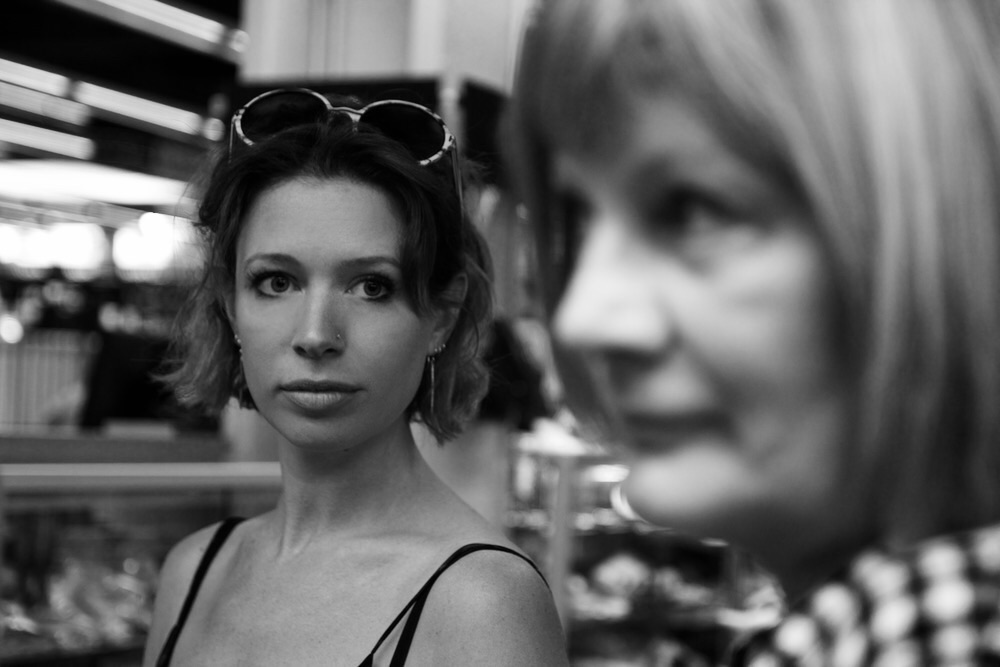 In the years before we moved to the West Coast, I became thoroughly disenchanted with New York City. It was too hot in the summer, too cold in the winter. It was too hard to get around the subway system with a stroller, and too expensive to take taxis everywhere. The restaurants were great, but after we moved to Westchester (despite our insistence that "Oh, we'll still come into the city all the time!"), we never went to them.

Not like we knew the good places to go anymore, anyway.

Last week I took a trip to New York that was technically a business trip but that I extended by a couple of days so that Indy and I could spend extra time with my parents, and ended up roaming the streets for hours at a time, stopping into places I remembered and places that only just sprung up in the months since I left. 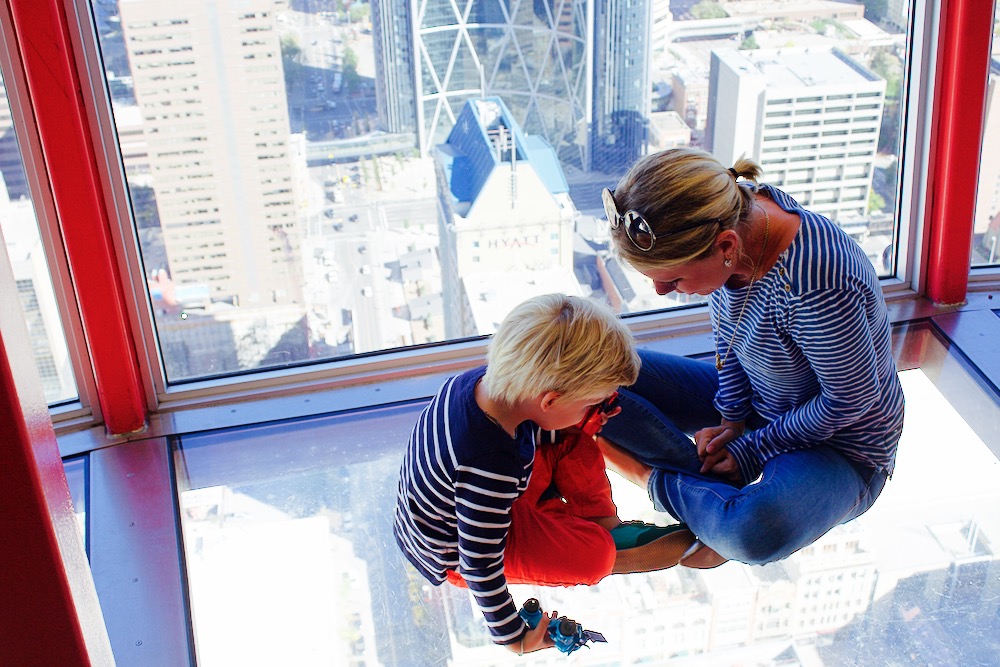 On Me: J.Crew Painter's Tee | On Indy: Jacadi Striped Sweater

Where I spent last weekend: in Calgary, for my cousin Carrie's wedding. I only took Indy because even though Goldie is still free to travel with (kids under the age of 2 don't need a ticket), Kendrick couldn't make it and two children + one adult + layovers in Salt Lake City and Seattle = nooooo. And also: at this age, Indy isn't just "easy" to travel with - I'd rather travel with him than travel alone; it's just more fun (whereas one-year-olds on planes are a little less "fun" and more "madcap dashes up and down the aisle with intermittent screaming and people hating you really a lot").