No Plumber, (Sort Of) No Problem: How To Unfreeze Your Pipes 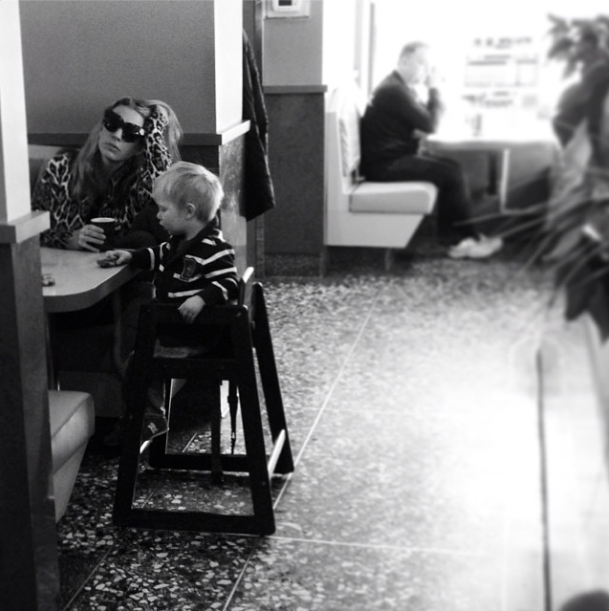 Camped out in the diner, unsuccessfully calling plumbers (and ultimately resorting to googling “how to unfreeze your pipes”).

I LOVE that this thing is called a “polar vortex.”

It’s so dramatic. I want the movie of this week to star Jake Gyllenhaal.

Anyway, it also (obviously) is not especially fun to live through, but one of the things that I’m discovering about home ownership (on the Cold Coast, at least), is that it comes hand-in-hand with occasional disasters that make you feel like you’re living in Colonial times rather than in an age where you should theoretically be able to have Amazon FedEx you a sun.

When you live in New York City, the weather just doesn’t impact your life all that much (except for when it does): bodegas do not close ever, your landlord always has the heat up too high anyway, and snow survives for approximately eight seconds before being turned into slush that a taxi cab will spray you with (which isn’t fun, but also isn’t that big of a deal, in the scheme of things).

Since I have lived in a bordering-on-rural suburb, the following events have transpired:

– Fleeing our home for a week and a half post-hurricane;

– Downed power lines trapping us in on both sides of our house;

– Enormous trees crashing down in our backyard;

– A scary (albeit short) walk home through an actual blizzard while carrying a toddler because my car couldn’t make it out of our driveway and hiking through the snow was literally the only way for me to get to him;

– A drive down a street that looked completely normal and yet could not be braked upon, due to the fact that in the fifteen minutes between departing my house and returning home the entire thing apparently turned into a sheet of ice;

– Frozen pipes that resulted in no water, anywhere, in our entire house. Which contains creatures both large and small who wake up thirsty, and two adults who do not possess the foresight to stockpile bottled water, because they are new(ish) homeowners who hail from a city where BODEGAS DO NOT CLOSE, EVER.

But here’s the thing: while frozen pipes are potentially very expensive and unquestionably not what you want to discover when you wake up in the morning…what happened ended up being pretty cool: we fixed them ourselves, like total home-owning badasses. 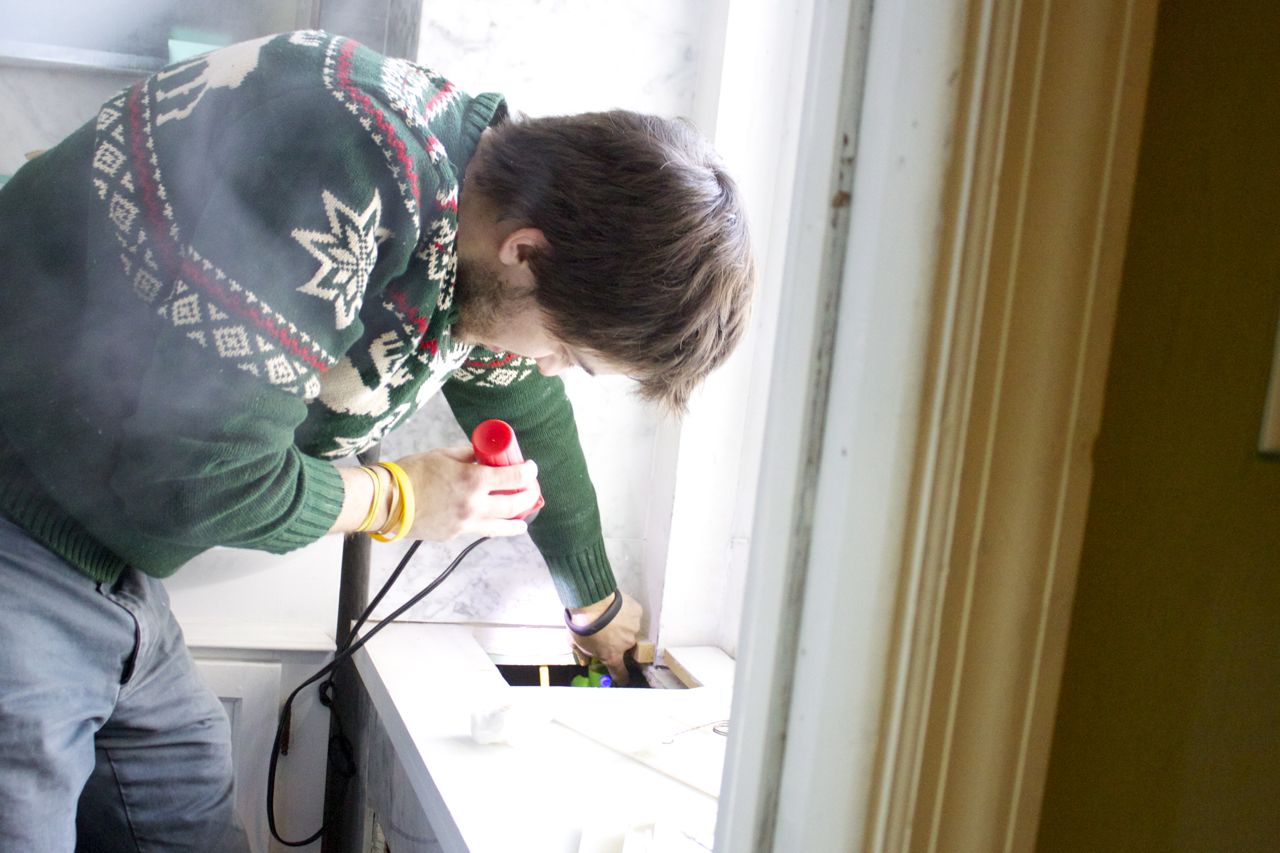 If you want to try it yourself, here’s what you do (information gleaned from various websites and the three separate plumbers we begged to come over and who couldn’t, but who were kind enough to give us over-the-phone tips instead):

– Turn on a couple of faucets, so that the running water will help things along once you start to get the pipes unblocked.

– Search for the “problem” pipe: just go to the spot in your house where the pipes are exposed, and look for frost or just feel around: it should be obvious which pipe is causing the problem, because it’ll be noticeably colder to the touch than its neighbors. Like, icicle-cold.

– Heat the pipe with a blow-dryer (keep it moving so not to apply too much direct heat). You might also want to try wrapping the pipe in hot towels or applying heat tape (we also turned on a space heater in the room). If all goes well, the water should be running in about half an hour.

We wanted to give fixing the pipes ourselves a shot (and didn’t really have an option, since we couldn’t find a plumber in our town who was available…because apparently everyone else’s pipes froze, too), but something to consider before you take this on yourself is that it’s always possible that the pipe will actually burst at any moment. Which could totally happen with a plumber there as well, but at least…then you’d have a plumber there. So it’s a risk, but to save a few hundred dollars it might be one you (or at least I) are willing to take.

(Again: I am obviously not an expert on this topic, so if you’re at all worried, please call a plumber. Also, Kendrick should technically get the credit for this particular fix. I spent the majority of the time “we” were working on the pipes sitting on the couch and whining about my ankle.)