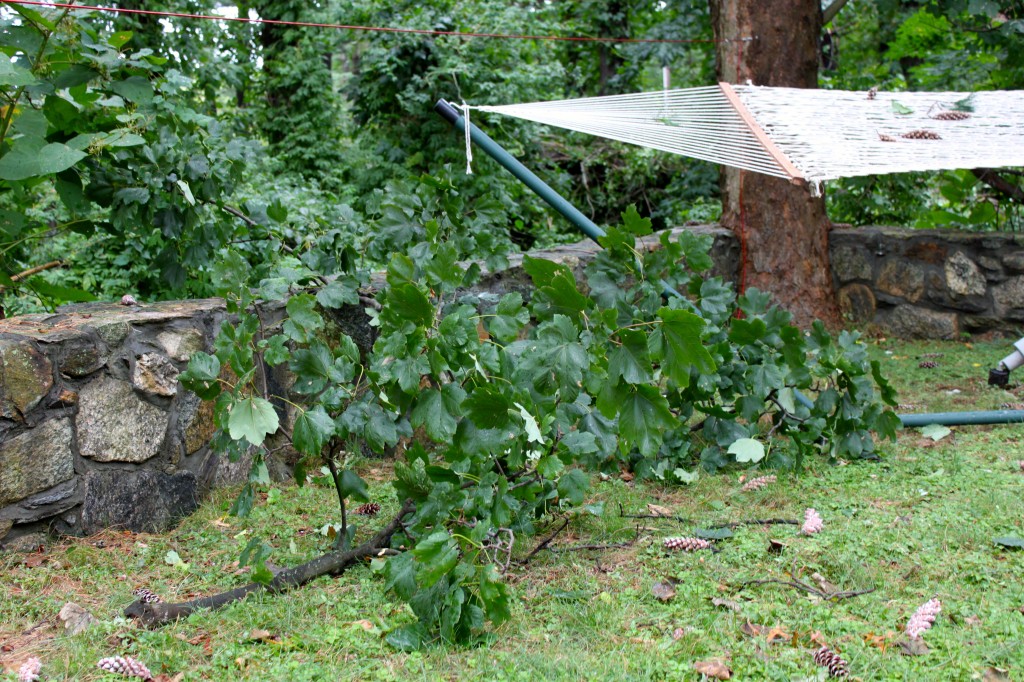 Was just pulling into my driveway and heard a huge cracking sound, then watched an enormous tree (which only doesn’t look enormous in that photo because it’s spindly, but about, I don’t know, 80, 90 feet tall?…and because 75% of it is missing) broke in half and came crashing down in the woods, missing our backyard by just a couple of feet.

A little piece of it tried to take down my hammock (I would have had to drop a bow, because no one messes with my hammock).

Down the block, a telephone pole just came down on some guy’s car.

This weather is not messing around. 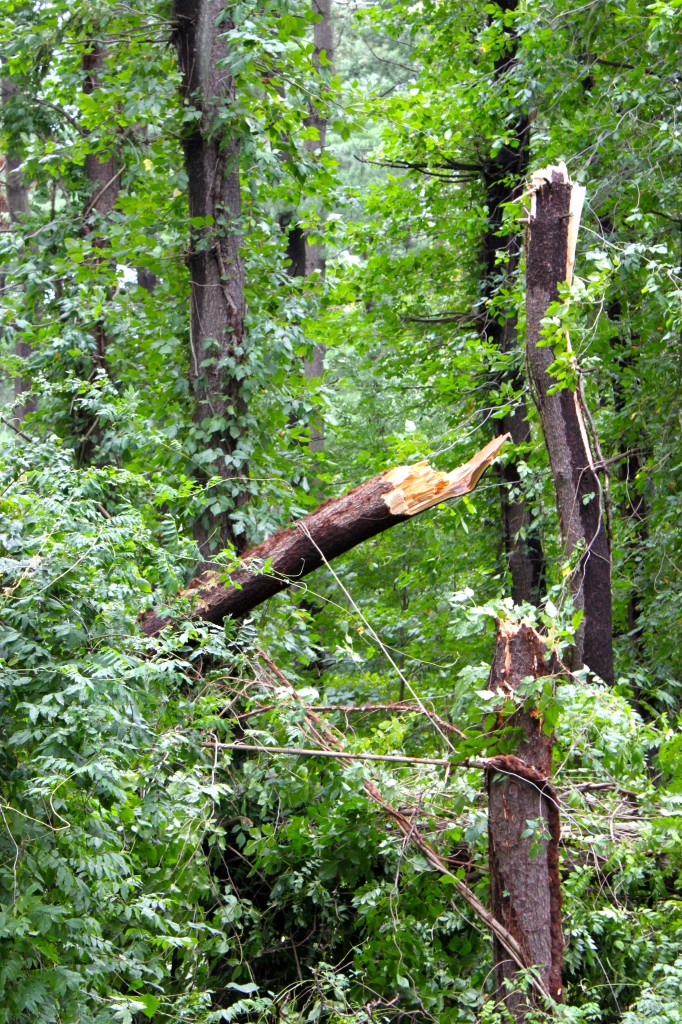 Update: Aaaaand two more. It sounds like a lightning storm back there, with all the cracking and crashing.