Cracking Up: The Story Of My Divorce (Part Three) 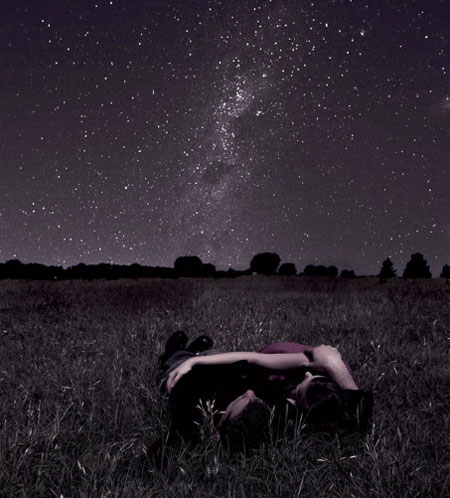 Very few people are capable of talking openly and honestly about crises in their lives, and even fewer are willing to explore these crises while they’re in the thick of them. This is part three of my friend EB’s story.

If you missed the earlier posts, read Part One here and Part Two here.

After I left my husband, ending our 12-year marriage, people asked me: What changed? Why now?

Everyone has to come up with their own narrative of the end—some way to make the entire collapse of your life make sense. Right now, my husband’s narrative is that I’m living with a non-specific thyroid disorder, which turned me crazy. And my narrative is this: I just got tired.

I didn’t date much in high school. I was loud. Too thin. I had braces. The boy behind me in biology kicked the back of my legs every time I raised my hand in class. The one boy I had a crush on came out to me. The other boys dated the prettier girls. I met James in high school. We both had the same after school job at a fast food chain. He gave me rides home. Offered to pick me up for work. And asked me to homecoming.

We went to separate colleges, but he was there still. Sending me emails, chatting over AIM. I dated two other people, and eventually, one summer, began dating James. He took me on a date to go look at a meteor shower. He barely said a word the whole night, but I felt loved. A year later, he proposed to me by driving me to the place where we had our first kiss and playing one of my favorite songs through the speaker of his car.

We danced under the stars. I said yes, because we’d have a good life. I’d be loved. What more did I need?

But the things that eventually broke me were always there, all along. He had been hiding my things, the stuff he didn’t like: Straw hats, t-shirts, mugs that had feminist slogans. Sometimes I thought I lost them. Other times I knew he took them. And then after we were married, there was the money, calling me every day to want to know why I spent $10 at CVS, or to tell me we couldn’t afford to buy pizza, so no date night. He didn’t seem interested in my writing, often rolling his eyes when I told him about a rejection, or about a story I was in. But relationships are often transactional. We give up in order to gain.

My own parents have a tumultuous relationship. They fight. They separate. They return. It’s a rollercoaster of passion and mental illness and so many other things I won’t even pretend to understand. All I knew is that I didn’t want that. So James it was.

He was a good man. He was solid. He was a good provider. The day before my wedding my mom told me I didn’t have to do it; I didn’t have to marry him. I was angry when she said that and I wondered why. I knew I didn’t feel passion for him, I knew that he was often severe—once rolling down the car windows in 15 degrees and leaving them down for several miles because he hated the music I was playing—but our life, I believed wouldn’t be ruled by the constant tumult that had guided my childhood.

I didn’t realize how truly radical it is to ask someone to love you. All of you. And maybe that’s what James and I both did—failed to see one another, all of each other, until it was too late.

There was a fight we had when I was pregnant with my second. I’d been working on a project that featured a prominent gay rights activist. “You are advancing the homosexual agenda,” he told me one night after I’d asked him why he’d been so cold the last few days.

“Don’t be stupid!” I yelled. “Don’t say ignorant shit like that!”

We never got anywhere on the fight. Eventually I slept in the guest room sobbing so hard I thought I would send myself into labor. I cried not only because his words were deeply offensive, but because I’d been forced to see something I would have rather ignored—his coldness, his righteousness.

Part of me knew he’d always believed things like that, and simply never articulated them. Not to me. And why would I kick the foundation that my entire life rested on? He’s a good man. A good man, I told myself. Other people told me, too. So I didn’t leave. Plus he apologized; he was sorry for saying that. I believed it because I needed to, and we continued on.

Of course, in hindsight, it’s easy to say that was an obvious moment of disconnect. But our lives aren’t lived in reverse. They are lived in these messy moments of runny mascara, pregnant bellies, and us just trying to make spaces where we are loved for all of who we are.

We tried to fix it. Lingerie of the month club. Puzzles. Date nights. No vacations though, because he didn’t want to leave the kids. I scheduled in time to watch “Star Trek” every week with him. I missed assignments and deadlines, because I didn’t want to make him mad by overworking.

It didn’t work. And now I have a whole space in my head full of memories that I go through one by one, trying to reconcile the past with where we are now. Some of them take on a new hue. The time he refused to play cards with me by dramatically slapping his wedding ring on the table. A story he told often, to demonstrate how competitive he is. That one feels menacing.

But what about our proposal? My favorite song by James Taylor. What about him driving six hours to come see me the day I received news of a family member’s death? What about how much I love his grandmother? The times I laughed with his sister so hard we cried? Him driving me home in high school, never once making fun of me for not having a car?

I refuse to throw those memories away in favor of an easy narrative. So I hold them for now, honoring their beauty, while also finding solace in the fact that I’m finally out – and in a place where I am loved fully. In this house, alone.