I have these socks that make me feel like I’m being hugged. My mother-in-law gave a couple of pairs to me for Christmas, and both she and my sister-in-law seemed to expect me to already be familiar with the brand. I wasn’t; my Facebook ad settings apparently don’t think I’d be especially into Bombas. But I am, and I wear them all the time now: to bed, around the house under my open-toe slippers, over leggings and under boots. (Above is what I wore for our trip to the candy store in Los Gatos yesterday. And if you’re curious, I went for the chocolate-covered mint Oreo clusters and chocolate-covered banana-flavored gummy bears, with a cup of vanilla salted chocolate chunk gelato on the side.)

Here’s a funny little byproduct of this site: when I write about something that falls on the “heavy” side of the spectrum (like, ohhhh, say, this), it’s always strange trying to figure out how to transition back into “regular” topics. Today, for example, the plan was to do an outfit post, because I haven’t done one in forever, but I’m not sure how to go about that; typing up tips on how to wear a 3/4-sleeve jacket in the winter isn’t something I feel like doing at the moment.

This morning, my friend texted me to tell me that in her experience, going through a miscarriage creates hormone fluctuations that aren’t all that dissimilar to those that you experience right after childbirth – so depression, anxiety, and wild mood swings are all completely understandable responses. Which is great to know, because I’ve spent the past couple of days wanting nothing more than to turn off my phone and lay in bed watching episode after episode of The Handmaid’s Tale while eating Safeway-brand fudgsicles, and this afternoon I burst into tears when Kendrick took a wrong turn and made me late to a massage appointment, because I had it in my mind that the massage was going to reset me somehow, and I didn’t want to miss even a minute of it on the off-chance it’d help. 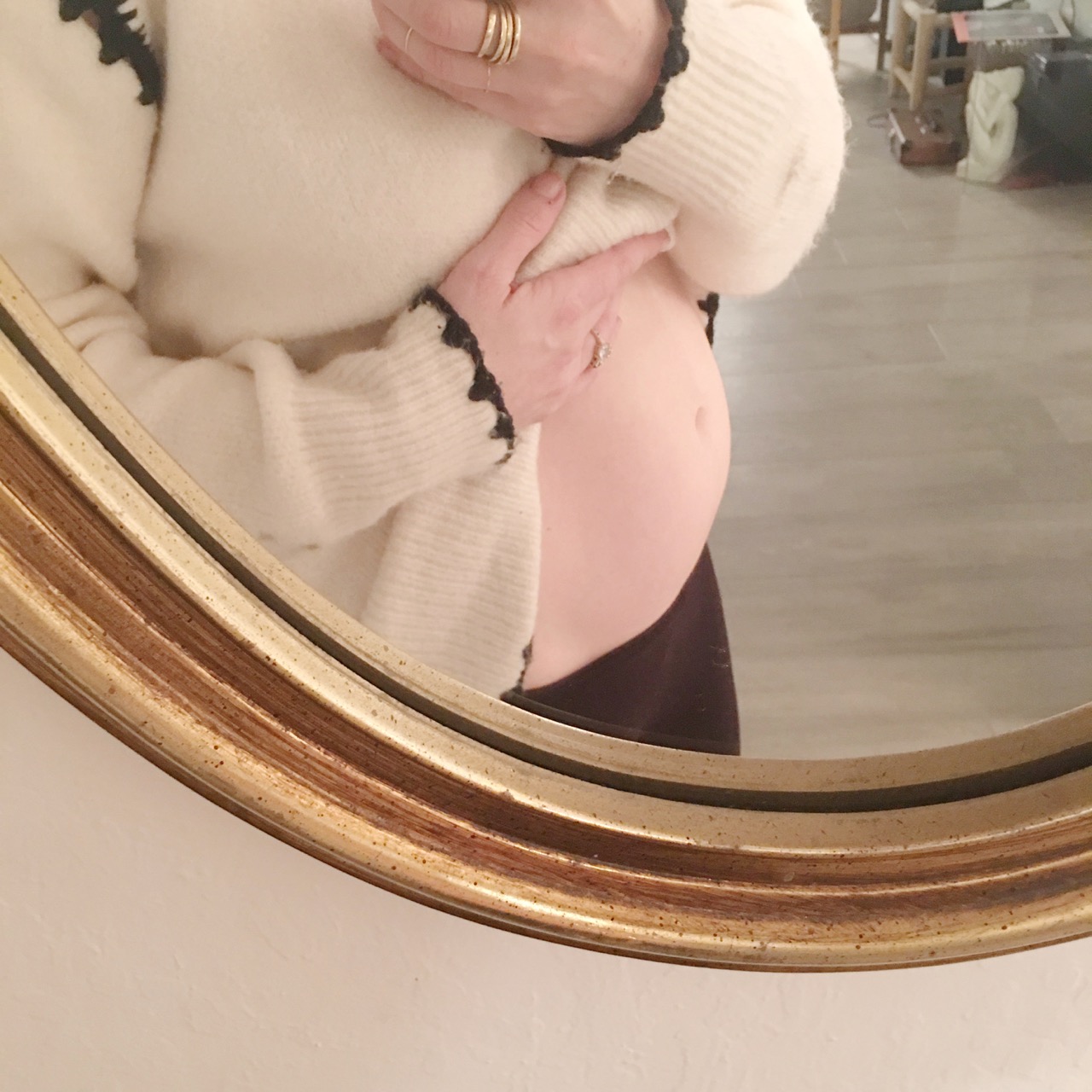 It’s the swollen stomach that’s bothering me the most. Besides the fact that it hurts to touch (which might still indicate that there’s an ectopic pregnancy or something else entirely happening, so I’m scheduled for more tests and such in the next couple of days), it looks almost exactly like it did when I was about 9 or 10 weeks pregnant with each of my kids. And I’m finding myself touching and sort of cradling it a lot, which makes me want to cry. But I also don’t feel attached to the pregnancy at all, really – so there’s no specific sense of loss, just more of a general malaise, which I have to assume is “normal.” Whatever that means.

It’s also strange that from now until forever I have to answer “three” whenever a medical questionnaire wants to know how many pregnancies I’ve had. I’m sure this is particular to each person, but to me lumping this experience in with the experiences of having my children makes me feel a strange sort of angry. I don’t want this to be bullet-pointed in my file next to the hernia operation I had in 2003 and the fact that I take 150 milligrams of Zoloft every day. I know it makes sense to have it in that list. I don’t know why it makes me angry. It just does.

So now please allow me to transition awkwardly into talking about socks, because I don’t know what else to do, and am still on painkillers and have hair that smells like cat food because my son spilled some on it this morning (don’t ask) and I can’t be bothered to wash it, and also have a brain that’s working at half-speed. 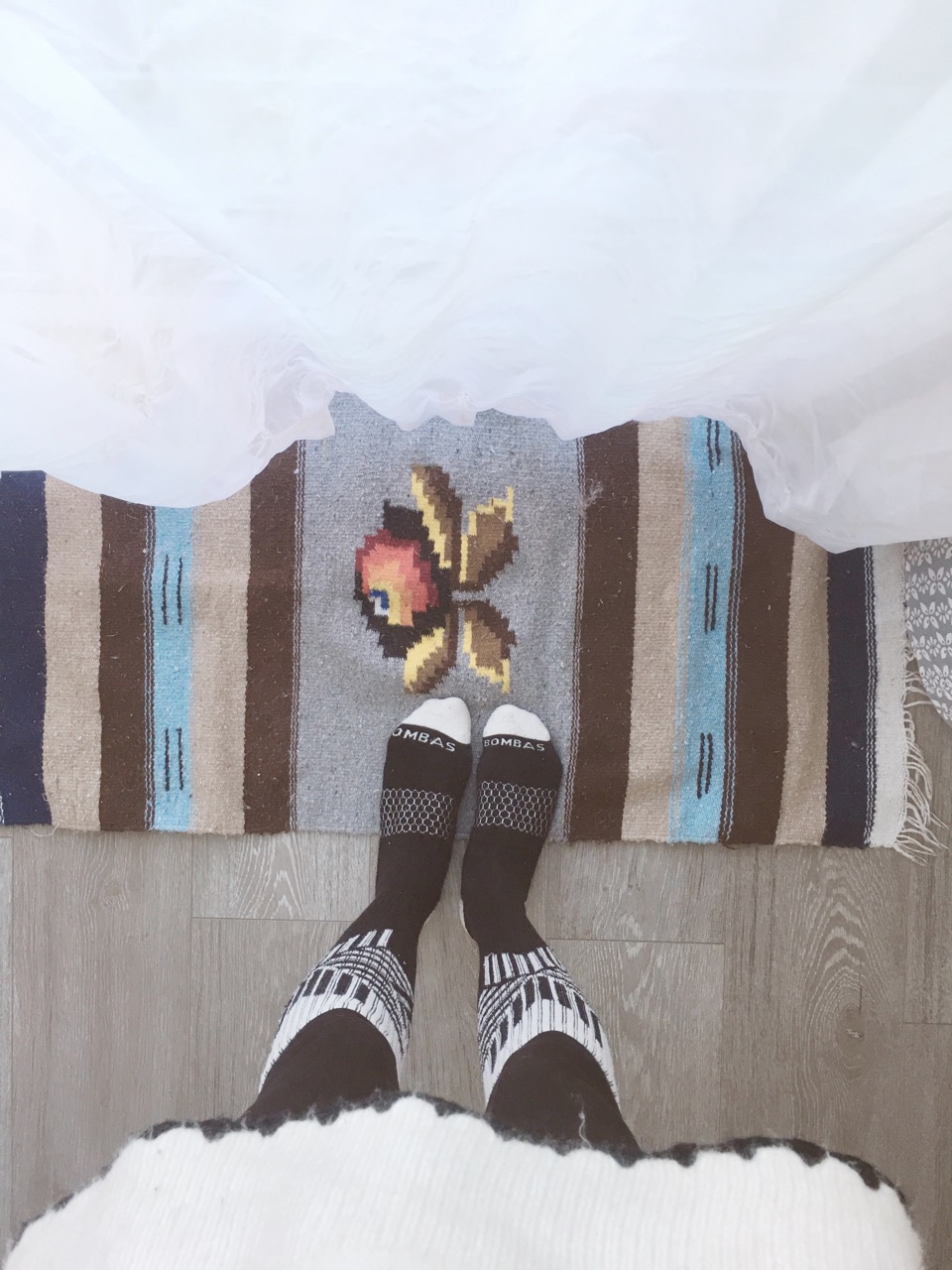 These are Bombas. The company donates a pair of socks to the homeless for each pair purchased. They are soft, and thick but not heavy, and just tight enough that they feel like they’re hugging your legs.

They are, in a word, comforting. And sometimes you need a little extra comfort – even if it’s just from a sock. 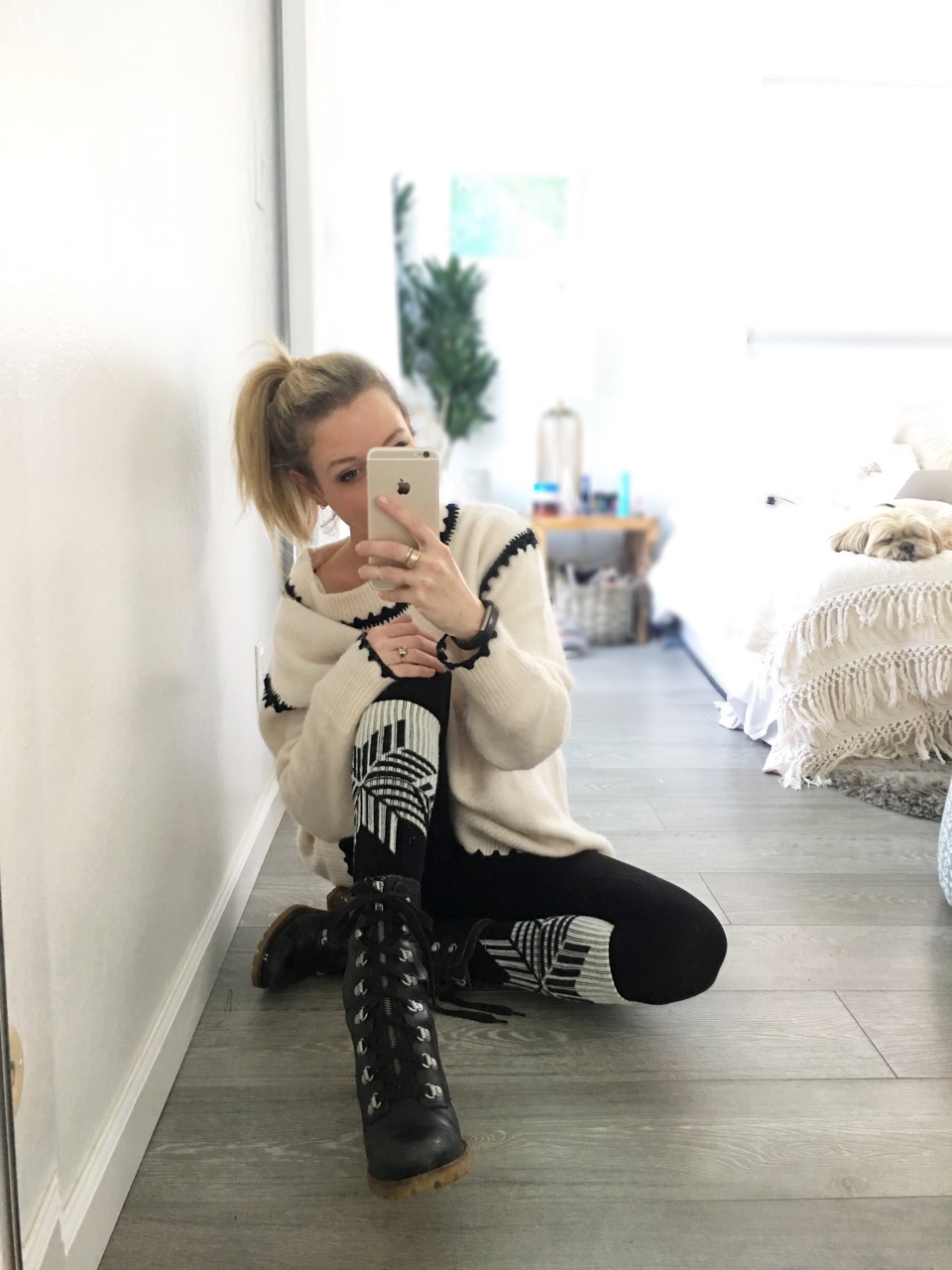 Also: thank you, from the bottom of my heart, for all the emails and notes and messages you guys have sent over these past few days. This community means more to me than words can possibly express…so I just wanted to say thanks for everything. And mostly for sticking with me.