Cracking Up: The Story Of My Divorce (Part Two) 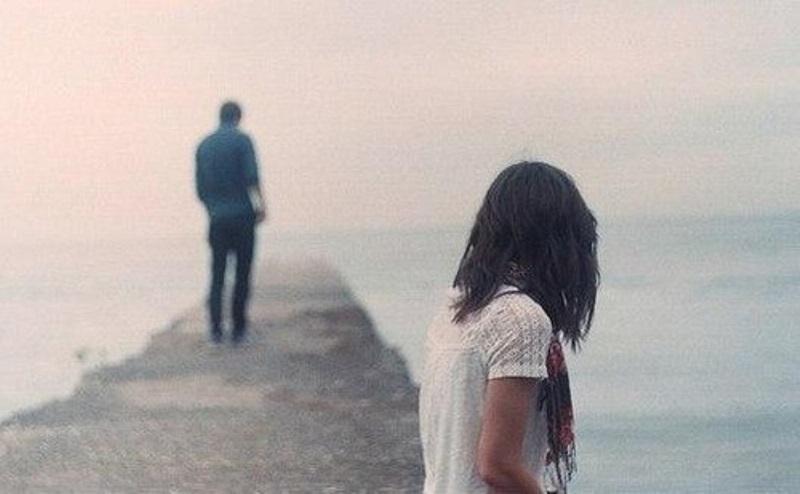 Very few people are capable of talking openly and honestly about crises in their lives, and even fewer are willing to explore these crises while they’re in the thick of them. This is part two of my friend EB’s story.

Read Part One here if you missed it.

We aren’t a couple who yells. We keep all of our dysfunction hidden behind wide smiles (me) and silences (him).

Several years ago, we had a fight before friends came over for dinner. I had asked him to vacuum while I cooked. He didn’t because he said I was too crazy about cleanliness. I was shaking when I opened the door. Yelling too loudly how happy I was to see everyone. Too quickly pouring the wine.

When we first got married, twelve years ago, I loved his silences. My own family is volatile. My childhood is marked by roars of full-throated anger. I’ve seen my dad punch walls and my mom break glass. Silence was what I wanted. It seemed safer to me.

My first Thanksgiving with his family, I brought my brother, who is also my best friend. When the table was cleared from dinner, we giggled as everyone politely licked their forks and kept them in their hands, waiting for dessert.

“Do they not make any more forks?” My brother asked.

No one responded. Maybe one of the aunts smiled.

As we stood in the doorway, putting on our boots to leave, everyone stood around us. No one said a word. I cleared my throat.

I choked. No one said anything. “Thanks for dinner,” I said, and ran out the door. My brother behind me, still saying “CRICKET!”

I laughed so hard I peed myself a little.

The silence was quaint. A new language I was all too happy to learn. Whenever I did yell, he’d frown. “You’re being crazy,” he’d say. “You are being too crazy.”

When our second baby was born, I was so tired I couldn’t not yell. I needed help, and I needed someone to hear me.

“Can you get medicine for that?” he would ask me when I called him, begging him to come home early from work so I could nap.

Silence can be a harbor. But silence is also a weapon. Things unsaid – but felt and believed – can still hold destructive power. Silence can squeeze and squeeze a person until they drown beneath its waves. For so many years, I never touched the silences. I think I must have known what I’d discover if I forced him to talk about the frowns, give voice to the constant turning away.

But last year, tired and overworked, frustrated by the silences that for three years I’d been trying to exorcise with therapy and countless couples date nights, I began to demand answers. Why hadn’t he read the books I’d written?

And this: Why did the fact that I’d achieved one of my lifelong dreams make him so unhappy?

Don’t push a silence, because it pushes back. The answers: He thinks my writing is immoral and wants me to quit my book projects. He thinks I have a string of mental illnesses that stem from my writing. Maybe I should get a medicine for that, he suggests. I’m not against medicine, but every doctor tells me I’m fine. He suggests they aren’t qualified because they are women.

I pushed on other silences, too, and discovered bitter resentments in every corner. But now that they were in the light, I wanted to air them out.

Let’s talk about them, I’d push. Let’s make this right again. But every time, learning what he had kept in silence hurt, and then hurt again. Nothing ever healed. Every talk was another chance for me to learn how I’d failed. My hair, my clothes, my mugs. The sound of my voice.

So now we sit in silence, just waiting it out until I can find a place and go.

A few days ago, he came to the room where I sleep now and asked to talk. He wanted to do all the conversational exercises I’d forced him to do years ago so we wouldn’t end up in this place. But this time, it was my turn to retreat into silence. I couldn’t take another truth. Not one more revelation.

When I do finally pack up, my brother says he will come help me. He promises to yell, “CRICKET, CRICKET” into every corner of the house.