The Season Of Lazy Is Upon Me 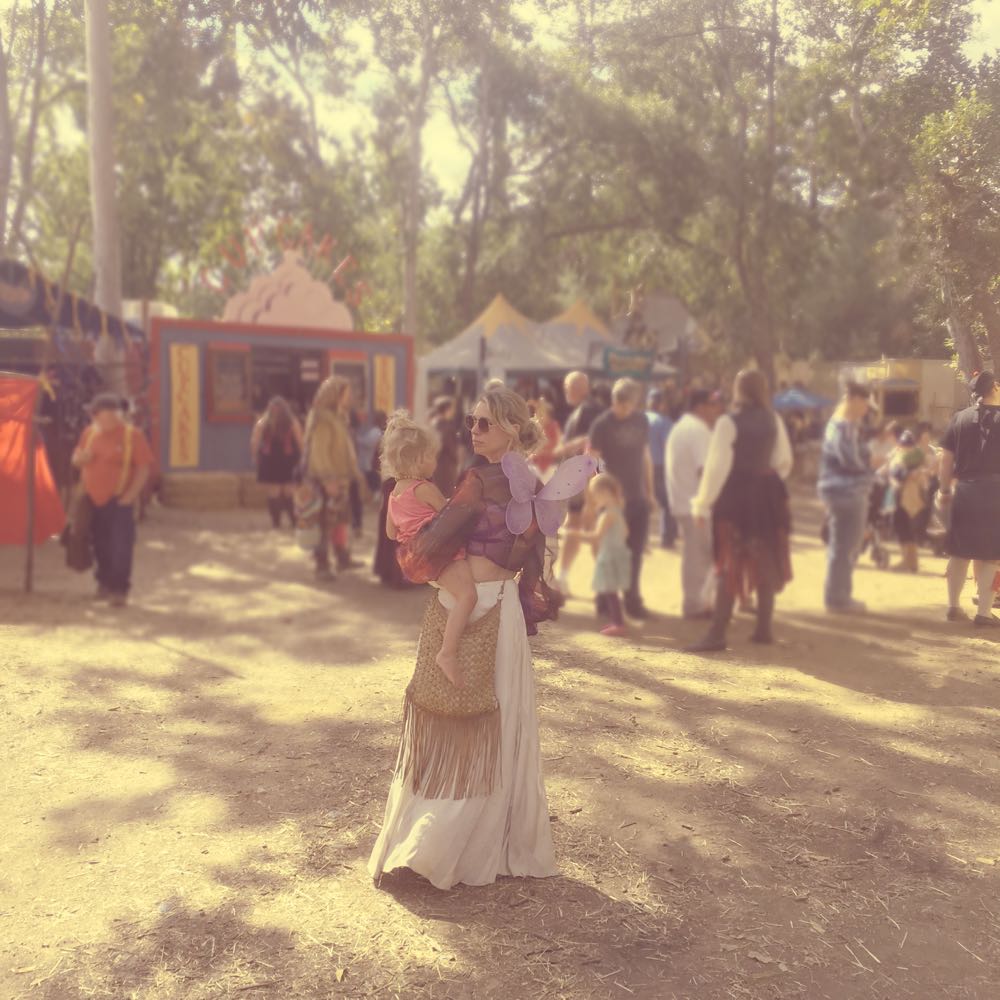 The overt purpose of this photograph, taken at last weekend’s Renaissance Faire, is to show you the wings that I am wearing. But before we get to that, I think that you should be aware that as relatively serene as I appear in this image, approximately five minutes after this was taken our daughter commenced what was literally – LITERALLY – the most epic meltdown she has ever had. And she is two years old, so we’re talking about a serious achievement.

See, what happened was that we did nothing at all, and this made her so furious that she decided to do a sort of full-body whiplash-thing while cracking her skull against my eye socket and chin (over and over) while I tried desperately to calm her via the delivery of things with sugar in them and an uncomfortably loud public rendition of Part Of Your World, and while passers-by looked on in what was unquestionably horror mixed with intense judgment of our parenting skills.

Oh yes, and she did this for half an hour. Straight.

Just thought you should know this.

Let’s back it up. 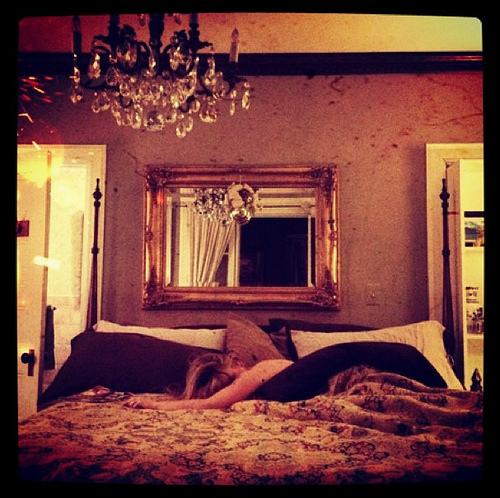 If you missed it back in 2013, please take a moment to read this story of a truly tragic Halloween Fail.

Halloween draws nigh (I have always wanted to say that! Hooray), and in households with four-year-olds, life pretty much revolves around the national emergency that is costume-procurement. Our son declared last Halloween that this year he wanted to be Toothless (the dragon from How To Train A Dragon), and in a total reversal of typical young-child behavior, stayed on track with this desire for eleven solid months. (Yes yes, I am fully aware that on October 30th he is going to declare that he HATES Toothless and will ONLY dress up in a <insert obscure and virtually-impossible-to-find costume>, but just let me enjoy myself for the time being, ‘kay?)

Over the weekend, Indy and I went on a just-us-two trip to one of those pop-up Halloween shops, and wandered the aisles for awhile (which, by the way, contain some EXTREMELY terrifying exhibits like massive hairy spiders that jump out at you and make you scream so loudly that your four-year-old gives you an extremely teenager-ish “GOD, mom” look). We found a werewolf head and a creepy zombie outfit, and briefly considered having Indy and Goldie dress up as Prince Charming and Cinderella (well, I considered this; Indy sort of just kept walking and gave me a get-that-mosquito-away-from-my-face-type wave). And then there it was: a Toothless costume. So we bought it (put it on immediately, obviously) and were about to be on our way, when I decided to just take a quick minute to stroll around the grownup costume section.

We know by now that I am the queen of lazy costumes, and so I briefly contemplated adding another item to my arsenal (which presently consists of a sparkly mask that I once wore to a formal, leftover Day Of The Dead stickers, and a few errant pom poms that are supposed to be in our crafting drawer). I considered a skeleton catsuit, or perhaps a sweatshirt with built-in cat ears that says “I’m A Cat” (I realllllly would like to own this). Except then I remembered that I have children now, and they have a costume drawer that I can TOTALLY PILLAGE.

Fairy wand? Done. Pirate eye-patch? Please, we’ve got like sixteen of those. Butterfly wings?!? Well, it depends: would I like pink, rainbow, or purple? It doesn’t really matter! BECAUSE I ALREADY OWN THEM ALL.

Or I could just dress up as an overstimulated two-year-old. Nothing more frightening than that.