I Tried Baby-Led Weaning By Accident (And It Worked) 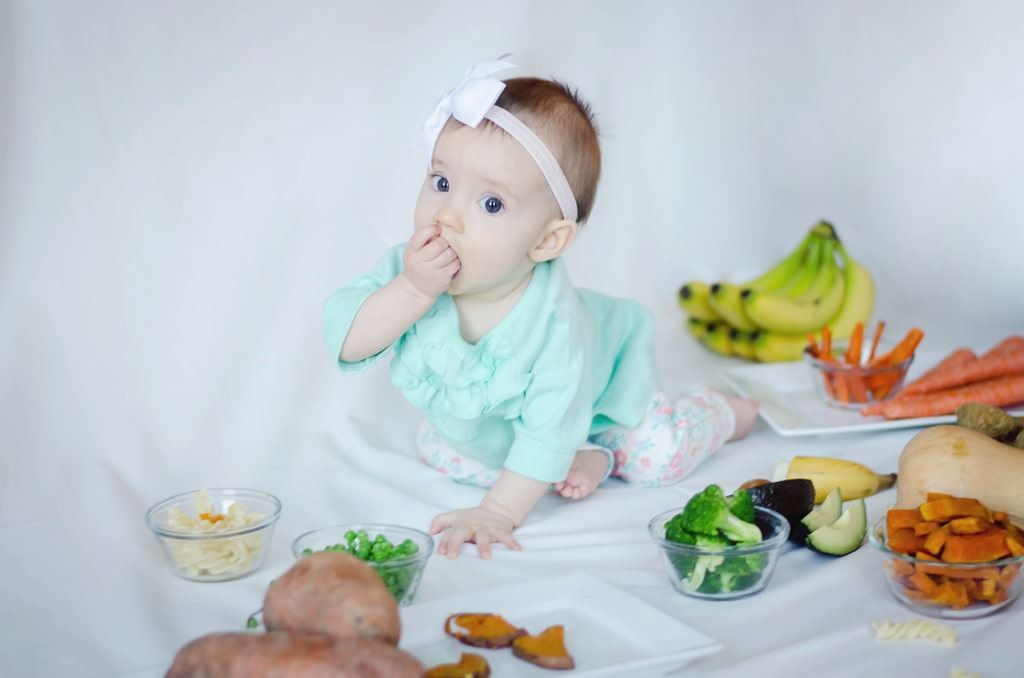 I didn’t sleep particularly well last night and have to get on an airplane today after a quick budget meeting with our district school board (please try not to be jealous), so I figured what the hell, let’s talk about controversial parenting techniques!

That should be relaxing.

You’ve always had such fun kid meals. I was wondering how you introduced the kids to eating finger foods/foods from outside of a jar or pouch. I’m struggling with my little guy who is now 11 months old…Any tips or tricks that you found worked for you?

A. This isn’t a fact that I tend to trumpet around (because aren’t Real Mothers supposed to be held rapt by every besyruped peach cube that their beloved offspring ingests?), but my attitude towards toddler mealtimes – with the exception of dinner, when we sit down together and at least attempt to interact with NO SCREAMING PLEASE – is essentially this: Distract them with food so mommy can have a second to look at Instagram and (maybe) eat something also.

How I’ve always semi-achieved this is by putting a bunch of interesting-looking (i.e. colorful) options on their tray or plate, and letting them do their thing, even if “their thing” is “use pureed peas to practice my balayage technique.”

Now, just to be clear, I don’t suggest abandoning six-month-olds with bone-in pork chops and going for a jog; I obviously chose healthy foods, cut them into small pieces, and closely monitored the eating process for safety reasons, but I also didn’t worry too much about what went where or how much of each food group was consumed. 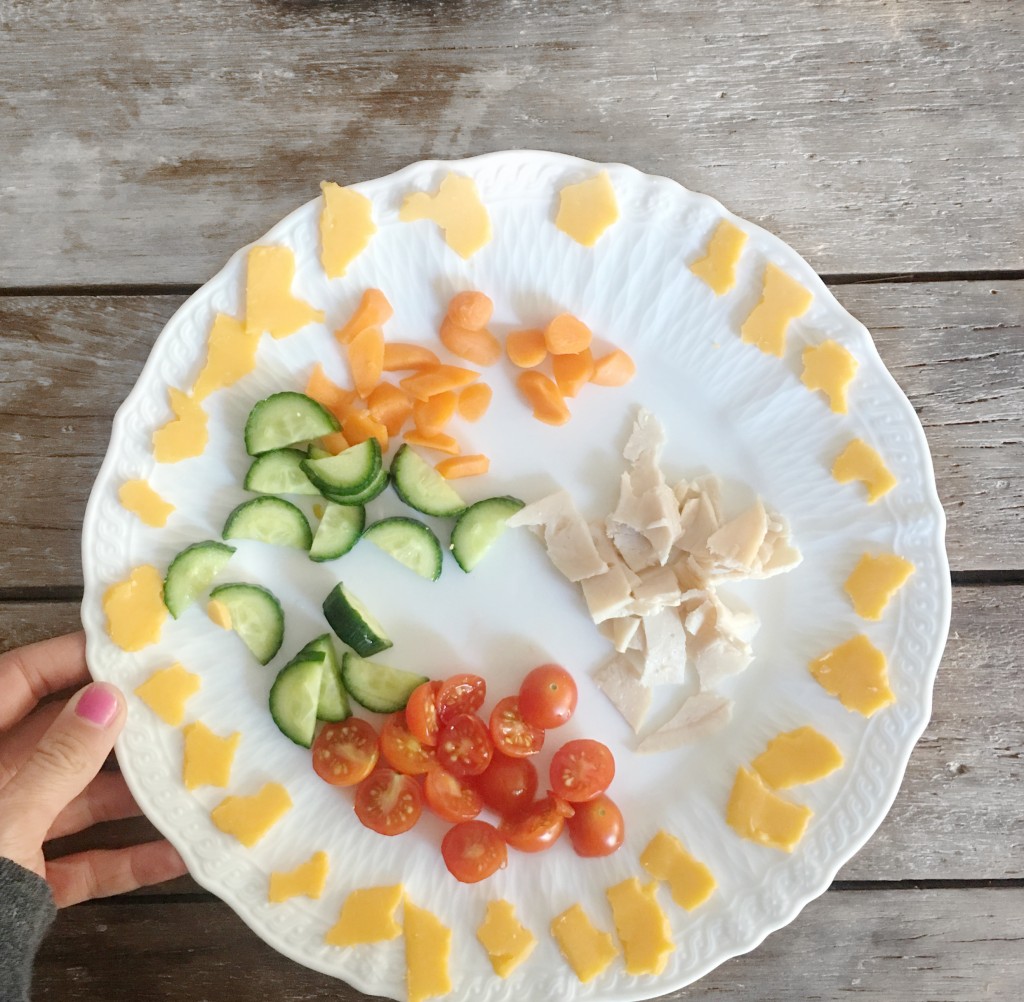 Here is my daughter’s lunch ( arrangement c/o my son).

As it turns out, that this thing I did simply because it seemed to work for me is a totally legitimate (albeit contested) practice called “baby-led weaning.” It’s essentially what it sounds like: you deposit a bunch of finger foods in front of them and let them figure it out (thereby encouraging independence and allegedly creating healthier eating patterns and et cetera et cetera). You let them get messy; you relax about how much they’re eating and whether they’re eating enough of this or too much of that, and you let them proceed at their own pace. (A handful of safety caveats about the practice can be found here, including do not ever leave your child alone with small things to eat and don’t feed them “whatever the family’s having” if what the family’s having is Big Macs…but presumably you know this already.)

Lest you think I chose this method because I’m this evolved, totally chilled-out mother devoted to the careful selection of the ideal food-delivery system to encourage independence and et cetera, allow me to clear things up: this was not a “choice.” It was just kind of what I had to do, because when I was starting my son on solids I had a lot of work and very little childcare, and when I was starting my daughter I had a lot of work and relatively little childcare, and…you know…another child. (Second children, I am learning, get ignored until the day they learn how to speak/yell, when they pay you back in a big way. Mine is currently winning gold medals left and right in the full-time sport of Lay On The Ground And Scream No.) Short story: If given the opportunity to stare at Perez Hilton for a hot minute, I was going to take it.

I have to say, though: Were I to have another baby, I’d totally do this again – and now for legitimate, semi-educated reasons as opposed to lazy ones. Both of my children are relatively (repeat: relatively) un-picky; both have good appetites and eat varied foods; both are pretty great at sitting still for the duration of meals and using adult-sized spoons and forks. (My daughter actually never used baby cutlery, again likely due to the fact that I was so much more scattered with her that my primary concern was, “Is she breathing? Then we’re probably good.”) This could just be their personalities – or me indulging in the whole “my progeny are so unuuuuuusual” thing – but given how different they are while still both being pretty great eaters seems to indicate that this was at least somewhat of a contributing factor.

Anyway. The real answer is no, I have no idea how to convince kids to eat beyond assuming they’ll figure it out at some point because if they don’t they will be unhappy. But if anyone else has suggestions other than my (accidental) baby-led weaning technique, please comment away!