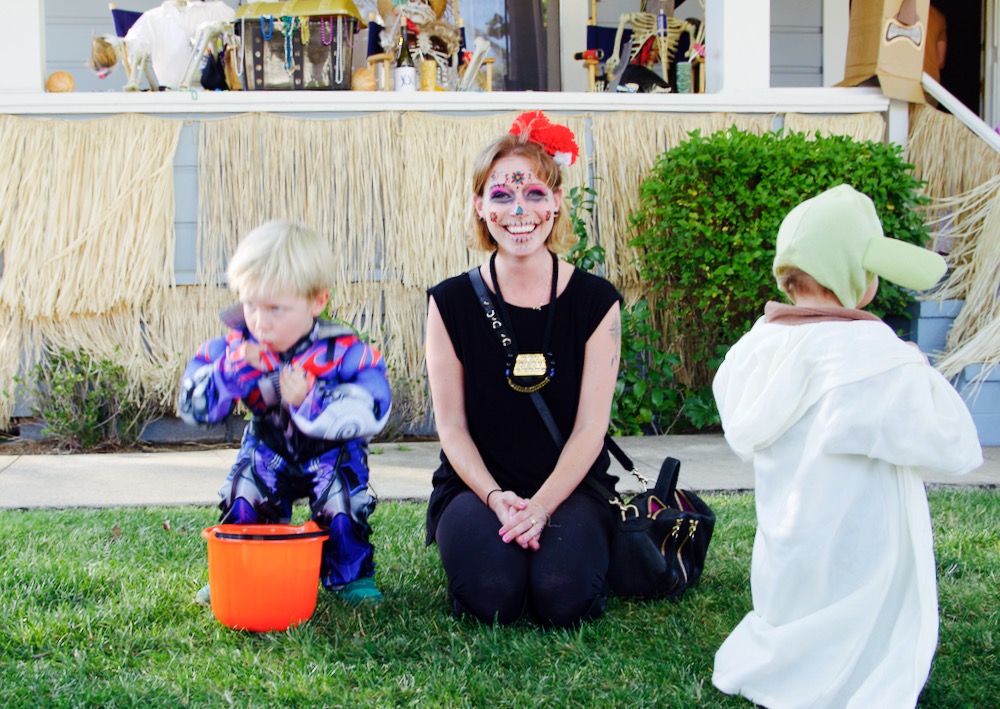 OK, so I spent the past three years living one town over from Sleepy Hollow – a.k.a. Washington Irving’s town, a.k.a. where the Haunted Horseman lives, a.k.a. Halloween Central. They really know how to do the Halloween thing over there, so I was expecting this year to be a little bit of a downer, spectacle-wise.

I have never in my life seen a town get into Halloween the way that the town we went to for trick-or-treating (Los Gatos, where our friends live) does. There were light shows. Some kind of nuclear power reactor display with steam and alarms. Costumed locals performing a fully-staged Thriller dance. A Britney Spears I’m a Slave for You snake that licked me (thereby eliciting from me exactly the reaction you’d expect, which was panic).

Our costumes: Indy was Optimus Prime (who, for the non-parents-of-four-year-olds among you, is a Transformer), I did a Dia de los Muertos thing because that let me put on cool makeup and do virtually nothing with the rest of my outfit, which is the kind of Halloween costume I like best, Kendrick was Han Solo (I obviously loved this, oh my sexy), and Goldie? 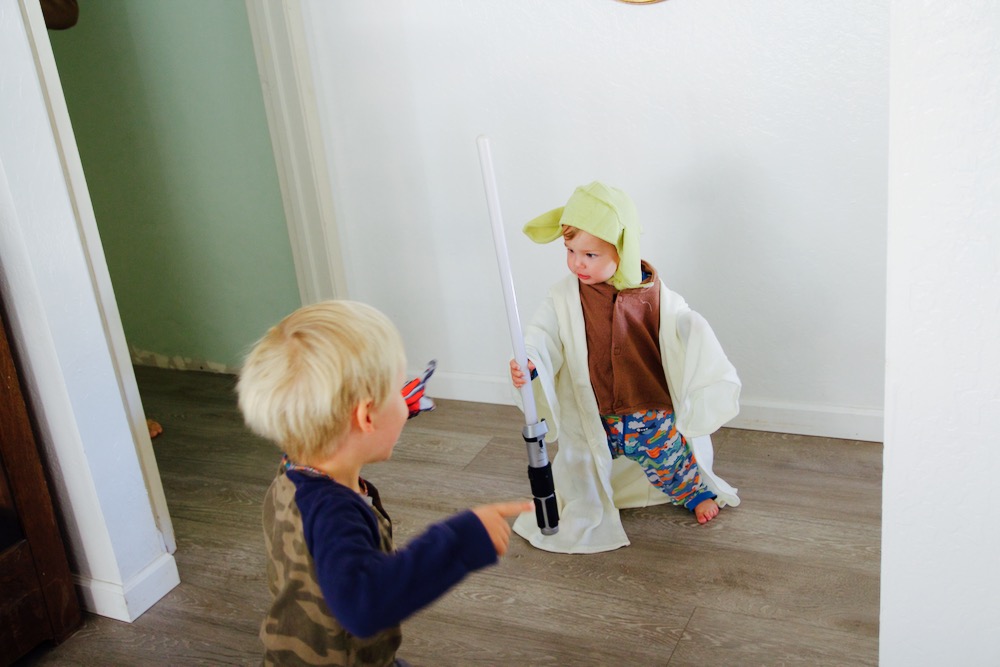 Look at my girl, feeling that force. 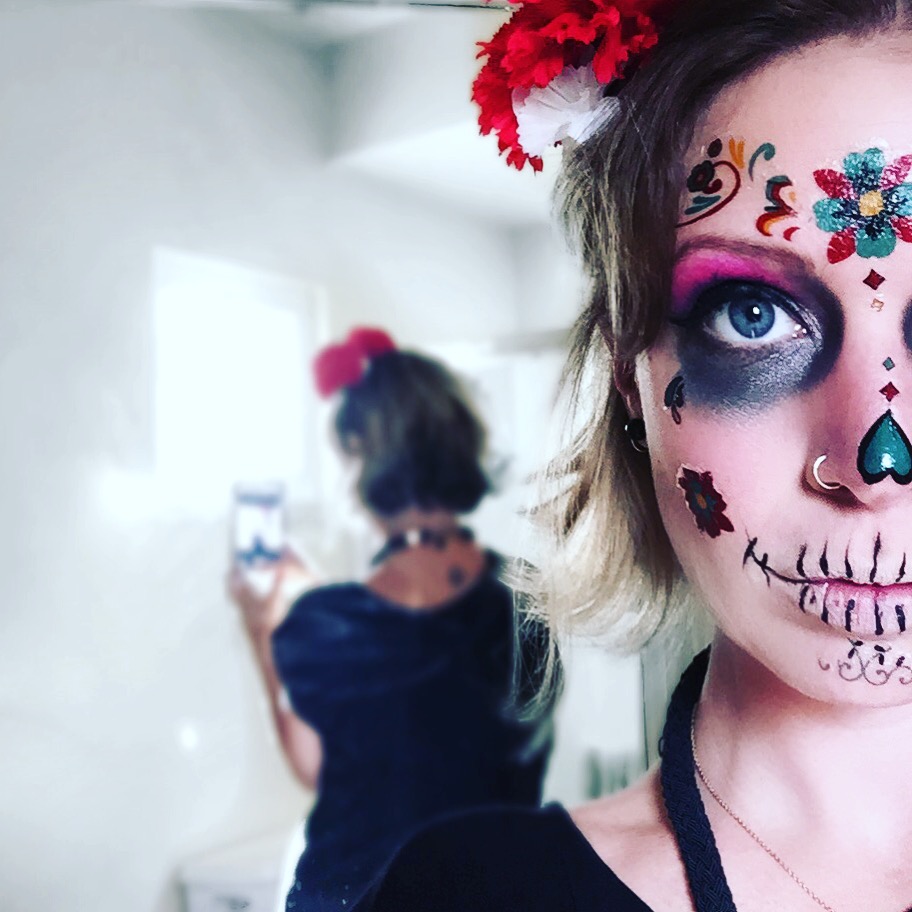 If you were wondering, taking off temporary face tattoos sucks exactly as much as you’d imagine it would. 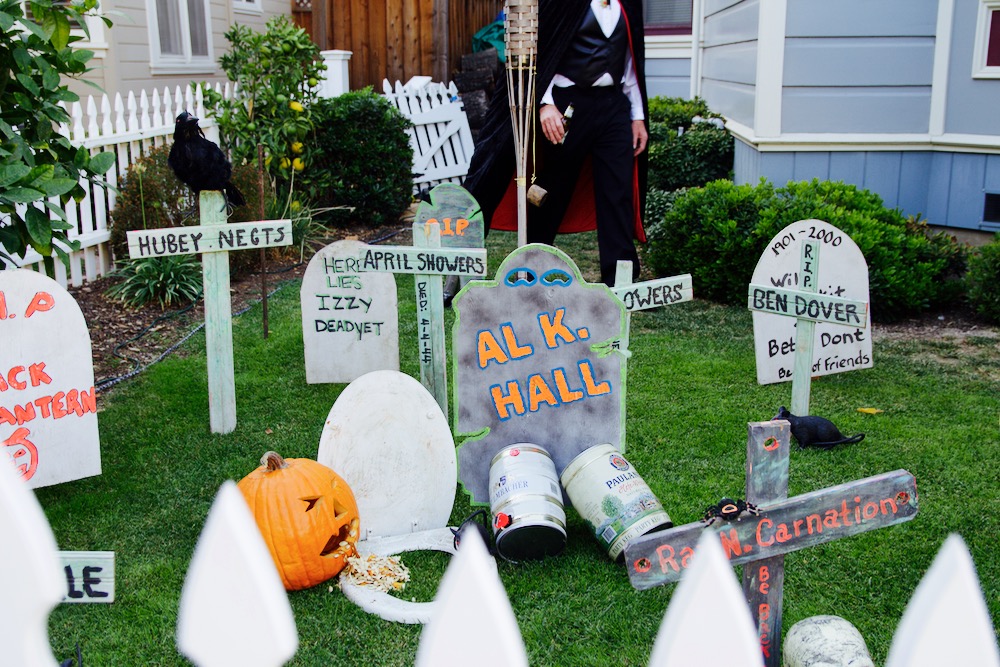 One of the displays in a Los Gatos front yard. 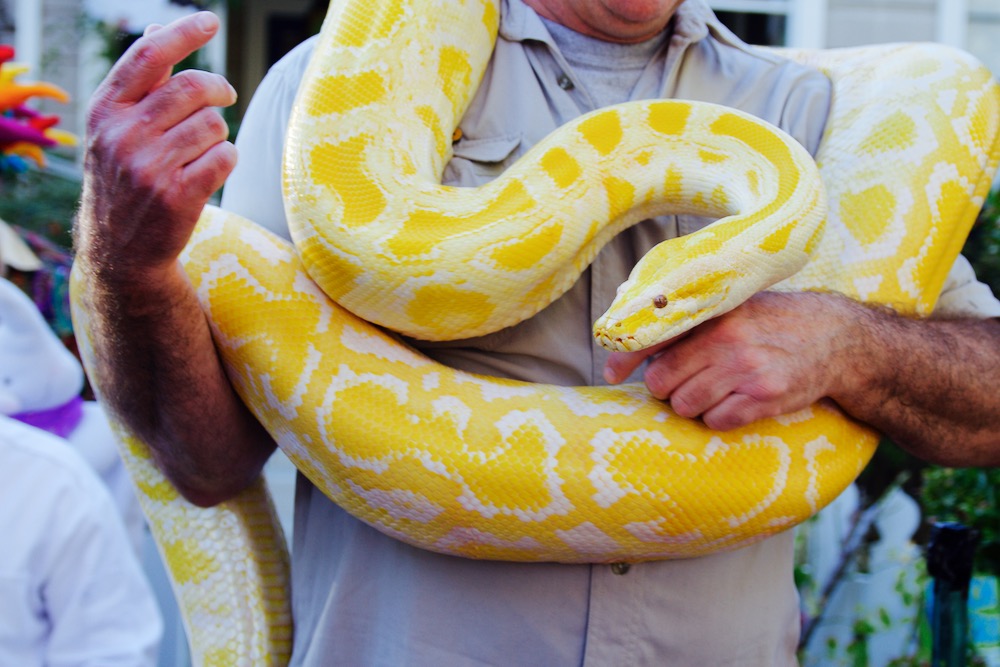 The snake that licked me. I did not enjoy this. 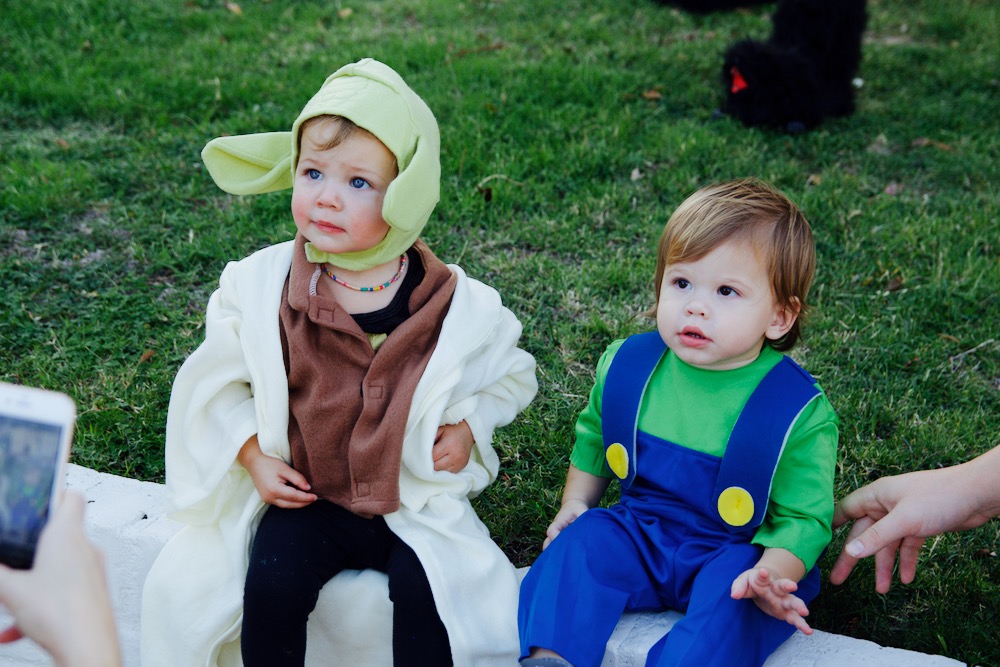 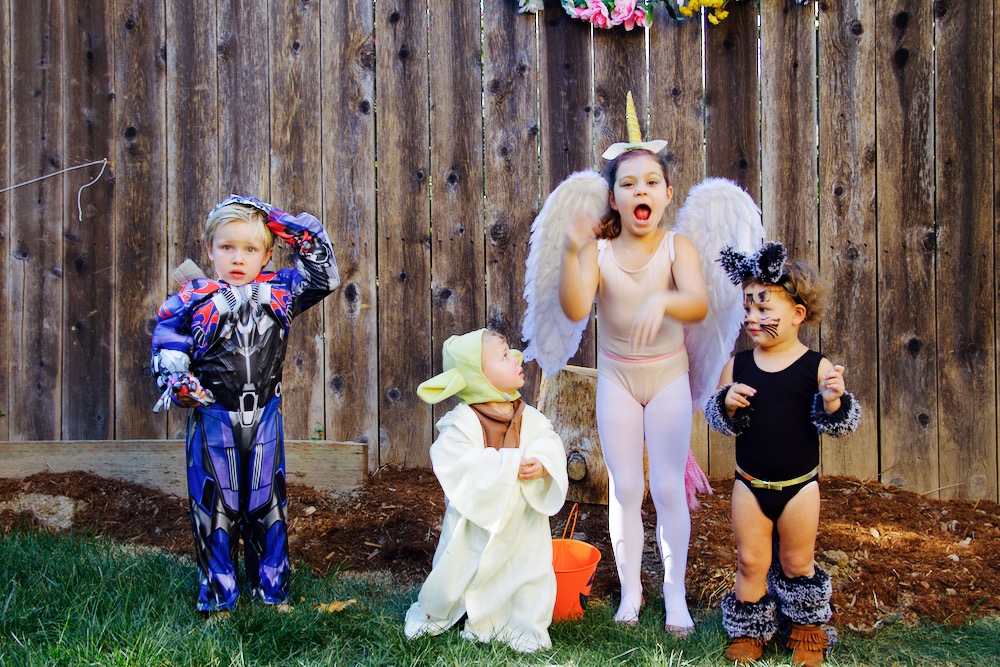 L to R: A slightly stunned Optimus Prime, Yoda, a unicorn, and the cutest little cat. 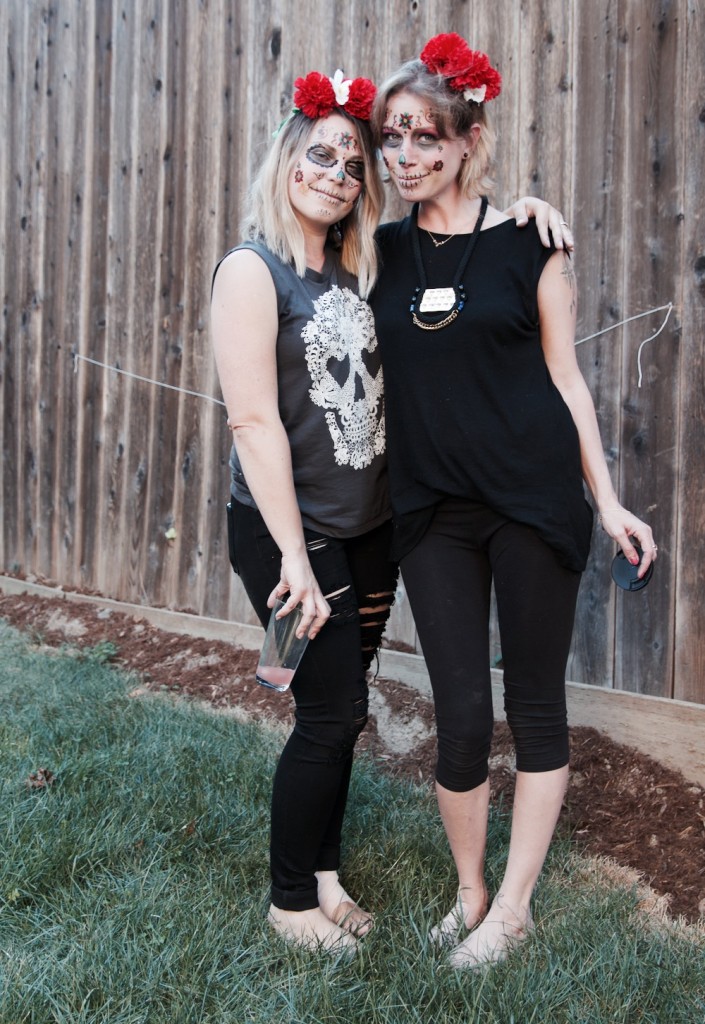 Dressed up from the neck up, which is exactly how I like it (leggings FTW). 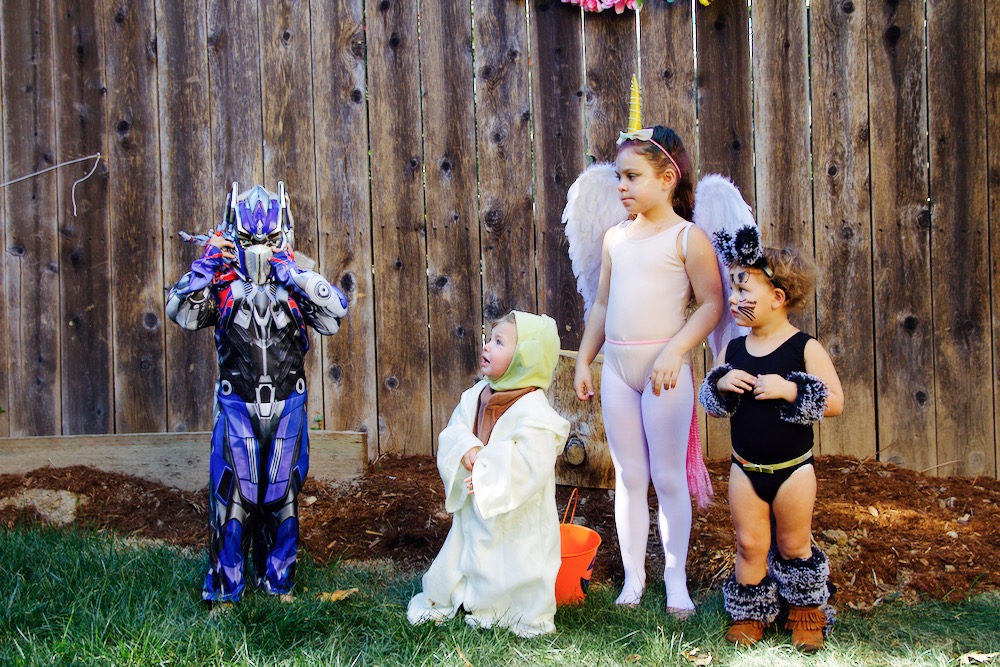 I love this picture. The girls look completely perplexed by the Transformer in their midst. 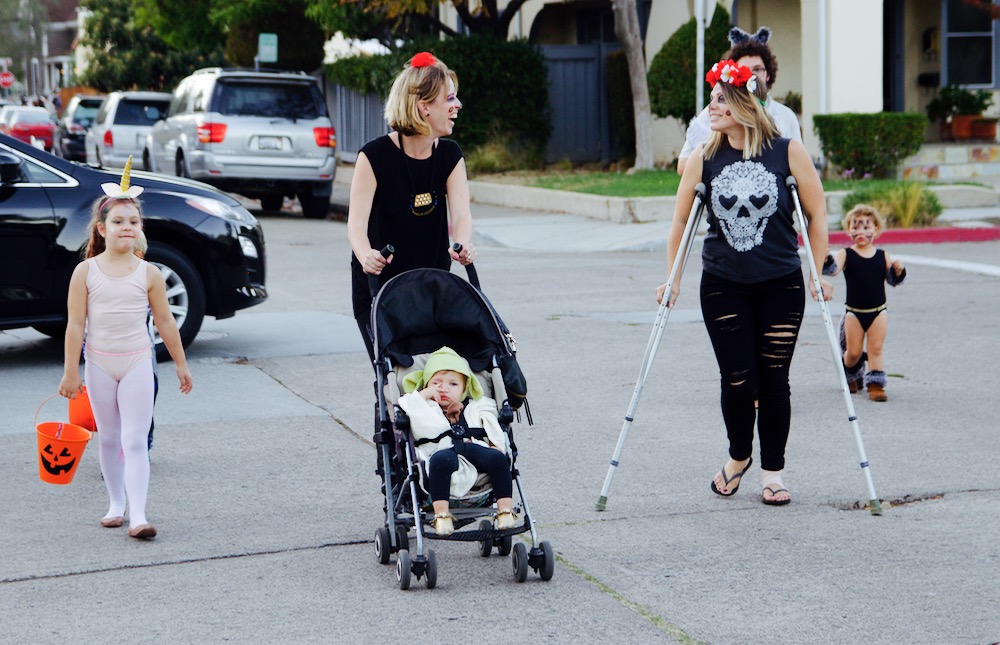 Wandering the streets in search of Snickers. 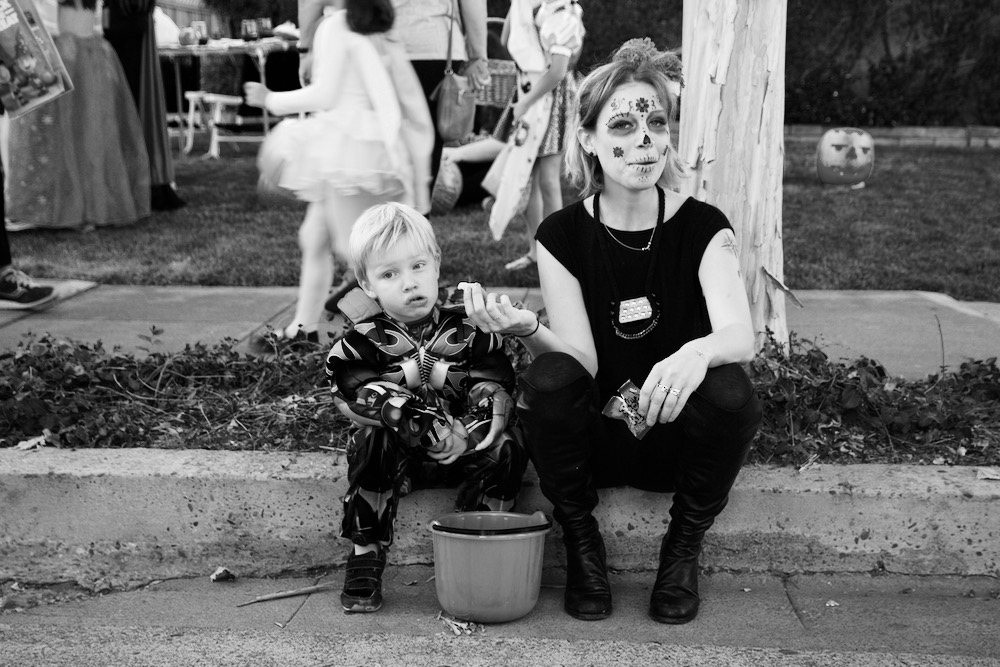 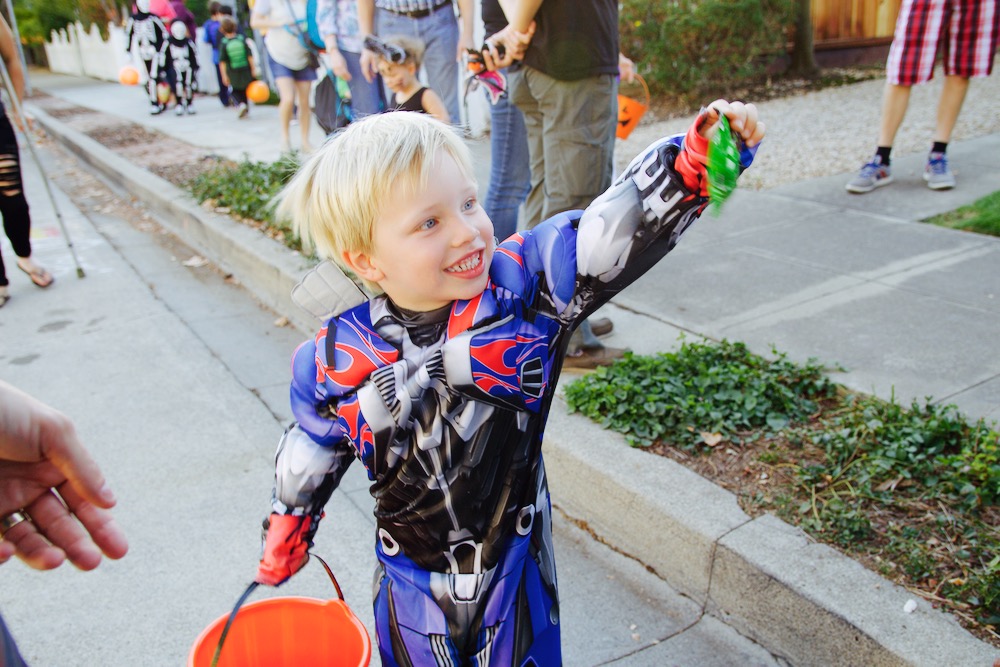 Look at the joy. And the cowlick! It’s like a perfect storm of four-year-old-ness. 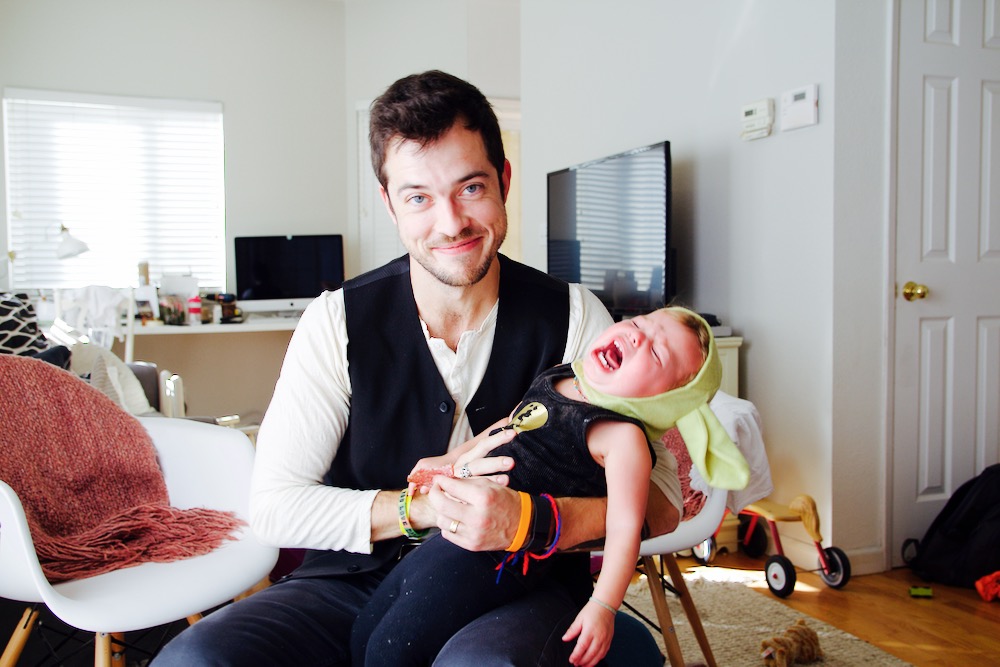 Aaaaaand this is how pretty much all Halloweens end, in my experience. With massively overtired, massively oversugared children. Whee!

Until next year. When (as Indy has already announced) we are apparently being a family of dragons.