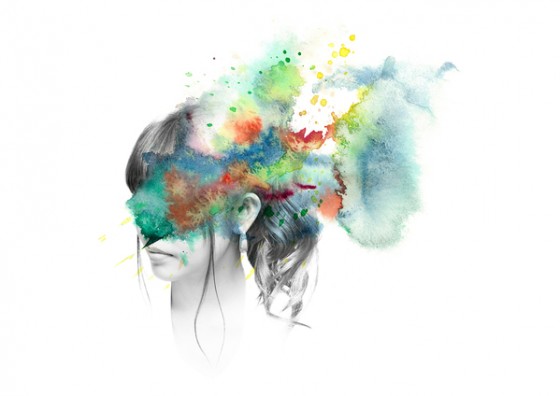 I’ve been writing Ramshackle Glam for nearly ten whole years – which means that there is a LOT of good stuff hanging out in my archives. So each Friday, we’ll be doing a little throwback to one of my personal favorites. This week, I got to thinking about sex and shame. I’ve recently rejoined the world of dating, and am finding that the rules have changed – a lot. Ghosting, breadcrumbing, the tendency towards extreme flakiness that comes along with the virtually limitless number of options (that are right! there! at your fingertips!) presented by dating apps. These are all brand-new to someone whose last experience being single transpired during the MySpace area.

One thing that hasn’t changed, as far as I can tell: The shame that women so often feel when confronted with their sexual history, regardless of where it lies along the spectrum of human experiences.

Yesterday I got a call from a friend – let’s call her “A” – that made me angrier than I’ve been in a long time.

A is dating a new guy, and this new guy might be the guy; as in, the guy she wants to be with forever. (Let’s call him “TG.”) And yesterday she called me crying, because she found out that on the night before her first date with TG a mutual “friend” of theirs – a man whom she’d dated years and years ago – took it upon himself to tell TG not only about their past, but about all her past. In exhaustive, disgusting, disrespectful detail, with the express purpose of making her sound like she’d done nothing for the past decade except jump from man to man. He told stories about her that made her sound careless; not like the “kind of woman” TG should date. And so I suppose he had another purpose, as well: to use this “information” to shame her, and to make TG see her – a potential long-term partner – as something less than what she is.

To make her sound worthless.

Let’s talk about the world “slut” for a second.

The word is a disgusting one – one that I wish would be stricken from all our vocabularies – but even more problematic than those four letters is the rage behind them. Using someone’s search for companionship – their most vulnerable explorations of themselves – to reduce them to nothing more than a number…it’s been said a million times over, but it’s worth saying again:

Having sex does not make a woman a slut.

Making mistakes does not make a woman a slut.

Nothing makes a woman deserving of being called a slut.

A and I talked about this yesterday for a long time, and later on she texted me and told me to write about it (and just to be clear, she OK-ed every single word in this post), because while her situation may sound specific, this is a kind of disrespect that we see when we’re twelve, when we’re twenty, and apparently even when we’re well beyond the years of careless teenage slurs. It keeps on going, that sense of shame that women are made to feel when they think of their past.

And my friend A? She dated – casually – a lot. And almost without fail, she chose the people with whom she spent her time carefully, and she learned something – took something wonderful away – from nearly every one. I watched her do this for years, watched her learn and explore and be mindful and smart about her choices, and what she taught me was that it possible to be a woman and to enjoy dating – and sex – not only in the service of finding someone to spend your life with…but just because you enjoy them. It is possible to date – and to have sex – for fun, without some grand overarching purpose, and to still respect yourself and your limits and your body.

I know this because I saw A do it, and I admired her for the care that she took with her heart and her body and her head while still exploring herself in the way that felt right to her. And now she has grown into someone wiser about relationships – and about life – than most people I know.

But let’s put aside for a moment the fact that A has always worked to make good choices, and has come out the wiser for them.

What if her past was full of partners she wishes she hadn’t chosen?

Then she’d be human. And she’d still be worthy of all the love in the world.

So when this guy – this bitter, angry person – turned around and shared information about her that was so deeply personal, and tried to twist those stories into something shameful, he did her a wrong beyond measure. He tried to suggest that for her to have enjoyed her body while being a intelligent, careful woman of consenting age made her somehow less valuable as a partner and as a person.

So often when the subject of women and sex comes up, it gets reduced to a simple equation: number of partners up, worth down. But you know what that equation doesn’t include? How those decisions were made. How the woman felt about those decisions. It doesn’t include the actual humans behind those numbers, all the experiences and emotions and romance and anger and lessons that came with each and every one.