Putting It On My Succulent 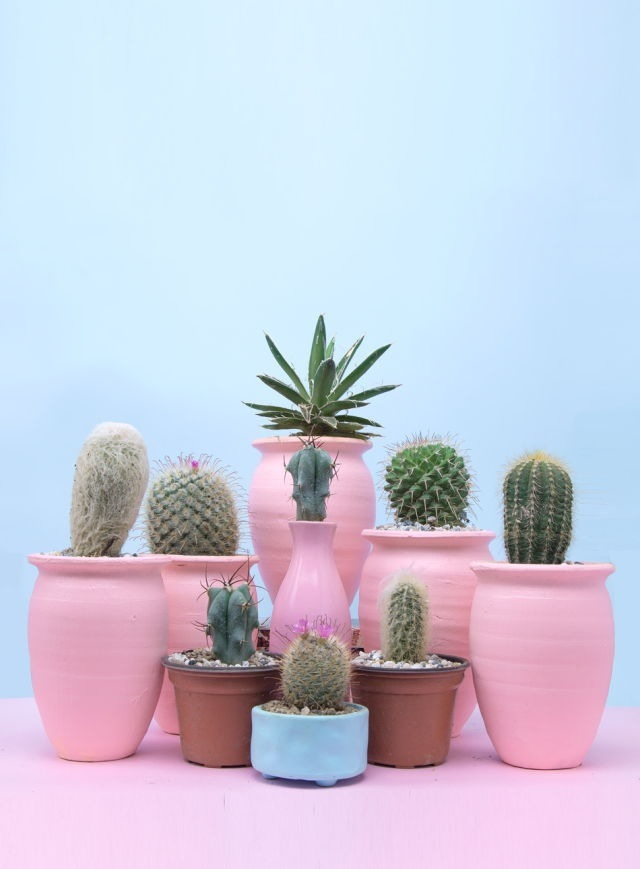 I may need more than one.

Francesca has, as of late, been using the word “manifest” in casual conversation more than I’m reasonably able to handle. (And I have told her as much, e.g. “I love you very much, but if you keep telling me to manifest I will put you on mute.”)

Look, I had a meditation coach for awhile. I spent my high school years practicing Wicca, and really wanted to buy a massive, perfectly round crystal I saw in a store the other day. I am, in other words, not completely sans woo elements in my own personality. (And please be aware that I use the term “woo” – as in “woo-woo” – with a big spoonful of affection; I respect and appreciate that people explore their inner selves in various ways that sure, may appear a little odd to others, but that work for them. Yay for spirituality and self-exploration. Yay for crystals and meditation. Just please don’t make me manifest.)

Which brings me to an article I read in The Cut the other day about the author’s experience attending a manifestation workshop. During this workshop, she imagined liquid gold being poured all over her body, and drank Instagrammable water. She also mentally conjured up a succulent, and then (mentally) put her career goal on top of it. So that it would…grow? …Be grounded? I’m not sure.

What I am sure of: Henceforth, I shall be referring to life goals – career-related and otherwise – with the phrase “Putting it on the succulent.”

I think you should join me on this one.

About those life goals, though. I’ve been thinking, these past few weeks, as I approach my late thirties and the midlife crisis that is virtually certain to arrive with them: I’m about to reach a full decade as a professional blogger (and author, but really: blogging is how those bills get paid). One of the many aspects of this job that I’ve always loved is how many different things it’s allowed me to do…but the way I make money has been more or less the same for virtually the entirety of my career (apart from The Years That Shall Not Be Mentioned, even though I mention them all the time). When I look back at my life – and specifically the “working” part of my life – thirty years from now, will that second half look like the first? I doubt it. And the more I percolate on this (or succulent on it, perhaps?), the more curious I grow to find out where that second half will land me.

Starting Out As A Blogger: What I Wish I’d Known

Behind the (Blogging) Curtain

These past ten years, since I started blogging, have been quite a ride. When all this started, there were like twelve of us, running around New York City in search of free jeans and champagne, and trying to figure out how to somehow pay our rent in the meantime (the champagne was, of course, the priority). At the time, many companies happily handed over beauty products and such in exchange for mentions on websites, but only a handful were willing to explore the idea of working with “influencers” in a more concrete way, and one that involved the exchange of actual money for work. (The term “influencer,” as an aside, didn’t start getting thrown around until a couple of years later. I remember being called an influencer for the first time somewhere around 2014 and getting all bristly. “Excuse me,” I said, “I am a WRITER. Who…makes a living by working with companies on advertising campaigns predicated upon my ability to…influence.

Influencers used to be the risky, out-of-the-box choice for advertisers, and companies approached us like the experiments we were. We crafted concepts for them; art-directed shoots; wrote copy. In some ways, we acted as strategic consultants, because – whether or not it was true – the majority of the companies who hired us (or at least the ones I worked with) trusted that in the online space, it was us who knew best what our audiences wanted. 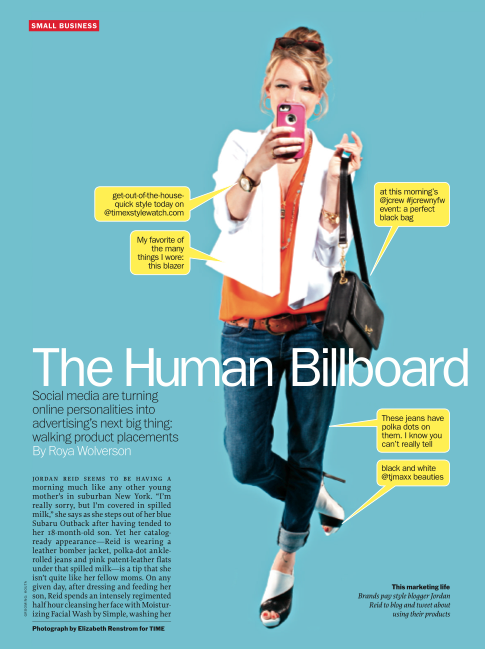 Things have changed. The way social media (blogging itself seems to be the least of it, at least in terms of where campaigns are directed) looks and feels has undergone a fundamental and dramatic shift. The industry’s ability to track success (in the form of sales, which is The Most Important Thing) has evolved dramatically, and sure, content creators might know more than the brands that hire them about some things, but it’s safe to say that brands now have a handle on how – and with whom – to use social media to generate the most revenue. I’m not faulting them at all – that’s how advertising works – and when you’re talking about an industry this profitable, of course that’s what’s going to happen. But I’m starting to feel like I tried to open a restaurant, and all of a sudden found myself running a trampoline park. It’s fine. It’s fun, even. It’s just not…exactly what I…do.

See, way back in the way-back beginning, blogging (which was all social media really used to consist of) started out as an organic, free space for people to express themselves and interact with others. And then some people (myself included) saw the chance to express ourselves and support ourselves by working advertisements into our sites – and hooooly, did we ever get pushback from people who wanted the space to stay commercial-free (presciently noting, perhaps, the degree to which profit can very quickly become the point). We tried to convince companies that we were worth spending advertising dollars on…and it turned out that we were right: social media quickly became a hugely profitable way for companies to advertise. And now advertising has, to some extent, taken over, simply by rewarding those whose primary platform is to sell.

Check Out All My Blog Advice Posts

Again, I’m not knocking sites that focus on sales or the brands that support them; I’m truly not. I’ve always loved the advertising side of this business. I think it’s exciting to have a company say, “Here’s a product. Use it, and tell the story of using it.” It’s interesting, and gives me the chance to try out and write about things I might never have thought of. But while I’ve been pretty thrilled to earn a living from writing, this site has never really been about stuff. I may write about moisturizers and cleaning products because I’m a person who enjoys writing about moisturizers and cleaning products (see: multitudes-containing), but what I feel like has really happened here is that we’ve spent the past many years going on a hard, weird, joyful journey together. So many of you have been here since the very beginning, and together we’ve gone through marriages, children, moves, losses. All of it. I love this space. I love writing. I don’t know that I love the direction the professional social media industry has taken, and it’s odd to find myself a part of it, as it exists nowadays.

I wonder whether it’s possible to keep it as my primary source of income in the very long-term.

I wonder whether I want to. 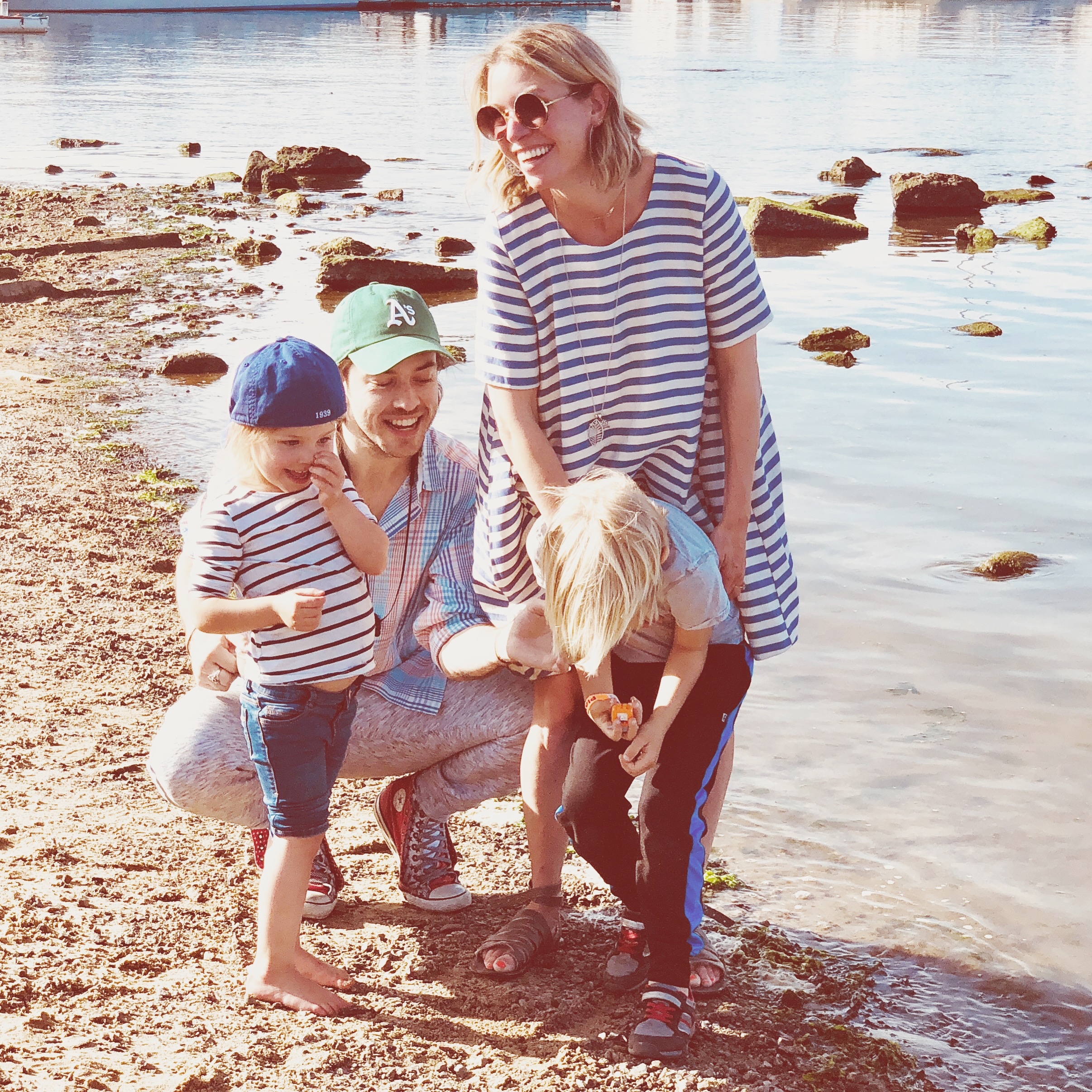 Going to title this photo “What really matters.”

For years, people have been asking me, “Where do you see yourself in five years?” – and my answer has always been “I have no idea.” Because I really haven’t known; the one consistent in my career has been that completely unforeseeable curveballs get tossed my way, and so I just roll with them…because why not? But you know what my career goal right now is? To be able to answer that five-year question.

So today, right now, that’s what I’m putting on my succulent: The answer to what I want to do in the next part.

(FINE. I guess you could call this manifesting. But I’d so rather we didn’t.)