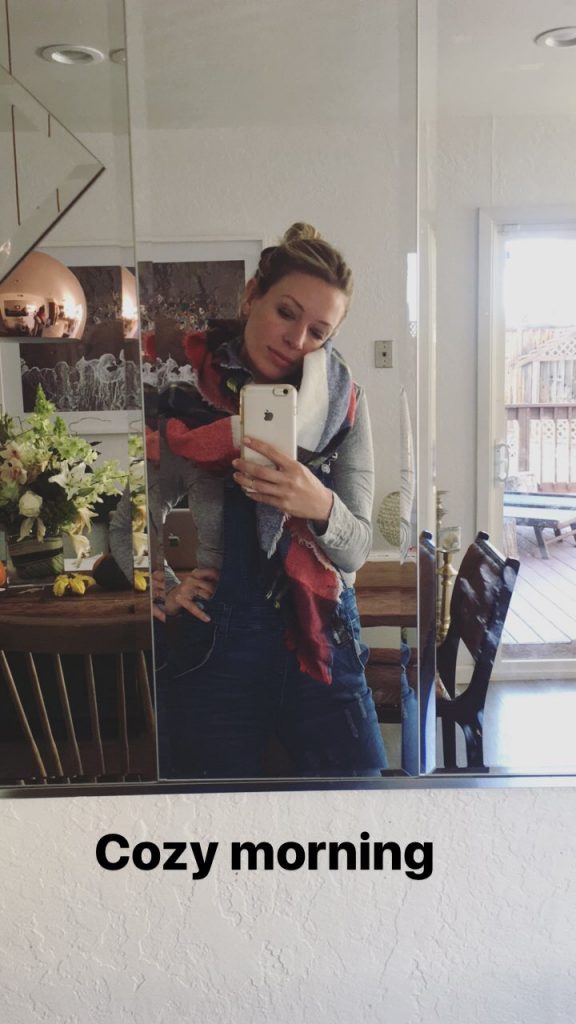 Alright, so it turns out I love Instagram Stories. When it first came out (about thirty seconds after I finally swallowed my pride and joined Snapchat) I had no idea whether I’d ever actually use the thing. Or, if I did, how I’d use it any differently from Snapchat, aside from the fact that on Snapchat I could look like a nervous deer if I wanted to.

For awhile I just fed my Snapchat over to IG Stories, but that seemed lame. And isn’t the point of these two particular, in-the-moment channels, to be…fun? So I decided that I’d treat them completely differently.

To that second point: plenty of elements of that particular life choice (the NonSociety Tumblring one, I mean) were questionable, but dramatics aside, blogging back in those Wild West days was fun. Brands, for the most part, had no idea what to do with this whole “blogger” phenomenon, and everybody was just trying to feel things out. While the industry has obviously evolved in exciting ways (and ways that make it possible to have blogging be a legitimate career), I love looking back through those posts from the 2009-2011 era (also known as Blogging B.K., or Before Kids).

Back then, I spent nearly every night tromping around town from one event to another with the same smallish group of women (including Katy Atlas of Sugarlaws, Keiko Lynn, Christina Caradona of Trop Rouge, Meghan Donovan of Wit and Whimsy, Christine Cameron of My Style Pill, Amber Katz of Rouge 18, Natalie Suarez of Natalie Off Duty, and maybe 5 or 10 others). We all showed up to all the events, because excuse me there was free champagne and the possibility that someone might let us leave with a pair of jeans. And yes, jeans are fun, but honestly: the best part of those events was that everyone – from the brand reps to the event organizers to the attendees – was excited to be there. Not because they were getting paid, or because they were contractually obligated to be there…just because it was. Exciting.

When I started my blog, my primary content-generation method was to use my brand-new, rockin’ iPhone 3G to upload photos, quotes, and songs (and sure, sometimes actual writing) to my Tumblr feed maybe six to eight times a day. The posts I put up nowadays are Posts; they’re frequently photographed by professionals; they always include actual “content” (a.k.a. long-form writing), for better or for worse. Professional blogging is a whole different thing nowadays, and I’m good at some parts of it and perhaps less-good at others (creating outfit posts that look like a Vogue pictorial, for example; I am less-good at that). I think the work I do now ostensibly has more value, largely because I’ve been at this a long time and am not super interested in posting completely out-of-context scarf pictures, no matter how cute said scarf may be.

Not everything about the early days of blogging was great – the absence of income, the rampant nondisclosure and the emphasis on “getting stuff” stand as salient examples – but I sometimes feel nostalgic for the silliness, the imperfectness, the lo-tech feel of that era. The excitement. The photos I put up back then weren’t lit and filtered creations…they were just photos of whatever was happening.

Which is a reallllly long way to say that I’m super into Instagram Stories at the moment, because it lets me swim around in what was fun about early-era blogging without having to actually be in my twenties again, because me not being in my twenties anymore is a really, really good thing for all involved.

Some recent OOTD-type posts from my Insta Stories, because OOTDs are always fun. 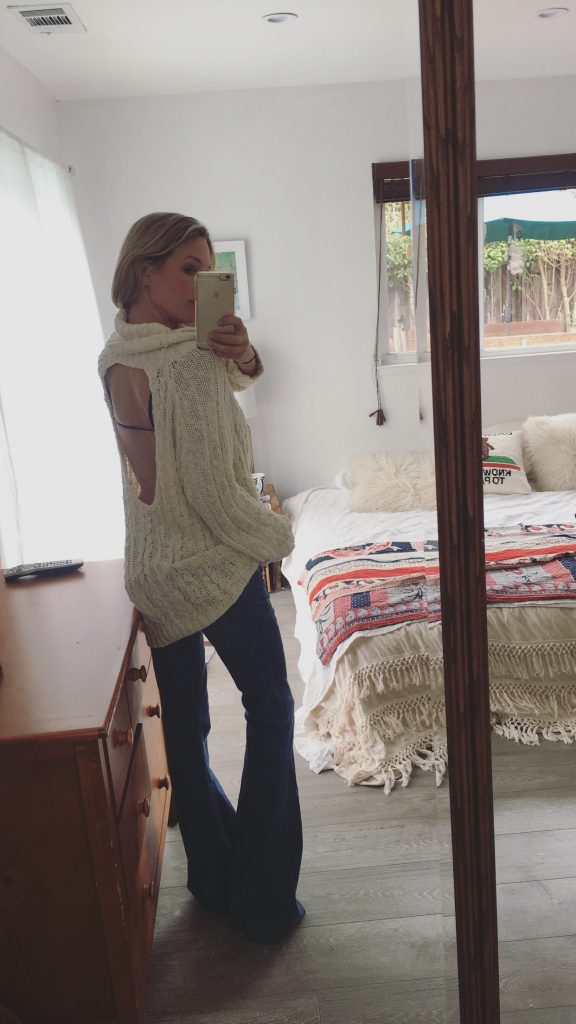 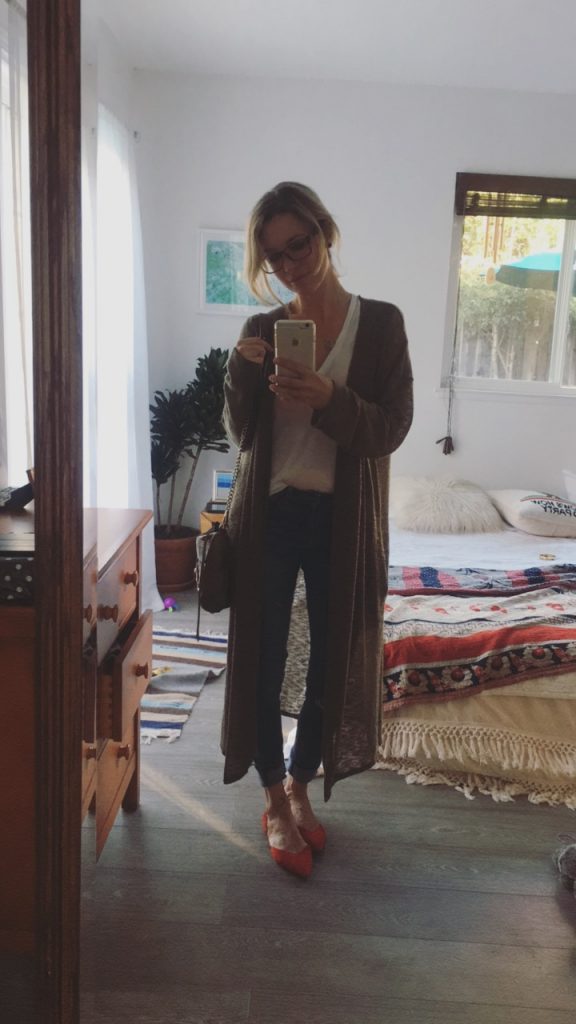 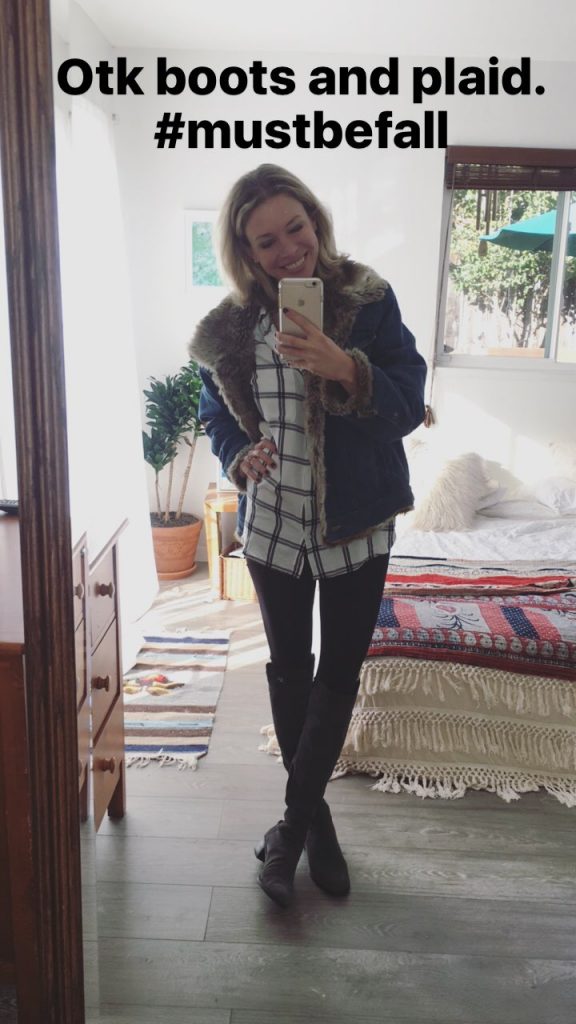 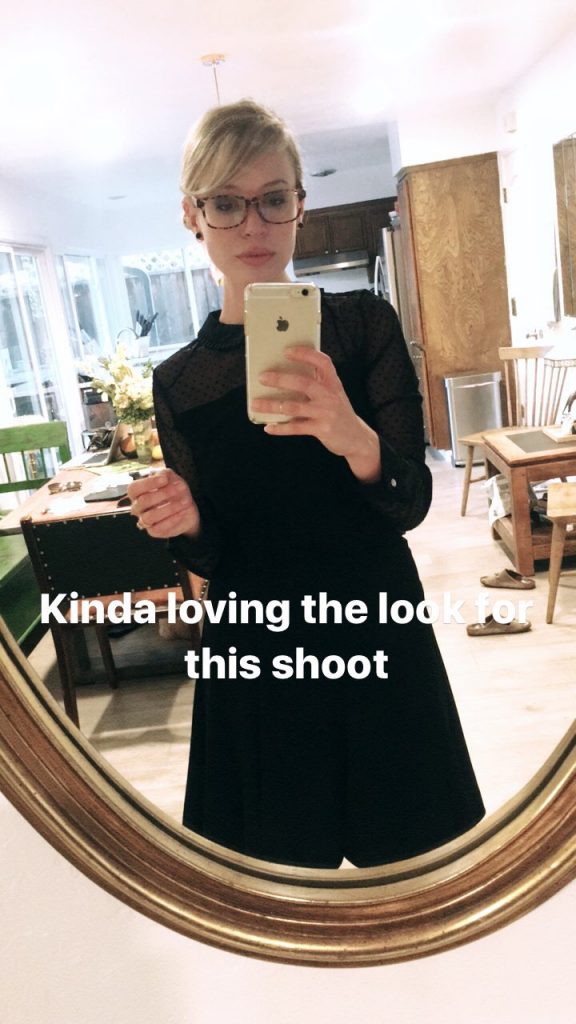