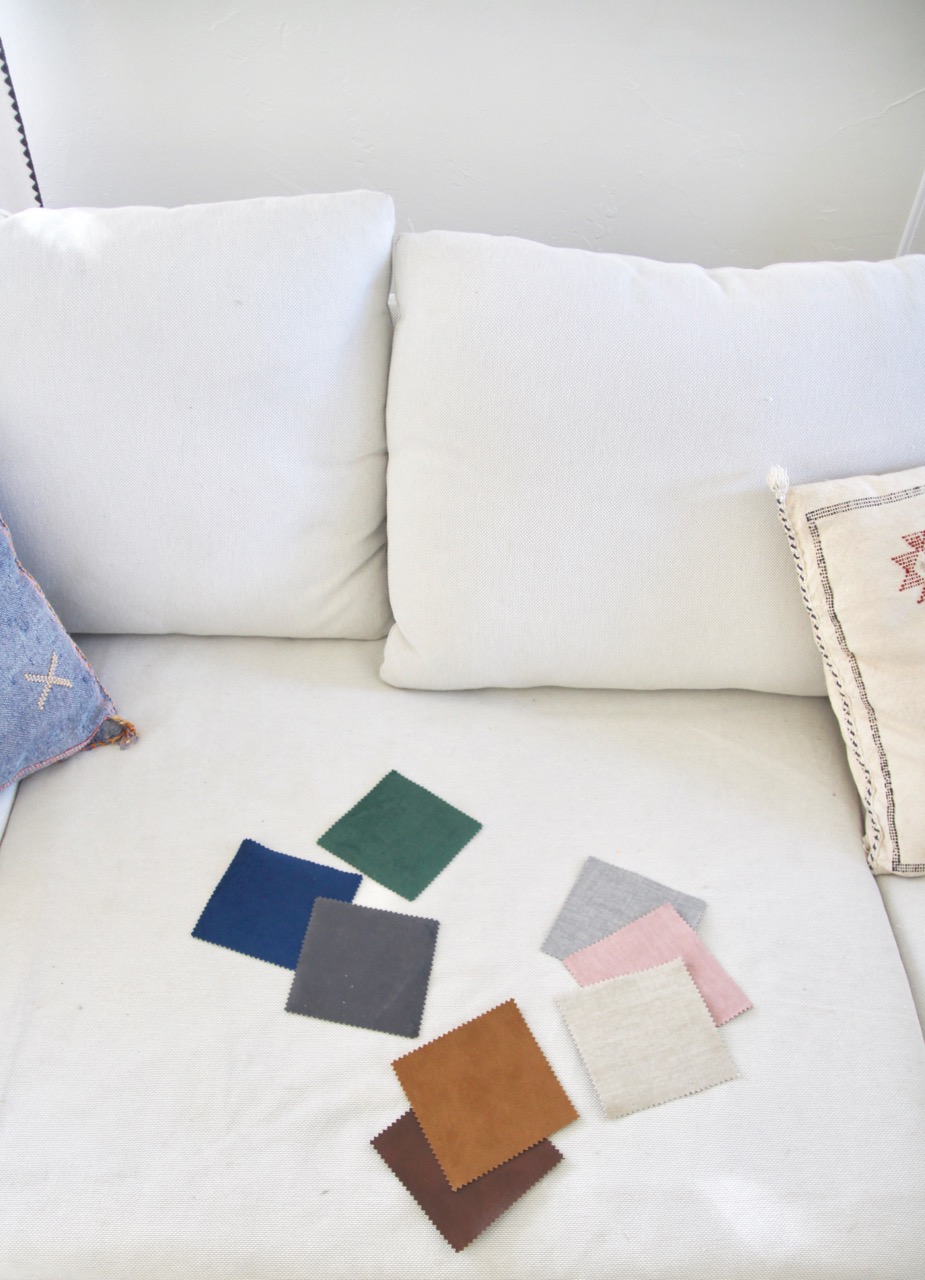 A few important points, before we begin:

Now. Recall the Ikea couch I bought shortly after I moved to LA? The one I was so excited about for a minute, before I realized that the words “white” and “couch” should never, ever go together when a house is inhabited by a) children, b) animals, and c) me?

I knew I wanted to recover it at some point, but I’d always thought of furniture-recovering as a super-intense, insanely expensive undertaking. As evidence, I once tried to have my grandmother’s old wingback armchair recovered, and to say it was an expensive pain would be an understatement, to the point where I abandoned the project entirely.

But I posted about this conundrum on IG a few months back, and a reader wrote in to say that she had the exact same couch, and that she’d had it recovered in faux leather from a company called Comfort Works. I did a little digging, and discovered that they make covers for popular couches from all the major brands (and custom versions, if your couch is more obscurely-sourced), and have bajagillions of different fabric options. In short: they’re disrupting the furniture-recovering industry! Woooo. (I get to say things like “disrupting the furniture-recovering industry” because I lived in Silicon Valley for three years.) 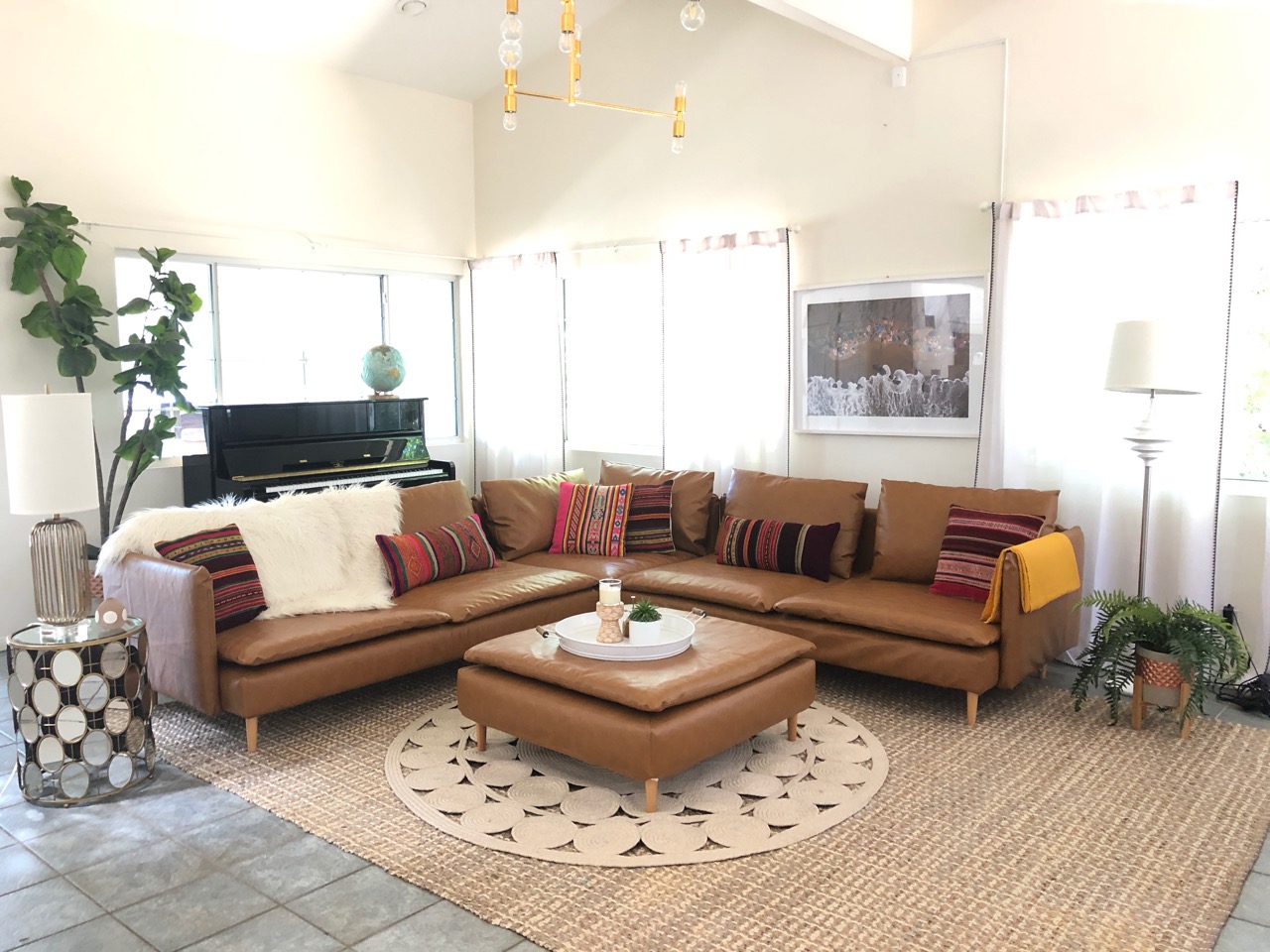 I. Love it. (And disclosure, the product you see here was c/o Comfort Works – but I was crystal-clear that I’d be covering both the pros and the cons so that you guys would be able to draw your own conclusions about whether this is the right move for you.)

How the site works:

Now, those pros and cons.

Also pictured here: the vintage Peruvian Frazada pillows that you’ve heard me rhapsodize about before. They’re from the 1950s, so are all one-of-a-kind heirloom pieces that will appreciate in value over time, and I am obsessed.

More pics below! Would love to hear your thoughts <3 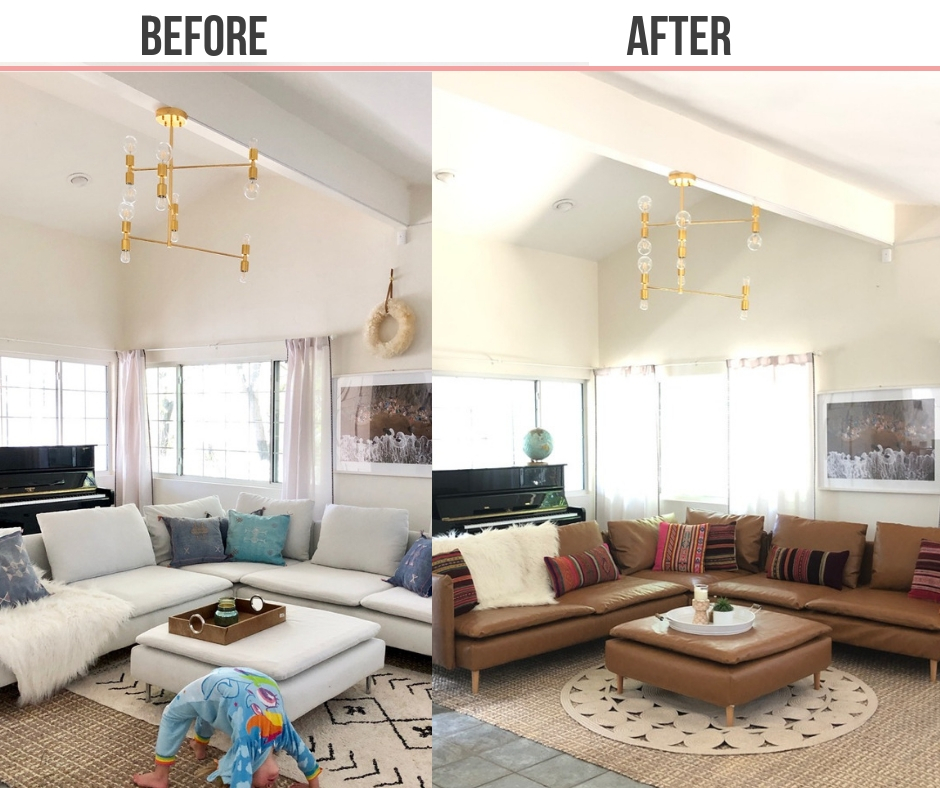 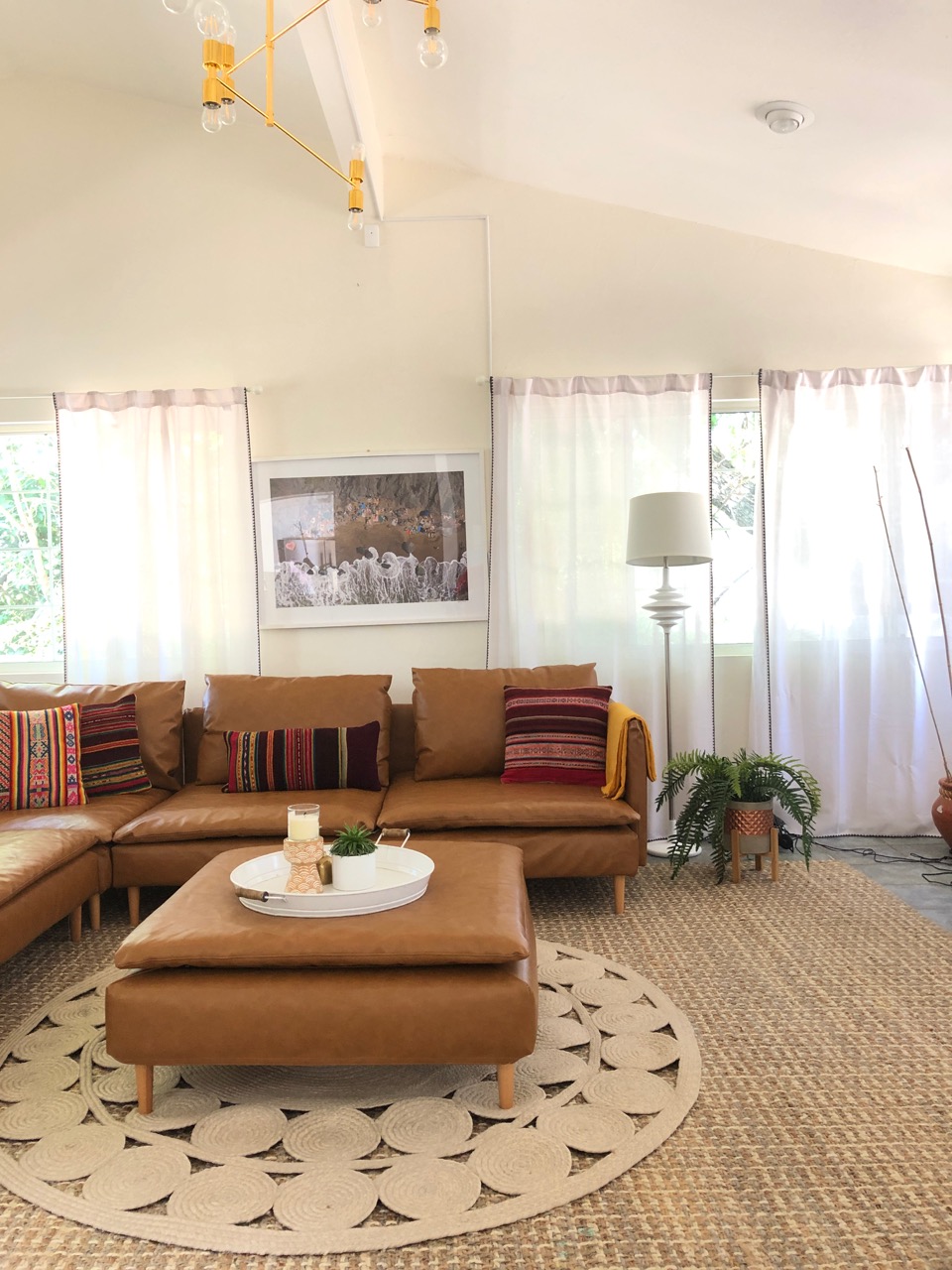 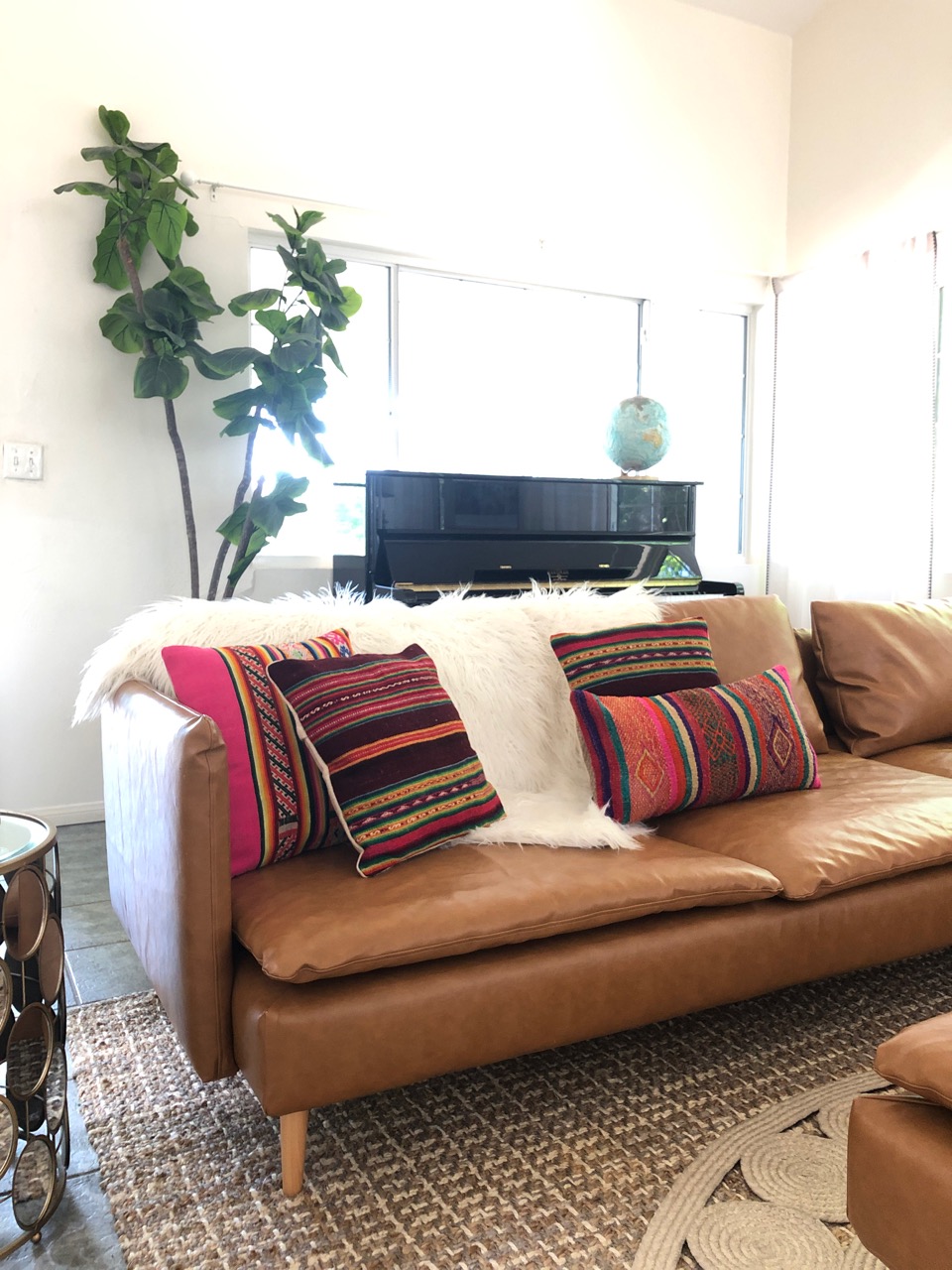 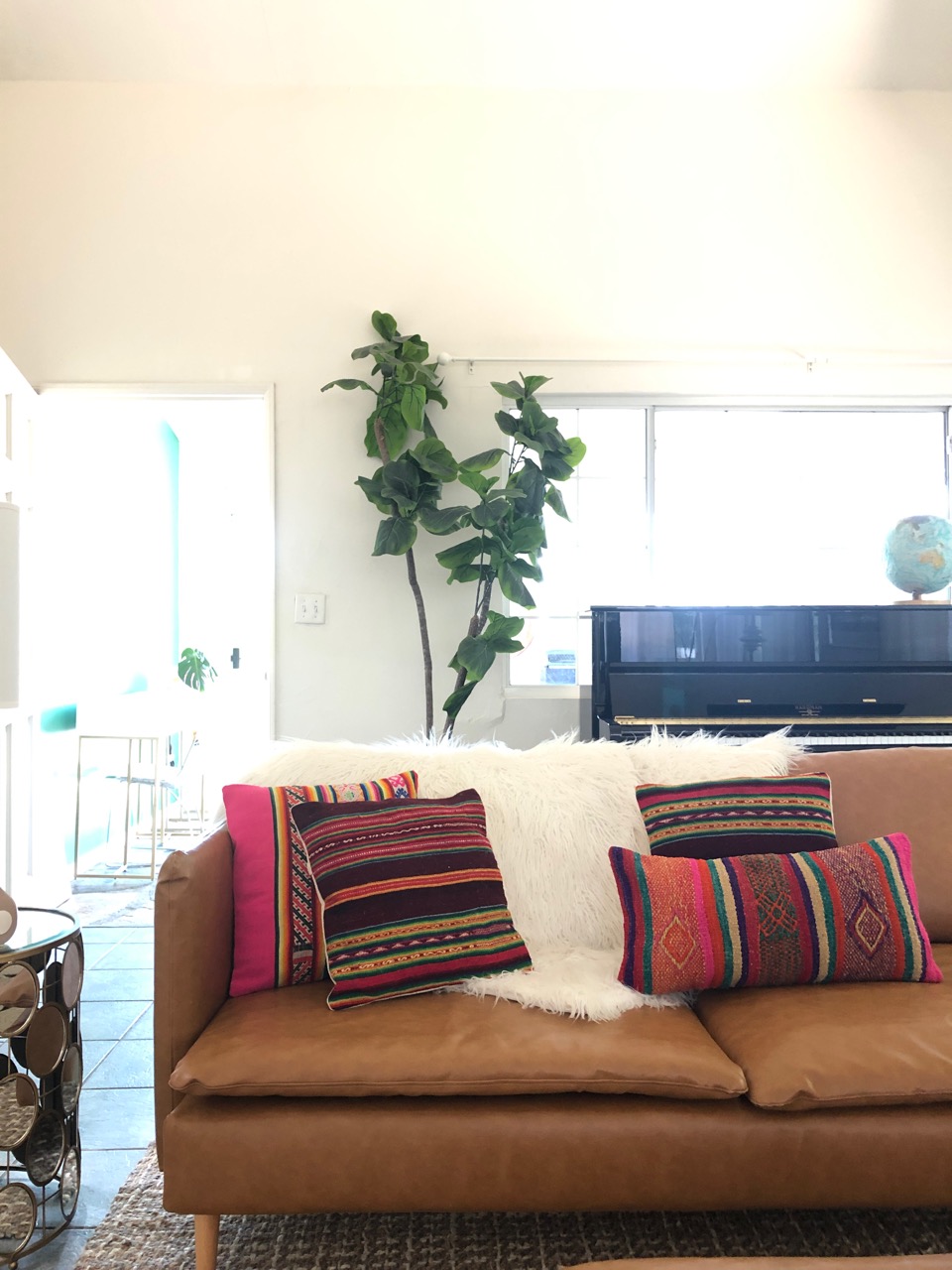 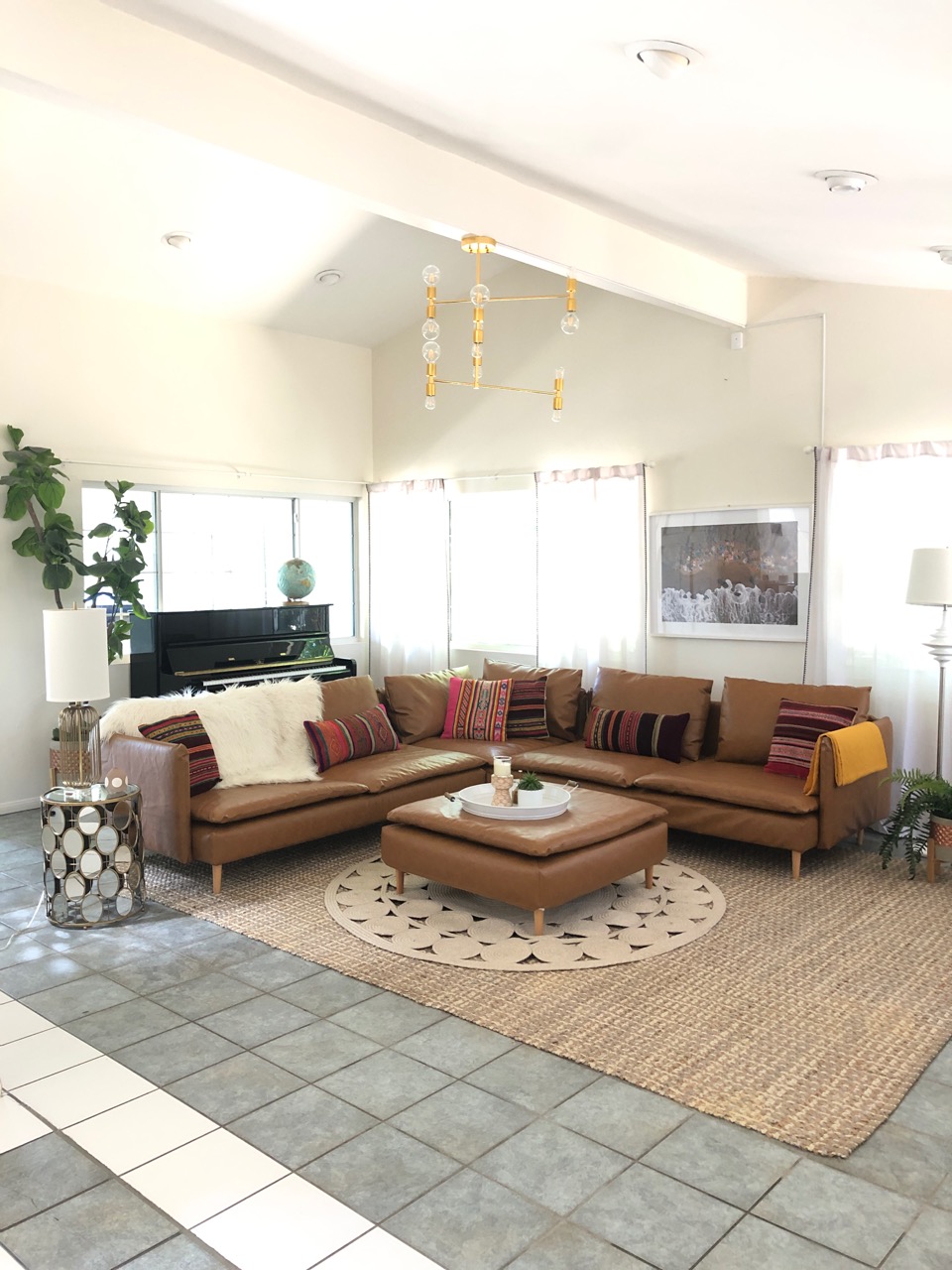