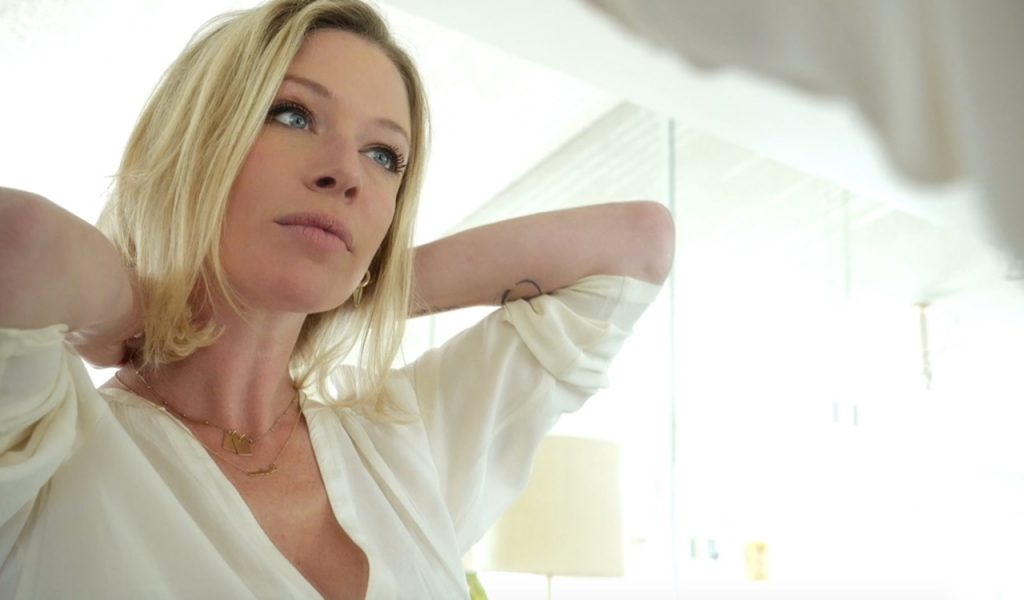 Me, in a beautifully produced video, being open. Or something.

A few weeks ago, my therapist said to me something that left me reeling. Jordan, she said, I have known you for years. And you are one of the least authentic people I have ever met.

How’s that for a compliment?

I protested, of course. But…I’m open for a living! I said to her. I write about my life as my job!

Sure, she said. But there is a difference between openness and authenticity. You speak about your emotions, but I’ve never seen you actually feel them. You perform them. And then you smile and put them away.

I do truth-tell for a living, and it’s as weird of a job as it seems. But it’s also less scary than it seems, because I package these truths neatly. I present them in bite-sized pieces that are digestible in seven minutes or so; twelve if I’m feeling verbose. I’m doing it now; I’ve already jotted down notes about where I want this post to go, and what I want it to mean.

I write about airplane crashes while I think I’m in the middle of one. I use the page to make sense of the moment. I wrap up the story. I hit publish. And I send my feelings away into the world, along with my words.

When writing about my life this past year – the “personal” posts, if you will – I’ve written almost exclusively about divorce, and only about those parts of the divorce I feel I’m entitled to write about (my personal experience, basically, so I don’t compromise anyone’s privacy but my own). But that hasn’t been all that’s gone on.

This year has been full of sickness. Death. The kinds of fears about the future that bring us all to our knees. I am in pain, when I allow myself to be.

I don’t write about these things because (most importantly) they don’t feel like mine to write about, but also because I don’t know how. There are no neat ways to package such stories, and if I’m going to put myself through the agony of feeling these particular feelings, I’d really like to be able to send them away when I’m done with them. Hit “publish.” Get them out. Make them go.

But I can’t, and so I don’t, and so they stay where they are: hidden.

You are not authentic.

I’m in love, have I told you that? Of course I haven’t, but I’d bet a lot of you have guessed based on my constant glowy-faced, opaquely-worded Instagram stories (“life is beautiful!” and such).

There’s another story that I cannot wrap up with a bow, and so cannot bring myself to talk about. I don’t know where it goes; I don’t know what it means; and as far as I can tell it doesn’t have an ending.

I began with my therapist, so with her is where I’ll end (packaging!). She was asking me about how I got started blogging, and I told her the five-minute version – meeting Julia Allison at a party, the NonSociety girls asking me to come on board with their “lifecasting” concept.

How did they pick you? she asked. Like, what was the application process for that kind of thing?

Oh, I said, they told me to put together a few posts, figure out who my ‘character’ would be. I was the Domestic Goddess. I put together a binder with a bio, suggested posts, potential partnership concepts. You know. I laughed. My therapist did not.

I did. And then I got the job. And I’m doing it still.

It’s not that the posts I wrote way back then – or the posts I’ve written on this site ever since – weren’t true. They were, and they are. But they’re also just pieces of a much bigger, much more complicated, and much less palatable story: The story of a person who doesn’t fit inside a binder, and never did.

I lied; I said I was ending with my therapist, but there’s one more thing I want to tell you. The other night I was with my boyfriend (which feels like a silly word, but what can you do?) at his apartment, and I started crying. For no apparent reason, which is an embarrassing reason to cry in front of someone relatively new to your life. You don’t want to look crazy, you know. You want to stay in your binder.

I felt myself start to pull back the tears. Start to flutter my hands at my face to dry it; start to laugh; start to apologize. Fix my makeup. Distract. But even in the middle of all those tears, I remembered what my therapist said, and so I didn’t do any of those things.

Instead, I cried for way too long, and way too hard. At some point, it felt like something deep inside my chest cracked open, and let out waves of poison that couldn’t stay in my body for one moment longer, or I’d die.

He held me, and eventually I stopped. I didn’t apologize. Or try to explain. I just stopped, because I was done.

And do you know what he said to me then?