The Sense Of Falling 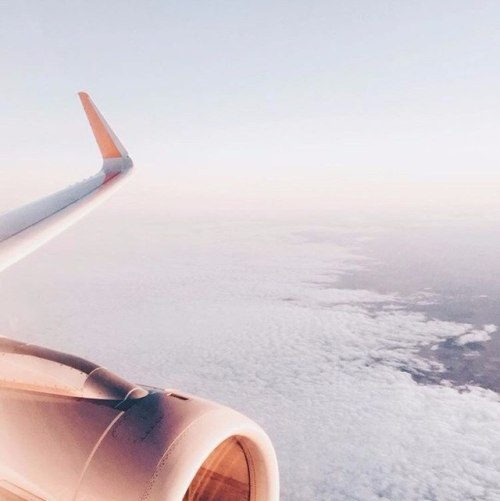 Lots of things scare me. The possibility of not having enough work to pay the bills. The idea of my parents getting sick. Climate change. Spiders. Most of my fears are pretty general, though; they wake me up at night and start my heart pounding, but still, they don’t inspire that immediate kind of terror that you see in movies (well, except for the spiders).

I’m ten thousand feet up in the air right now. My son is watching Thor in the row in front of me and my daughter is asleep on my lap, and my hands are shaking almost too badly to write this, because I don’t know that I’ve ever been more scared in my life than I was just a few minutes ago.

I dream often of plane crashes. I’m pretty sure that they symbolize a fear of losing control, which means my subconscious really knows what it’s doing. The dreams are always different, but one element stays the same: I’m looking out the window, and I feel a lift in my stomach, and then there’s the sense of falling. Sometimes I crash in my dreams. Sometimes I board another plane, just trying to get home, and the next plane I’m on crashes, too.

About ten minutes after takeoff – half an hour ago as of right now – my daughter said she needed to use the bathroom, and she is three, so even though the seatbelt sign was still on, I took her. We had just locked the door when a sound started – a low rumbling, but loud enough that I poked my head out of the bathroom: What’s going on? I asked a woman sitting in a nearby seat – as if she’d know – and she shrugged.

Ladies and gentlemen, said a voice over the PA, we’re experiencing some issues with the flight configuration, so you’ll hear that sound for a few more minutes while we sort it out. “Flight configuration issues” didn’t sound great, exactly, but at least there was an explanation. I closed the door behind us again – the rumbling still there, still loud, like the captain had said it’d be – and then the voice came back:

Return to your seats and fasten your seatbelts.

Not “Ladies and gentlemen, we’re experiencing a moment of turbulence, so if you could please return to your seats and fasten your seatbelts, it’d be much appreciated.”

Return to your seats and fasten your seatbelts.

And that wasn’t the worst part – the worst part was that I heard the edge in his voice. The captain sounded…not scared, precisely, but definitely more anxious than you want the person flying your plane to sound. I pulled my daughter up and out of the bathroom and rushed her back to our seats. The rumbling stopped, but was replaced by a weird stillness – almost like we were hovering instead of flying. And then we started to turn, making a hard left and angling down, the wing rising up into the air until we were practically on our side, and all I could see was blue sky. I buckled us in, held onto my daughter with my right hand, and reached my left through the space between the seats to hold onto my son. And suddenly I was in my dream, my stomach lifting into my throat, the sense of falling, the quiet. Everyone, everything – the flight attendants, the captain, the passengers, the plane – was quiet.

I caught the eye of a woman sitting across the aisle from me. We’d chatted briefly before takeoff about traveling with kids – her three daughters were sitting in the row in front of her – and we’d laughed about how hard it is, what a mess it always is. You know.

“I’m scared,” she mouthed, so her daughters wouldn’t hear. “I am, too,” I whispered back.

This is not a text you want to send.

The woman took out her phone and started hurriedly texting someone, and I thought, Oh, right. Now is when I’m supposed to text people. Like I was recognizing a scene from a movie. I sent Kendrick a message: I love you. It didn’t go through, so I tried again, and then I started to text my parents, but thought better of it and put down my phone. I held on to my children, wondering if the falling sensation was in my head or whether the cloud line really was coming closer. I squeezed my son’s shoulder so hard that he whined (“Mom, you’re making me miss the movie!”). I thought about whether I regretted anything. I didn’t think I did; nothing came to mind, at least. I buried my nose in my daughter’s hair, and I felt suddenly, overwhelmingly sad.

Then I turned and saw the mother across the aisle again – she was visibly terrified, her hands pressed over her mouth. Her three daughters were all looking at me, trying to figure out if the only grown-up in their direct line of sight was scared, and whether they should be. So I smiled. “Everything’s okay,” I told them. “We’re okay.” I rolled my eyes a little, like ugh, isn’t this annoying? The littlest daughter, the one sitting closest to me, giggled.

It turned out I was telling them the truth. I’m still here, in any case, although just writing this post is making every superstitious bone in my body ping. The problem, the captain eventually told us, was the landing gear: part of it had failed to lift during takeoff, and so they had to lower it and then try again; that had been the rumbling sound we’d heard. I don’t know what the banking and the falling sensation were about; maybe they were considering an emergency landing. Maybe they just didn’t want to tell us what really happened until we were safe on the ground, and then didn’t see the point in telling us at all. That would make sense, honestly.

I’ve always wondered what an experience like this would feel like if it really happened outside of my dreams, whether I’d be able to stay calm for my kids; whether I’d be crying, or hysterical; whether I’d text someone, and what I would say if I did. The woman across from me is still hovering on the edge of panic – one of the flight attendants sat with her for awhile, and I overheard her saying, “I know, honey, I know; I was saying my prayers, too,” so there went my questions about whether I’d been overreacting; if flight attendants are saying their prayers it’s a good bet that things aren’t going well. The flight attendant had to go back to work, though, so now every time we hit even the tiniest amount of turbulence I look over at the woman and tell her, “It’s okay. This is normal. We’re okay.” I keep smiling and making faces at her girls, like we’re friends or something, and they’re smiling back too often and too hard. I think they get it, a little.

This story already feels unreal; like I’m just telling you about another one of my dreams.

But I’m awake. I’m sitting here, ten thousand feet up in the air. My son is watching Thor in the row just ahead of me, and my daughter is asleep on my lap, and we are okay.