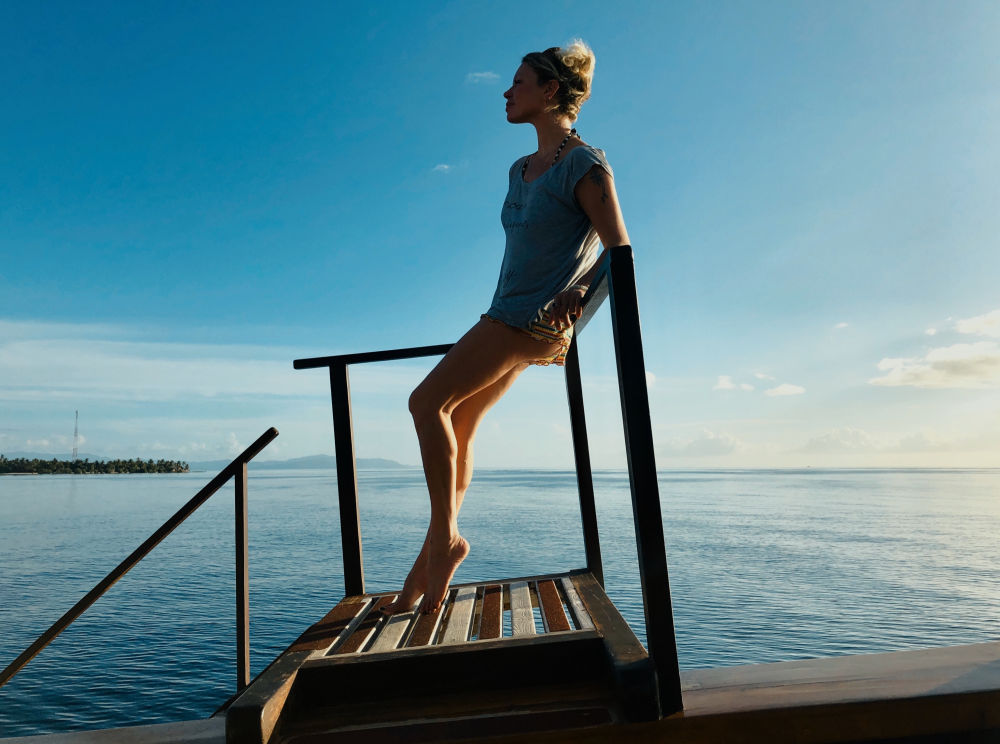 So my dad just left – his Uber literally just pulled away down my driveway – and I am sitting here at my dining room table in tears. Because as much as I dreaded leaving…once I was there, I realized very quickly that what was happening was that I was on the trip of a lifetime.

And now it’s over. And that’s ok, of course – and of course I’m happy to be home…but still.

On a lighter note: I’d thought I’d skipped the whole “jet lag” thing (hahahahahahah) because yesterday I was ping-ponging around acting more or less like I had mainlined a whole bunch of speed instead of just popping my usual Omega-3s (that is a joke; if you think I’m together enough to take vitamins you have not been paying attention these past few years). But it turns out that I was apparently going through some kind of adrenaline-induced mania, because I am currently Zombie Jordan.

As an example: Yesterday I apparently let my two children – who, as a refresher, are 7 and 4 – watch the entirety of Black Panther because I was sitting next to them on the couch indulging in a little afterschool Spongebob and was all “OK, you guys, let’s do something other than screen timezzzzzzzzz….” At which point I face-planted onto my (very comfortable, it must be said) new pillows, where I spent the next two hours in a coma while my son learned all about the nuances of car-chase shootouts and my daughter gleefully consumed her weight in jellybeans.

So because my brain hurts, I’m just going to show you these pics from the diving portion of our little journey. I think the magic speaks for itself. 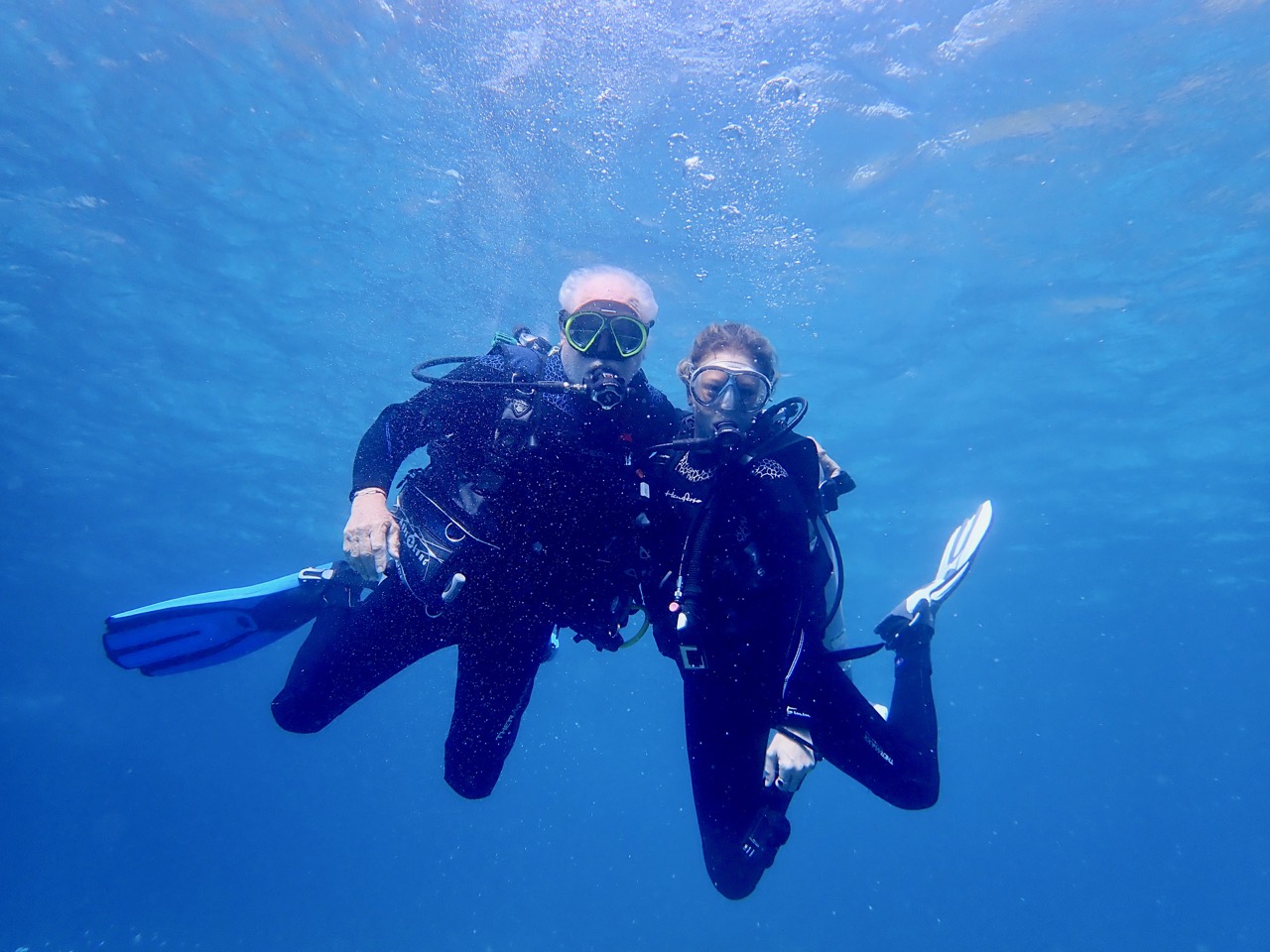 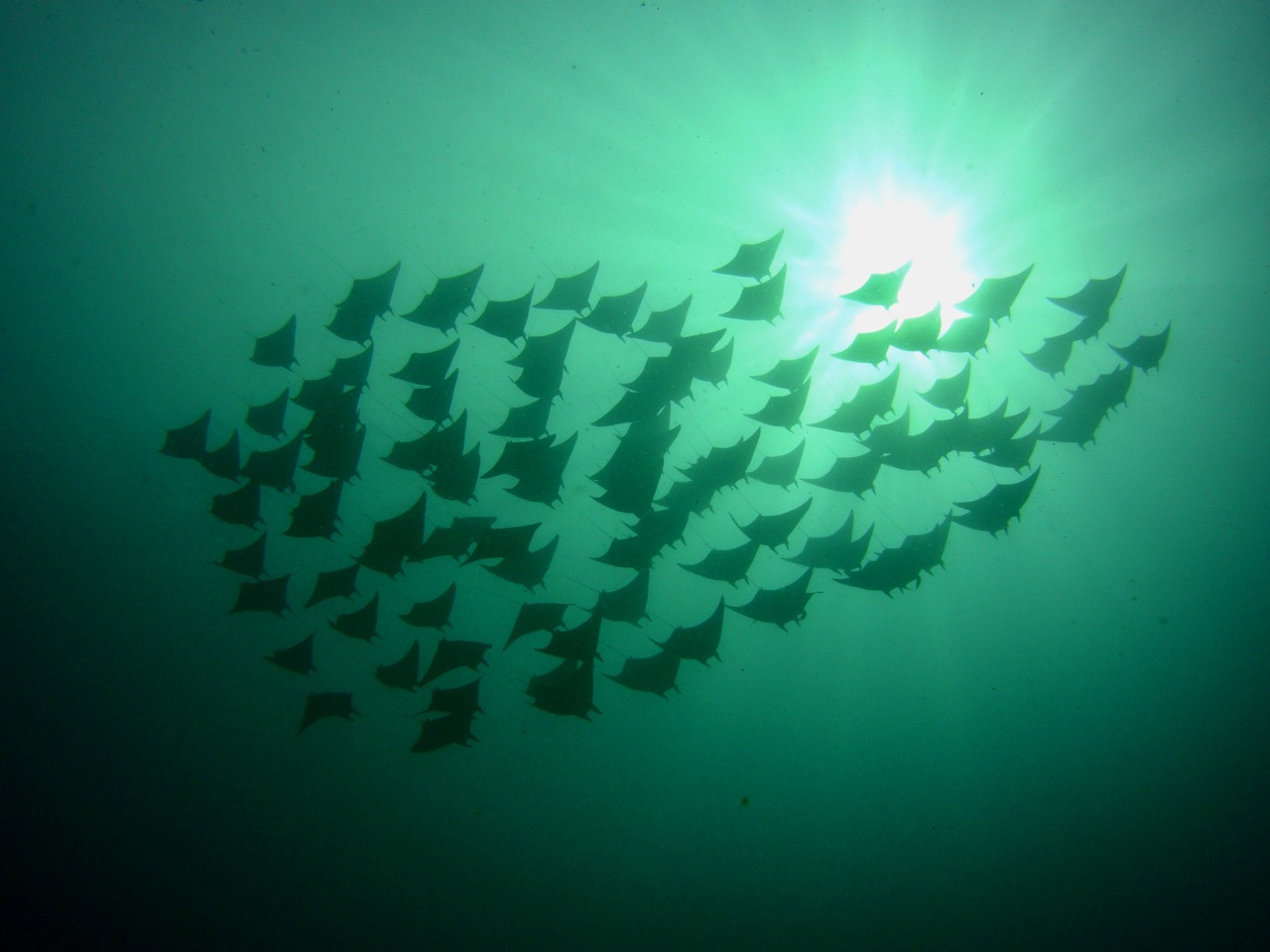 This is a flock of…what, like 70? 100? devil rays that flew slowly over us while we floated near the ocean floor, nearly blocking out the sun at one point. It was unlike anything I’ve ever seen. 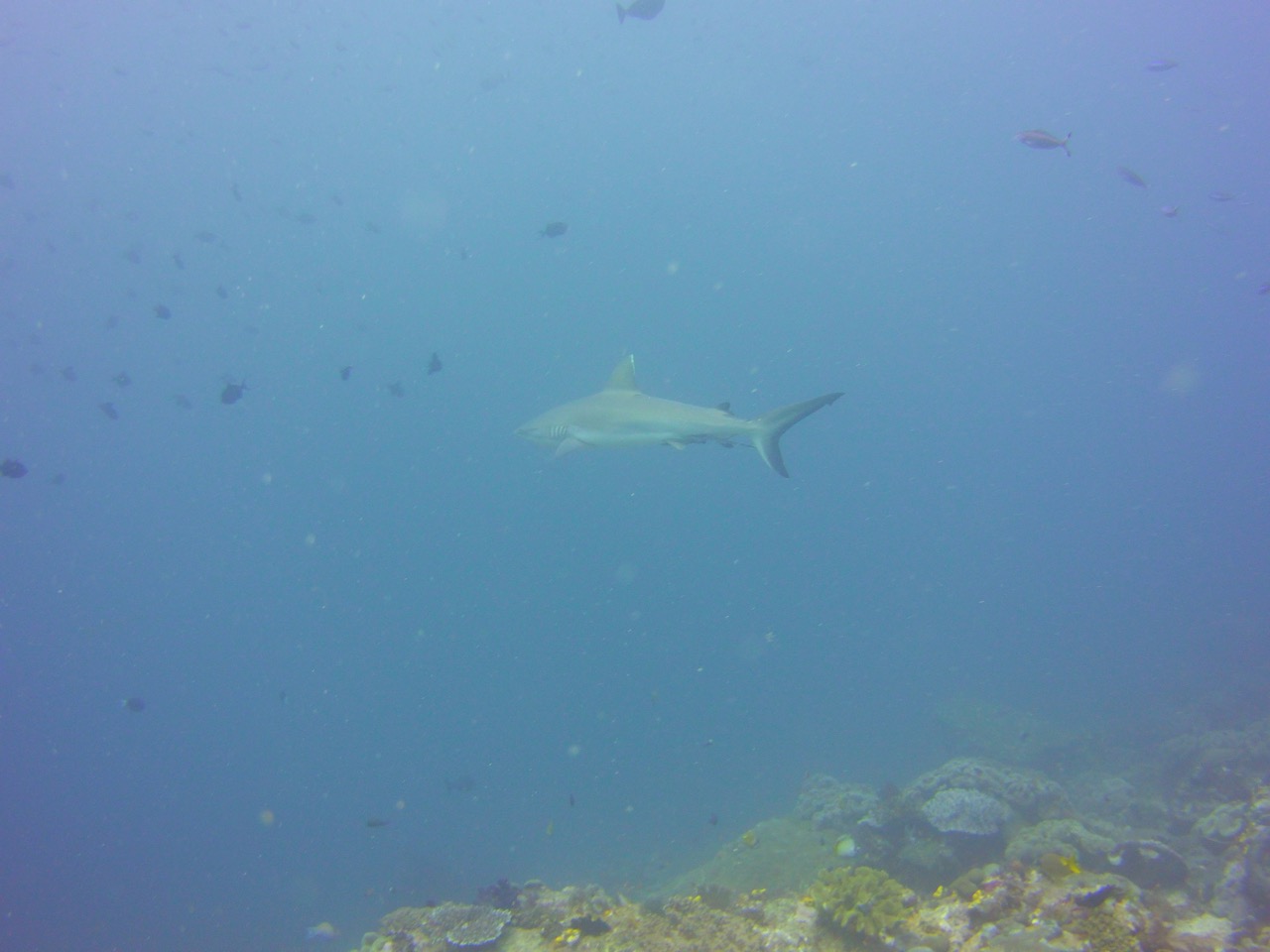 There were tons of shark sightings on this trip – pretty much on every dive, we saw a blacktip, a whitetip, or a grey shark. It’s funny, because I definitely used to be anxious diving with sharks – not so much because I thought they’d *do* anything (I do know better), but…just…if I was going to be in the water with one, I preferred to…you know, keep my eye on it. This trip changed all that – big shark-diving fan over here now 🙂 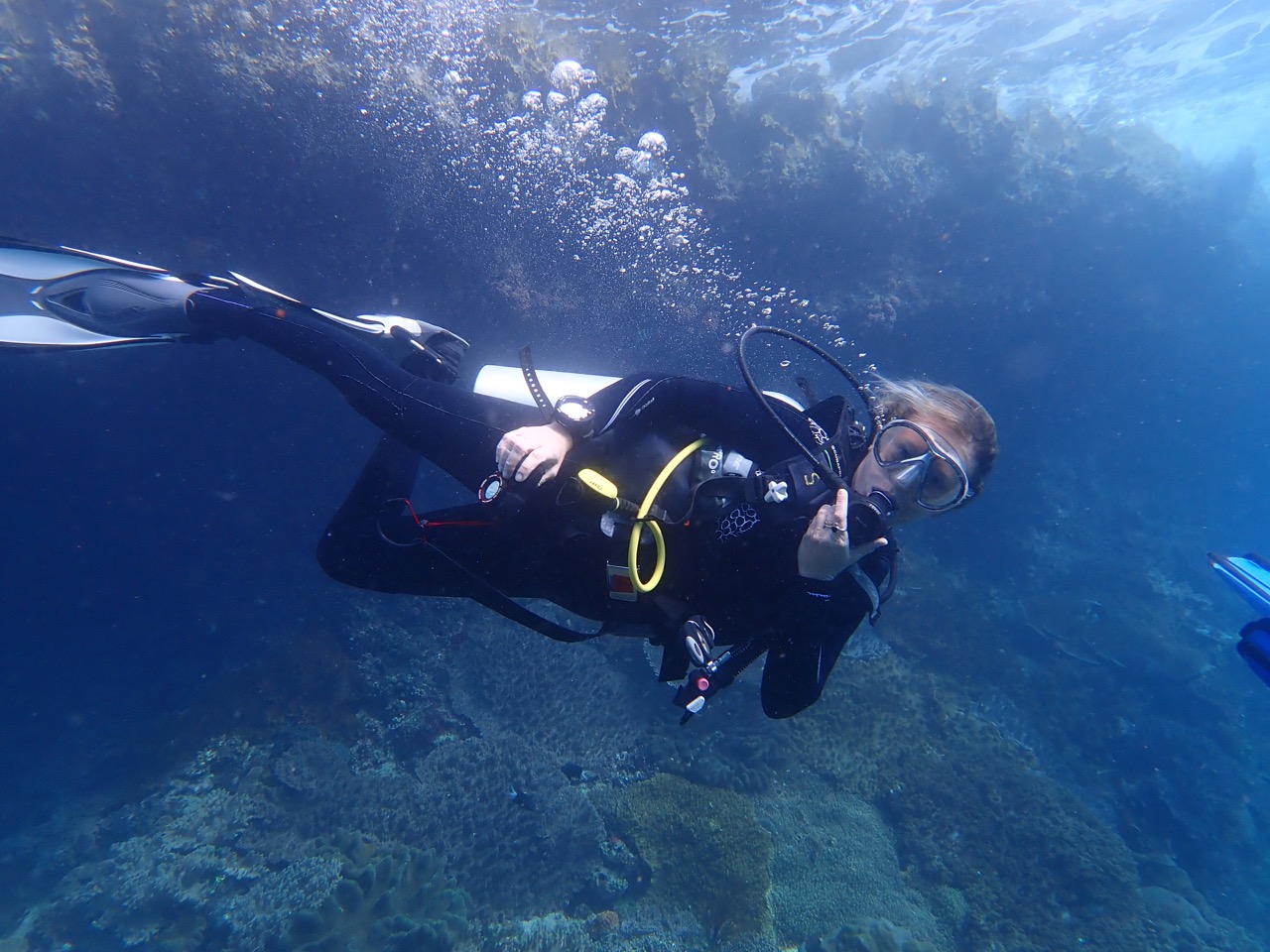 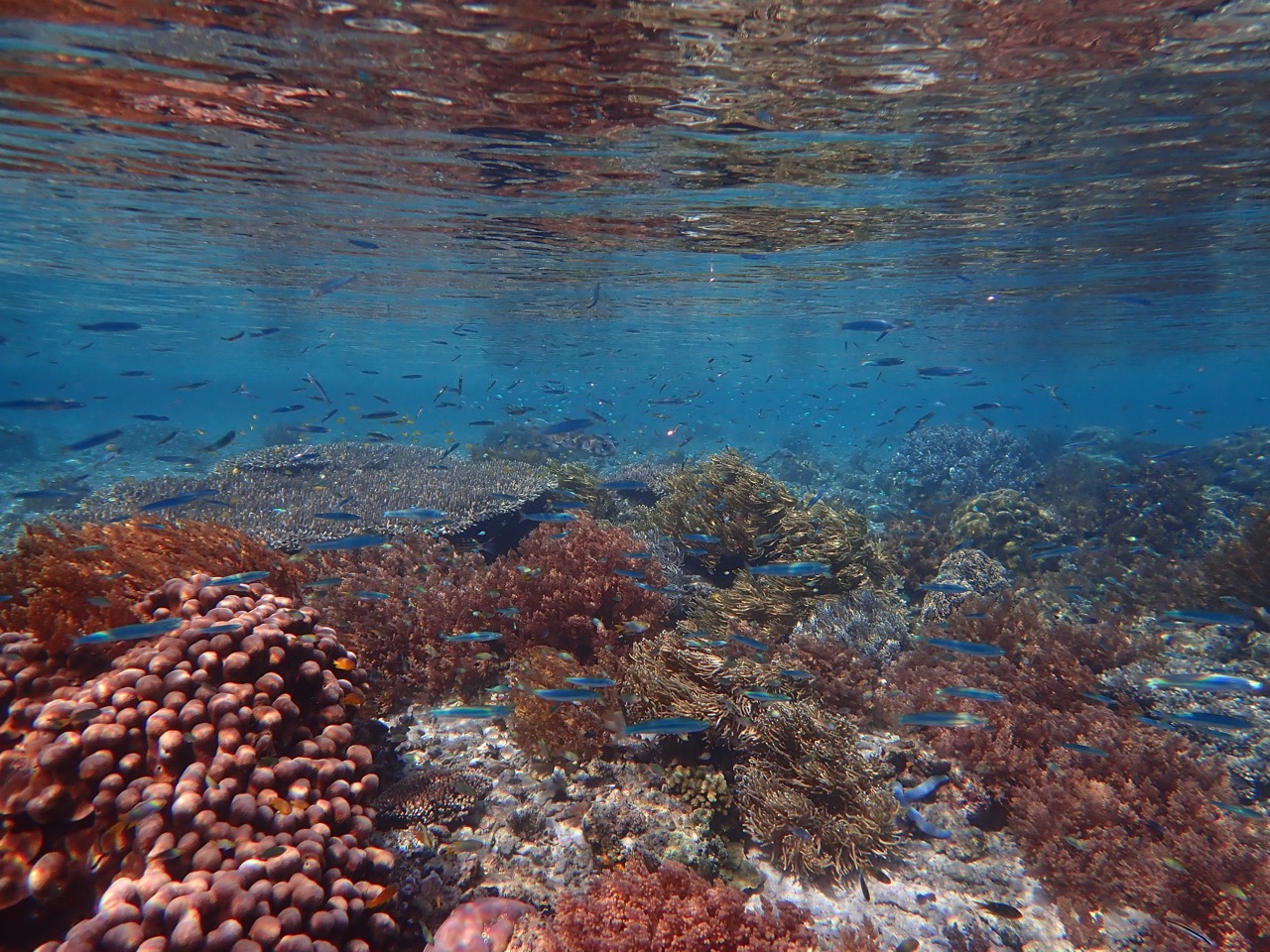 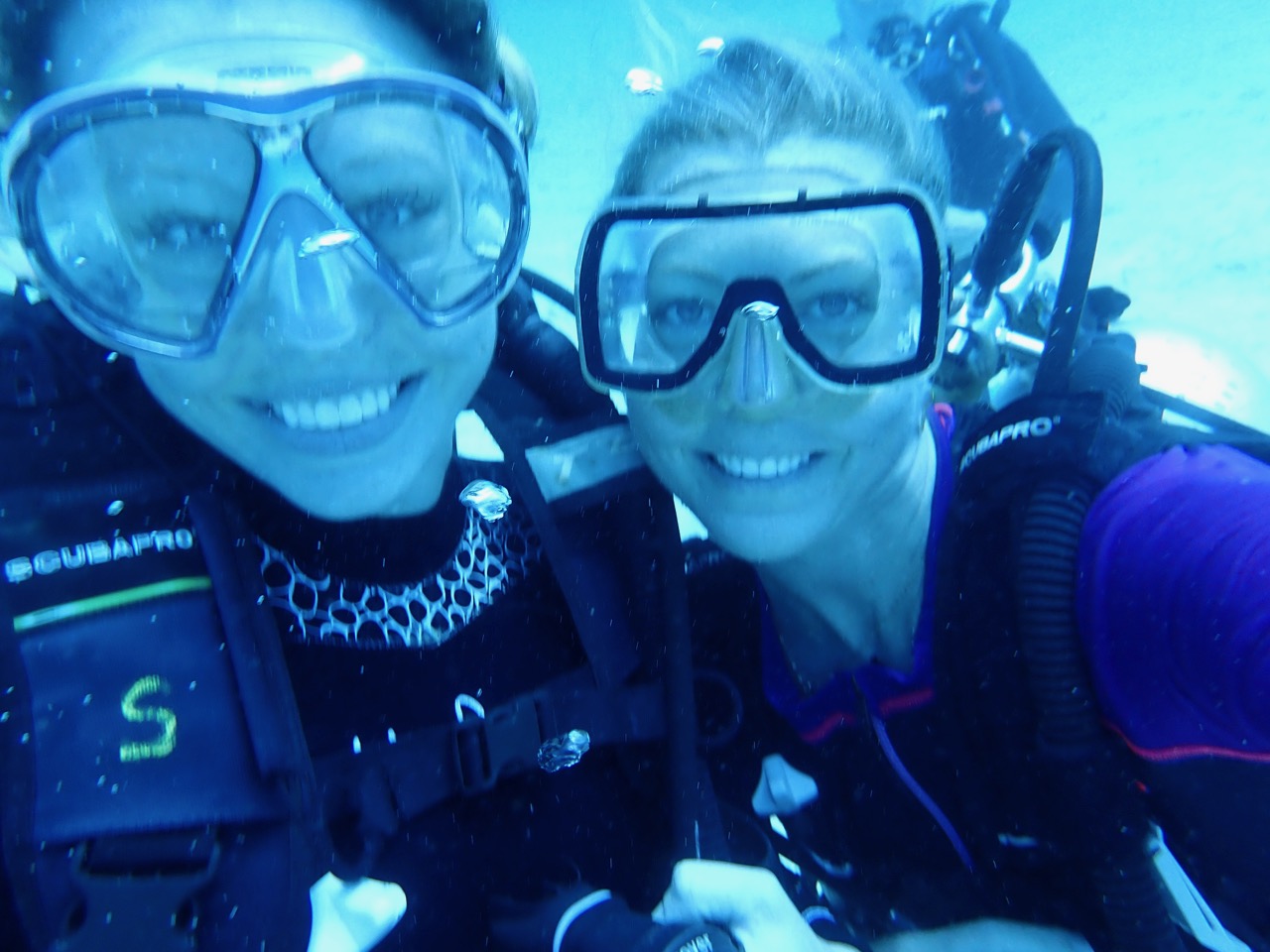 This is my friend Kate (who took the gorgeous coral pic above).

We got a little ridiculous together. 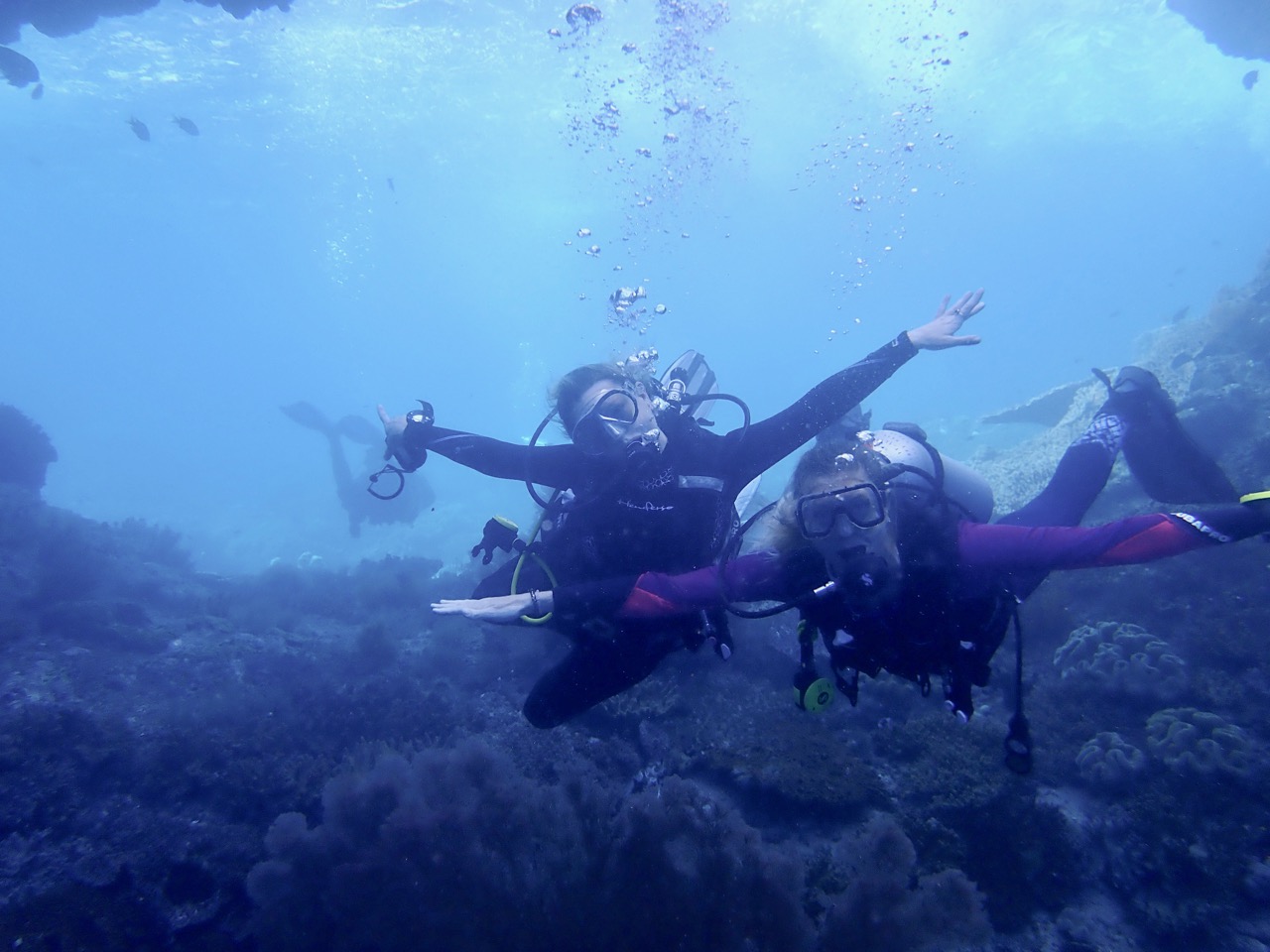 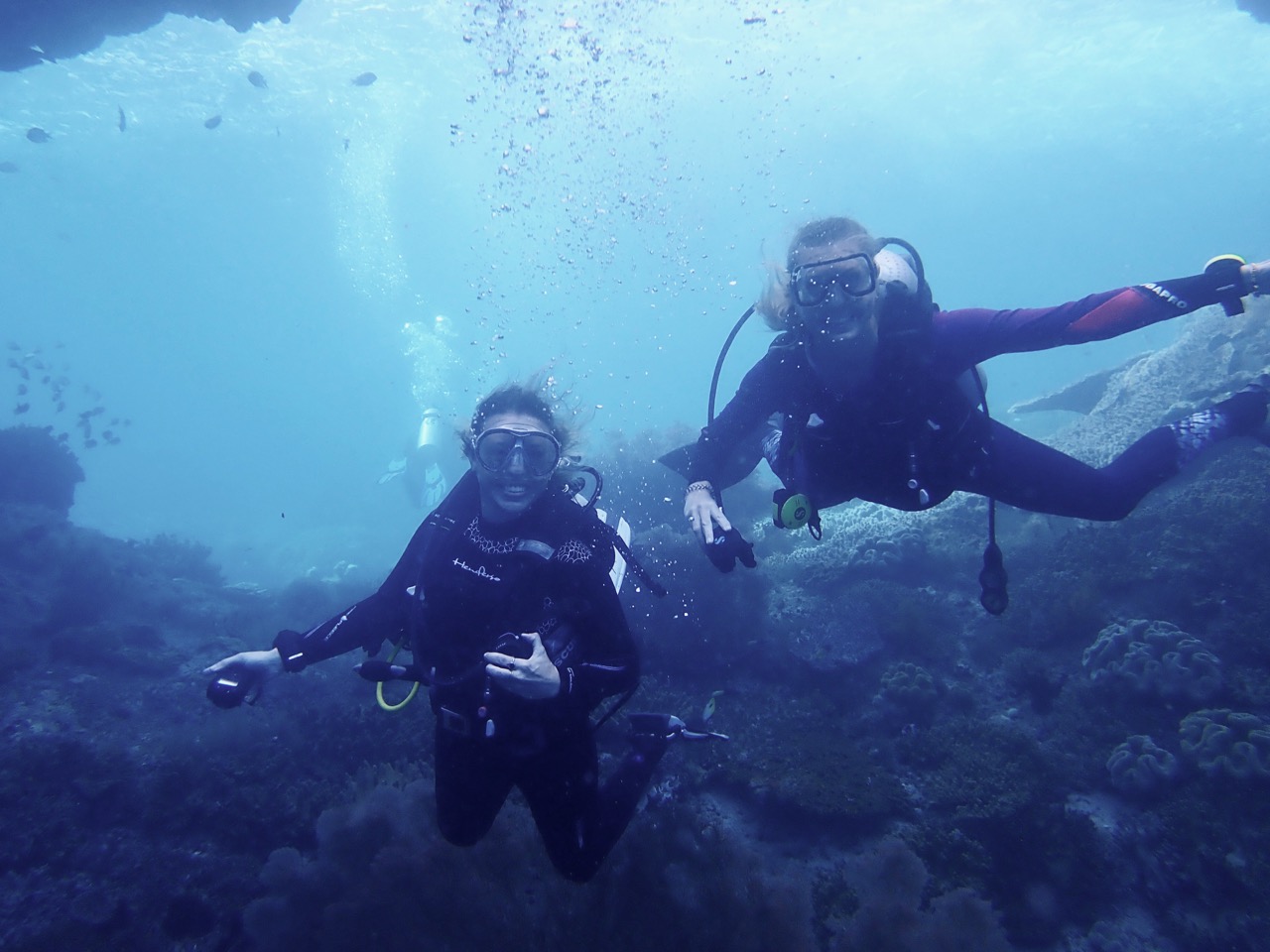 Always fun to find someone who’s as much of a ham underwater as you are. 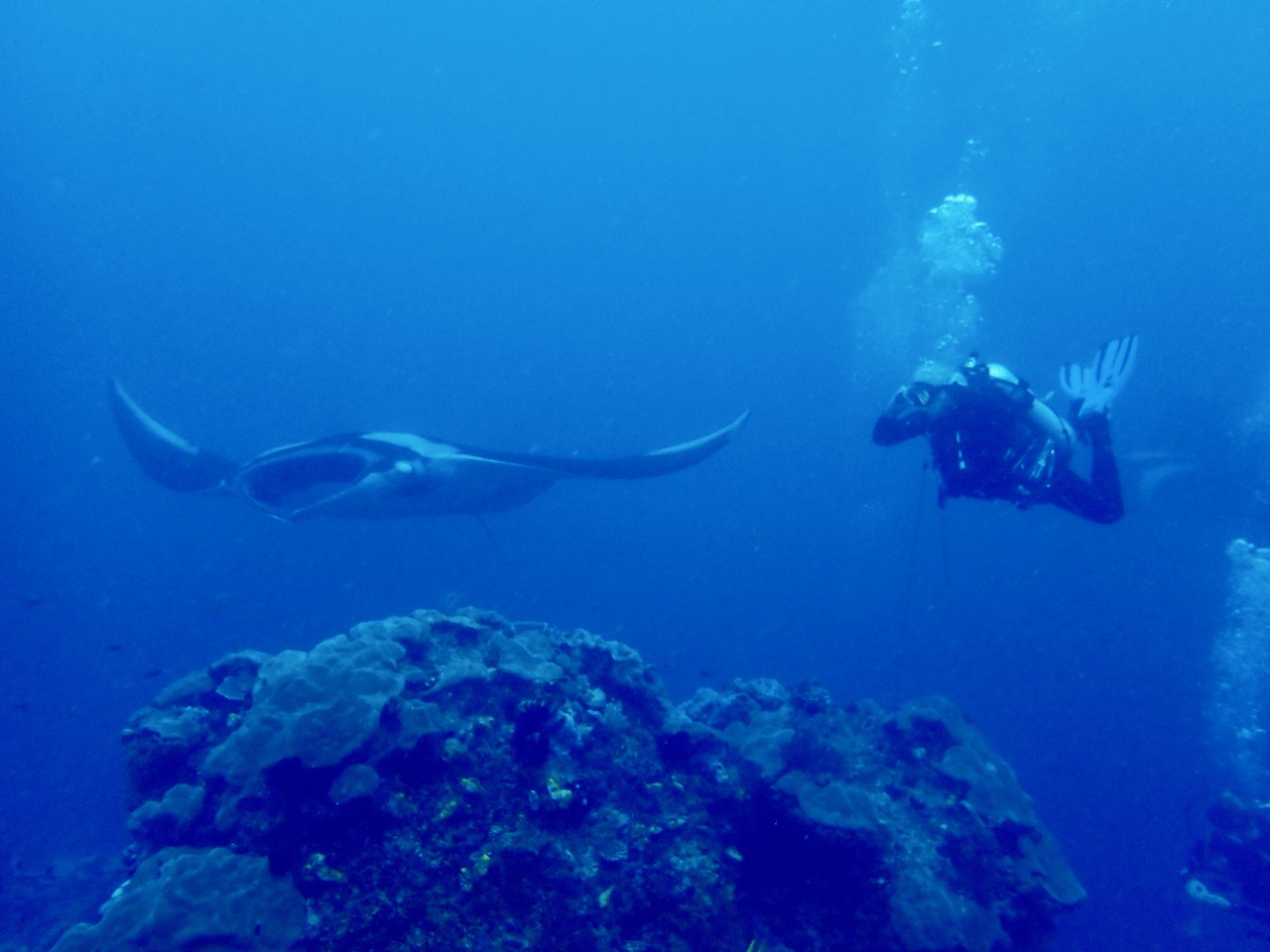 By far the most incredible dive was the one when three mantas hung out with us for the better part of an hour, playing in our bubbles like puppies. You can check out a video over on my IG; it’s pretty incredible. 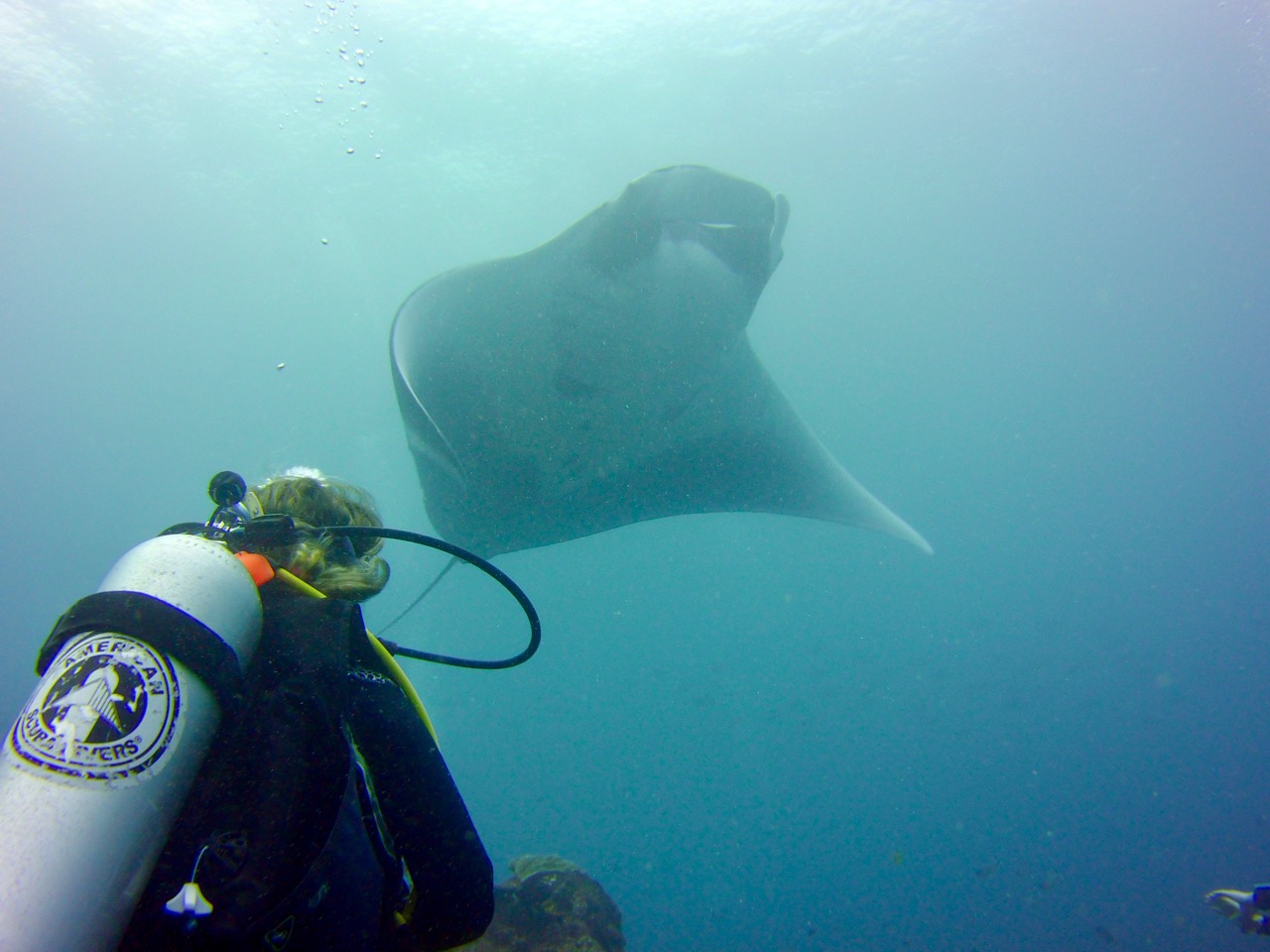 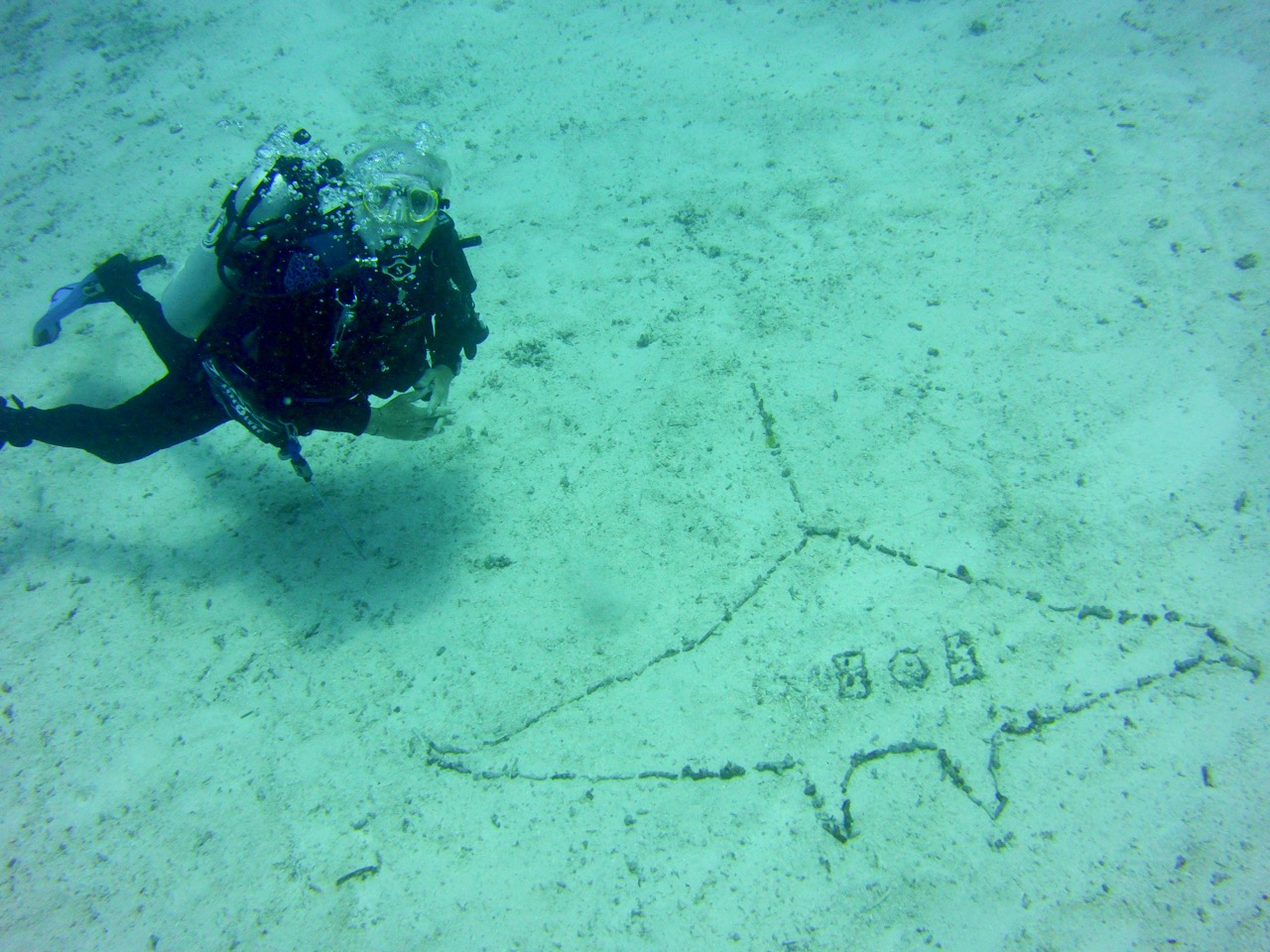 Our dive guide made Dad a little birthday present while we were distracted by the rays. 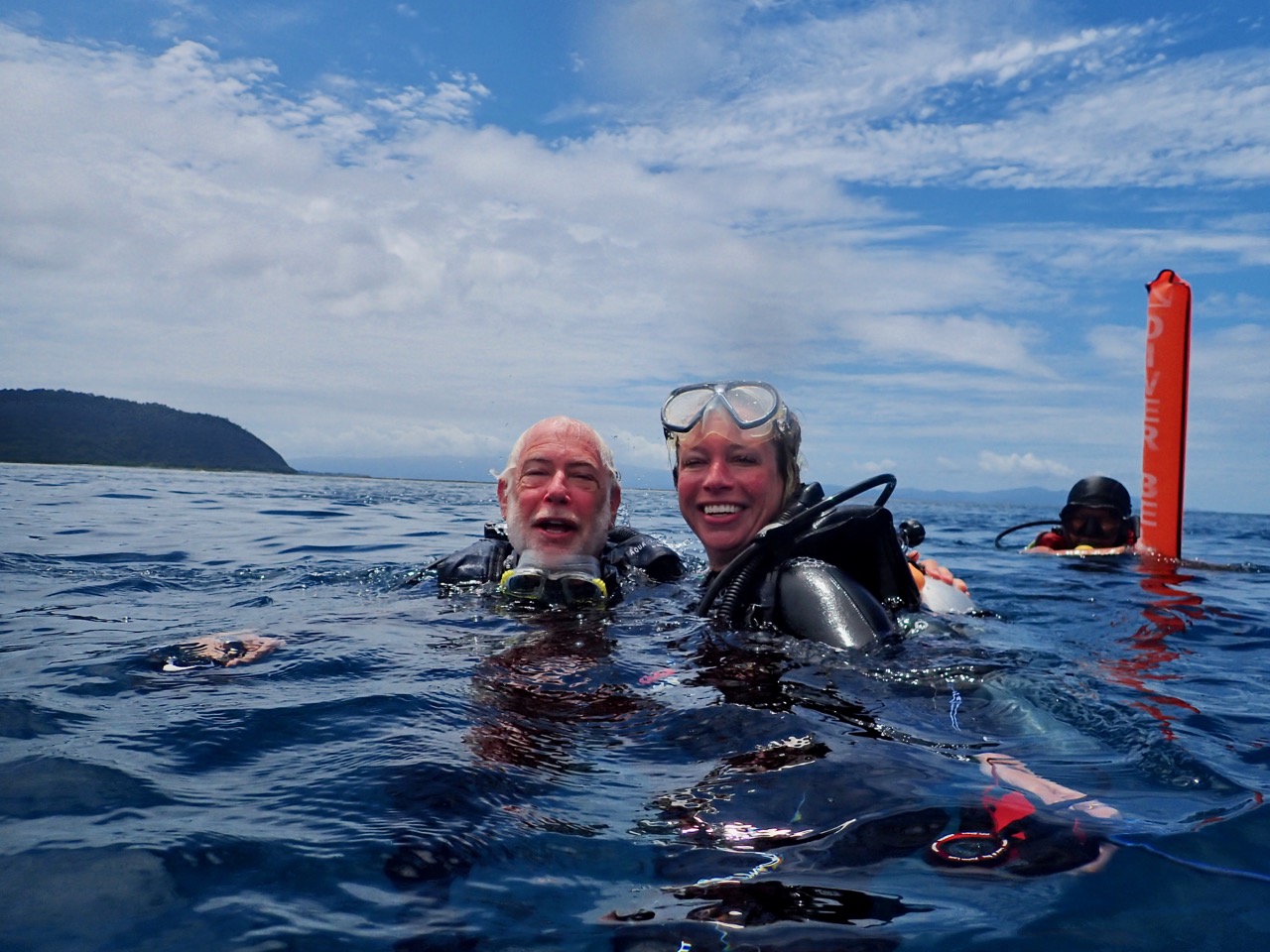 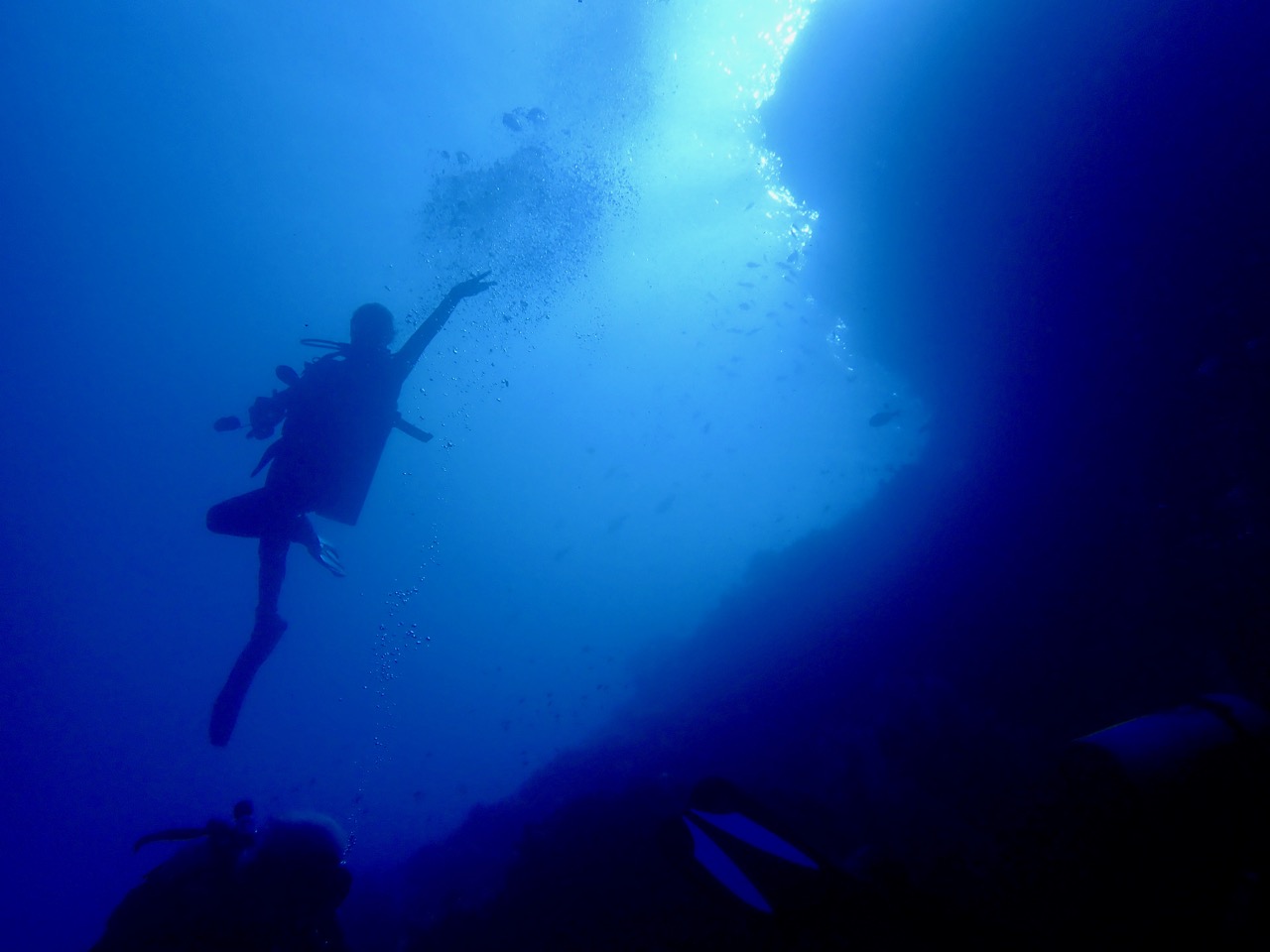 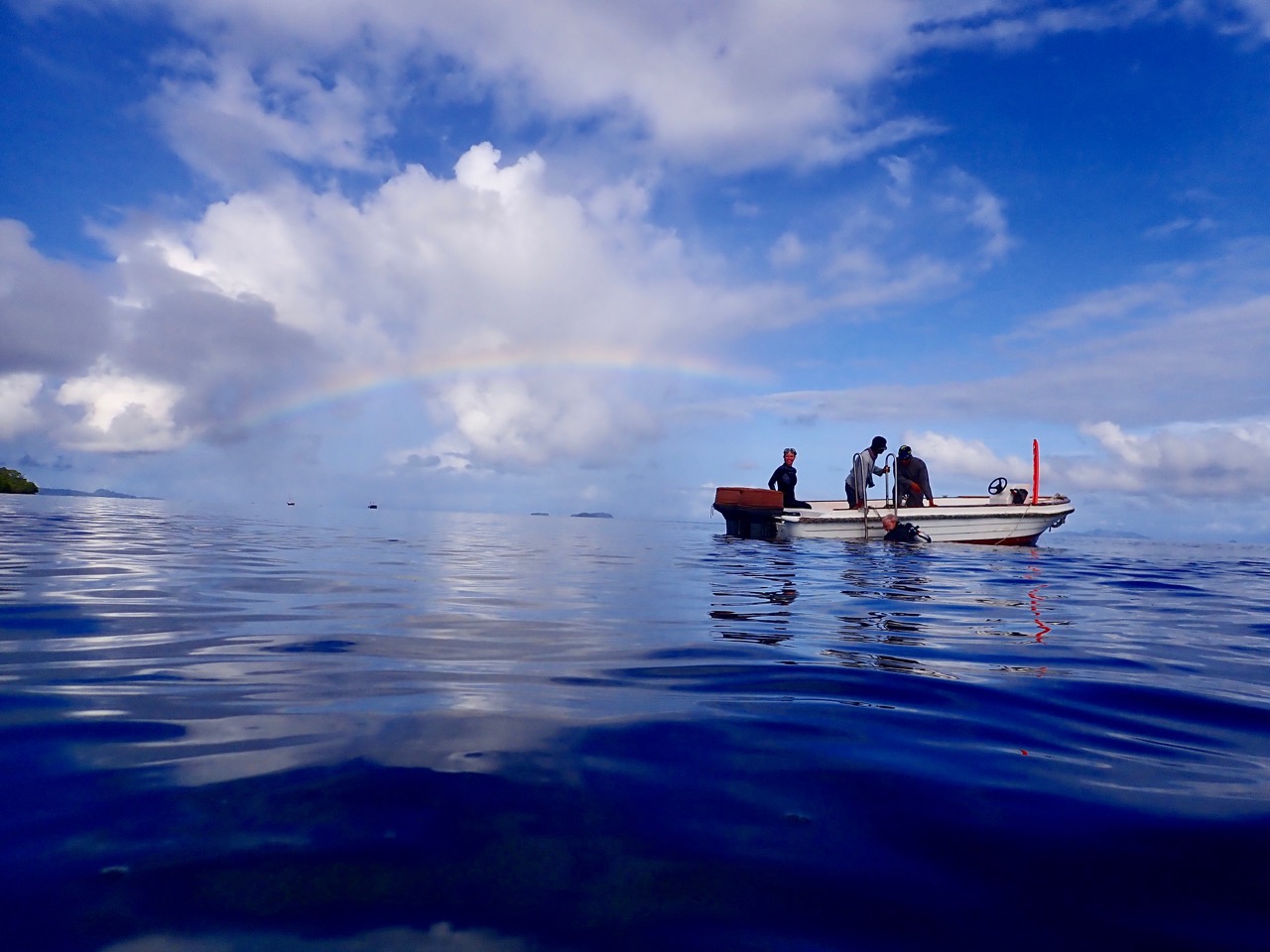 And finally, here is what happens when your two new British friends decide to hide below you while you surface, and use their regulators to fill up your wetsuit with air: 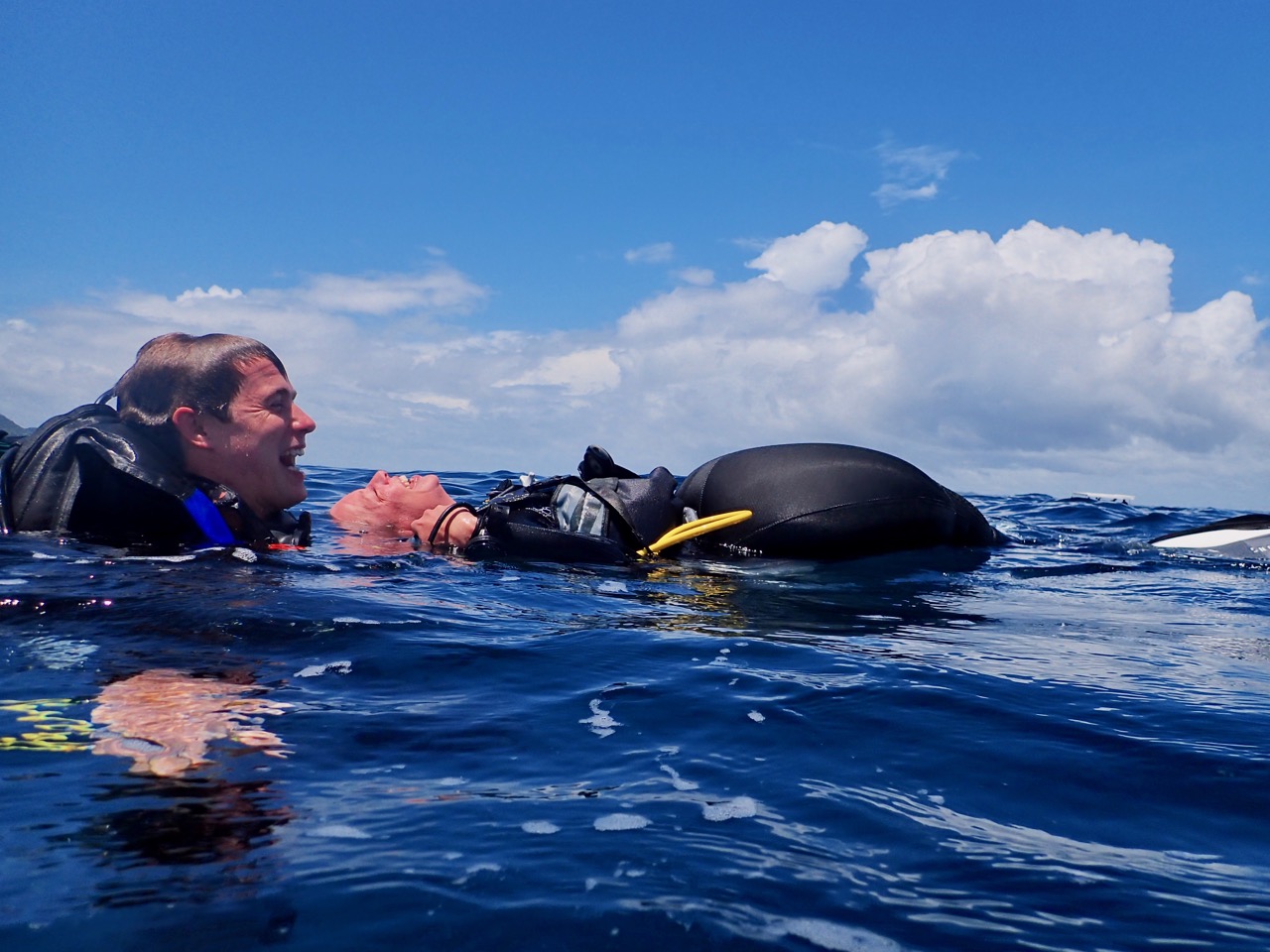 I was a flailing, completely useless Sumo wrestler for a solid three minutes while my suit (verrrrrry slowly) deflated, and laughed so hard that there was an actual moment when I thought, “Cool, so this is how I die.”

Look at Luke’s face. He is loving watching me die.

Anyway. More to come, once I face-plant again, and thereafter (theoretically) return to a normal-ish state of functioning. 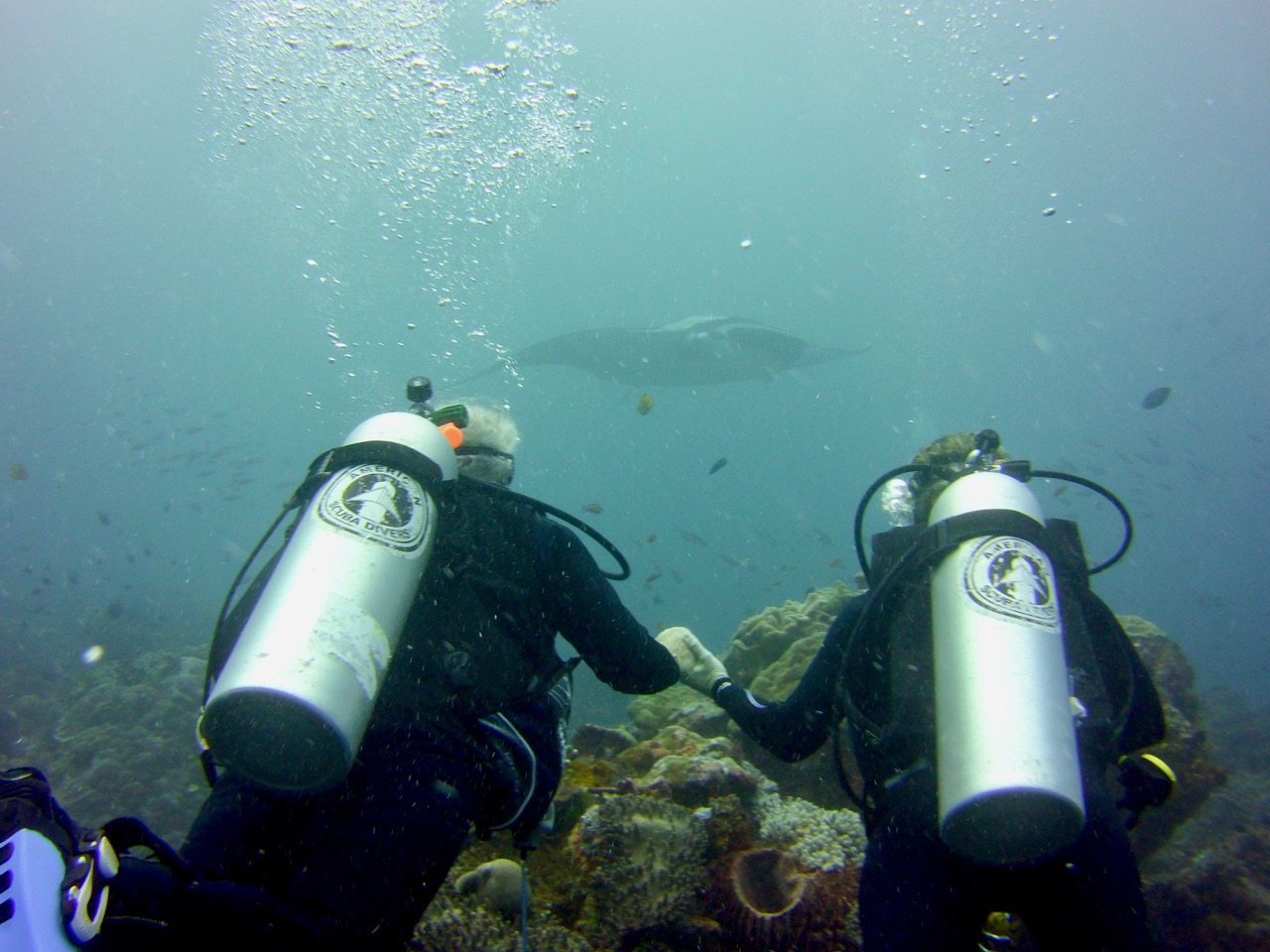 P.S. Miss you already, Dad. Let’s do it again sometime.