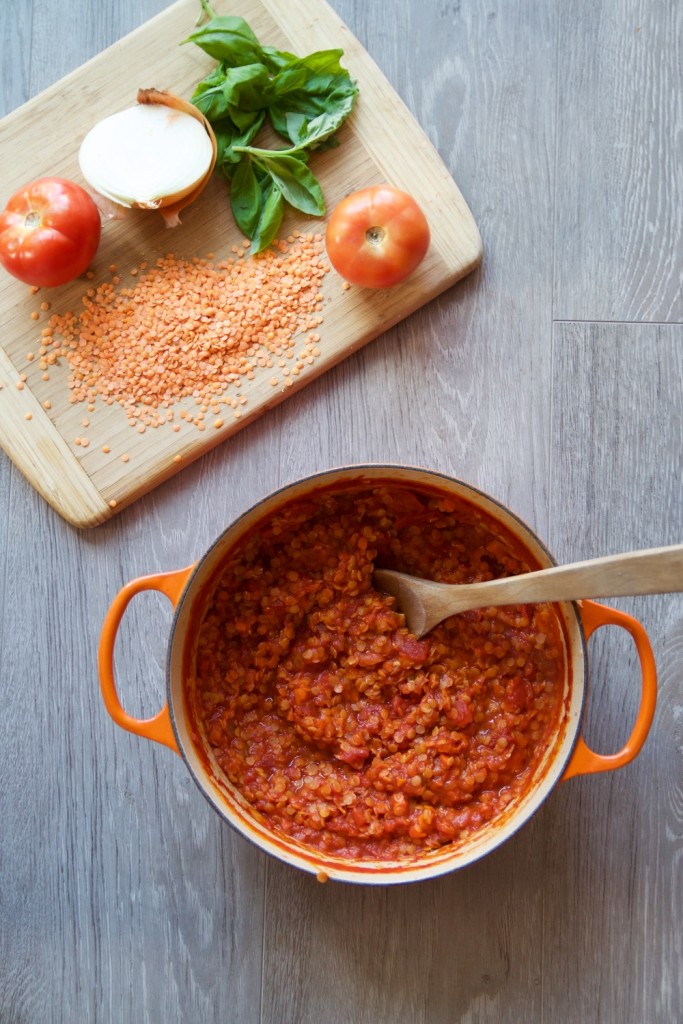 I now grow my own basil and make meatless sauces. Oh California, what have you done to me?

A couple of weeks ago a vegetarian friend of mine came to stay with us for a few days, and I was at a total loss for what to cook. So often, it seems like vegetarians just kind of get handed a side dish “that’s totally hearty enough to double as an entree!” and I felt…I don’t know, like I wanted our guest to feel a little more special. Except over the past couple of months I’ve grown so reliant on my go-to system of throwing some meat on the grill, tossing a salad and calling it a day that I couldn’t for the life of me think of anything to make her. (I ended up not actually doing that badly; I made cool pizzas and a really delicious grain-vegetable-egg combo and such, but still: we’re talking about a limited repertoire.)

This would have been a really good solution. Because it’s not only vegetarian, it’s also really healthy (full of vegetables and protein) and REALLY good. Like, as good as “real” (meaning meat-containing) bolognese. Maybe even better. No joke. It’s not going to trick your tastebuds – it tastes like it’s own thing, not like traditional bolognese – but it’s super flavorful and hearty without being heavy. I like it so much that I prepared each serving with way more sauce than pasta, because it’s so good that it’s not even as much of a dressing for pasta as it is a really delicious stew. 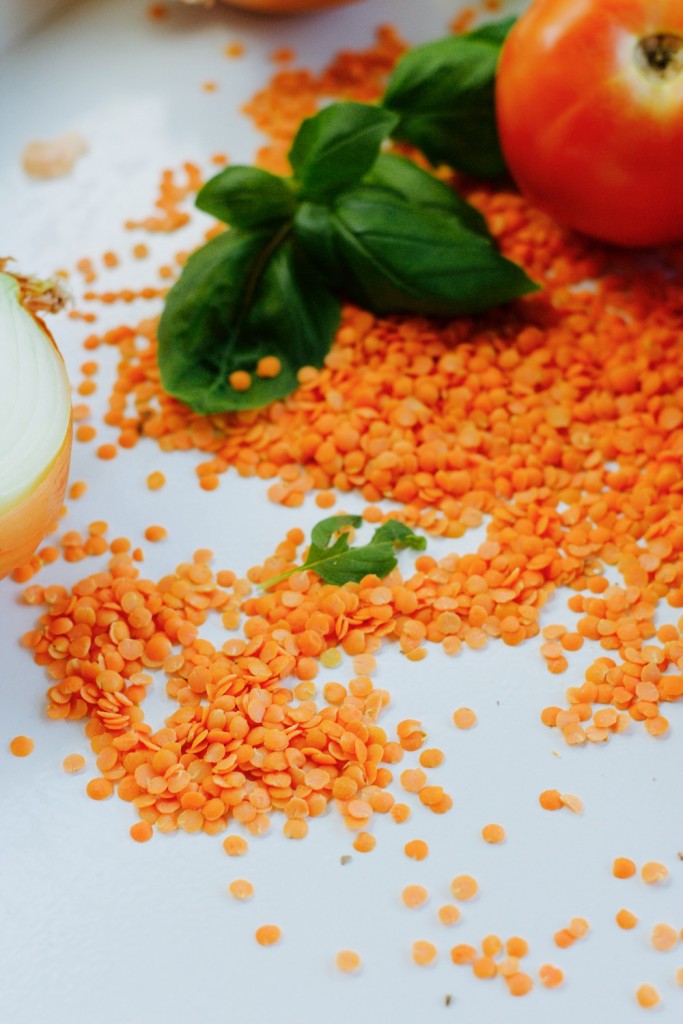 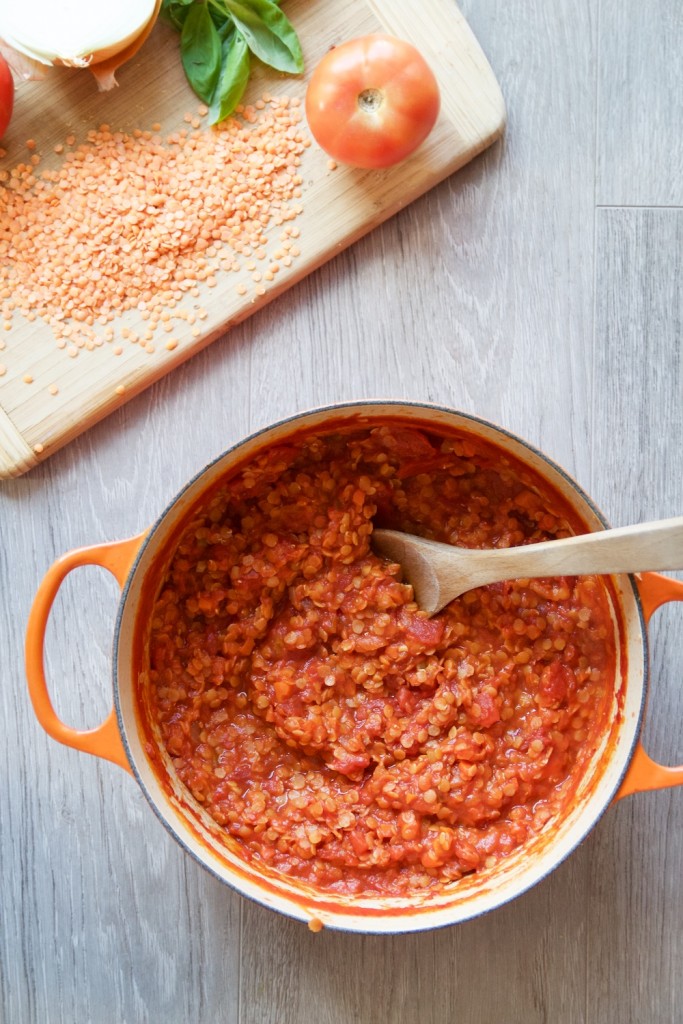