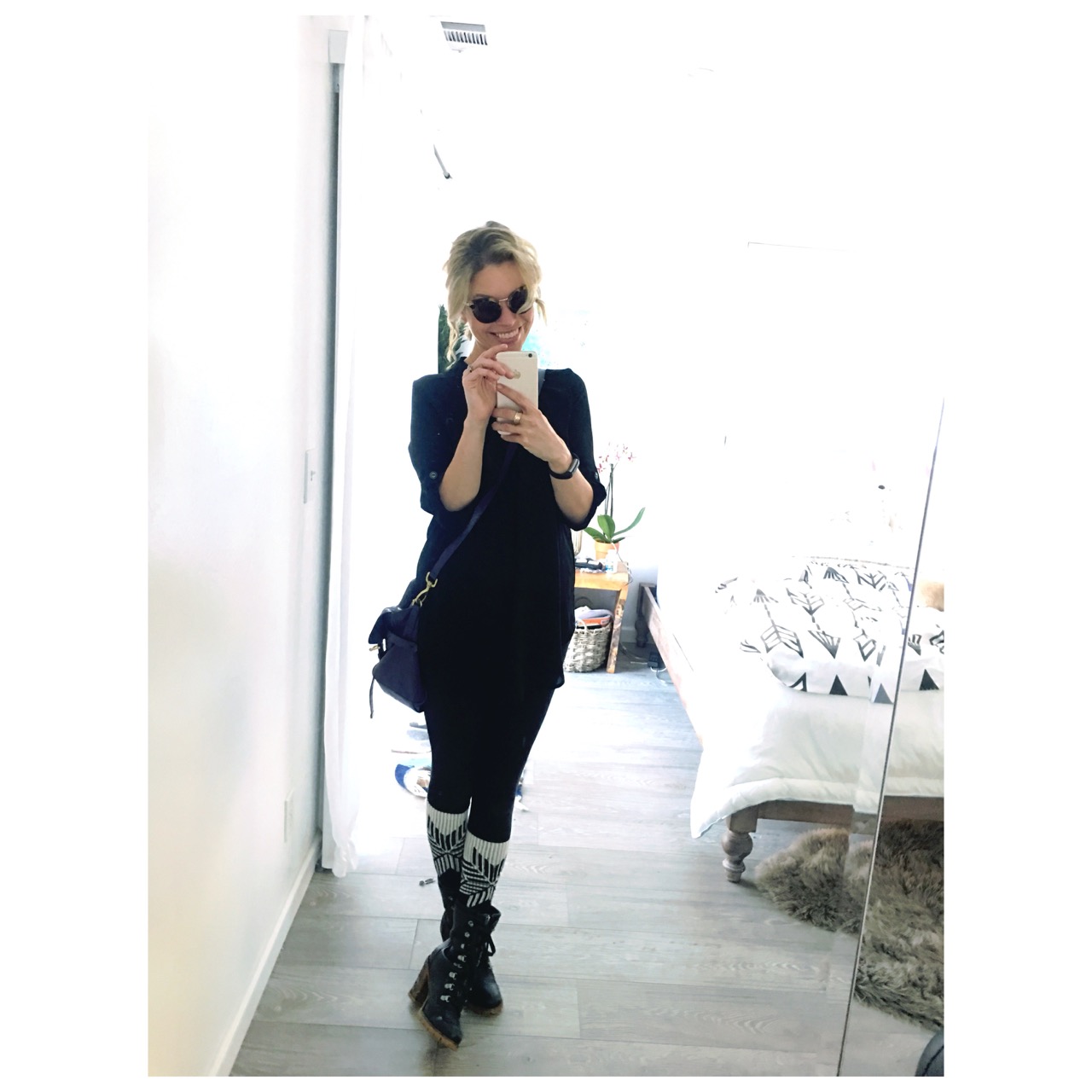 I have located the perfect travel outfit.

Don’t you hate it when you spend a lifetime going about something one way, and the way you do this thing is easy and involves no brain cells, and sure, it may not be the best approach on the planet, but whatever…and then all of a sudden someone named, say, Francesca shows up and tells you that you should start doing this thing in a way that requires something approaching work, and so you humor her, only to discover that her way is, in fact, much better?

For two reasons: 1) When it comes to figuring out what to wear – the subject matter at hand – I really prefer the non-thinking approach, and am annoyed that I have now been convinced to think about it, and 2) It is a virtual certainty that Francesca will use the fact that she was right about putting effort into what I wear to convince me that she is right about putting effort into other things, like exercise.

Here’s the thing: Whenever I travel – for fun, for work, for whatever – my system of packing is generally to throw a bunch of things I like into a suitcase, and then figure it out whenever I get to where I’m going. What this means is that I tend to wear the same handful of things wherever it is that I go – and whenever I try to bring something different than what I usually wear, I never pack the right shoes or accessories or jacket or whatever, and so I never end up wearing it. And then, a few weeks ago, Francesca visited me just before a business trip to New York during which I’d be taking meetings with various magazine editors, and “convinced” (forced) me to try putting together a little personal capsule collection.

What I ended up with was an actual concept: distinct outfits for each day, all of which were clean (!) and unwrinkled (!!) and incorporated the same pair of boots and handbag (!!!!). Rarely in my life have I felt as chic as I did on that trip – and the biggest surprises were how little I had actually bring with me, and how simple it was once I was there: I just took out the day’s designated outfit, and ta da. 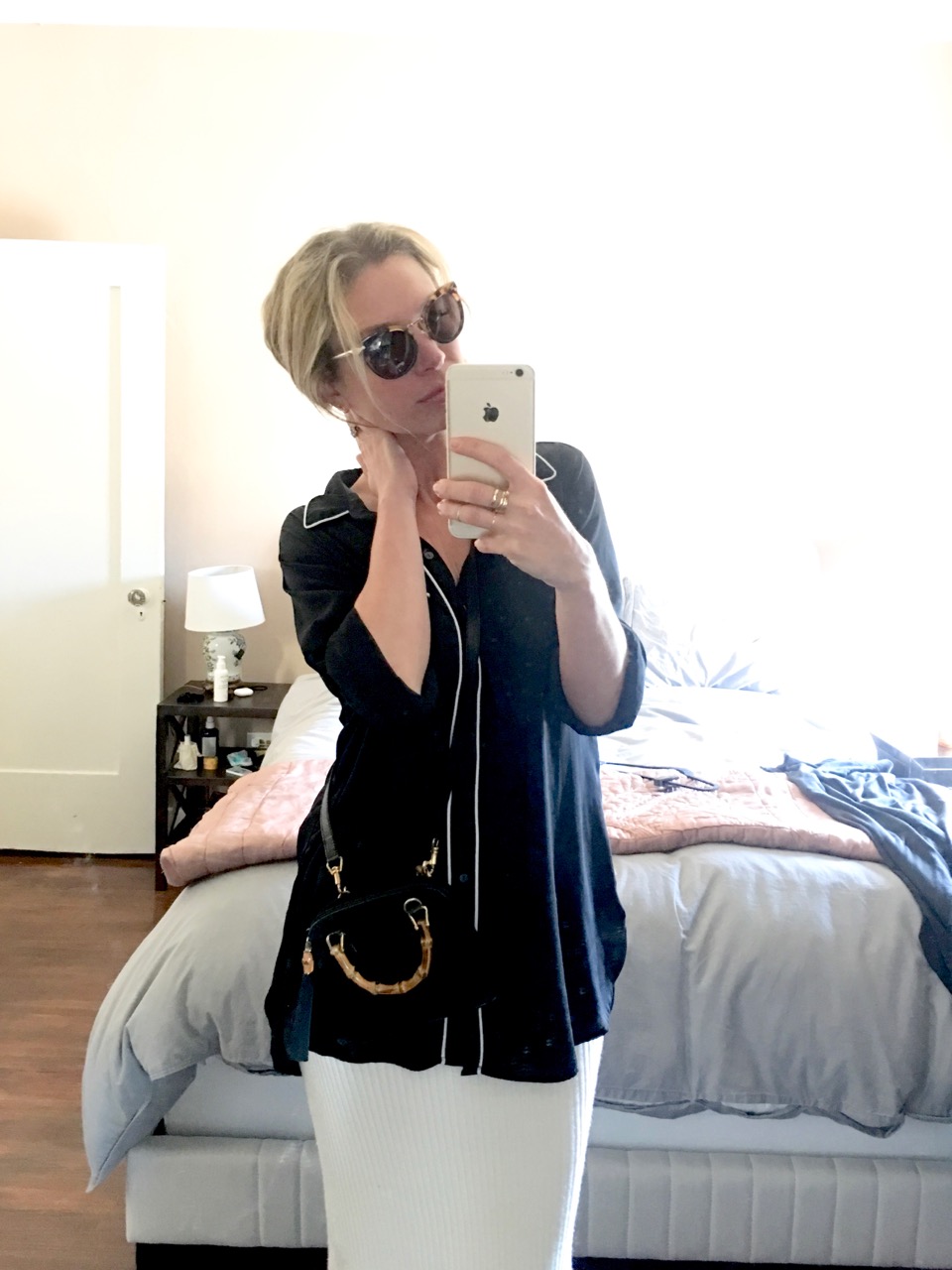 So now this is what I do when I travel. I do it begrudgingly, but I still do it – lay out each outfit in advance, make sure everything I want to wear is ready to actually be worn (see: clean and unwrinkled), and try to build looks around my accessories rather than adding them on at the end so that I don’t end up carting along sixteen pairs of shoes “just in case” – because having done this for three trips now, I have realized that it actually does make the whole wearing-clothing-while-in-transit thing miles easier.

I’m in New York right now, shooting a pilot (for which I will be wearing pretty much an exact replica of the looks that I wore during the pilot I shot in St. Louis last year, because when you’re painting and hammering and such my feeling is a plaid shirt is a plaid shirt, so I might as well wear my favorite one) – but for my non-set clothing, I thought I’d give my Travel Capsule a spin.

Bag: Statement Mini Crossbody. My four-inch-long miniature bamboo-handled Gucci is a patently ridiculous thing you to carry around when you decide to bring your two children with you on a business trip, but I have decided that it makes every outfit I own look ten thousand times better, and so I am going to make this work.

Boots: Spectacular Above-the-Ankle Boots. The Jimmy Choo pair that I inherited from Francesca are, again, a ridiculous attire choice what with the kids and movement requirements and such, but again, they make everything look amazing, and also go with everything, meaning I can bring one pair of boots instead of my usual five…plus a pair of black sneakers that feel like clouds for when I actually need to, you know, walk somewhere.

Every piece goes with every other piece, and the result is infinite (or, okay, like eight) combinations that are all easy and relatively comfortable, and that all make me feel like myself – or like the more together version of myself, in any case.