I Didn’t Go To The March For Our Lives, And This Is Why 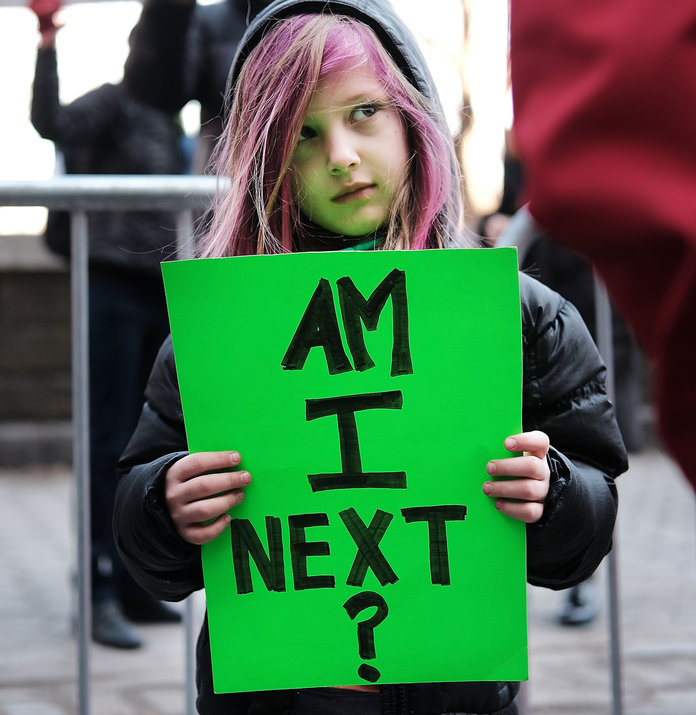 I’ve marched a lot in the past year and a half – in the streets of Los Angeles, at the San Francisco airport, on the side of a road somewhere in the middle of nowhere, and so on and so forth, as we do nowadays – but this Saturday, during the March For Our Lives, I stayed home.

I packed for Monday morning’s flight to New York. I played Mario Kart with my kids, and covered spring bulbs with just-thawed soil. Every hour or so I sifted through my social media feeds, watching all passive and warm on my big, comfortable couch while Emma Gonzalez stood silent to mark the six minutes and twenty seconds it took for a former classmate to murder 17 of his classmates with a semi-automatic rifle, while eleven-year-old Naomi Wadler reminded America that there are huge numbers of American women whose deaths by gun violence are mere statistics, and while Yolanda Renee King echoed the words of her grandfather: “I have a dream that enough is enough. That this should be a gun-free world. Period.”

“Spread the word,” she led the chant. “Have you heard? All across the nation. We…are going to be. A great generation.”

I wanted to be marching, but this time I watched instead.

My six-year-old son has come with me on virtually every march I’ve gone on. He would understand if I explained school shootings to him. He would make a sign and want to walk alongside me; I know that. But still: I couldn’t bring him. Because as thoughtful and mature as he is, he is so young. Just like the children who’ve had to come face-to-face with death because the grownups who promised to protect them failed to put their lives before money and power, he is so young. And he shouldn’t have to confront the fact that there are people out there who would hurt him just because he’s there, and just because they can.

My son is lucky, because he can remain a child for now, when so many didn’t have that choice. He’ll learn about all that’s happened soon enough; for now, I don’t want him to know exactly why he hides in dark closets at school every few weeks, “for practice.” 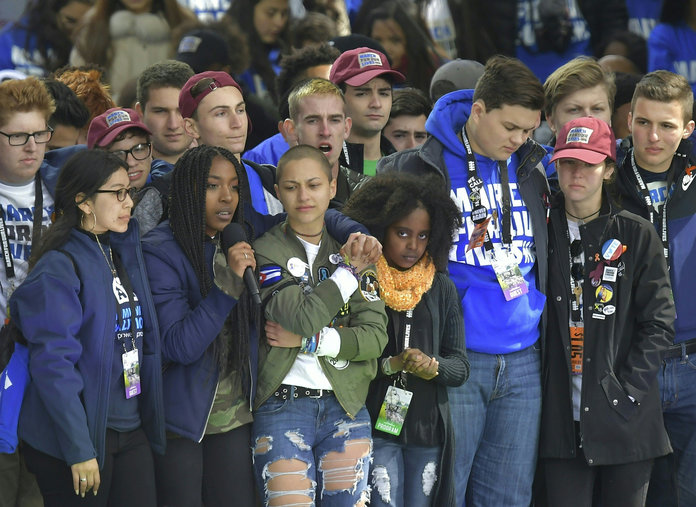 In No Is Not Enough, Naomi Klein talks about how she took her five-year-old to the Great Barrier Reef, but kept him away from the parts she was there to study; the parts that had died. She wanted him to see how beautiful and full of life the reef was, so that he could fall in love with it – because how, she asked, can you fight for something if you don’t learn to love it first?

I want my son to love his childhood, to hold onto it for as long as he can. And then, when he’s ready, I’ll tell him everything, and together we’ll watch the videos of the teenagers – the heroes – who spoke up today. I’ll tell him about the time when kids not much older than him realized that they couldn’t rely on the adults who’d promised to protect them. How they got tired of waiting for someone else to fix the problem, said “enough is enough,” and then changed it all. I’ll tell him that he can be the change, too.

I’ll tell him that he already is.

Register to vote here. And then vote them out.