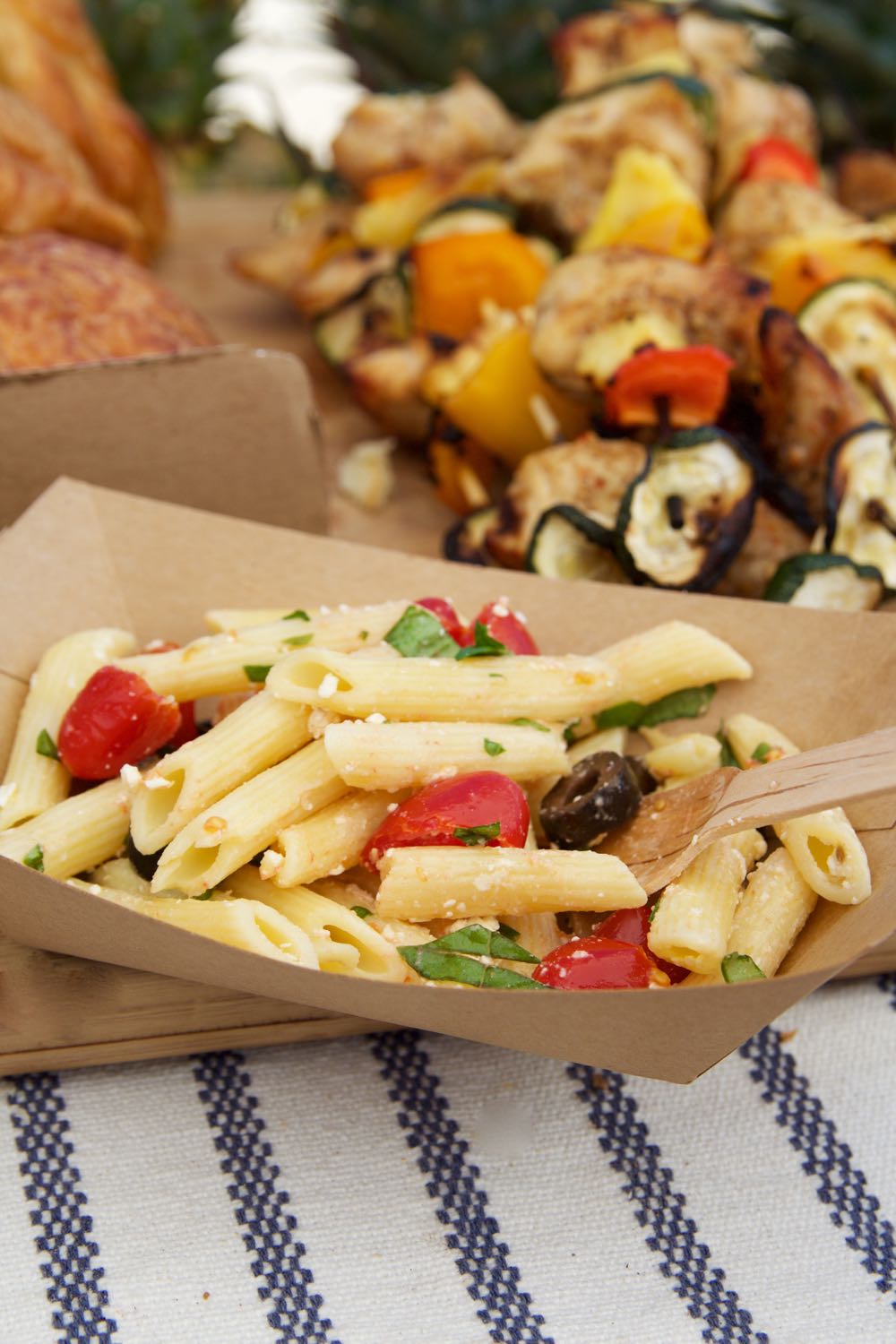 I don’t make this salad very often. And that’s not because I don’t like it all that much…it’s because I like it so much that I cannot stop eating it, even when it’s 3 o’clock in the morning and I just stirred from my slumber ever-so-slightly when all of a sudden the words “COLD PASTA SALAD” propelled me towards the kitchen, where I later discovered myself standing in front of my refrigerator holding an empty Tupperware.

It’s not a pretty sight. (It is, however, rather fun.)

But occasionally – like for my friend Elise’s daughter’s beach birthday party – I can be persuaded to whip up a batch.

(This particular batch may have originally been sliiiiightly bigger than the batch that was ultimately delivered to the party. What can I say? I have a pasta problem.)

P.S. And in case you’re all ugh cherry tomatoes ugh, they’re so annoying to cut in half, ugh…here you go: 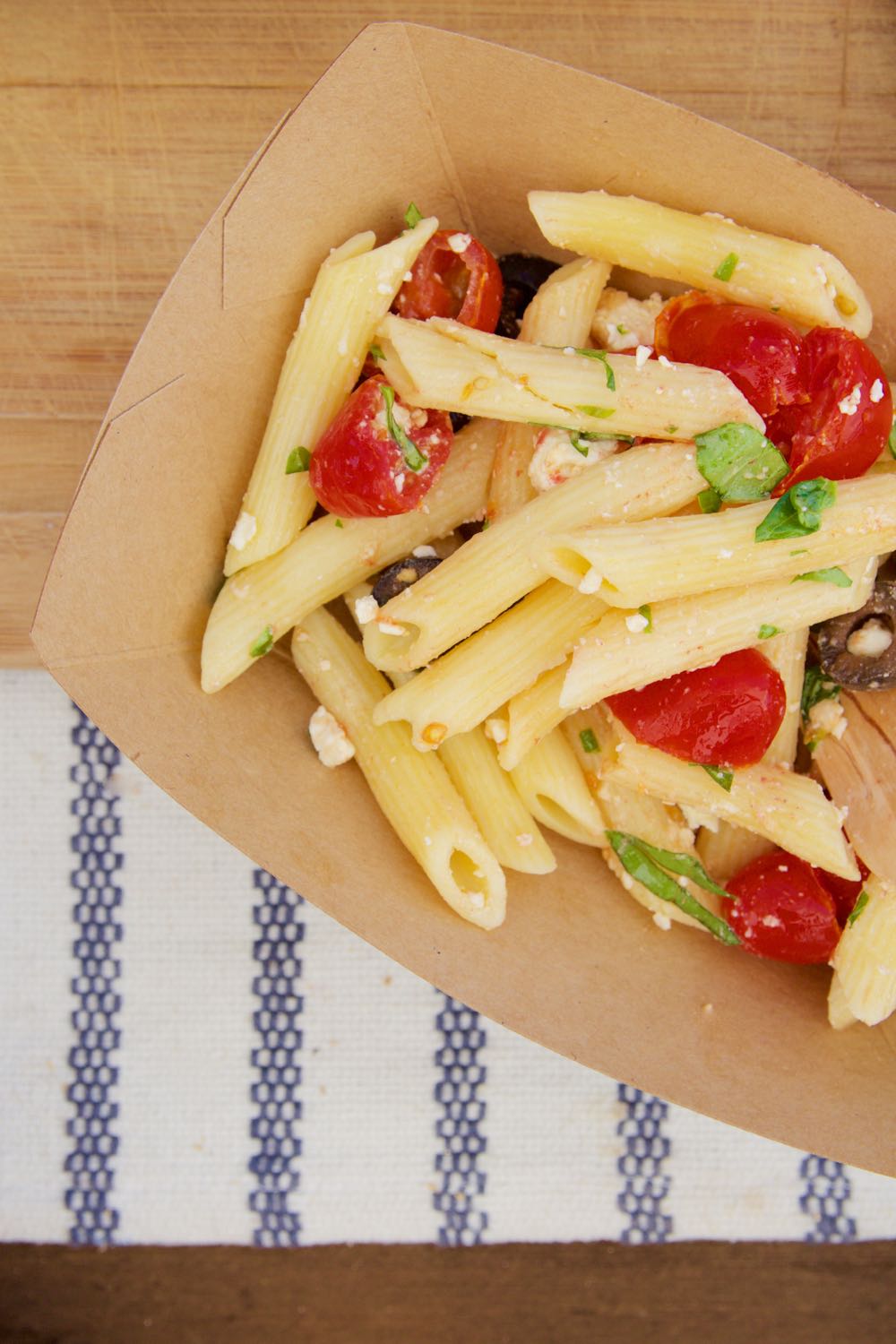 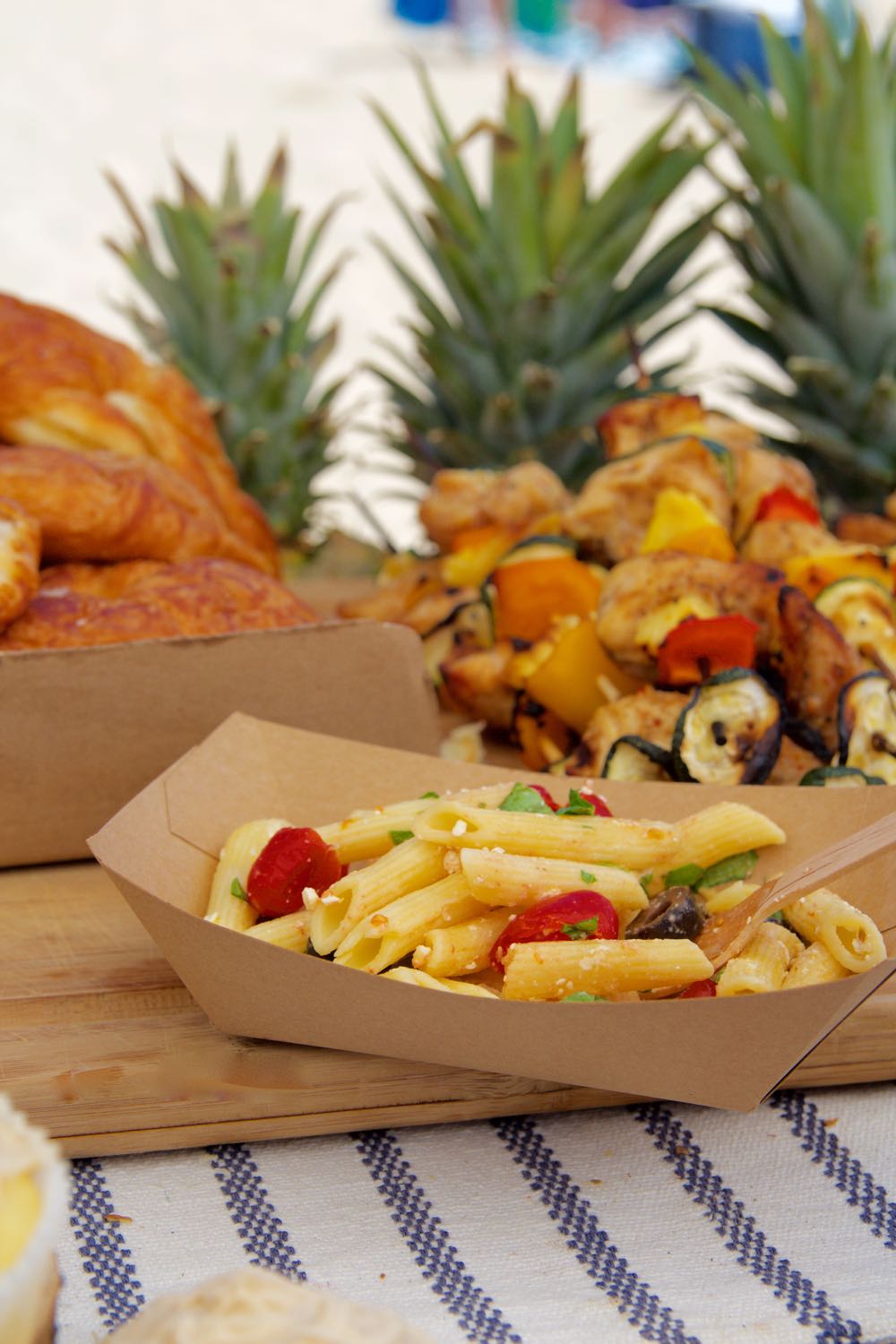