That One Story I Skipped 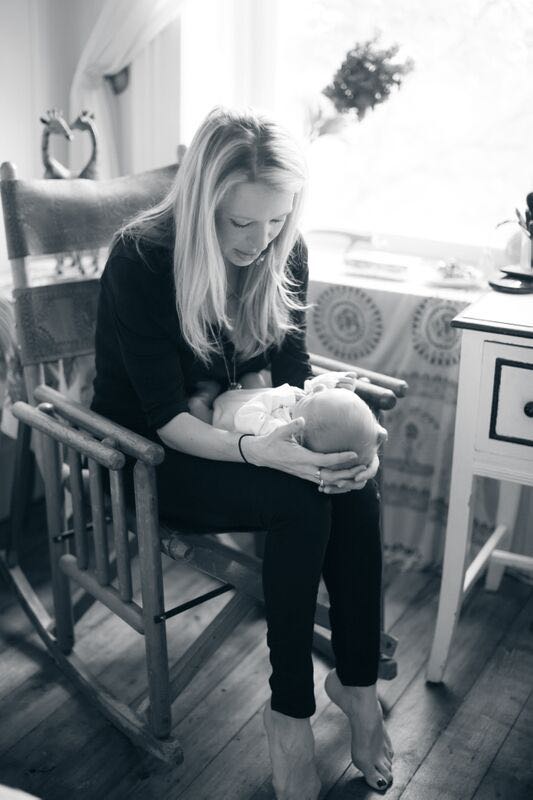 But after a request from a reader I went hunting for a post in which I talk about my own experiences with breastfeeding, and didn’t find anything, save for an offhand mention here and there. Apparently breastfeeding is a topic that I’ve skipped around for nearly five years now…and when I thought about it I realized that there is a good reason for this: for a long, long time I was afraid to touch this subject, because I was afraid of what my choices might say about me.

When I was in college, I took a women’s studies course during which we spent a lot of time examining “living traditional societies” – those tiny pockets of the world where you can still find people living essentially untouched by the march of technology, in environments that closely resemble the world that our bodies and minds evolved to accommodate. One book that I read hypothesized that women in these societies have lower rates of breast cancer because they spend a significant number of years either pregnant or nursing – often until their children are three or four years old – so the number of menstrual periods (and subsequent breast cell divisions) they have is relatively few, at least in contrast to women in Western societies.

I don’t know whether or not this is true – it’s been awhile – but I do know that I left this class believing that we should allow our understanding of how our bodies evolved to operate to inform our decisions. I also left with a host of very strong, mostly very self-important ideas about how to navigate this world as a woman, and as a mother. I was certain that I was in favor of “baby-wearing” throughout infancy, if not toddlerhood. I was certain that I would give birth in a tub of warm water, and that I would introduce only whole foods to my child during the first year (or years) of his or her life. And I was absolutely, one thousand percent positive that I would breastfeed for a year at minimum, more likely two. The science backing up this course of action seemed irrefutable, and I couldn’t imagine a world in which I would be unwilling or unable to do something so fundamental, so natural, for my own offspring. 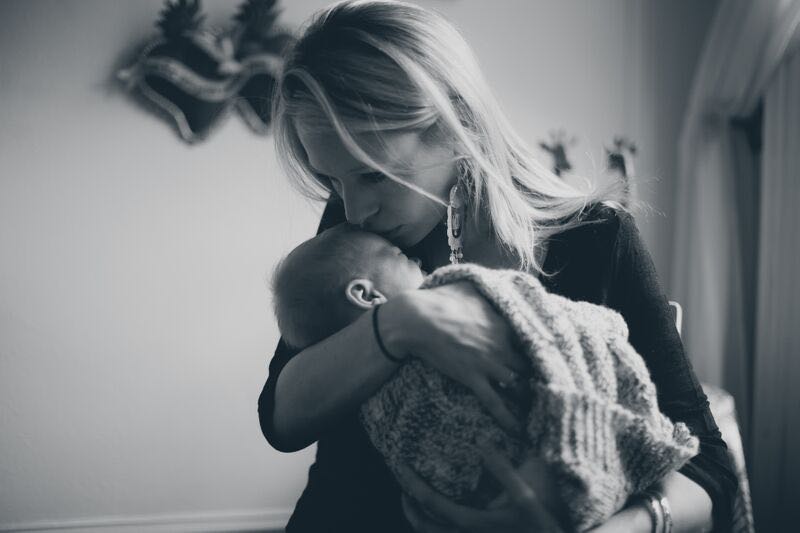 And then I had a baby, and discovered that motherhood had none of the straight lines that I’d pictured while sitting in that classroom a decade earlier.

When the doctor first handed me my son I tried to move him to my breast almost immediately; the nurses had to tell me that it was okay, I could take a second and breathe first. It felt more natural than I’d expected it to, and seemed to go pretty well for the first day or so. I congratulated myself for having sidestepped the misery of struggling to feed a baby who wouldn’t latch on – something I knew from books and the internet was way more common than you’d think. Then Day Two arrived, and holy god did it ever hurt. I white-knuckled my way through what came next: weeks of engorgement and nipples that felt like they’d been cut with razor blades. I congratulated myself again when I managed to stick with it even though just the thought of feeding my son made me wince in pain – but really, I never even entertained the idea of giving up.

Not breastfeeding my child didn’t even seem like an option. Until it did.

Strangely enough, it was around the time when the pain went away and I more or less settled into breastfeeding that I realized I wouldn’t make it to a year, and probably wouldn’t even make it to the six-month mark. I had started shooting my web series, and my unpredictable schedule left me feeling like I was spending all of my time either breastfeeding or shooting or frantically pumping in preparation for shooting. I rigged up elaborate mechanisms to hold the pump to my body so that I could type out emails and scripts and posts while the little machine buzzed away (I should have just bought one of those hands-free pumping bras, but it didn’t occur to me). It never seemed like I could pump enough, and whenever I got called to set unexpectedly I spent the entire time worrying that I hadn’t left my son enough milk.

It wasn’t the stress of my schedule, exactly, that made me stop. I stopped because I was spending an enormous amount of time worrying about the milk supply I had in the refrigerator, or whether I’d remembered the plug for my pump, or whether an iota of the coffee I drank that morning was still swimming around in my body, ready to make my son explode (or something)…and I finally realized that I could simply make the decision to let all that worry go. Breastfeeding wasn’t just “one more thing” that was creating stress in my life; it was crowding my headspace, my positivity, my time, my patience, and ultimately my ability to focus on the one thing I wanted to focus on more than anything else: my child.

Still, though: “guilty” wouldn’t even come close to explaining how I felt when I decided to stop breastfeeding my son at 13 weeks old. It went far beyond that: it felt, quite simply, like I’d failed at the very first goal that I’d ever set for myself as a mother – something I’d promised myself I’d do years and years before my child was even conceived. I wondered whether my choice to abandon something that I had felt so passionately about in my pre-baby life meant I was lazy. I wondered whether the fact that I had prioritized my own needs (which “real” moms never, ever do…right?) meant that I was in fact the very thing I feared being the most: a bad mother.

And so I didn’t write about it. Because if I wrote about it, someone might call me those things that I was scared I might be, and I might believe them. 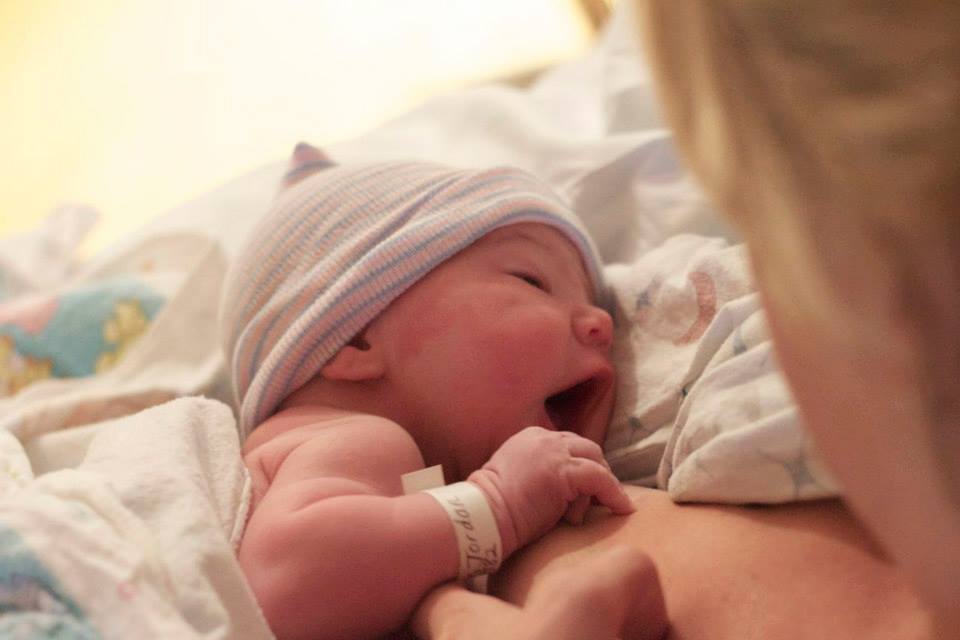 Four years later, my daughter arrived. I fed her with my body for 11 weeks, ending with the day that I found myself standing over a toilet in Grand Central, using my hands to squeeze milk out of my breasts because I was hosting an all-day event in the city and I’d forgotten to bring my pump with me. It was embarrassing, and stressful, and painful, and when it was over and I was back home I decided that it was time to stop spending huge reserves of energy on something that didn’t fit into my life – or my family’s life – especially well, and spend them instead on things that did.

I know the benefits of breastfeeding for the longer-term. I wanted very badly to give this gift to my children, but once I was there I realized there was something I wanted to give them even more: a mother with space in her head and her body for writing, for working, for eating, for resting. I wanted to make more room in my life for my family, and for my career, and also for me.

The moment you become a parent marks the moment when you stop being the most important creature in your world. You buy fresh fruit by the pound even though you can’t really afford a crazy grocery bill this week, and then end up not eating any yourself because you don’t want your son to want a raspberry and discover that you’re all out. You wake up at five so that you can run through your emails and still be able to take a minute to eat cereal with your daughter before school. You’re always tired, and you always have too much to do and not enough time to do it in.

Except it turns out that making the choice to also do the things that you need to do to feel happy and peaceful and sane is just one more part of that.

I am not saying not to breastfeed, or that breastfeeding isn’t important; of course I’m not. But I am saying to go ahead and take it easy on yourself in the places where you can. Parenting is hard and scary and consuming, and if there is a choice that you can make – including whether to breastfeed for a month or for three years or not at all – that has the potential to simplify your life and make it easier to move through your days from a stronger and healthier place, that is a choice that you should feel confident in making.

Look, I am not the kind of mother I expected to be. I am simply the kind of mother I am: one who breastfed, and then didn’t; who disappointed herself, and then didn’t. I’m not interested in telling you what choices are right or wrong; I’m simply telling you about the choices I made. What I am interested in is letting you know that figuring out “what’s right for you” is easier than it seems. It’s just that taking it easy on yourself is often the hardest part.