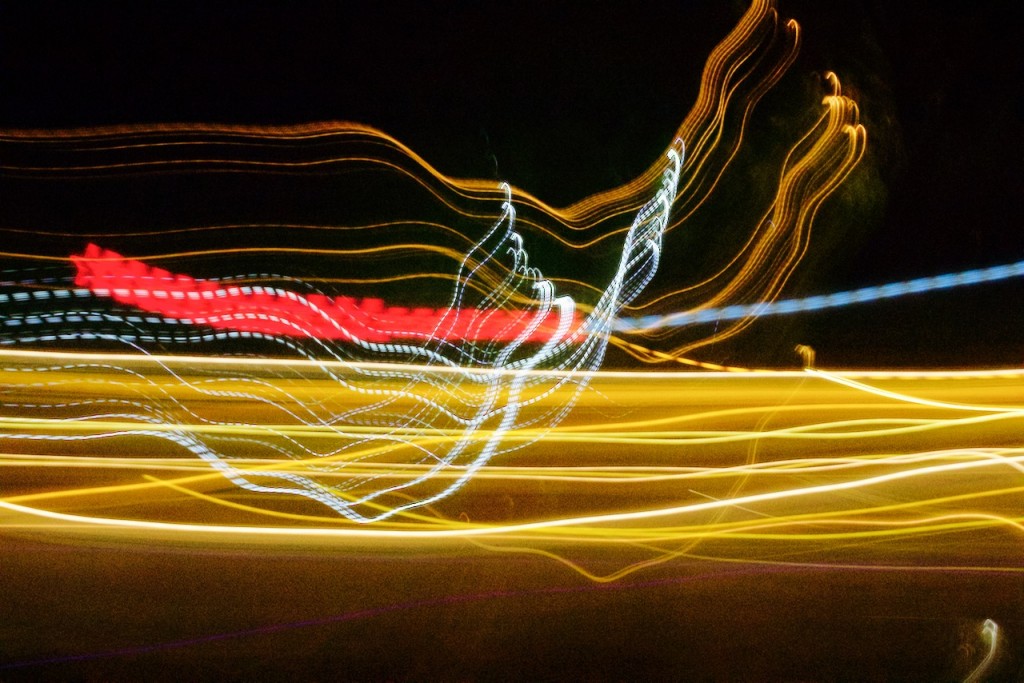 We needed this trip. So, so badly.

I knew it when we decided to drive out here, how good it would be for us to just spend time together, as a couple and as a family, in a way we haven’t in a really, really long time. It’s mostly the hours in the car that have done it: we talk, sing along to music, run around gas station convenience stores picking out terrible, horrible things to eat, and mostly just hang out together.

I can’t tell you how much I’ve wanted this: to just be together.

One of the coolest, most unexpectedly crazy and amazing places we’ve stopped so far was a tiny (tiny) town called Truth Or Consequences, in New Mexico. A reader recommended it, and so we spent the night there on the way to Tucson, and what we discovered was the most remarkable place: a town full of mineral springs and crystal rock piles and offbeat art installations and people so chilled-out they could have been sort of pleasantly sleepwalking. We did lots of mineral bath-soaking and thrift store-browsing, and then, in the spirit of that whole “let’s do this Life Thing together from now on, rather than apart” concept, decided to book a tarot reading for two.

Here’s my feeling about tarot readings: I believe in them; I really do, but not exactly because I think I’m being “told my future.” Kendrick’s never done one before, and so he was surprised I was volunteering so much information to the reader (who came to our hotel room and gave us the reading while our kids watched – and then had their own palms read, which was super cool). I think Kendrick’s impulse was to not give anything away, to see if the guy “got stuff right,” – but to me, it’s not a party trick; it’s a conversation. Sort of like a therapy session; it’s a chance to talk and see what feels right and get it all out with someone completely objective (and theoretically very intuitive).

And so we talked, and told the reader what was going on in our life, and what he told us (among lots of other stuff), was that he had the sense that we were both trying – so hard – to recapture something in our shared past that we felt had been lost somewhere along the way.

He was right. We are.

The day after Kendrick and I got engaged, we spent the morning splashing around together in a Vegas swimming pool and laughing like lunatics, just because we were so crazy happy to have found each other. I miss that; I think everyone misses that about the beginning of a relationship. But I also miss him, you know? I’ve missed him a lot, these past couple of years. I’ve missed being partners in the everyday whatever, not just planets that collide every so often.

Just this morning, the kids were napping and Kendrick and I decided to get in the pool, and then all of a sudden there we were: swimming around and hugging and laughing and it felt so much like it used to. It really did feel very much, like a…I don’t know, I don’t want to get too weird here, but whatever, apparently I get weird after fourteen days in a car – it felt like a healing. It’s just true: something about this trip has felt like a spiritual journey, in addition to a physical one.

For the first few states we were still pulling out all our old baggage, sifting through all that crap we’ve been carrying around these past many months – the blame and who’s-doing-more-for-whom and the guilt and the worry – and then, somewhere around the middle, something changed. And now we’re out west – we’ll be hitting the California border later on today – and out here in the desert the water is so scarce that it feels…magical, almost. And every time we step into it – a mineral bath, a pool, whatever – it’s felt to me like an opportunity to shed the past in preparation for whatever’s next.

You know what my son said to me the other night, after a long day of running around? He sighed: “Today was a long time.” And then he looked at me and said, “But it’s just the beginning.”