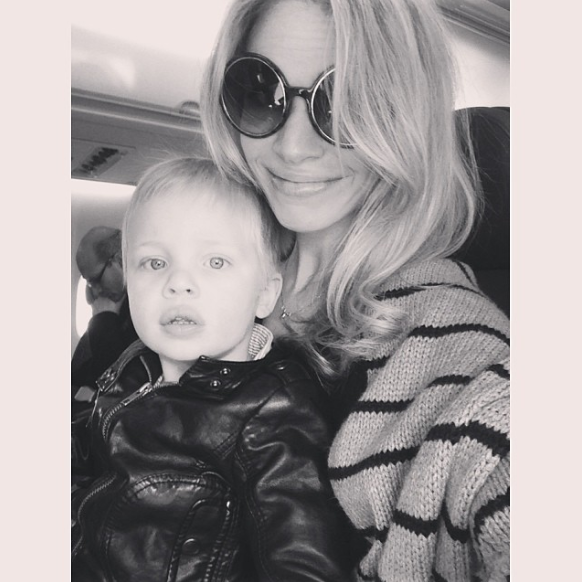 Three screenings of Planes (for real; I think someone was excited about flying), one waffle, one banana, one cup of blueberries, one cup of pasta, one cup of cereal, one cup of dried green beans, two applesauces, three crackers, one yogurt parfait, and one McDonald’s egg-and-cheese biscuit later (what can I say? the child can eat), and we’re in San Francisco! 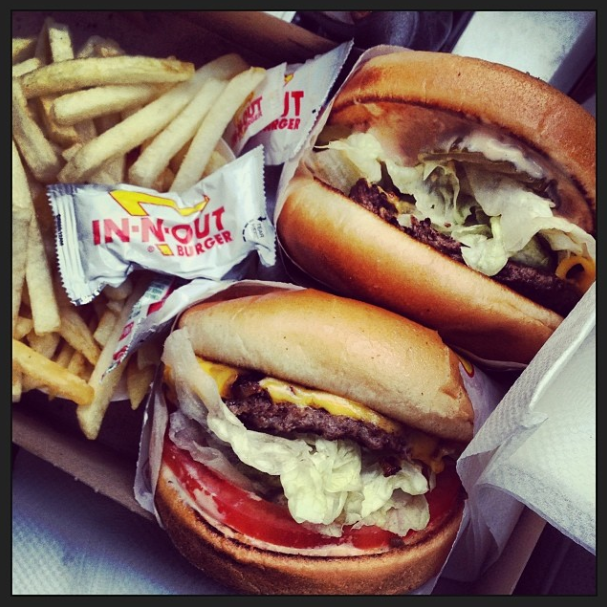 Of course, the first order of business was to head straight to In-N-Out Burger for some animal style action. Because we were starving.

Seriously, though: that plane ride went so well. It wasn’t just “not horrifying”: it was fun.

You know, I read somewhere that every parent has an age that they “rock” – infancy, toddlerhood, teenagers, whatever. And I think this is my age.

I still worry about pretty much everything and feel guilty about everything else, and – oh right – there are those Bed Bath & Beyond meltdowns that, granted, are a fairly inevitable part of two-year-old life but do exactly the opposite of making you feel like a not-terrible parent. I’m just muddling my way through the same as every other first-time mom and hoping that we all come out the other side of this “growing up process” reasonably sane and happy.

So no, I wouldn’t say that I “rock” this age, exactly…I think it’s just that I understand it. More than that, I love it. The first year of my son’s life I read the books and listened to advice when it was given, but mostly I just tried to figure out what in the world to do with the baby who had all of a sudden shown up in my apartment, and most of the time was terrified that what I was doing wasn’t even close to right. It was enchanting and heartbreaking and beautiful in ways that surprised me every single day, but sometimes it felt like barely a second went by that didn’t feel almost impossibly hard.

At two, though, something changed, and I think it was that I suddenly started feeling like my son wasn’t only my “child”…he was my friend. I just love hanging out with him so much. And I love that we’re starting to be able to for-real communicate, which means he can tell me what he likes, what he did with his friends today, what he wants to play with tonight. I can explain to him why he needs to stay in bed awhile longer, or stand right there, or go pick up that toy.

It’s scary, though – because I finally (finally!) feel like we’re getting in a bit of a groove, he and I. I feel like I can handle things like six-hour cross-country flights, no problem. And now we’re about to change it all, throw everything upside-down all over again. In a few months, there will be no more calm cross-country flights…or calm trips to the corner store. Not for awhile, anyway.

So I do worry that I’ll lose this very tentative equilibrium that we’ve established, the balance that’s let me regain those quiet moments that felt so few and far between those first couple of years, and that’s let us – all of us – find our fun, for real. I know we’ll work through it and it’ll be hard and exhausting and wonderful and exciting all at the same time…but still: I want to hold on to every one of these last, sweet moments when it’s just my guy and me, looking out the window of an airplane and counting the clouds.