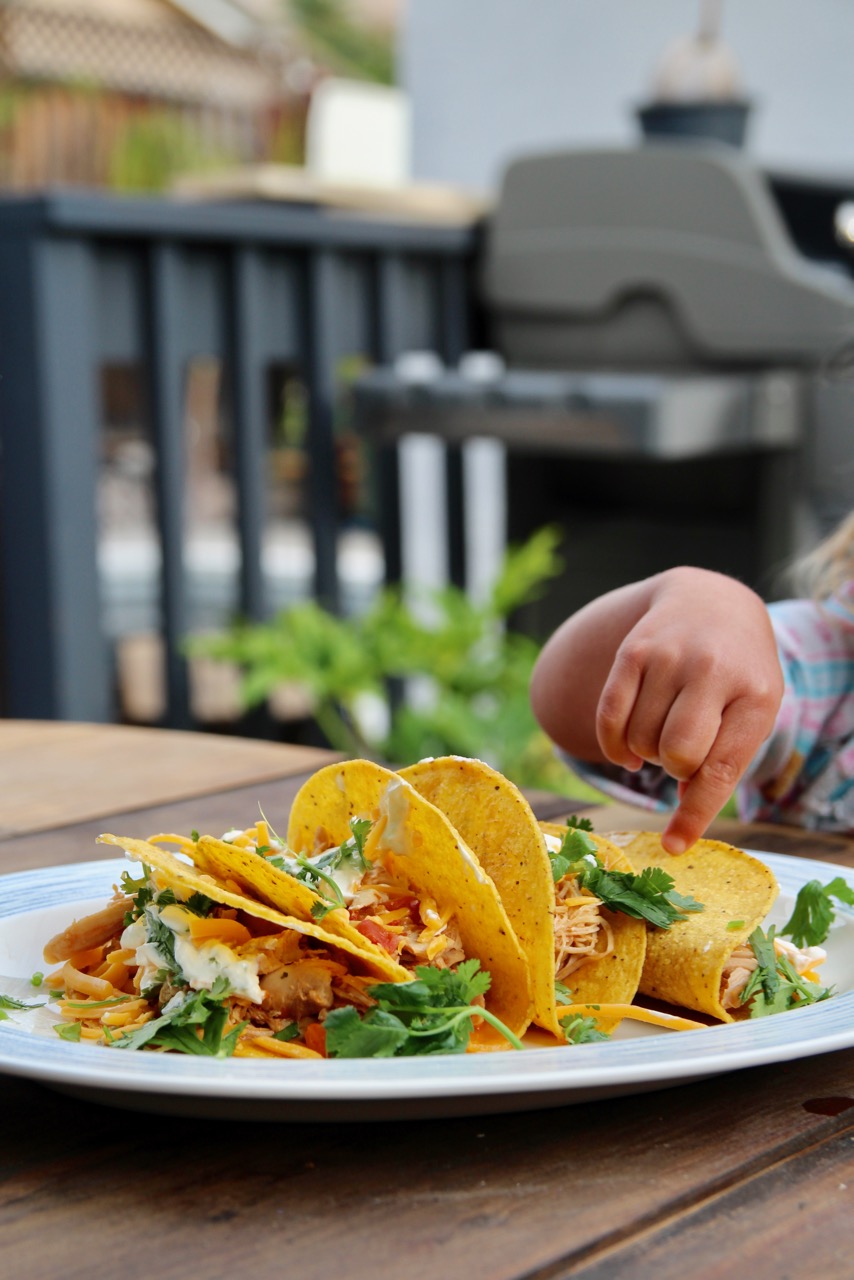 I do not eat tacos. I will, on occasion, eat a burrito (and only “on occasion” because if I were to eat burritos as often as I would like to, I would become a burrito myself), but hard-shell tacos aren’t something that’s ever appealed to me. Don’t they, like, break apart into tiny, shard-like pieces which then a) hurt you and b) result in the deliciousness inside getting out, which, as I gather, is not the point?

But Kendrick loves tacos, and always gets excited when I cook anything even vaguely Mexican, and besides, isn’t having Taco Night – preferably on a Tuesday – part of the contract you sign when you become a parent?

So I made tacos based on a recipe sent in by Laura, and now?

Now I am a taco-eater, because I have discovered that what happens to the shells is that they soften up when placed in contact with whatever’s inside, and become little packages of perfection. (I am aware that I should probably have known this already, given the fact that I am 37 years old as of tomorrow, but like I said: I have not, historically, been a taco-eater.)

Oh, Kendrick, get ready, because Taco Tuesdays are so happening.

P.S. This is a really great recipe for summer entertaining, since you can just put out big bowls of chicken and toppings, and let people do as they will. And it doesn’t require utensils! WONDERFUL. 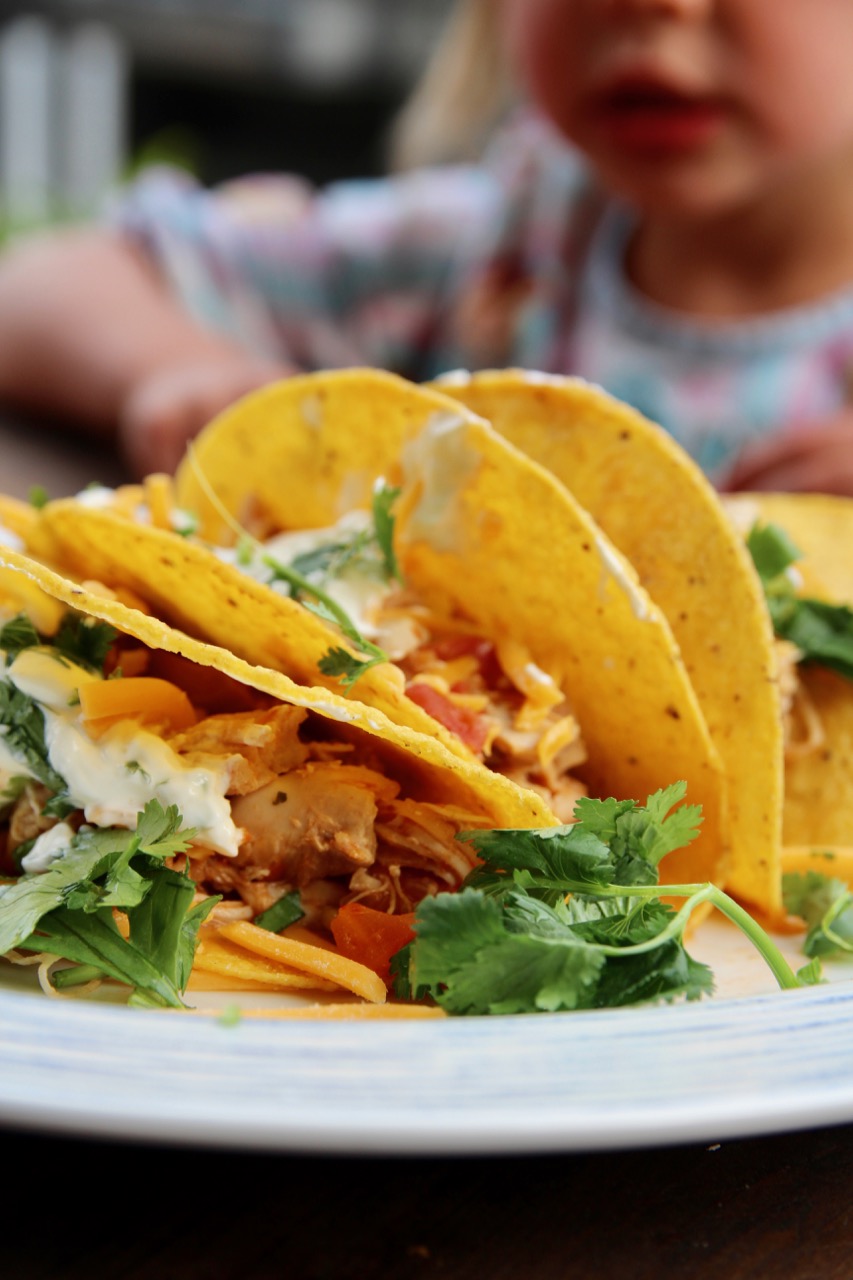 Note: The original recipe calls for using a slow-cooker, but I had cooked chicken thighs in the refrigerator already, so I put the cooked chicken in a covered pot in a 350F oven for an hour instead, adding 1/2 cup of water to the ingredients below so that there’d be more liquid to cook in, and it came out tender and perfect and super shreddable. This is an excellent way to speed things up if, like me, you tend to remember that you want to slow-cook things at a point in the day when you no longer have the time to cook slowly.

Another Note: I increased the amount of chicken in the recipe because we were starving, and also because I wanted to adjust the proportions a little so that instead of pouring some sauce over the shredded chicken, I could shred the chicken directly into the sauce and not have it be, you know, too saucy. Nobody wants chicken that’s too saucy. Only a little. Right? 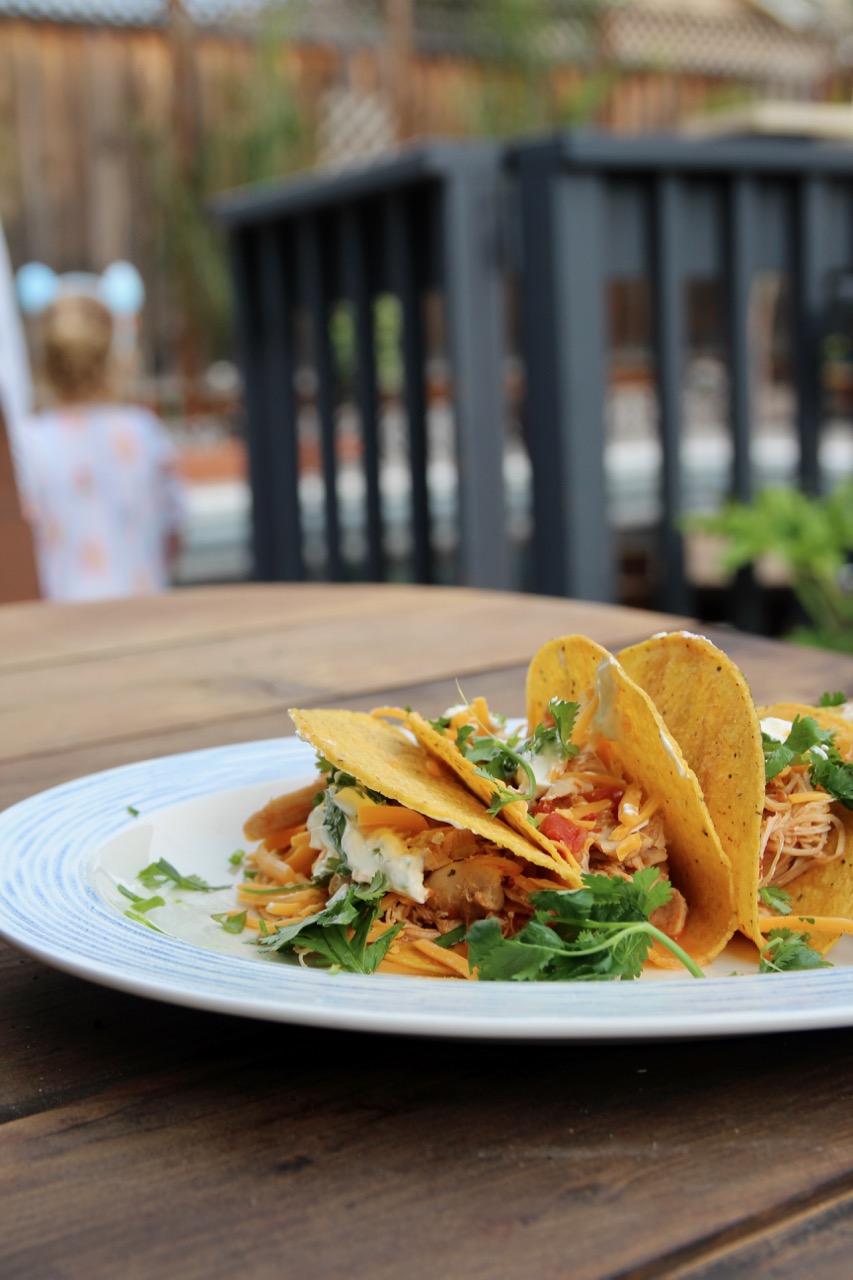 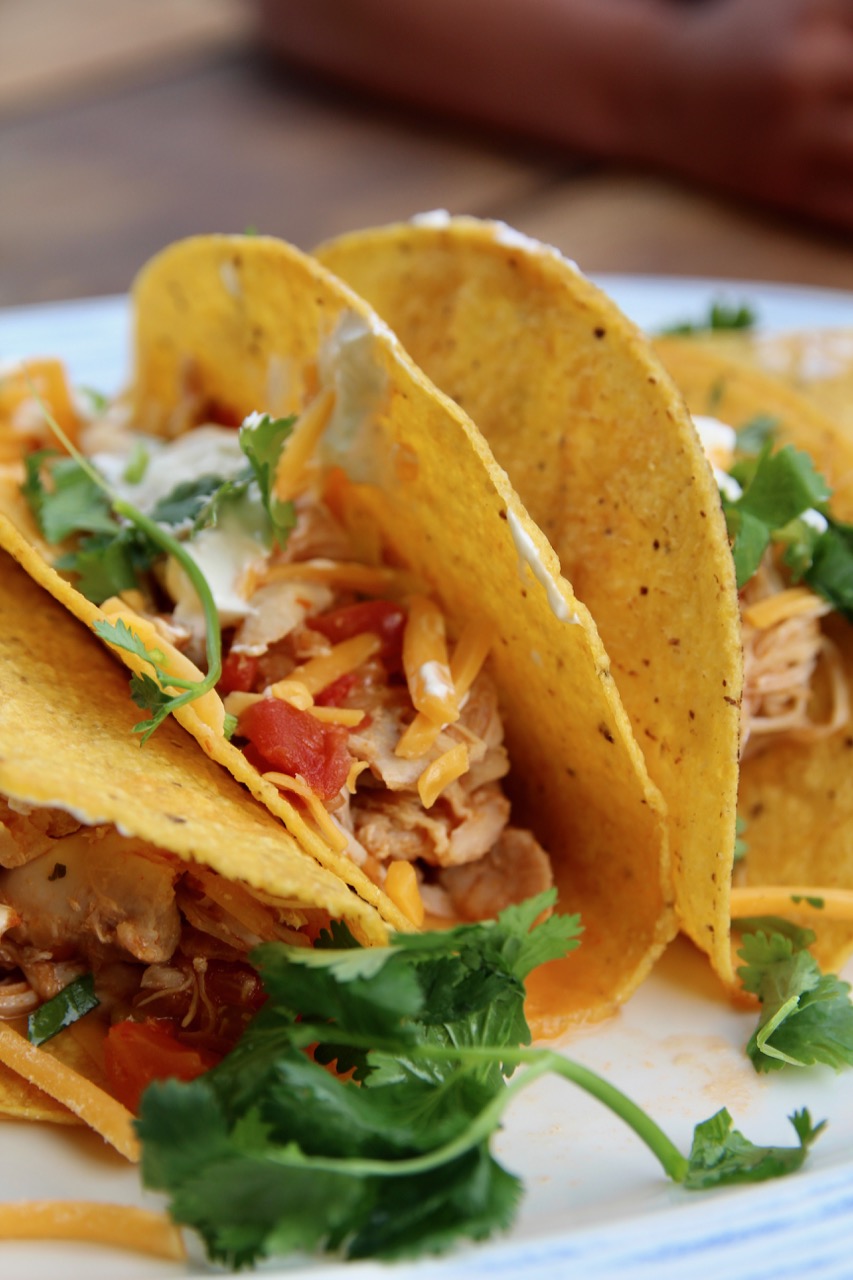