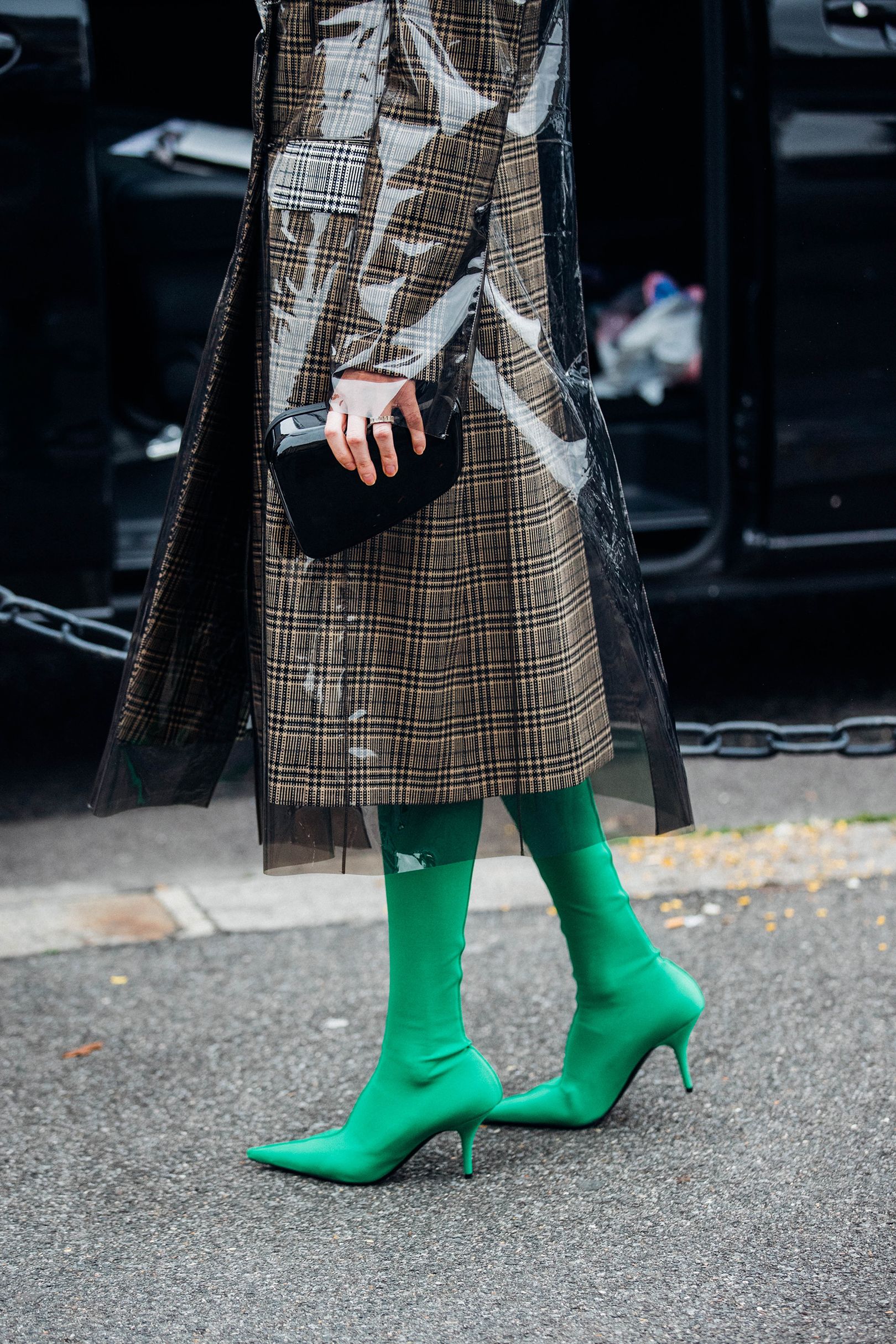 Nothing in this photograph makes sense.

Last night I was laying in bed scrolling through my news feed, and came upon this British Vogue article about street style in 2017 and how great it was and how a whole bunch of the trends are sticking around for 2018 because they’re SO GREAT and etc etc…and I actually cackled.

The crevasse between my life and the lives of Vogue’s street style stars is vast and wide, my friends.

But while I am more likely to sit through The Emoji Movie (nope nope nope) than ever, ever put a pair of “sock boots” on my feet, there were some trends that I really liked. And that actually might work! Like, in actual life! 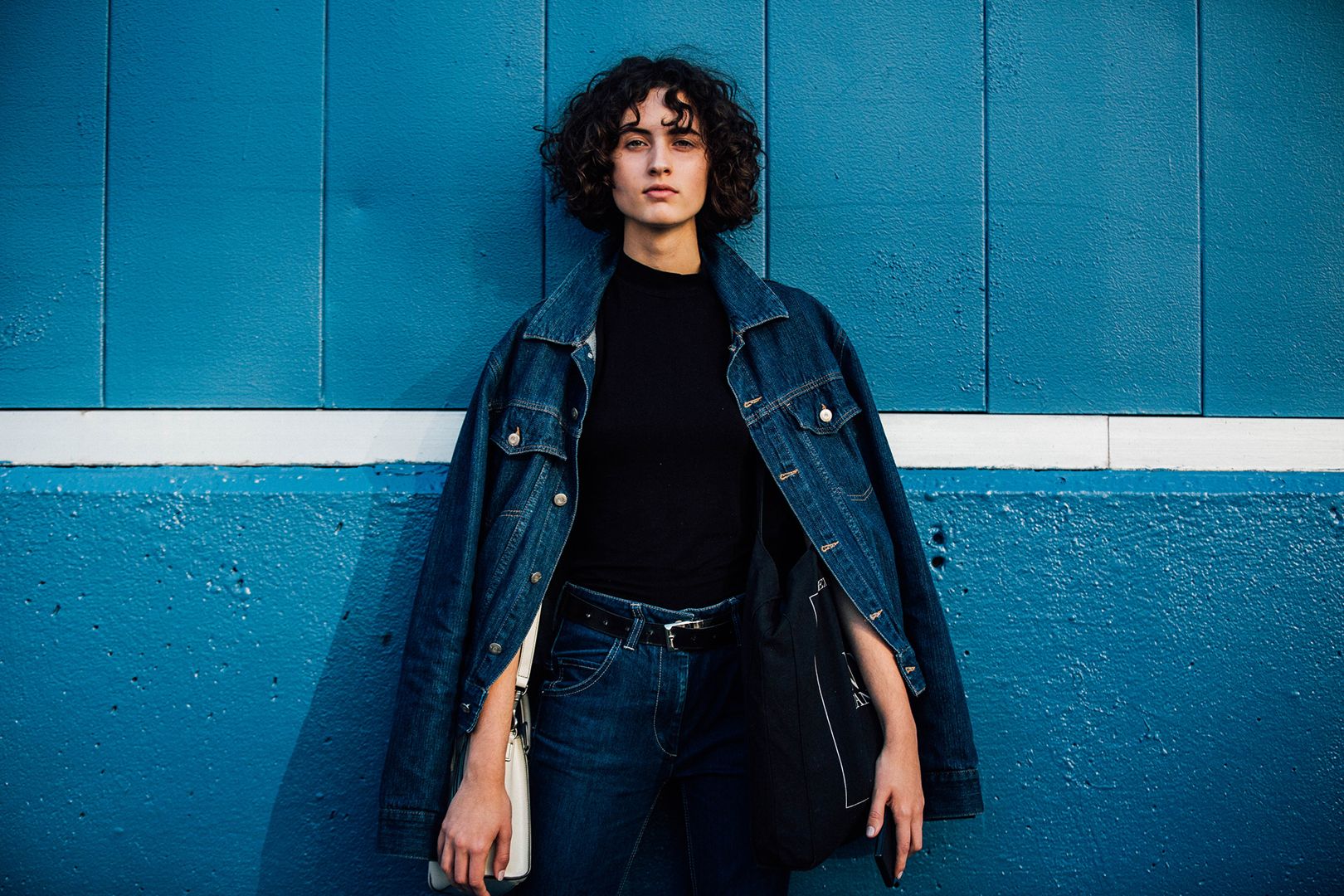 Vogue says that dark blue denim is back. And that we get to wear it tuxedo-style! All over this. 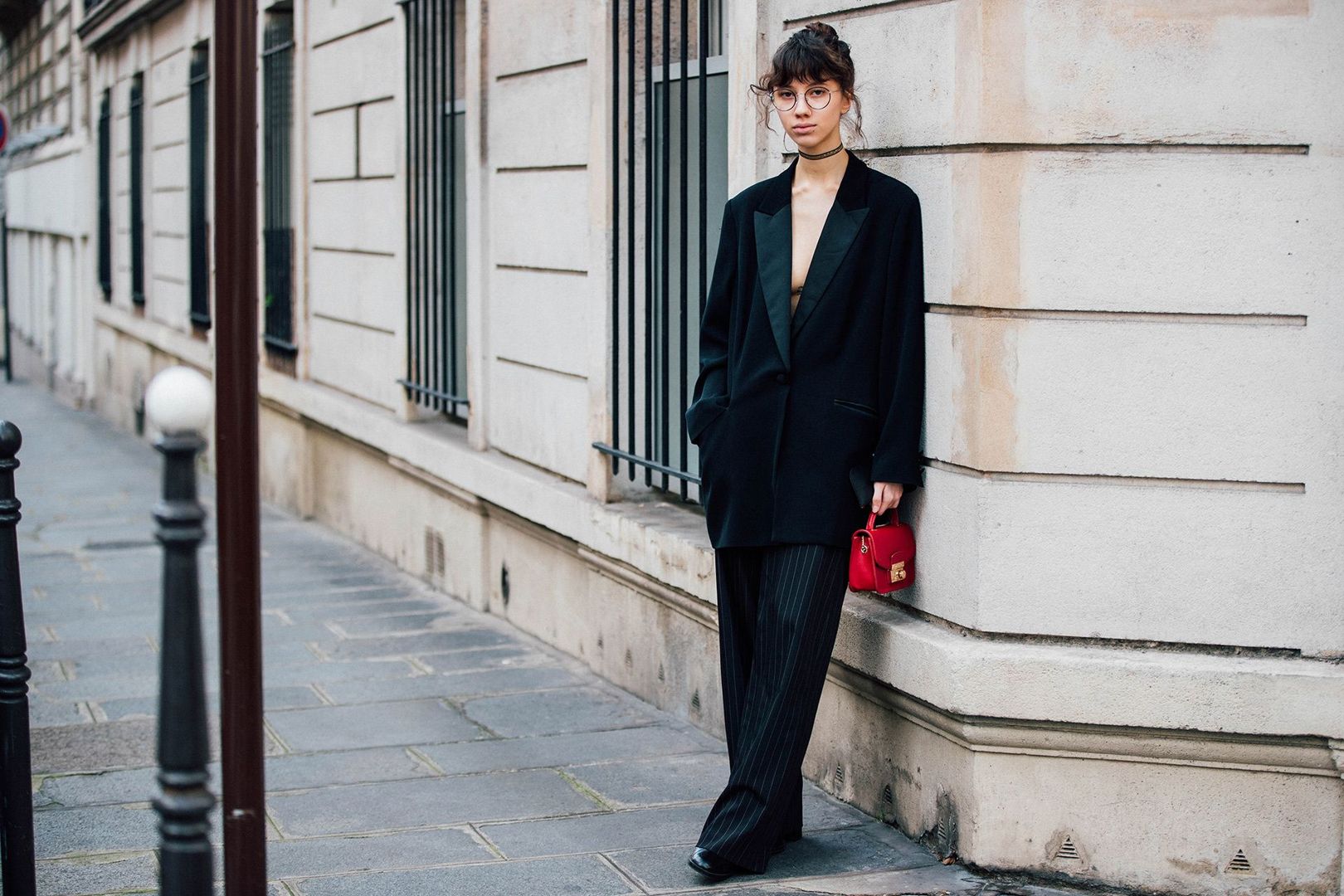 Equally into “the new executive tailoring” – I am technically an executive, but I do not wear anything that could be considered “tailored.” That said, what this looks like to me is pajamas that you wear to work. Which is what I already do. 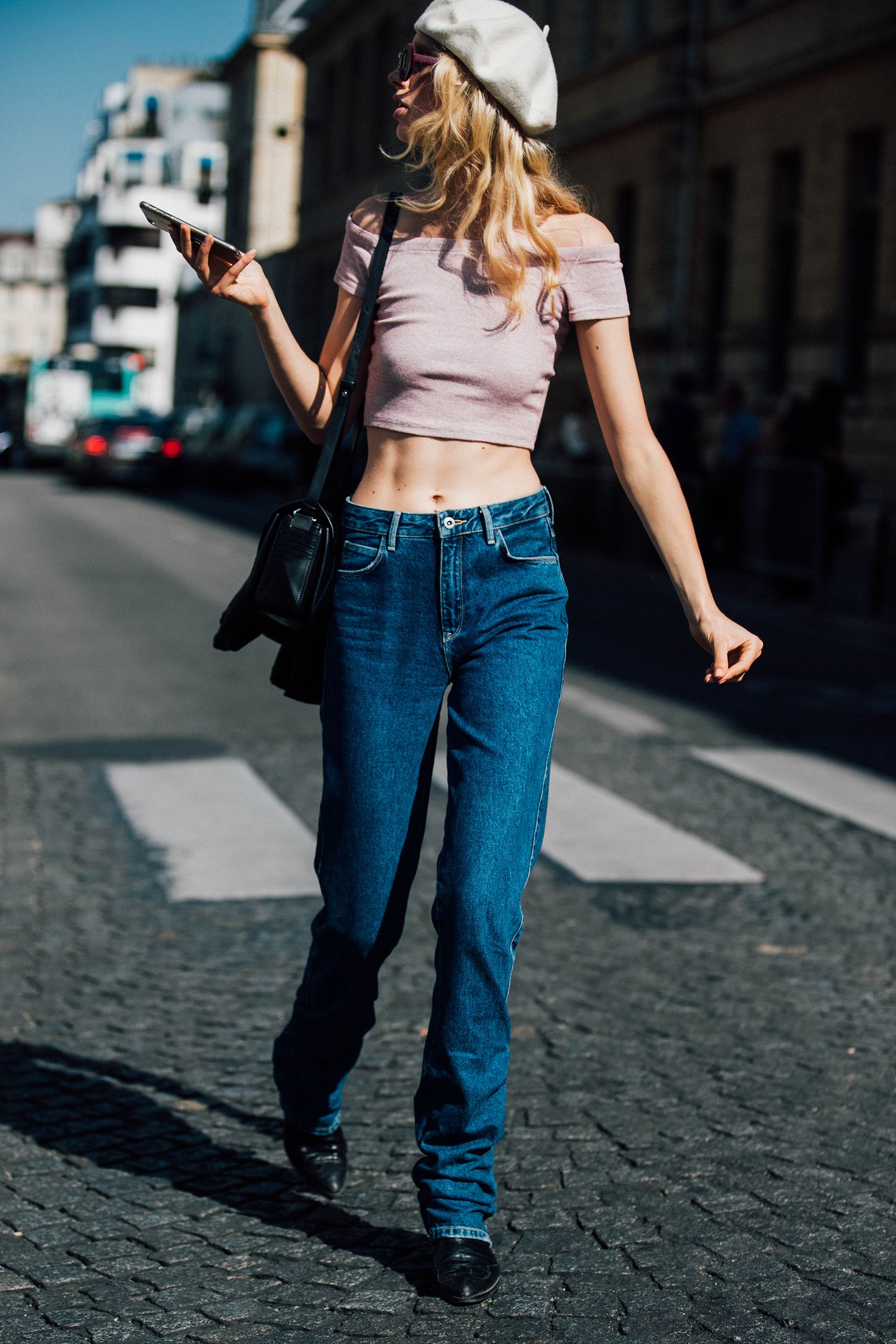 Another thing we apparently did in 2017 was dress like French people in the ’60s. I like this concept in theory, but I am not wearing a beret. (If you want to wear one, however, no judgment; this one is cute and inexpensive. Ooh! Also look at this one, which costs as much as my couch, but which I would actually wear because it has a pom pom on top.)

So berets are (mostly) a no for me. Hats in general, though, I can do. And hats in general are French…ish. …Right? 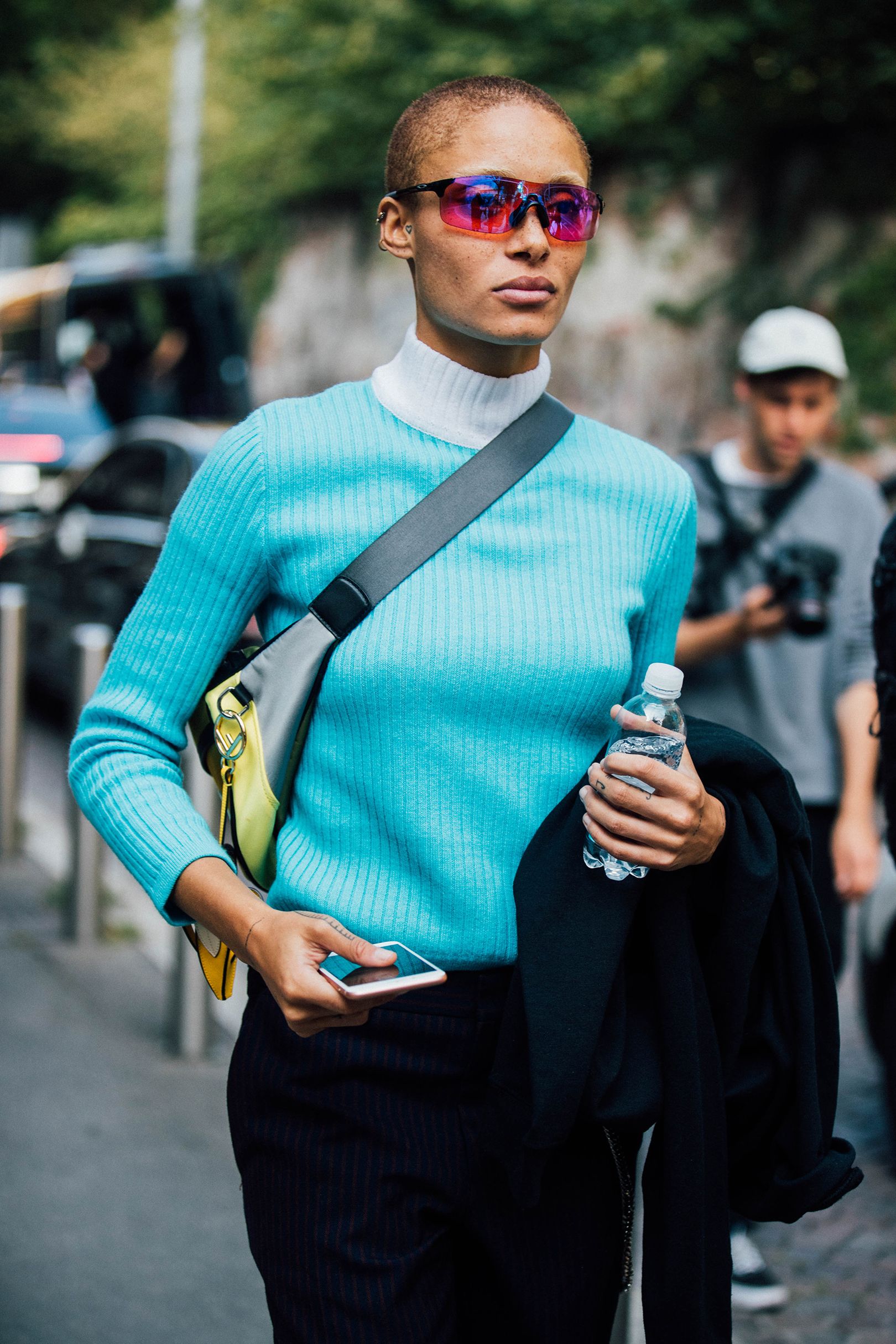 The Brits call these “bum bags” – which I’m pretty sure translates to “fanny pack” in Americanese, but bum bags is more fun, so we’ll go with that.

I love everything about the idea of a bag that requires no hands, and especially love the idea of wearing it as a crossbody. 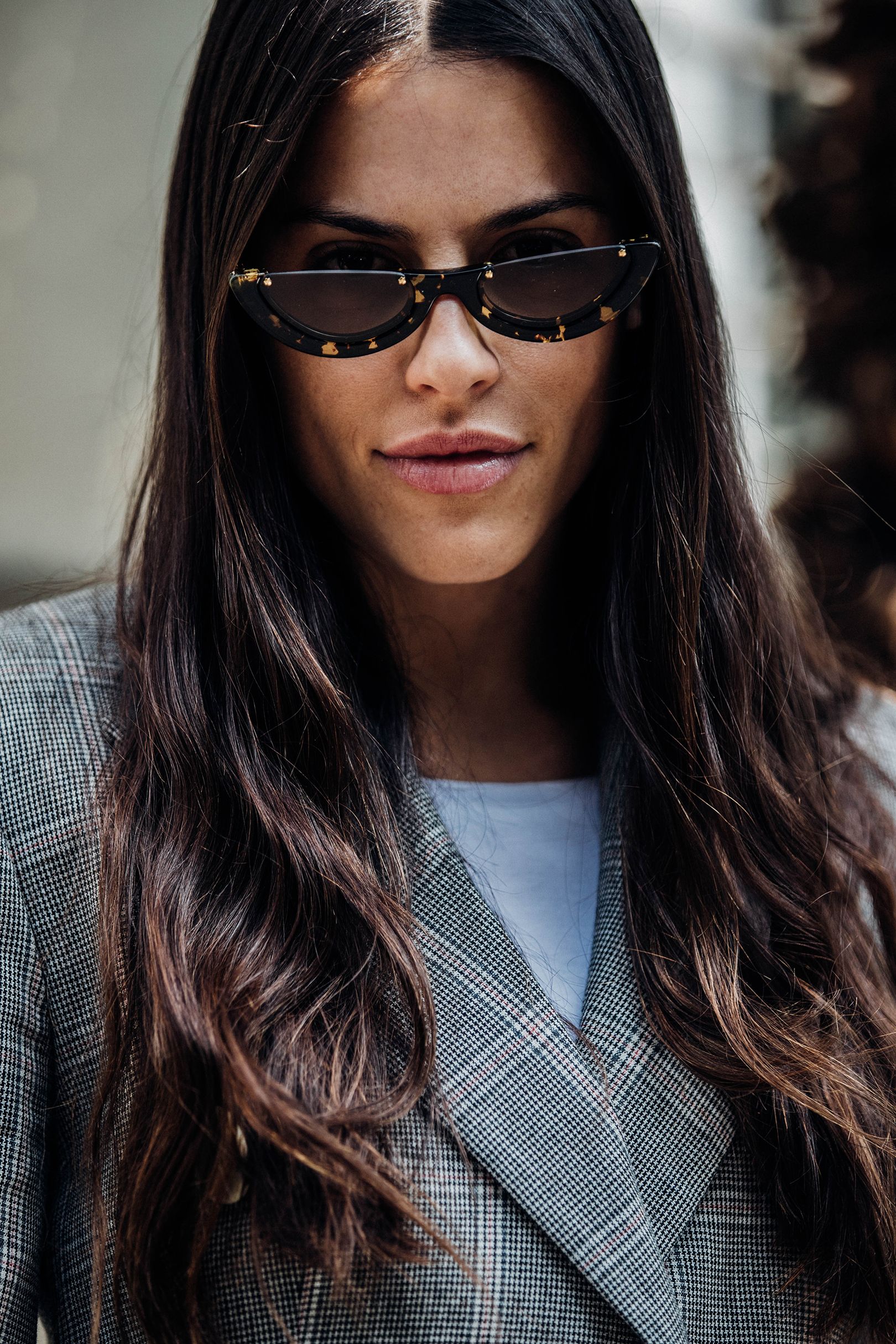 And finally, we have the teeny, tiny sunglasses that Rihanna and the Hadids made happen.

I am obviously displeased by how terribly chic these sunglasses look, because as I vastly prefer massive sunglasses that hide your entire face, I am not going to wear them. (These medium-sized cateye Stella & Dot sunglasses are my current obsession, and they feel like a solid compromise.)