I Have Been Blessed By The Etsy Gods 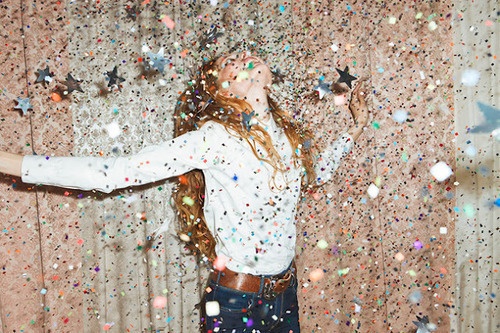 When I bought our new couches, my primary concern (besides the fact that they’re…you know…white) was the fact that they’re also small. They’re muuuuuch better-proportioned for our living room, but still: they really just amount to a loveseat and an armchair. It turns out that they’re actually super comfortable and totally work for us – those wide arms make them feel much bigger than they are – but prior to discovering this I made the executive decision that our living room needed an enormous, smooshy addition to soften the blow of losing our enormous, smooshy Couch Boat.

It was then that I remembered The Beanbag. The Restoration Hardware beanbag, to be exact. I’d seen someone post about it – or maybe a pop-up ad? I can’t remember – and ever since then it had been flitting around on the edges of my mind as a completely ludicrous obsession. You would be correct in thinking that only a crazy person would spend a thousand dollars (yes, you read that right: we’re talking about Restoration Hardware here, remember) on a beanbag. But LOOK AT IT. 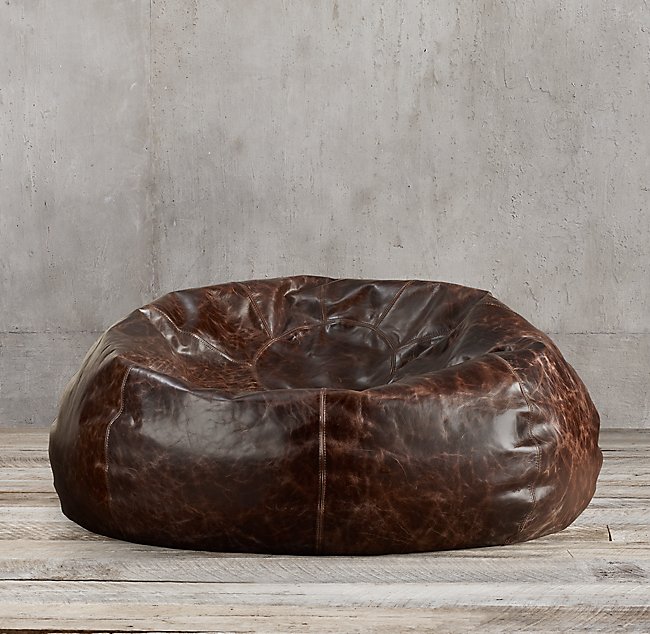 Anyway, I didn’t buy it, because I don’t have a thousand dollars laying around to spend on things like leather beanbags. But I’m not going to lie: I really wanted to. Who doesn’t want a leather beanbag?!

I was all “hmmmmmm I wonder if anyone on Etsy makes leather beanbags…? So I started hunting around, and the answer is “not really” (although there are a lot of leather poufs). 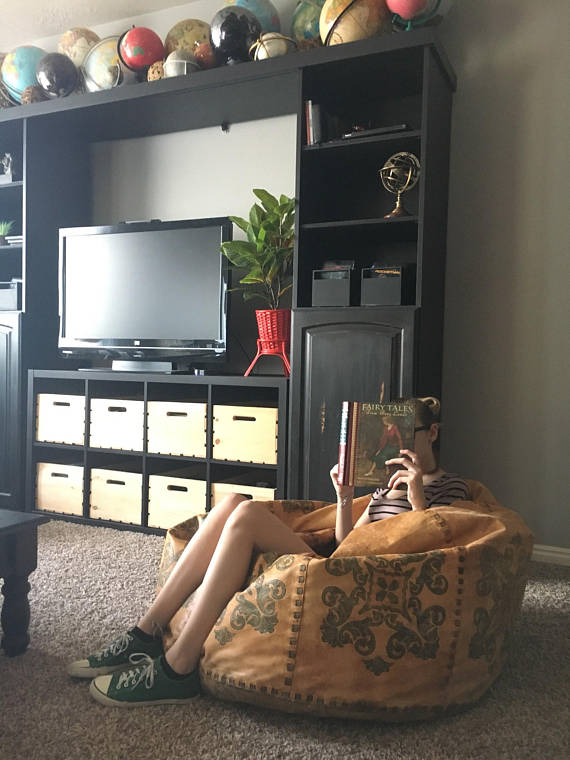 There was, however, one. Just one, from an Etsy shop called “Mox & Molly” (tagline: “Vintage Decor + Fashion + Mayhem”). And it wasn’t just any beanbag…it was a completely one-of-a-kind, 3-foot-wide beanbag from the 1970s made out of hand-tooled leather, with intricate stitching and blue-dyed patterns.

That one? That one I bought. 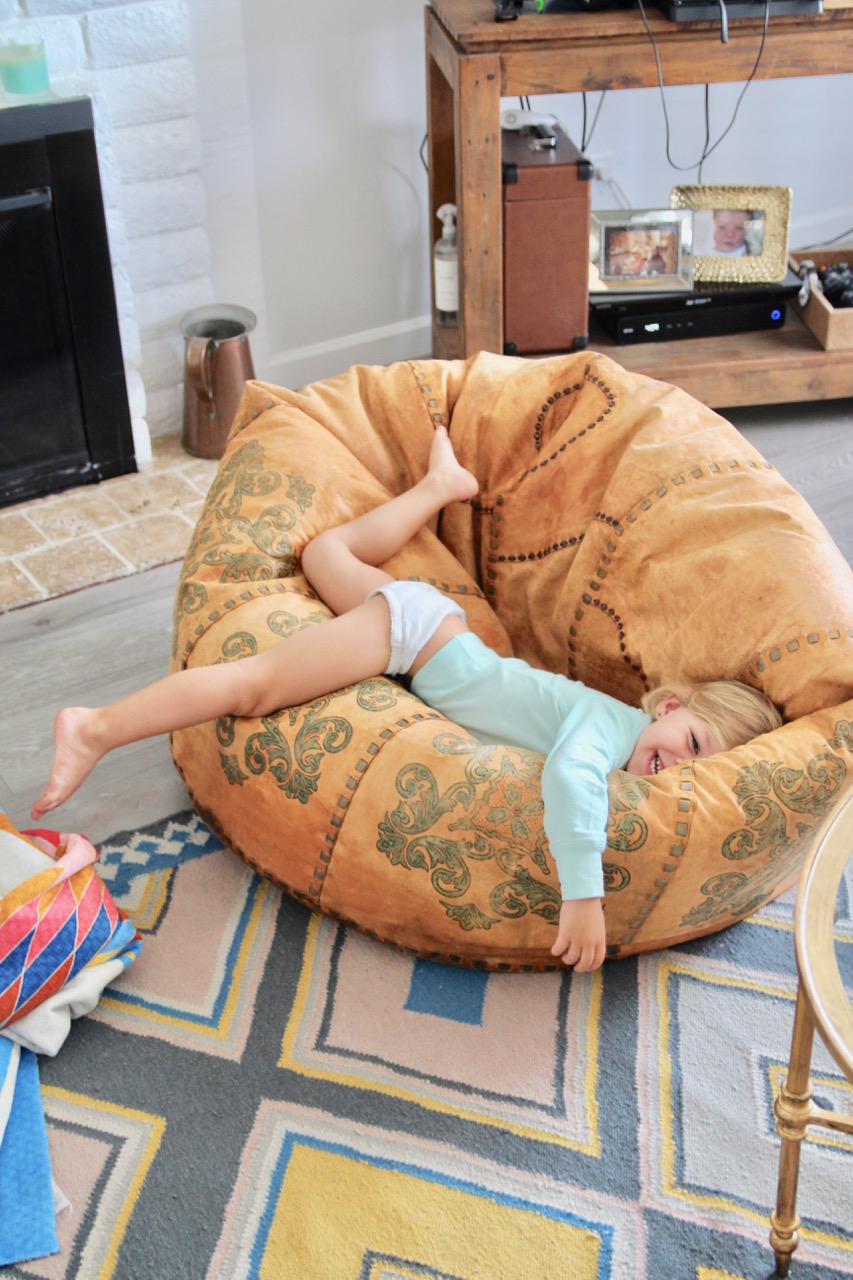 So now I own an 3-foot-wide leather beanbag from the 1970s. Which is pretty obviously the best thing ever. 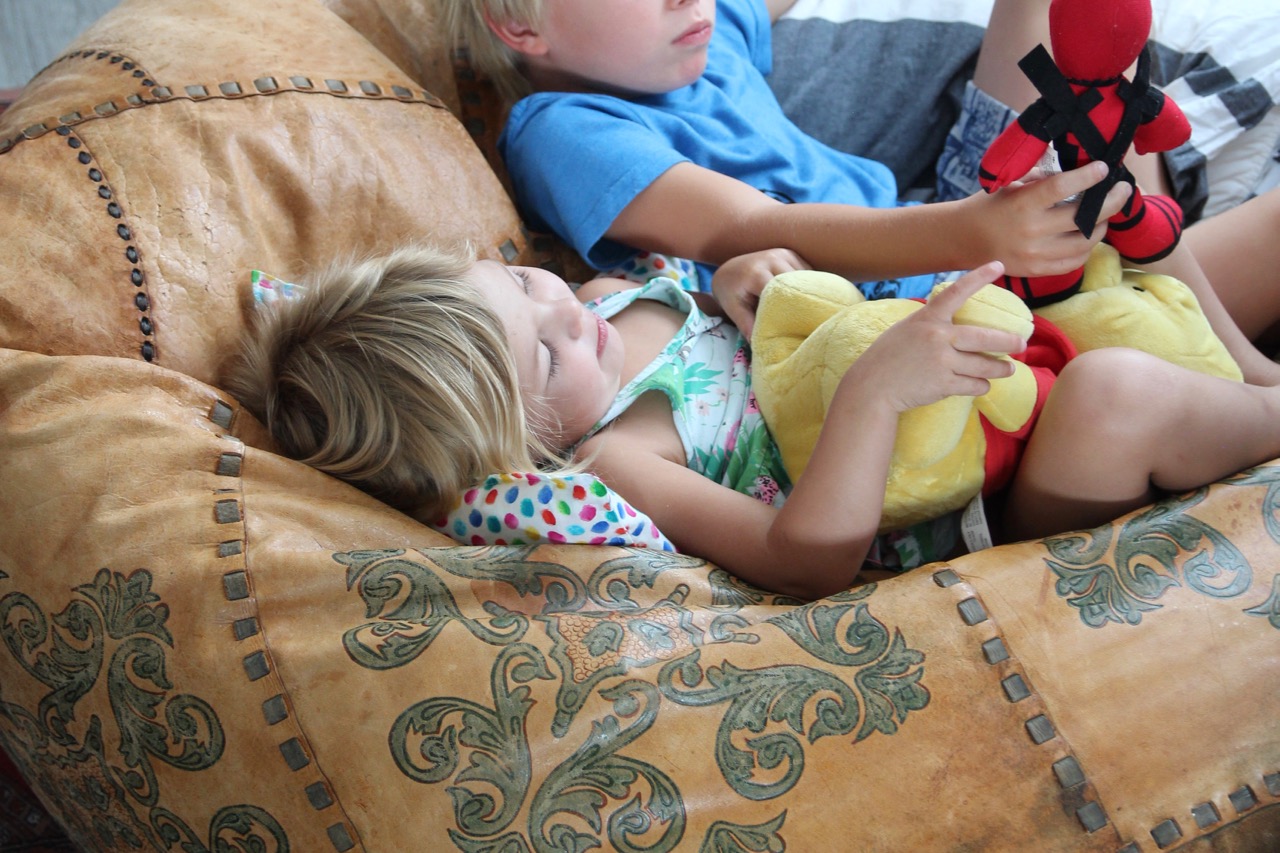 (Our kids seem to think so, in any case.)

P.S. You should probably check out the shop’s other stuff; there are no more beanbags, alas, but they have some seriously cool non-beanbag finds. I personally covet this brass cup and this trivet – and I didn’t know that it was possible to covet a trivet, so that’s saying something.