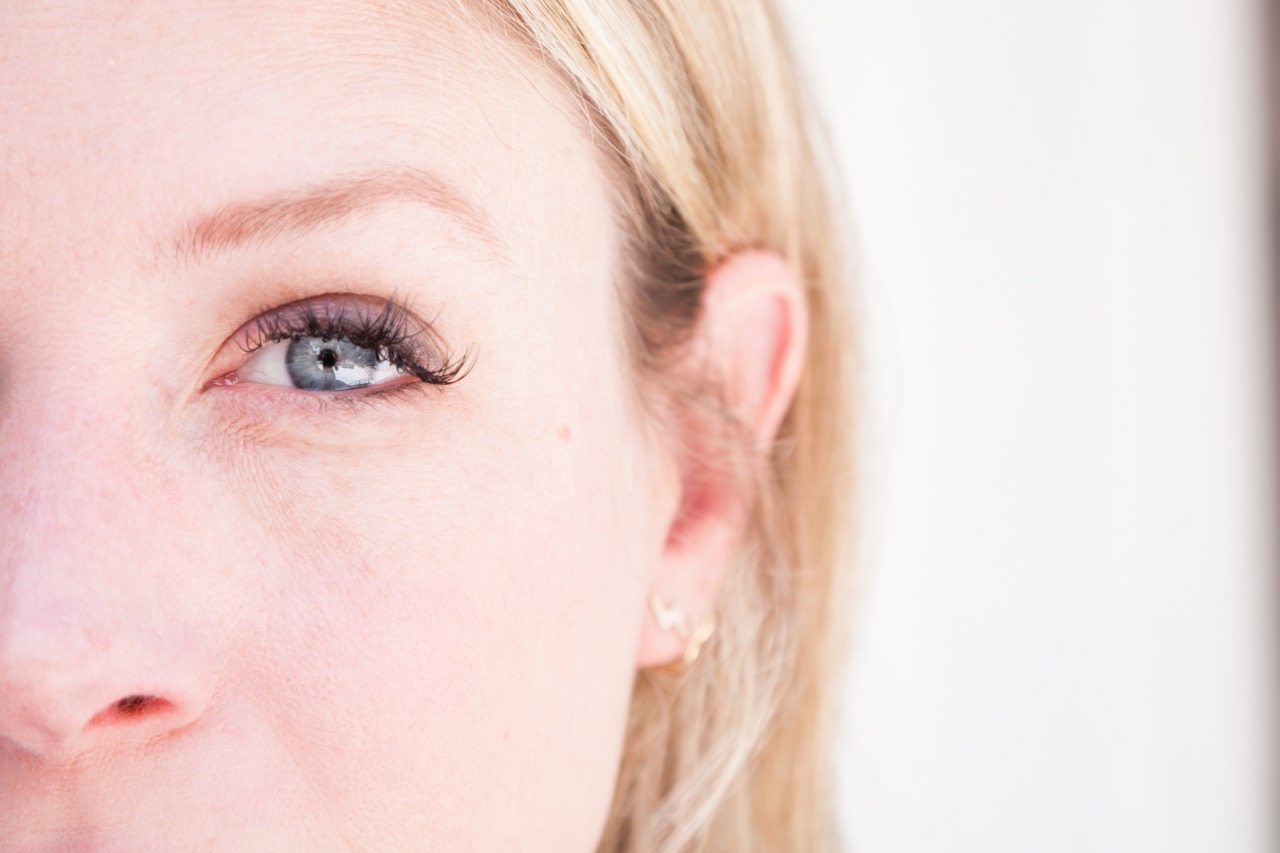 So here’s something no one likes to talk about: hair loss in women.

I know it’s pretty common – everyone’s hair follicles shrink as they age, making your hair thinner, and my family has a history of hair loss, so there’s a hereditary component there. I also know it’s nothing to be embarrassed about (seriously, why?), but still. It feels embarrassing. Unfeminine, or something.

And I suspect that if I feel that way, there are plenty of you who are experiencing something similar and feel that way too, and I’ve found few things whisk away embarrassment more readily than just talking about whatever the issue may be. Because when you talk about a problem, you can get ahead of it.

Over the past few years – starting around the same time I started this website, actually – I’ve noticed my hair becoming thinner. There were bouts of lush gorgeousness – thank you, pregnancies one and two – but increasingly, I’m noticing that my hair just isn’t the same as it used to be, and every so often I see a photo taken from an angle that makes my jaw drop.

Ohhhhh fine, I’ll show you one. 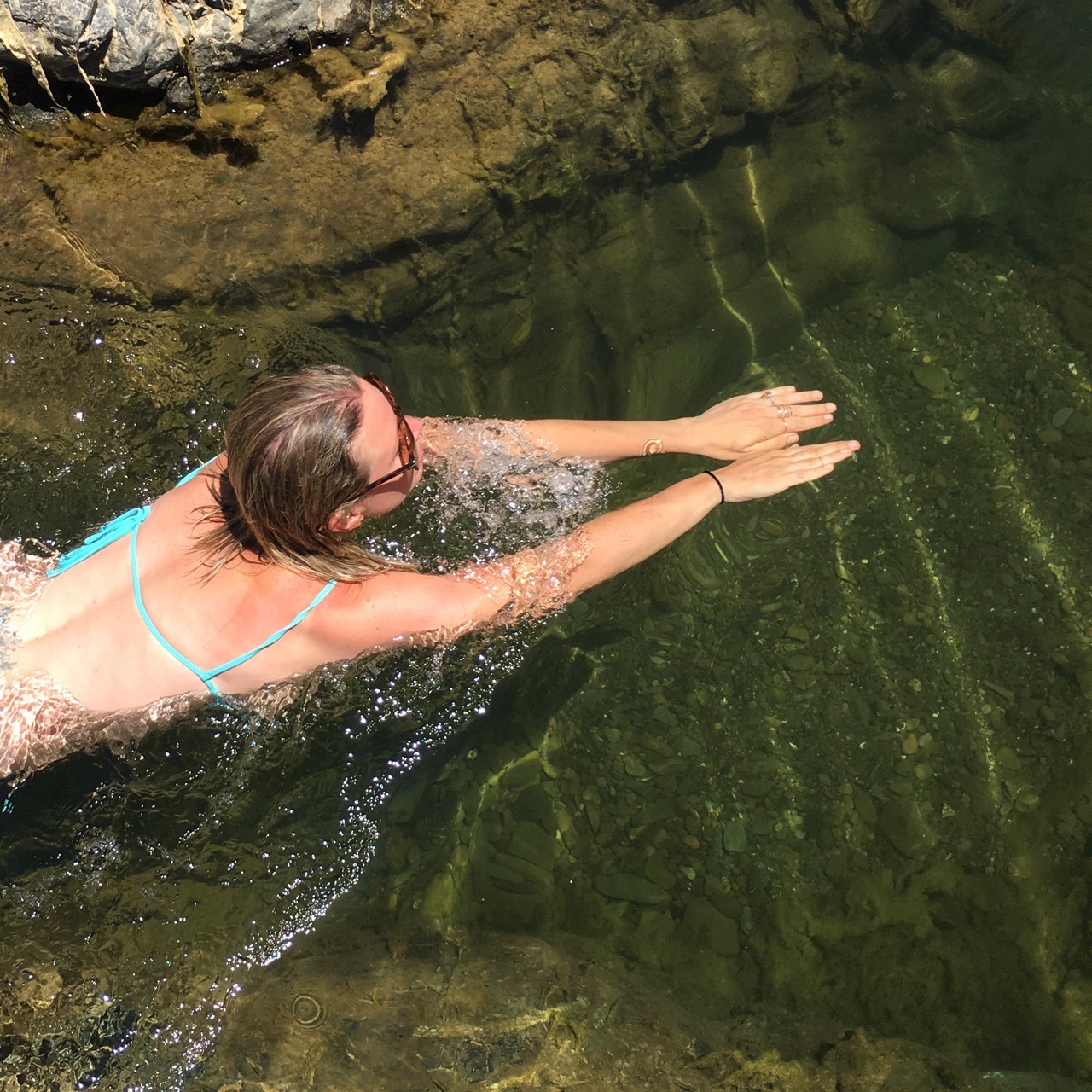 Thank you for the stunning shot, Kendrick.

It is officially time to deal with this – as I learned from a handy little tool called “Google” – research has shown that you don’t have to wait until hair thinning becomes dramatic in order to start treating it with minoxidil: if you start at the first signs of thinning, you can gt ahead of the problem and both restore and sustain optimal hair density. If you wait too long and hair loss becomes too substantial, it’s harder to get the benefits you want just from topical treatments.

And so, ladies (and the occasional gentleman), here it is:

I am using Rogaine. (Specifically Women’s Rogaine 5% Minoxidil Foam, which is the first 5% minoxidil treatment approved by the FDA to treat hereditary hair loss in women.)

How you use it (because I had no idea before starting this process): You fill half a cap with foam, then gently massage it directly into your scalp before bed – the hair growth process slows down at night, so applying it before you go to sleep helps keep follicles active. (As an aside, I expected it to act sort of like a styling product and make my hair feel goopy, but it’s completely weightless – I’ve forgotten to put it on at night a few times and have just applied it in the morning, and it’s no problem.)

It apparently takes approximately three months for visible regrowth to start – I’ve been using it for about a month and a half so far – and I have to say: I’m honestly psyched about this. Especially because I love the idea of sharing this particular oddity of the aging process (and hopefully how I end up combatting it) with you guys.

Since I’m working with Rogaine in the coming months, I’m also going to have access to dermatologists and stylists who can provide all sorts of tips to help with hereditary hair loss, so if you have any questions, shoot me an email (or comment here) and I’ll incorporate them into an upcoming post. 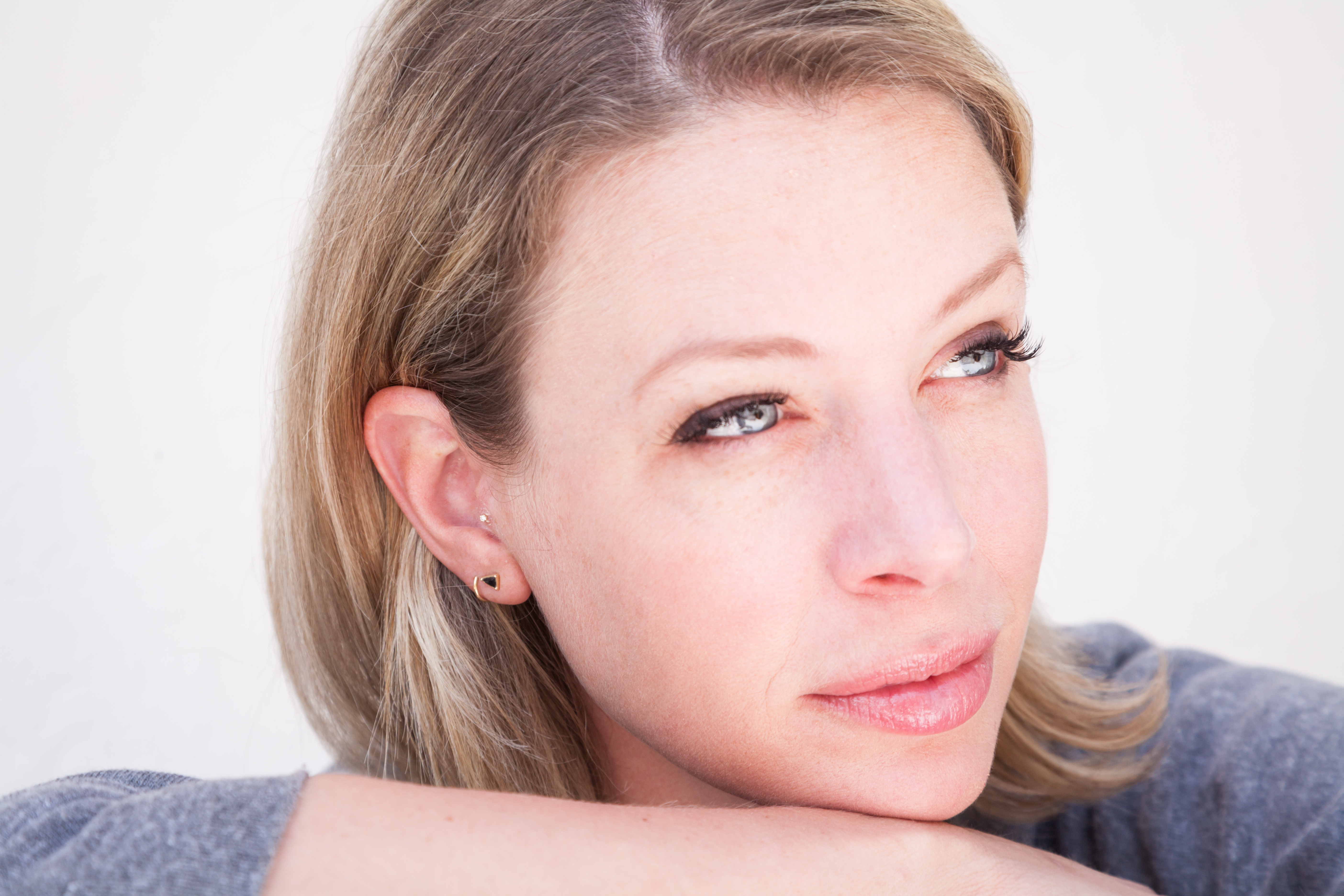 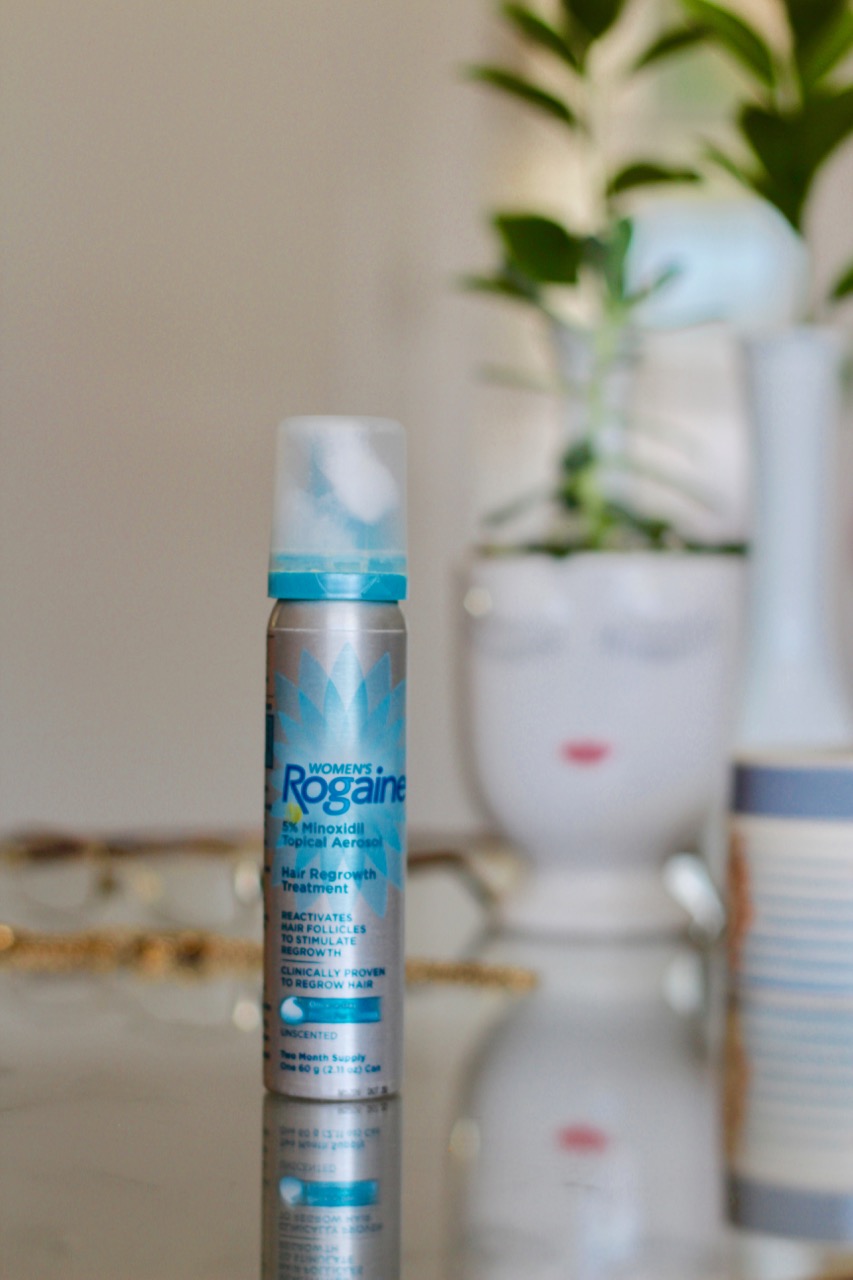 This post was created in collaboration with Rogaine. Photography by Sue Hudelson.