I Tried A Probiotic Cleanse, And Here’s What Happened 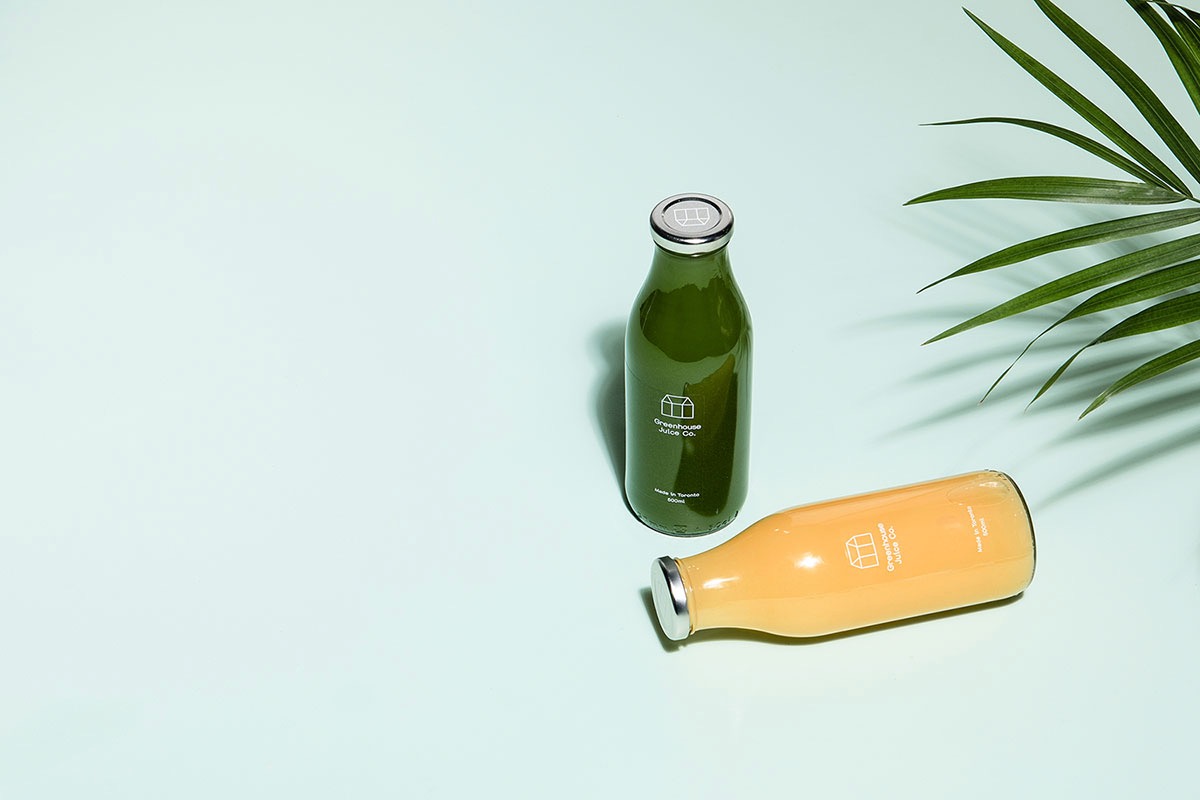 This image is pretty, but it’s not the cleanse I did.

The cleanse I did was this one.

Cleanses and I do not have a very positive history. I’ve you’re a long-time reader, you may recall the Great F-You BluePrint Cleanse post, in which I cleansed for about a day before giving up and eating pizza, and arrived at the conclusion (parts – but not all – of which I still stand by) that expensive, beautifully packaged cleanses prey upon young, upper-class women who already may have tendencies towards restrictive eating, if not full-blown eating disorders. Something about the rules; the precision of it all – I don’t know if this happens to everyone, but while I was on the cleanse I could almost feel it poking at the ghost of my many-years-gone anorexia: “Hey, doesn’t this not-eating feel kind of awesomely powerful?! LET’S DO IT AGAIN.”

One more cleanse story that dates back precisely to those years when I decided that food consumption wasn’t a thing I wanted to do much of: Right smack in the middle of when I was sickest, the Master Cleanse – you know, the so-called “Lemonade Diet” that apparently does all kinds of crazy things to your intestines? – became The Thing To Do in LA. Friend after friend tried it and sung its praises; you couldn’t walk down the aisles at Whole Foods without spotting people stocking up on cayenne pepper and enormous bags of citrus fruit. I had one friend who did it for forty days (which is completely nuts) and had glittery, crazy eyes, but swore he’d never felt more alive, ever.

So I tried it: drinking a concoction of water, maple syrup, cayenne pepper, and fresh lemon juice several times a day, and ingesting virtually nothing else save for plain water – and as disgusting as the “diet” was (oh my god, so disgusting), I loved it. I watched my already far-too-low weight drop down further, and I suppose I felt hungry – I mean, I must have, right? – but mostly I felt untouchable. I didn’t need anything. Not a job, not friends, not someone who loved me. I didn’t even need a cupcake.

And then, on day four, I met up with a girl from my acting class at a Starbucks in The Grove, a fancy outdoor mall full of tourists and beautiful shoppers. I ordered a hot water with lemon – no coffee allowed on the Master Cleanse! – and we sat there at a little bar table talking. Or rather I talked; my friend just looked at me.

“Jordan,” she finally said, “You’re not making any sense.”

It turns out that starving bodies, when pushed to a certain point, don’t work very well anymore. Four days on the Master Cleanse – unsurprisingly – left me almost too weak to get through my day…and they also left me hallucinating, babbling nonsense in between sips of scalding-hot water. (Somewhat surprisingly, my girlfriend’s words managed to make their way through my self-destructive impulses, and I stopped later on that day. The cleanse, I mean, not the anorexia; the latter took a couple more years.)

So it’s safe to say that I approach the idea of juice cleanses with a strong degree of wariness. I’ll buy a silly-expensive bottle of something or other at Trader Joe’s once in awhile, when I’m feeling like I need a vitamin boost, but the idea of drinking nothing but bottle after bottle of juice – even just for a single day – is pretty unthinkable, largely because I’m hungry these days and care much more about not being hungry than I care about looking like Lindsay Lohan circa 2005 (you know, juuuuust before she went completely off the rails, when she was slinking down red carpets in gorgeous silk dresses and extremely tan, but not yet actually orange? That Lindsay Lohan was pretty much my ultimate back in the day, which should tell you a good amount about my priorities).

But mostly I don’t want to cleanse because I need my coffee.

I was thinking about that, though, and I realized: I don’t just “need” my coffee; I require it. I haven’t gone a single day without coffee in…I don’t know, years? When we were camping, we forgot to bring coffee, and I was a hideous, vicious creature until Kendrick took a trip to the local bodega and returned with some caffeine. My feeling has always been that as addictions go, coffee ain’t that bad, but still.

Because it’s not just coffee. Not a day goes by that I don’t put some – or probably many – toxins directly into my body. Wine, diet soda, processed cheese, McDonalds fries stolen from my kids’ Happy Meals, and so on and on and on. I’m not a generally unhealthy person – I don’t think so, anyway – and I’m okay with trading a year of my life for many, many years of Kraft Mac ‘n’ Cheese (kidding, kidding…sort of), but all of a sudden I just felt like I wanted a day off from all that junk.

And so when I passed a little stand in the Farmer’s Market last weekend selling Drink La Vie’s probiotic cleanse made almost exclusively from local ingredients, I stopped, tried some juices, found that they were way more up my alley than juices usually are, and bought a one-day cleanse for $53. 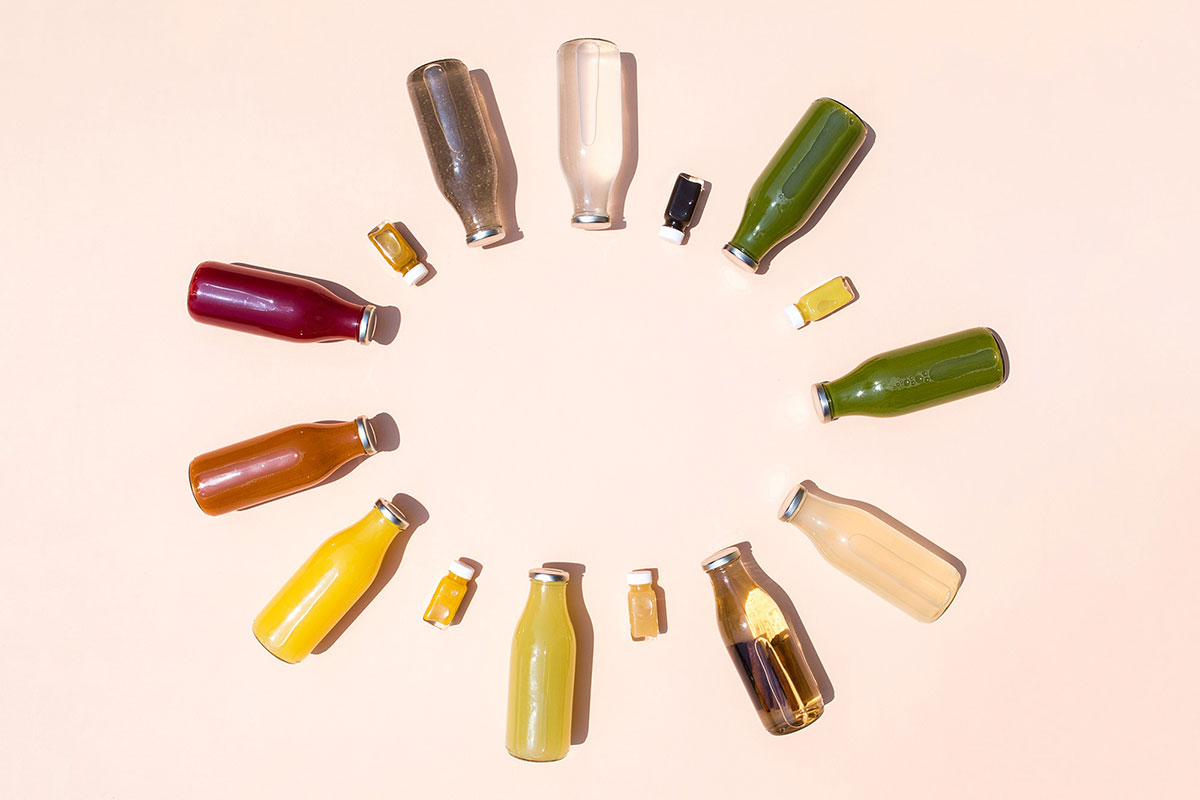 Ok, so a day is a really silly amount of time to claim to have “seen results” in, but for what it’s worth, here’s my experience.

This cleanse felt more doable for me than the other ones I’ve tried – whether as full cleanses or just by trying one or two of the juices from a line – mostly because I thought (most of) the juices were delicious. Like, I am actually craving them today. This is weird for me.

And the beginner cleanse (the one I did) has nearly 1400 calories, so it seems like a solid pick to do a bit of a detox – and get a serious infusion of probiotics – without venturing into rapid weight-loss territory. I don’t know that I’d be up for a three-day cleanse with this, just because…I don’t know, that sounds miserable – but I can absolutely see myself doing a one-day cleanse every couple of weeks or so, just to give my body the break that it pretty clearly needs.

P.S. If you’re wondering how I feel today? GREAT. (Especially because I’m already on cup of coffee #3. Like I said: baby steps.)