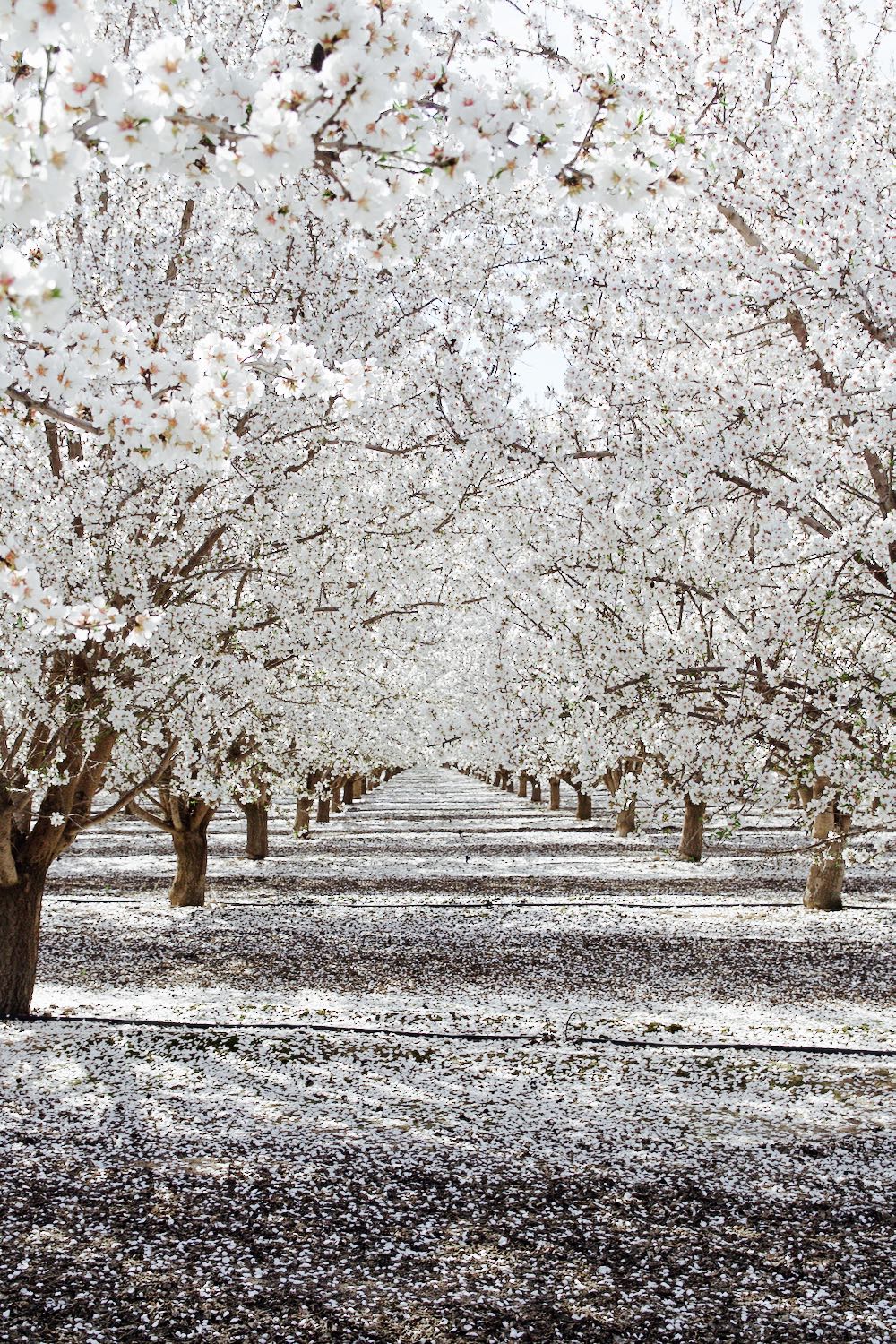 Just off of Highway 5, somewhere around Coalinga

OK, so this might be a reference that will only work for those of you who are parents or who are especially into animated films…but you know how in Inside Out the brain is filled with billions of little glowing orbs representing memories, and only a very few of those – maybe six or seven – are so-called “core memories”? Meaning the kinds of memories that make up not just a person’s history, but their very self?

When you get older sometimes you start thinking all those core memories already happened.

I remember: six years old and being allowed to cross the road from our friends’ rural hotel to their house – where we were staying – all by myself for the very first time. I hadn’t brought a flashlight, so it was pitch black and my feet kept slipping on the gravel in the driveway. My heart was pounding because it was so terrifying and exciting to be out there in the dark with nothing visible except for the lights from the place I’d left and another, smaller set of lights marking where I was going. To keep myself from panicking, I looked up and thought how the stars looked different when you were all alone in the open air.

I’ve seen plenty of night skies in the years that have passed since that short walk – really just two hundred feet or so from one doorway to the other. But that night, for whatever reason, worked its way in.

I remember sitting in my car next to Francesca while passing cars sent waves of gutter water arcing through our open windows, KT Tunstall on the radio, laughing so hard we couldn’t breathe. I remember driving through Maine with my mom on a summer day, eating blueberries straight from their basket and spilling them all over the front seat. I remember petting the little white spot on my very first cat’s back with one finger, over and over, and thinking how if he ever got lost that spot would be how I knew he was mine.

It’s such a surprise, every time you stumble onto one of those moments that become part of your blood. Because they’re never the moments you expect; you never see them coming.

I was supposed to go to LA for a quick work trip on Monday that ended up getting canceled, but I’d already sort of planned to be out of town for a couple of days – made childcare arrangements and such – so when Francesca asked me if I’d like to tag along on a short trip to the desert she’d planned with her girlfriend Brie, I had a momentary (or, okay, fairly intense) flash of guilt – because I should be…I don’t know, doing anything other than going off on my own to do a thing that I want to do just because I want to do it. …Right?

It was because I had that thought – that guilt – that I said yes. Because I want to hike, and I want to breathe desert air, and I want to sit in the silence with my computer and work on my book, and all of those things are okay things to want, and then to do. They may not be “important,” but they are important to me.

I made up this story in my head that this was a “working weekend,” a writing retreat, pure business, pure function – but come on. I spent three hours yesterday laying in the sun with my face planted in a People. I ate tri-tip sitting on a barstool and giggling with my girlfriends. I am writing while I’m here, of course. I am doing stretches in the sunrise – my own not-so-efficient version of yoga – and later on this afternoon we are going on a three-hour hike (obviously this is not my decision). But I’m here because I want to be, not because I have to be. It’s unfamiliar. And it’s exciting: the realization that you can get older; you can prioritize the lives of other people over your own; you can feel set in your ways and sure of who you are and what you want and what you mean in this world…and you can still be walking down the street and trip over something that changes you.

On Saturday morning, I got in my car all by myself and drove and drove, heading south towards Los Angeles to crash for a night before continuing on to Desert Hot Springs, a hot, quiet little town tucked in between Joshua Tree and Palm Springs – the town I’m in right now. Somewhere in the middle of Interstate 5, I passed a field of flowering trees – almond trees, apparently – unlike anything I’d seen before (outside of a dream, maybe, or a drawing in a book). So I pulled the car over to the side of the road, crawled through the barbed wire separating the trees from the highway, and wandered through the falling snow. 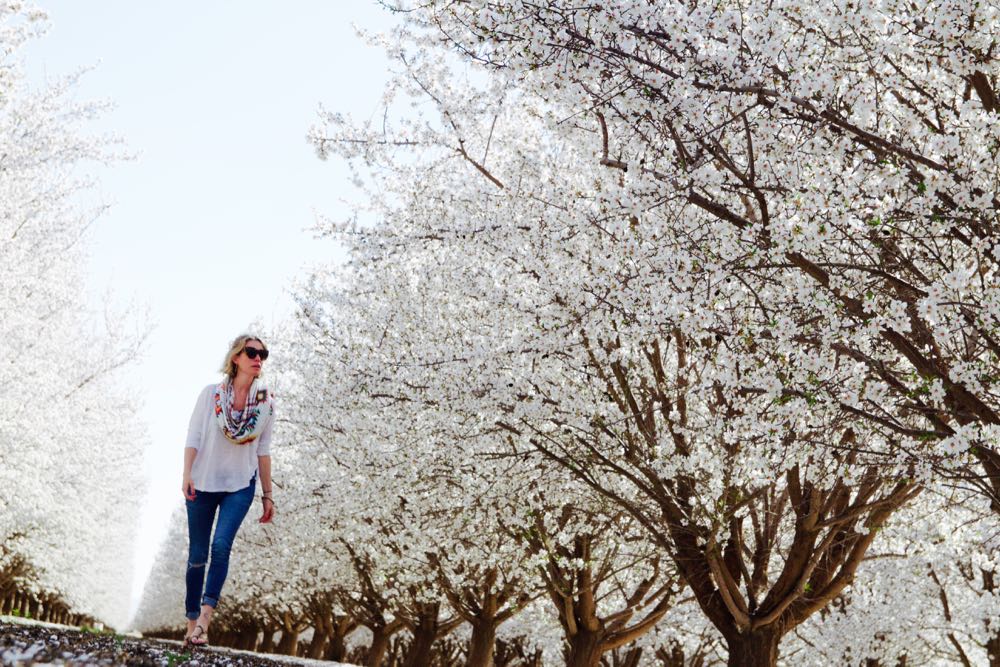 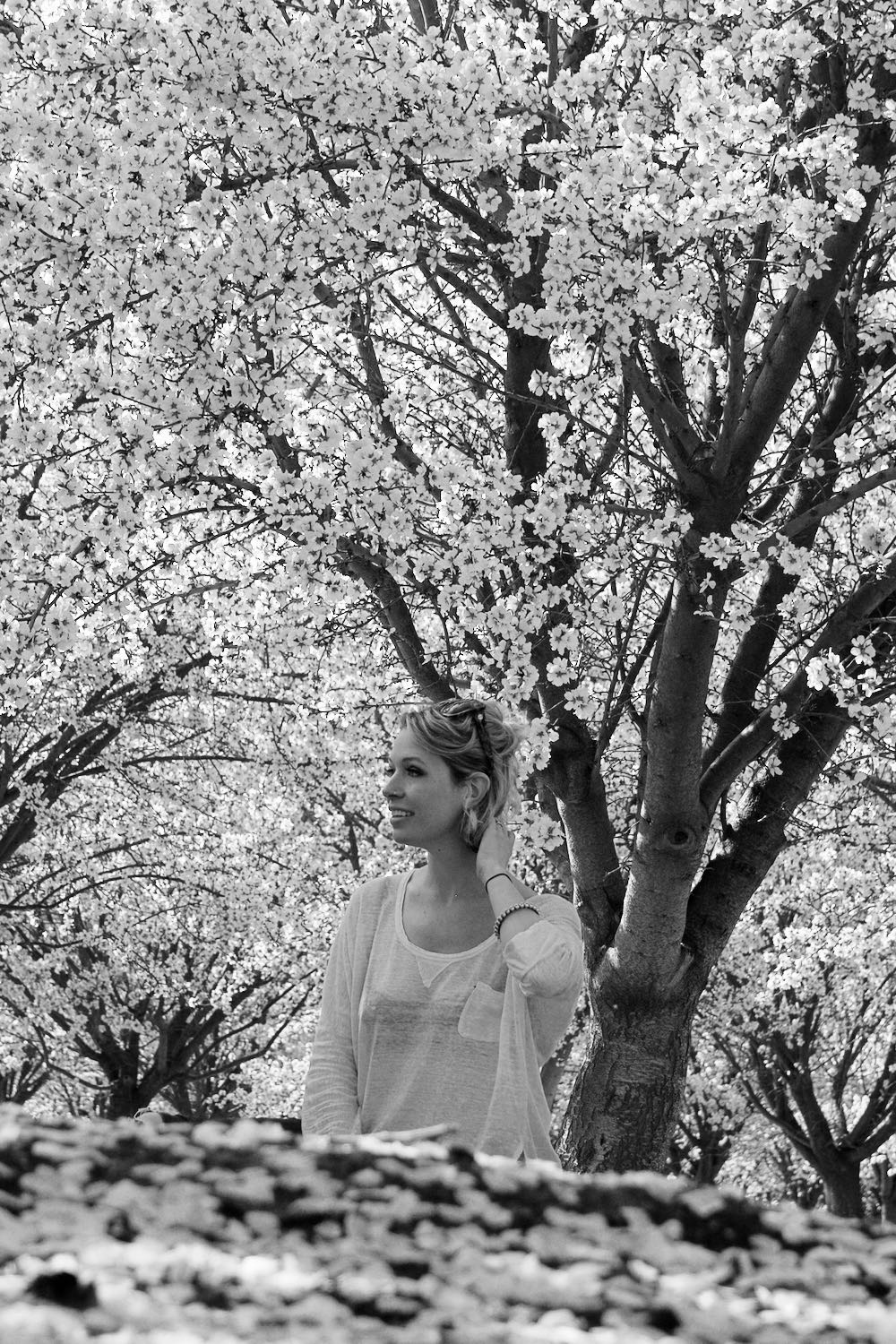 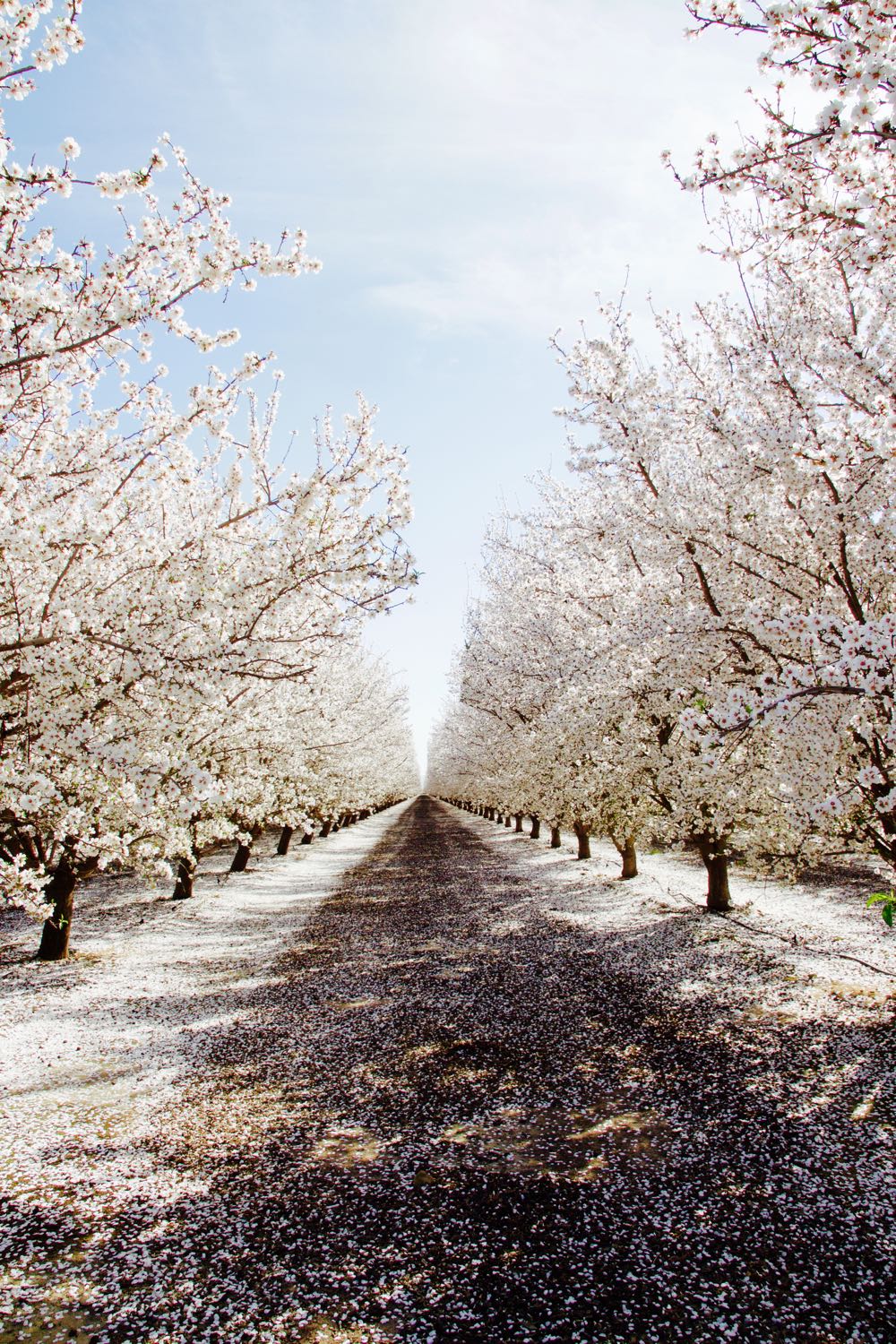 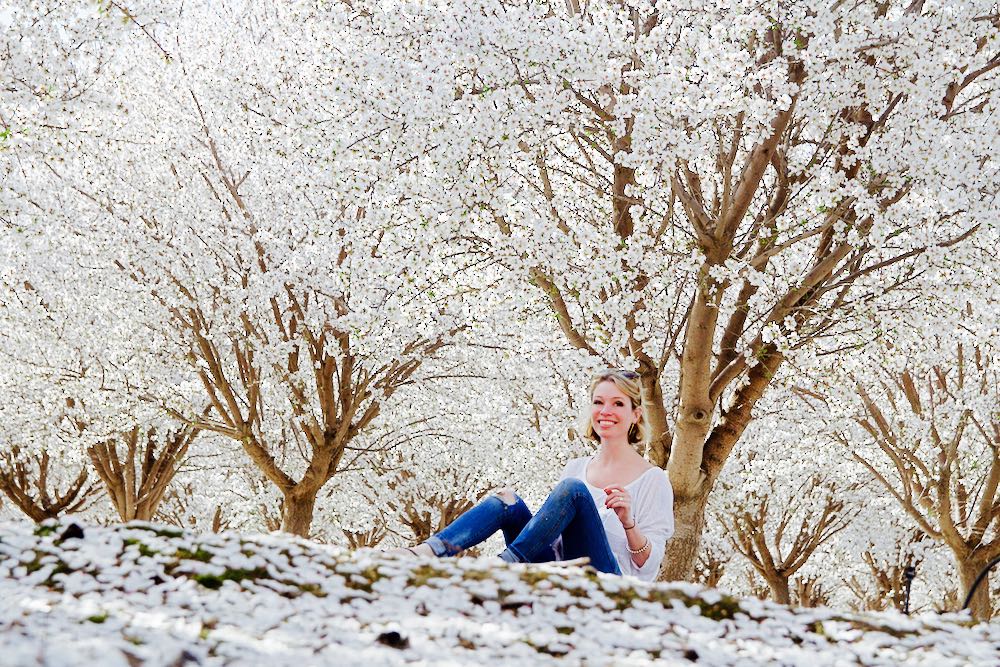