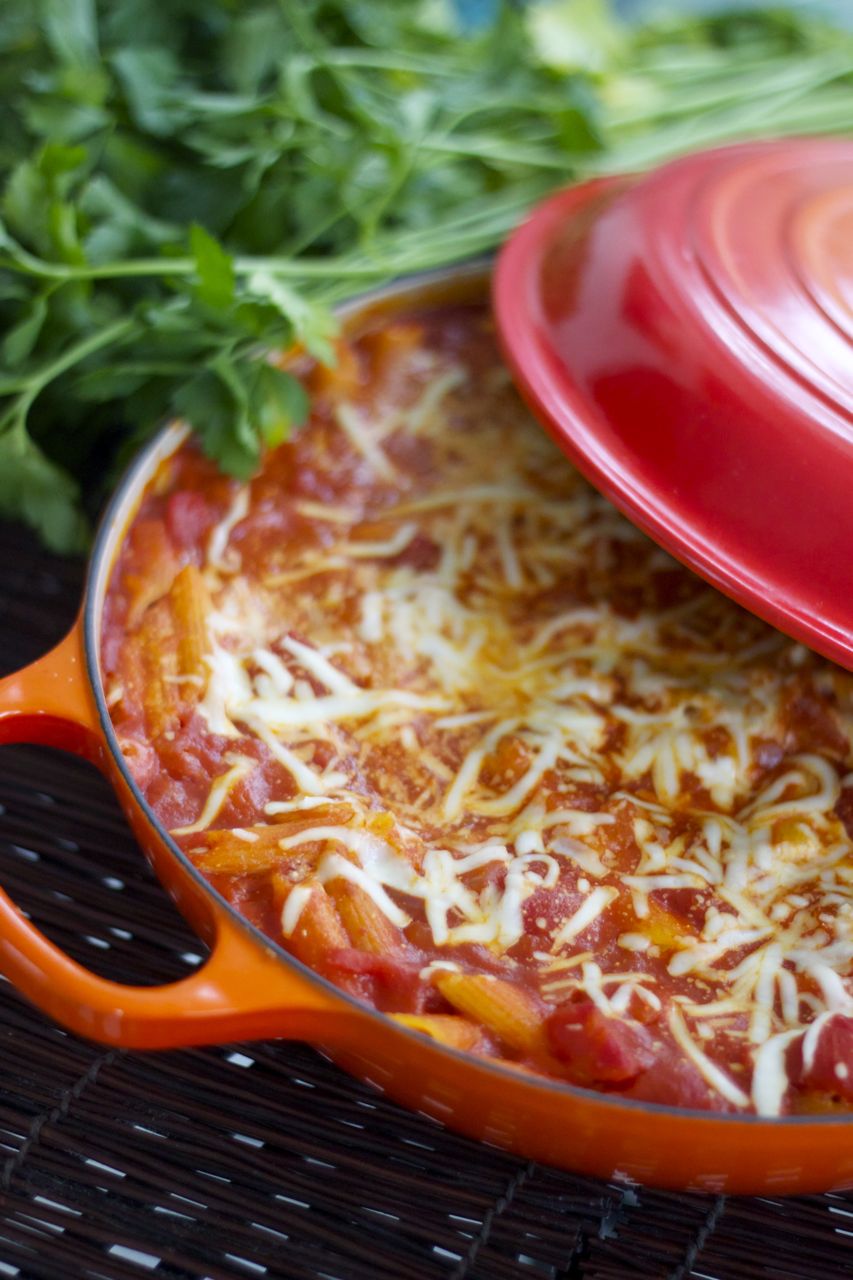 So my son does this very cute thing lately that is also slightly problematic.

And he eats at the speed of…well, a two-year-old. And I, unfortunately, have developed the habit of inhaling my food like a Dyson vacuum – no pausing for things like sitting down or chewing – because when you have a small child this is what you have to do if you ever want to eat.

So what this means is that I finish my dinner about a year before my son finishes his. But does he want me to stop eating?! He does not. Which means a second helping, which I then finish during the amount of time it takes him to maneuver a single bite into his mouth.

But, as it turns out, being directed to eat as much of this pasta as possible isn’t an especially bad thing.

It is SO GOOD. 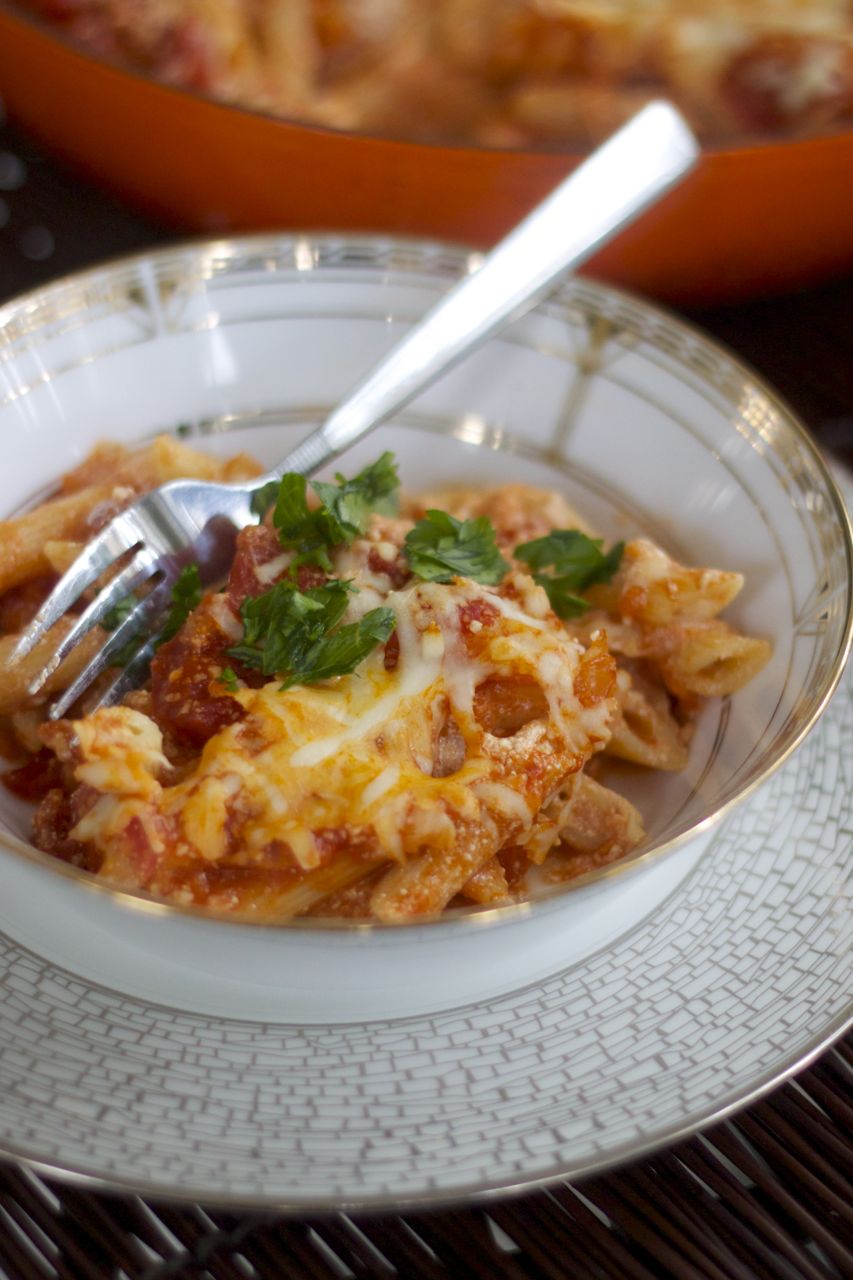 I’ll say it again: SO GOOD.

1 box penne (or pasta of choice) 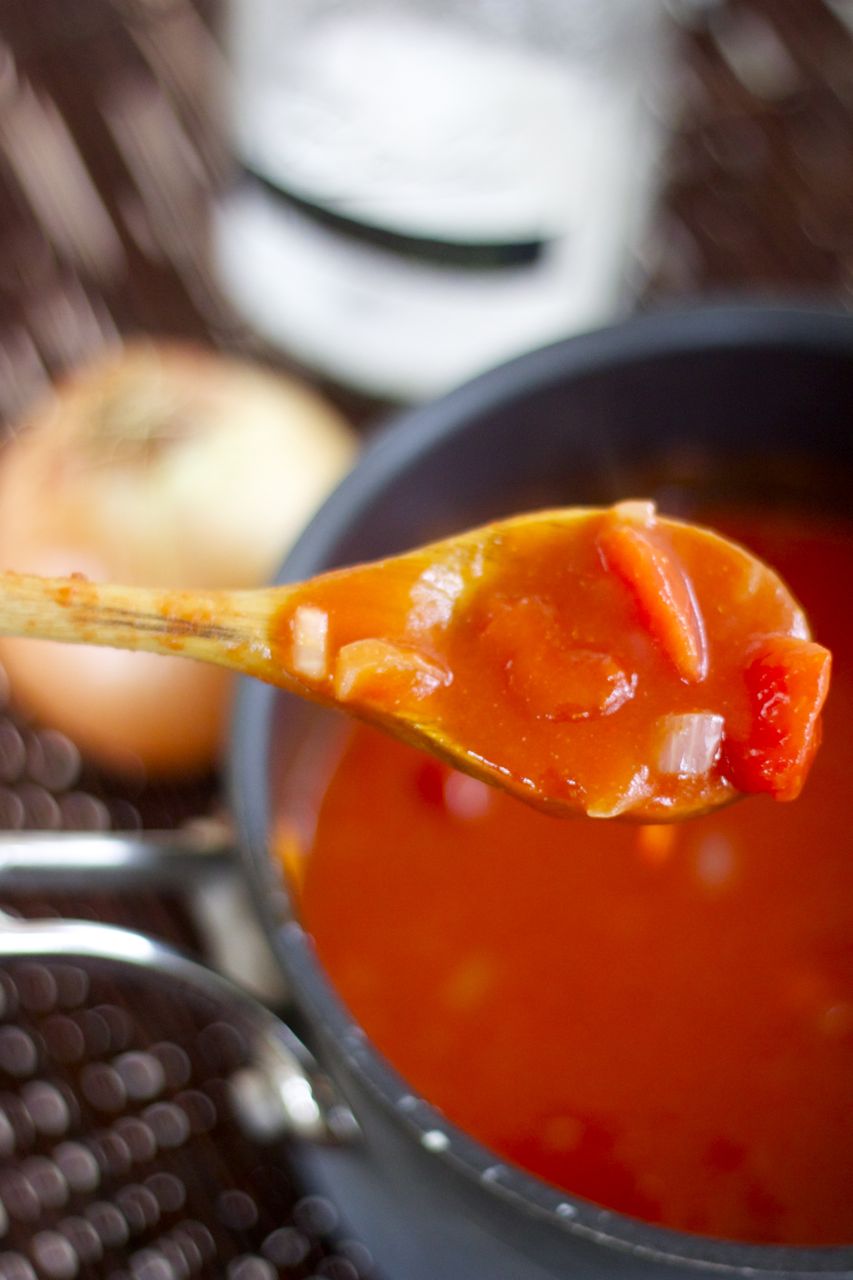 2. Now, make the sauce. I’m super-picky about the sauce that goes in my baked penne – I want it to be tomato-y, meatless (although you can certainly add ground meat to this if you want), and a little bit sweet. In a large saucepan, saute the onion and garlic for a few minutes until the onion is just translucent, then add the tomato sauce, diced tomatoes, sugar, and a little salt. Cook over med-high heat until it begins to bubble, then turn down the heat and simmer for about 15-20 minutes.

3. Your water should be boiling by now. Throw the pasta in. 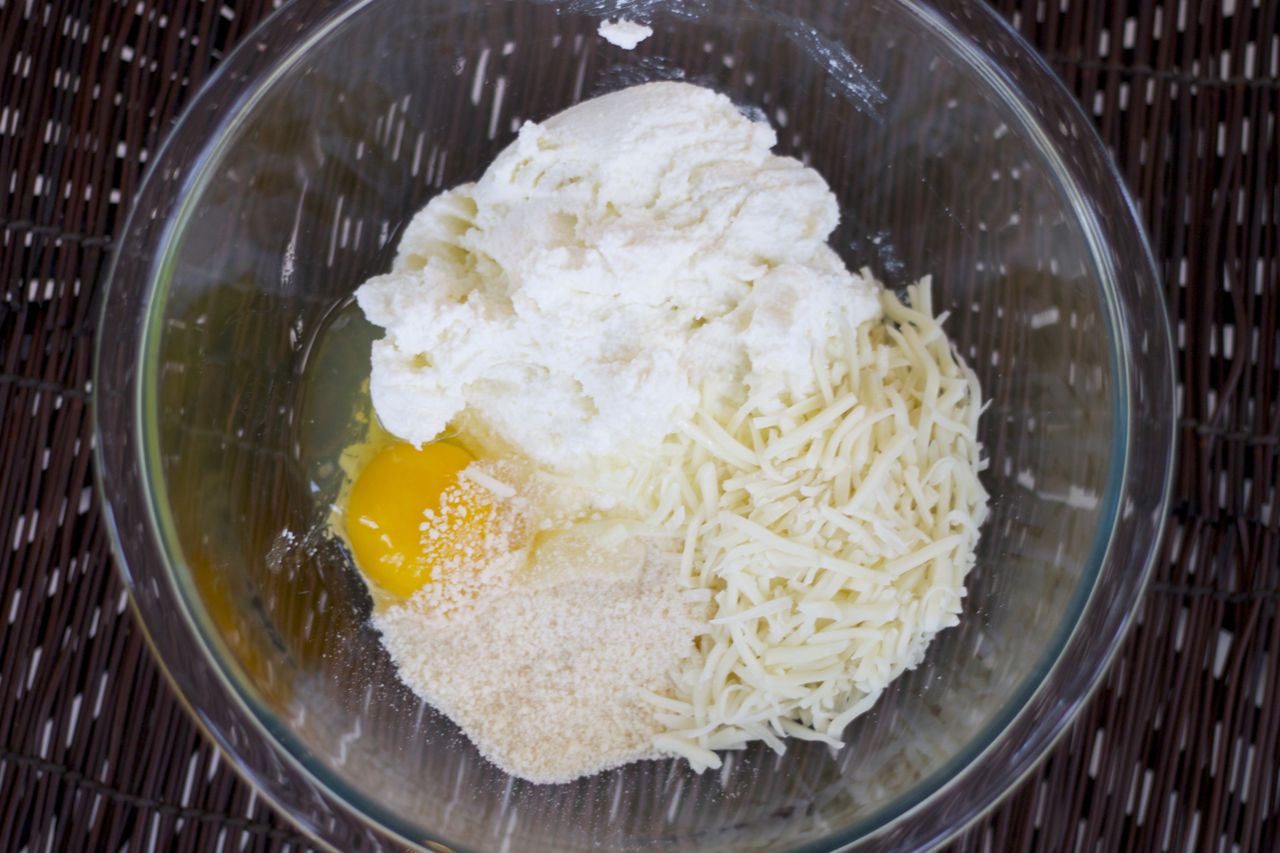 4. In a large bowl (you’re putting the pasta into this bowl in a few minutes as well, so pick the largest one you have), mix together the ricotta, half of the mozzarella (set the other half aside for later), and the parmigiana (leave about two tablespoons aside for later).

5. When the pasta is done, immediately strain it and rinse it under cool water to stop it from cooking (since you’re putting this whole thing in the oven in a few minutes, you don’t want it to get overcooked and mushy). 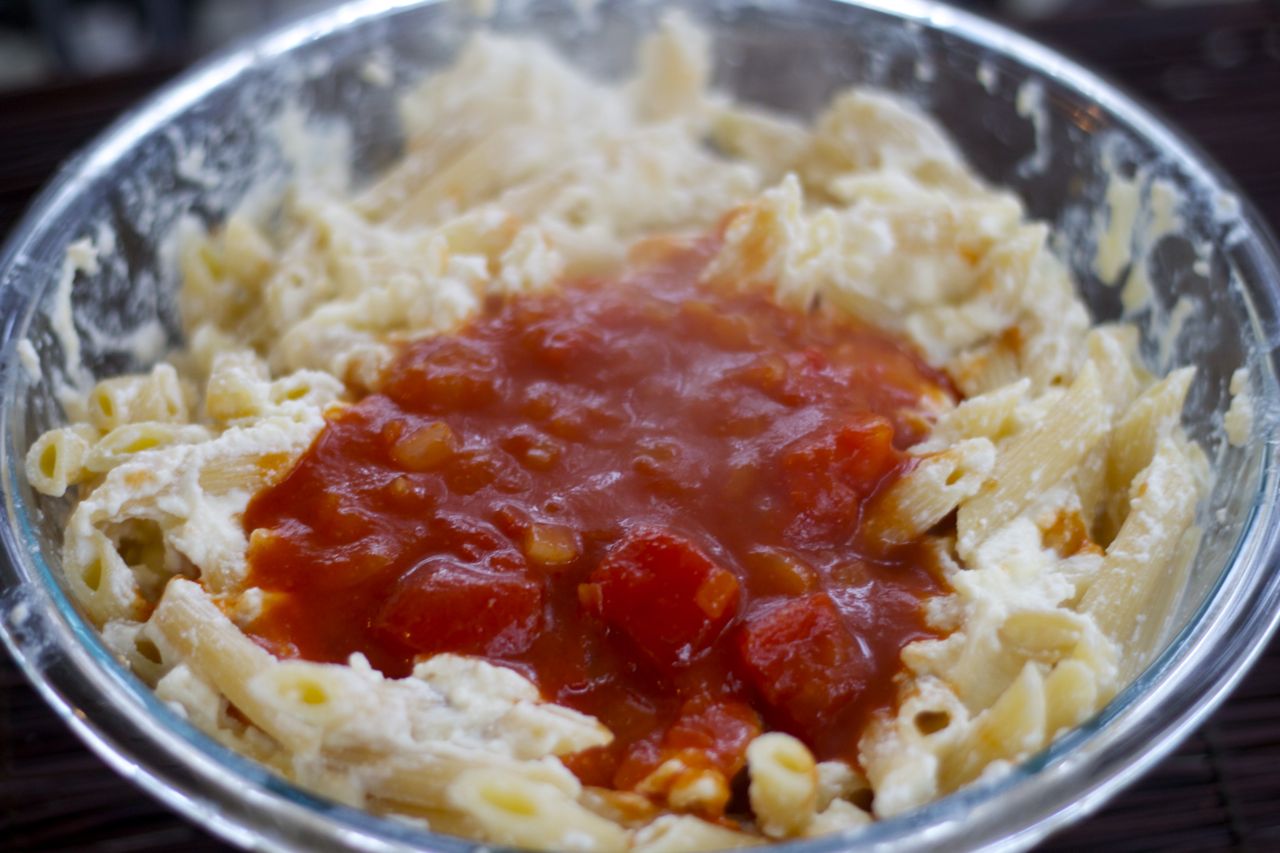 6. Add the pasta and half of your sauce to the bowl of cheese and egg. Mix together lightly. 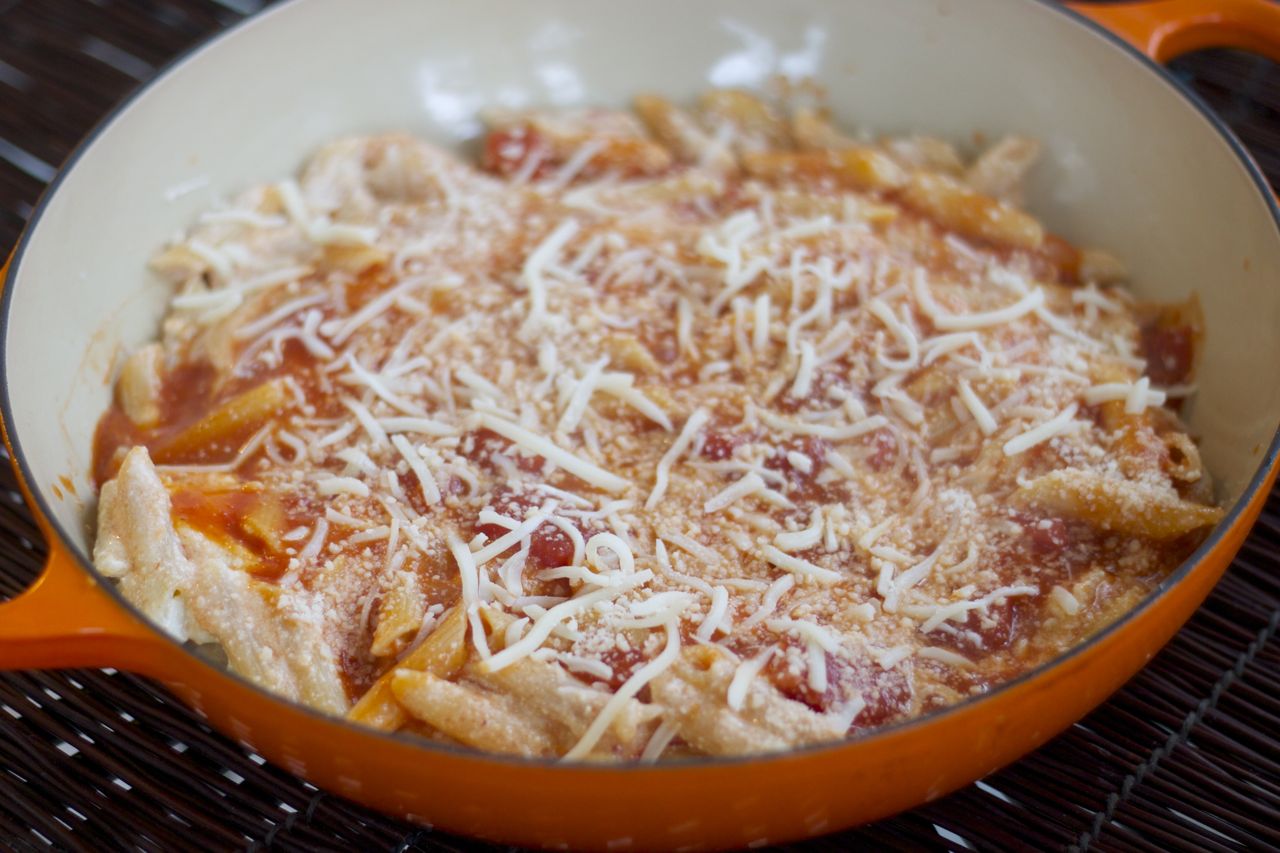 7. Now construct the dish (I got this layering idea from The Pioneer Woman, and it makes a big difference in the cheesiness factor…which is really the whole point of this dish): pour half the pasta into a large baking or casserole dish, then pour over a couple of ladles of sauce. Sprinkle over some of your reserved mozzarella and parmigiana. 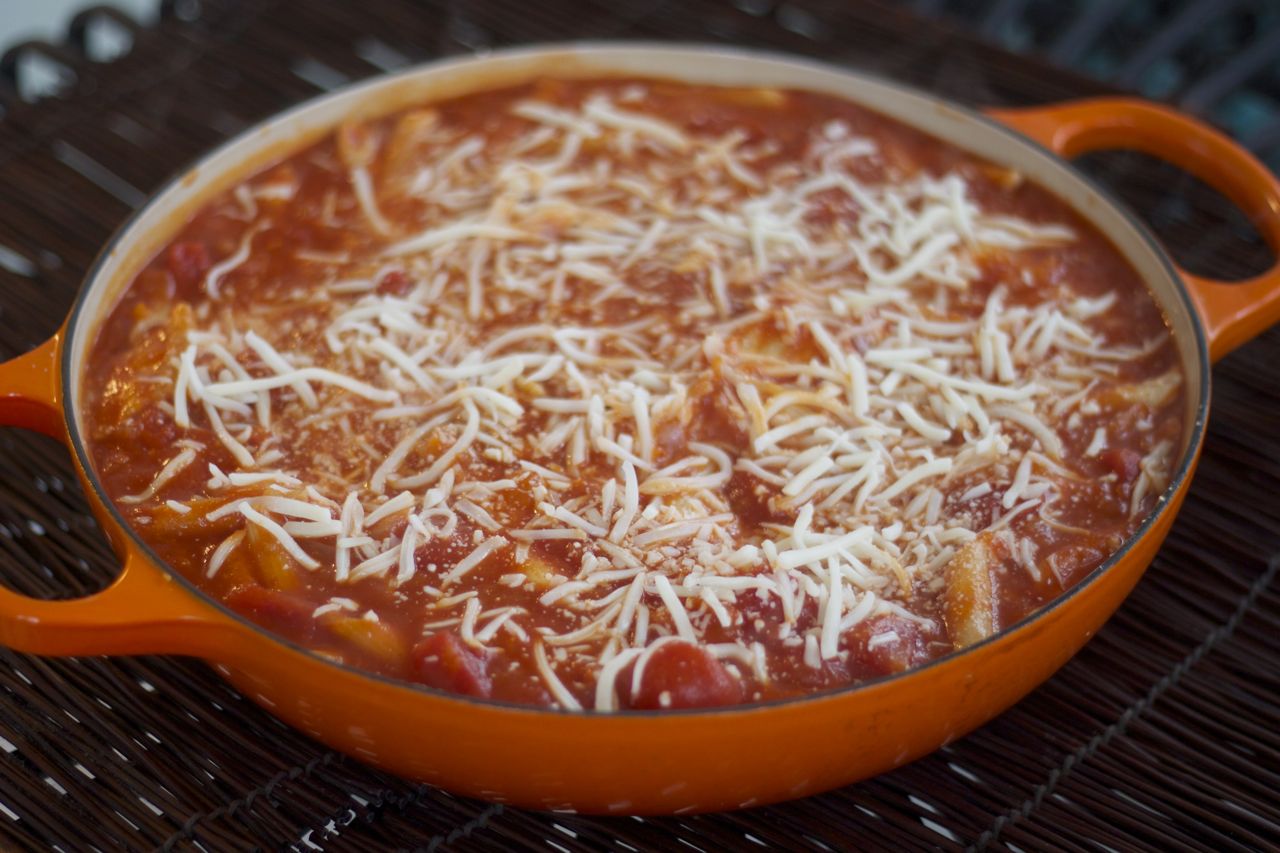 9. Place in the preheated oven and bake for about 20 minutes. Let sit for a few minutes before serving. 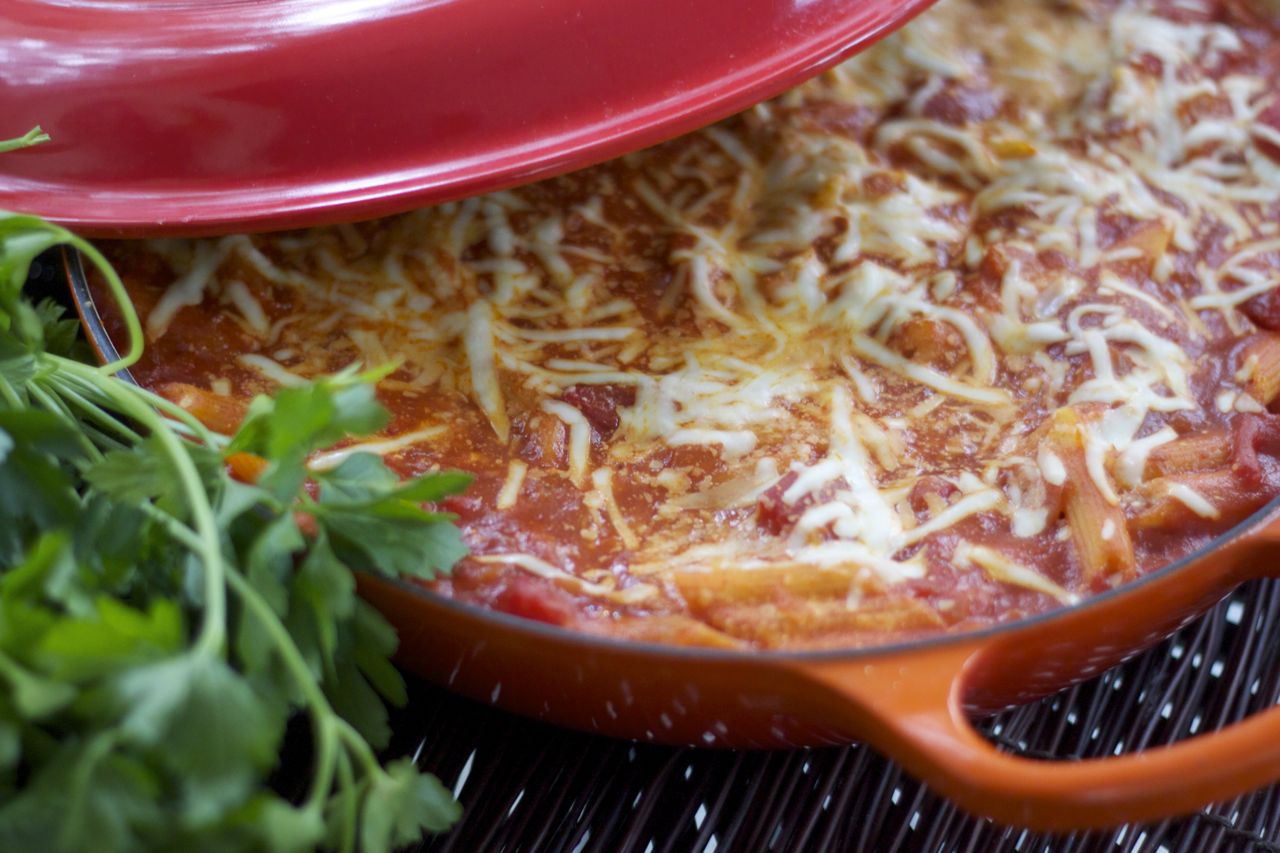 I mean…seriously. That is a good pasta dish. 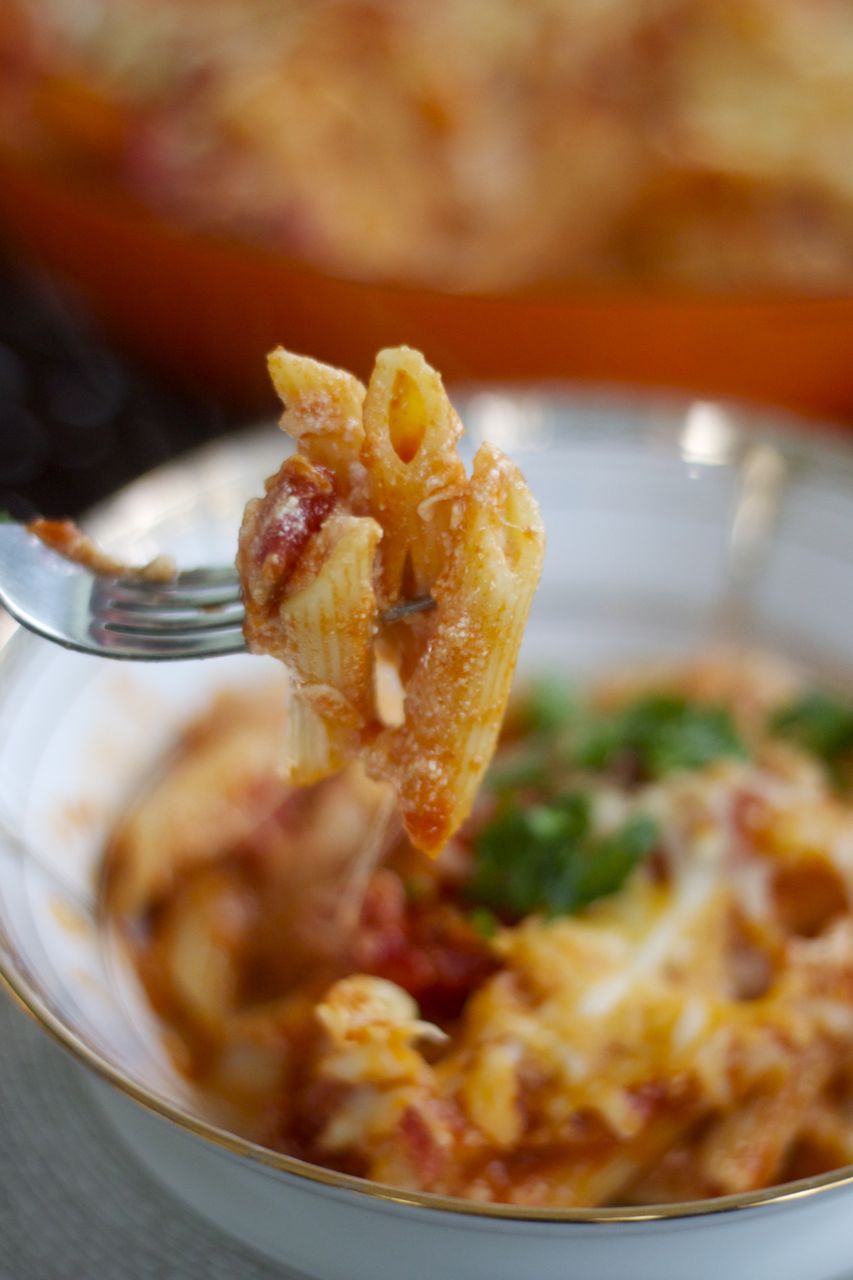 Here is one of my many, many (many) bites.