On A Red Plastic Tray In The Middle Of Nowhere 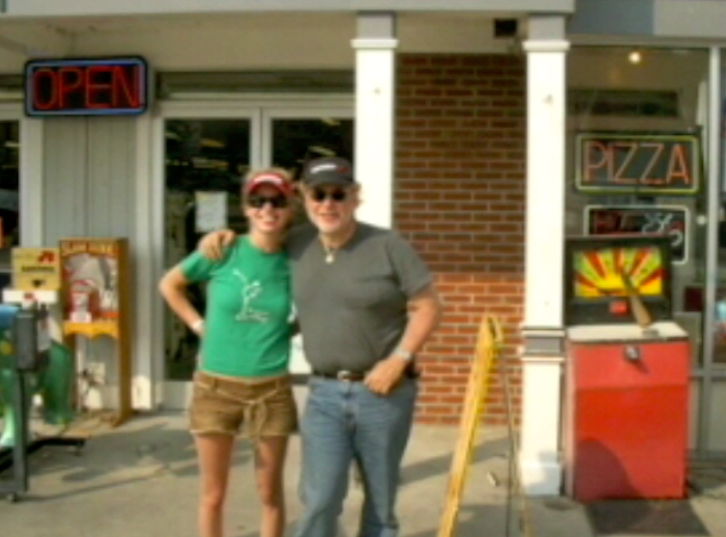 A few months before I graduated from college, I decided once and for all that what I was doing when graduation day rolled around was moving out to Los Angeles to be an actress. And since I would most certainly be needing a car out there, I decided to buy a white Chrysler LeBaron convertible from my aunt, and to spend two weeks in June driving it cross-country with my dad. Our plan: to head south down the Blue Ridge Parkway to New Orleans before cutting up through Texas towards Santa Fe and the Grand Canyon, and then make a pit stop in Vegas before rolling into my new home state.

(The shots, by the way, are blurry because they’re screenshots from a video I made of the trip afterwards.)

Those remain two of the best weeks of my entire life: just me and dad and a whole lot of road. Driving with the top down and talking about all sorts of stuff, but mostly nothing at all. Drinking tequila-oyster shooters standing up at a bar in New Orleans. Wandering through galleries in Santa Fe. Discovering grits at a diner in West Virginia. Watching bands at Slo Bar in Nashville. Stopping for beef jerky at three in the morning somewhere in the middle of nowhere. Even having the car break down on a long, empty stretch of New Mexico highway…all of it: it was the very best that life gets.

And the BBQ. Man.

Our best BBQ experience happened when we were lost, which is, in my experience, when all best experiences tend to take place. We were somewhere in Texas, hunting around for a restaurant that had been recommended to us as having the best pulled pork around, and ended up on a dusty road winding through a dried-out field that was most certainly not in our Fodor’s Guide. But we kept going, and eventually we happened upon a little roadside structure that was part-house, part-gas station, and part-restaurant, and went inside to find happy-looking people crowded around checkered tablecloths, and red plastic trays piled with meat and tall stacks of white sliced bread on paper plates.

I added mayo, because I like it. But I didn’t have to.

This is my version of that meal (click links for recipes). 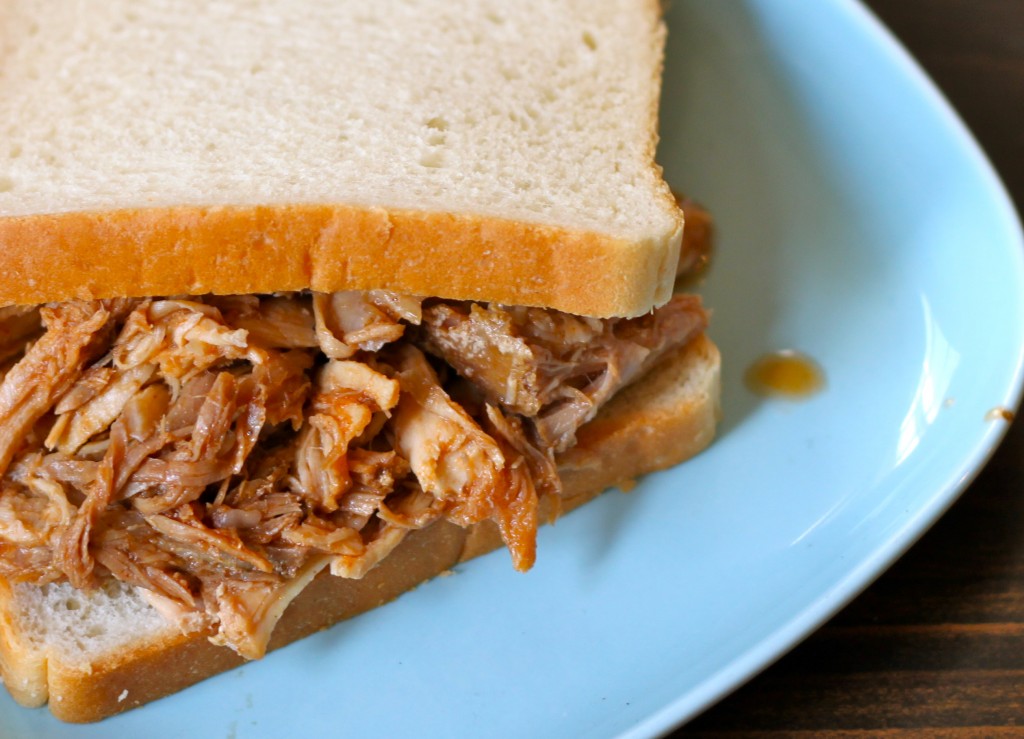 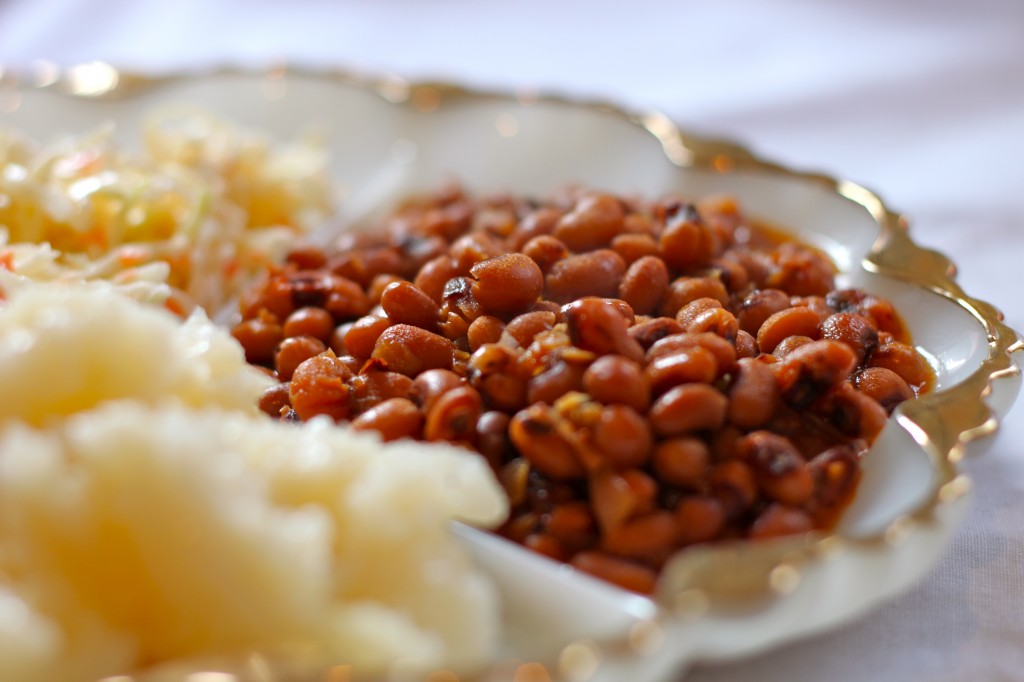 HOMEMADE BAKED BEANS (or just use Bush’s from the can if you’re short on time; that’s good, too) 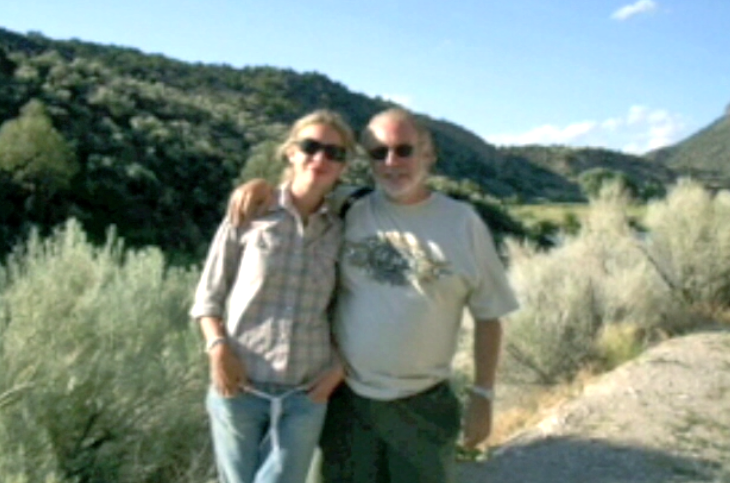 Love you very much, Dad. Let’s do it again sometime.