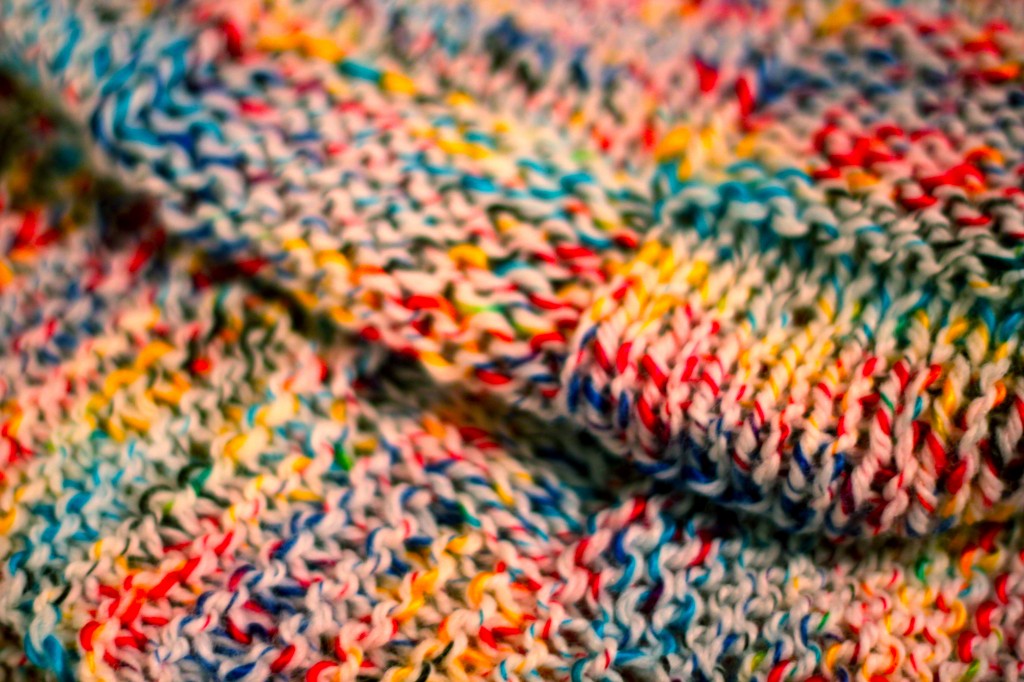 If there is one thing I can say for certain about this child, it is this: between me and my mother, he will not be lacking for warm things to wrap around him.

When my parents helped me move into my college dorm room during Freshman Week, they noticed that the room didn’t come with any sort of bedside table to set books or a lamp on, and went out to buy me one as a housewarming (dorm-warming?) gift. And then the next time they visited, they saw that my roommates and I had our TV sitting on the floor, and went out and picked up a little wrought iron thing to put it on. And the time after that, it was a wooden one to station next to the door for keys and ID cards and whatnot.

It became a bit of a joke, but seriously: they could not stop buying us tables. I think something about it made them feel better about leaving me alone in the land of keg stands (as a sidenote, this isn’t something they really had to concern themselves with; I did exactly one during the entirety of my college experience. We were not a party school).

And I’m sort of doing the same thing with the knitting. I can’t stop. So far I’ve made blankets and hats, and am now moving on to burpy bibs (those aden + anais ones, while adorable, are sorta expensive for something whose sole purpose in life is to accumulate drool).

This blanket is a basketweave, like the receiving blanket I made earlier this year, but I used a soft acrylic-wool blend (the same one that I used for the Baby Elf Hat) and didn’t double up the yarn, so it’s more of a light everyday throw than a fancy memento.

Click here for blanket instructions (like I said, though, just use a single strand of yarn for this one rather than doubling up).

Click here to learn how to make a Baby Elf Hat of your own. Bonus: this link includes a video of Lucy wearing the thing.