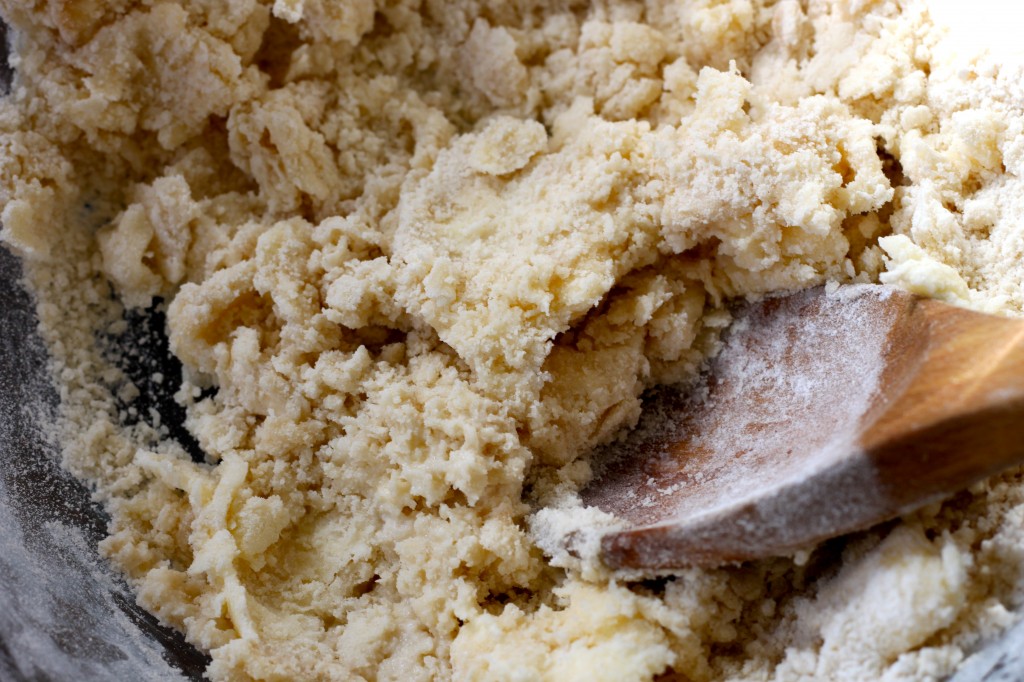 I made homemade Samoas.

OK, so these are a bit more time-consuming to make than your average cookies (there are a few assembly-related steps), but they are so worth it. Because Girl Scouts don’t come along nearly often enough. And – no joke – they taste even better than the originals.

Plus: how great would these be as Christmas gifts? Just find out what each of your friends’ favorite Girl Scout cookie is, whip up a homemade batch, and put them in a pretty labeled box.

I found the Samoas recipe on BakingBites; you can also find recipes for Thin Mints, Do-Si-Dos, Tagalongs, and Trefoils.

2. In a large bowl, cream butter and sugar.

3. Stir in flour, baking powder, and salt. Mix well, then add vanilla and mix well again. The goal is for the dough to come together in a soft (but not sticky) ball, so you may need to add a tablespoon or two of milk. A little warning: I thought the dough wasn’t coming together well and added a tablespoon of milk, and the dough ended up being way too sticky. I needed to add quite a bit more flour to bring it back to a workable state (which turned out fine in the end, but just saying: add less milk than you think you need, if any). 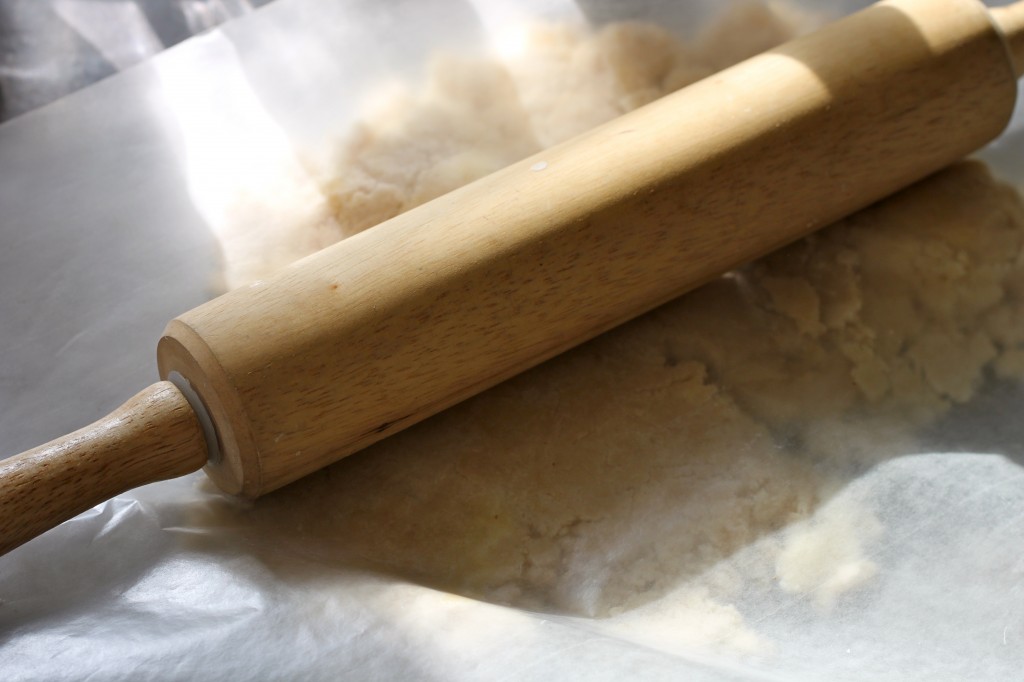 4. Work the dough into a ball and set it between two sheets of wax paper. Roll it into a sheet about 1/4″ thick. 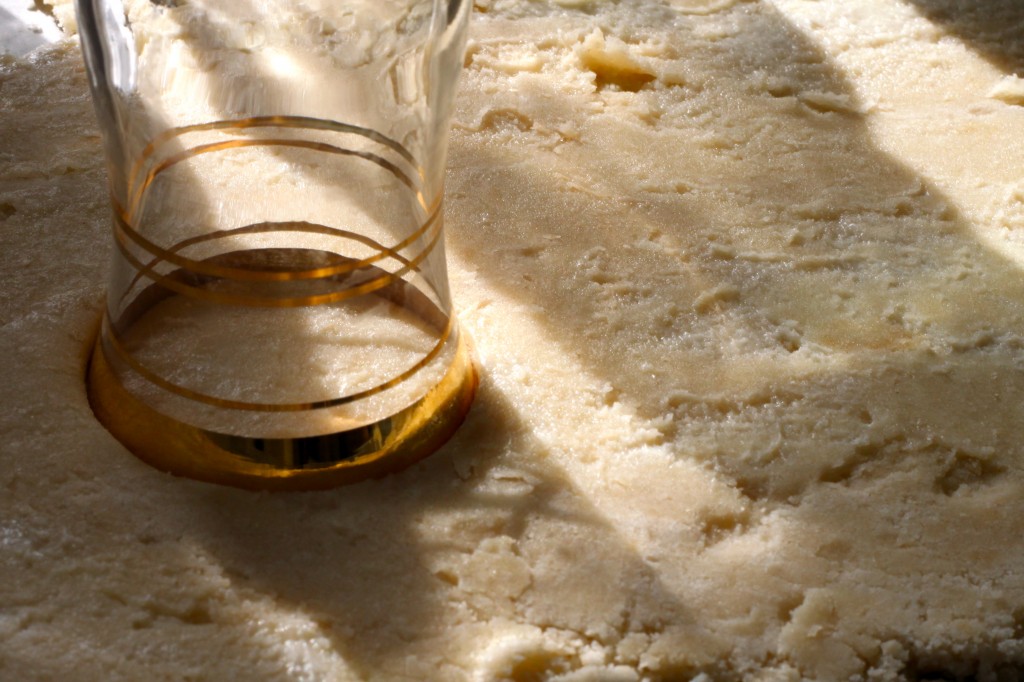 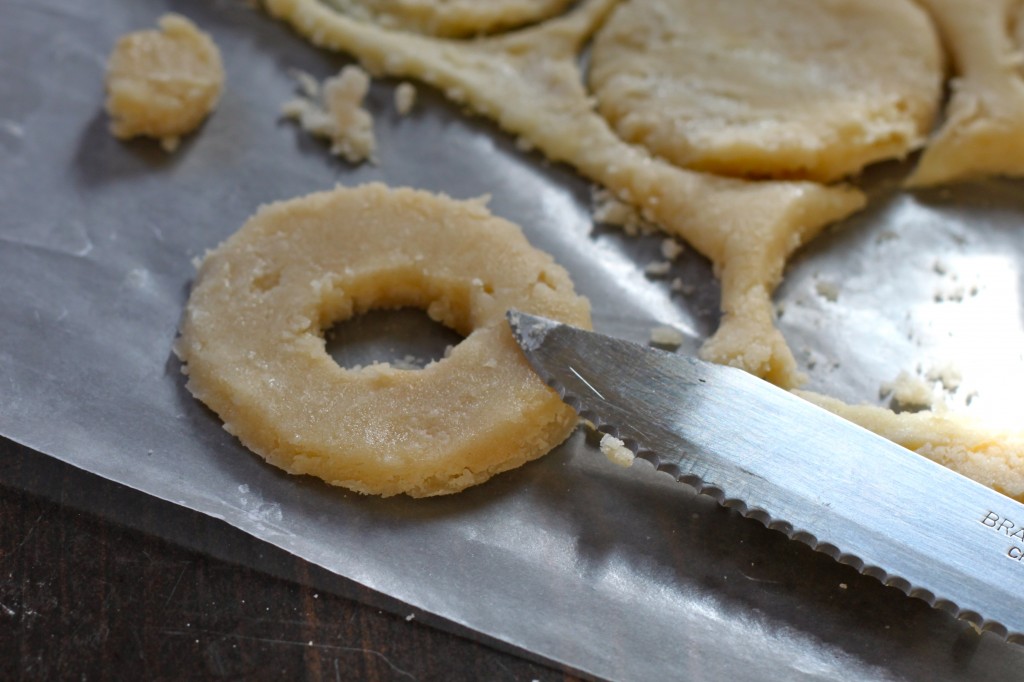 6. Using the tip of a knife, cut a smaller hole in the center of each round. 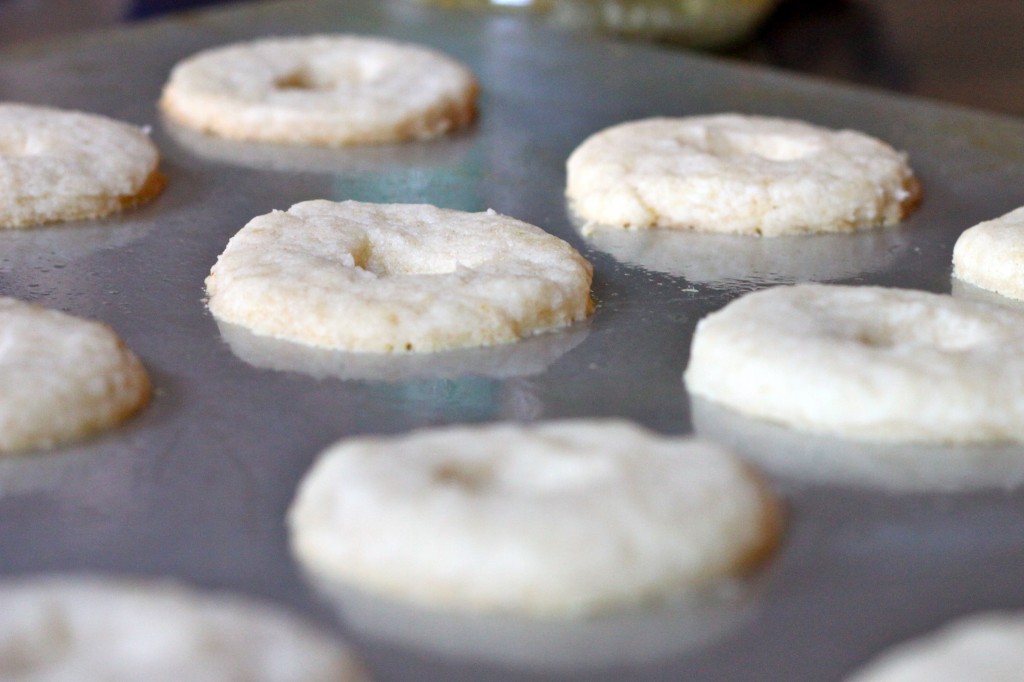 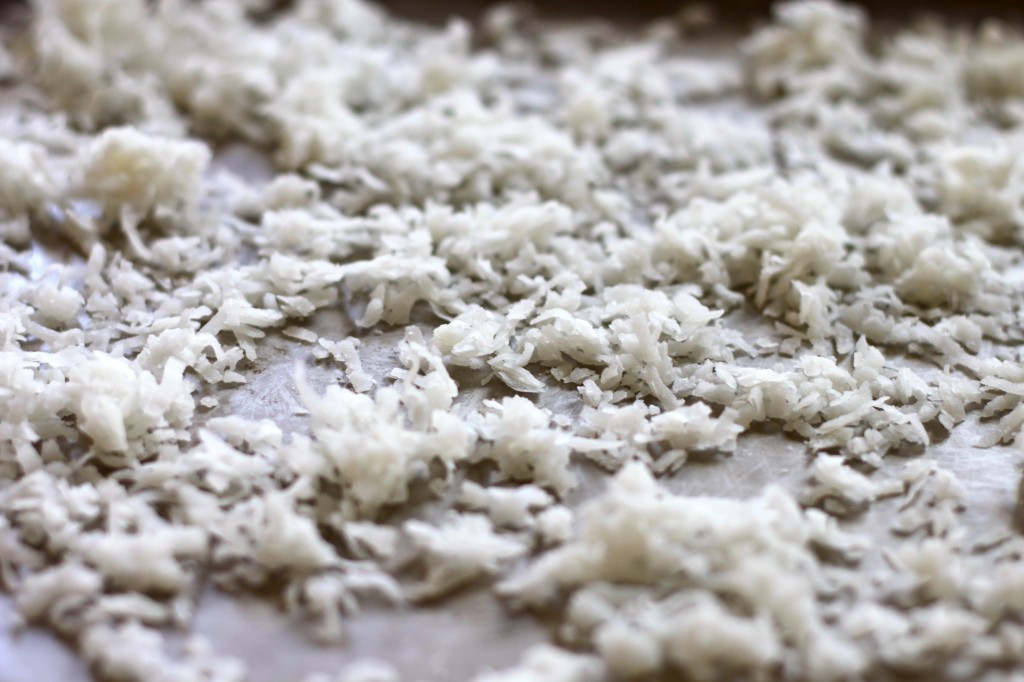 1. Spread the coconut in a single layer on a parchment-lined baking sheet. Toast in the oven for about 20 minutes or until golden brown, stirring occasionally. (The instructions say to toast it at 300F, but that temperature started to char my coconut; I found that the lowest setting worked better in my oven.) 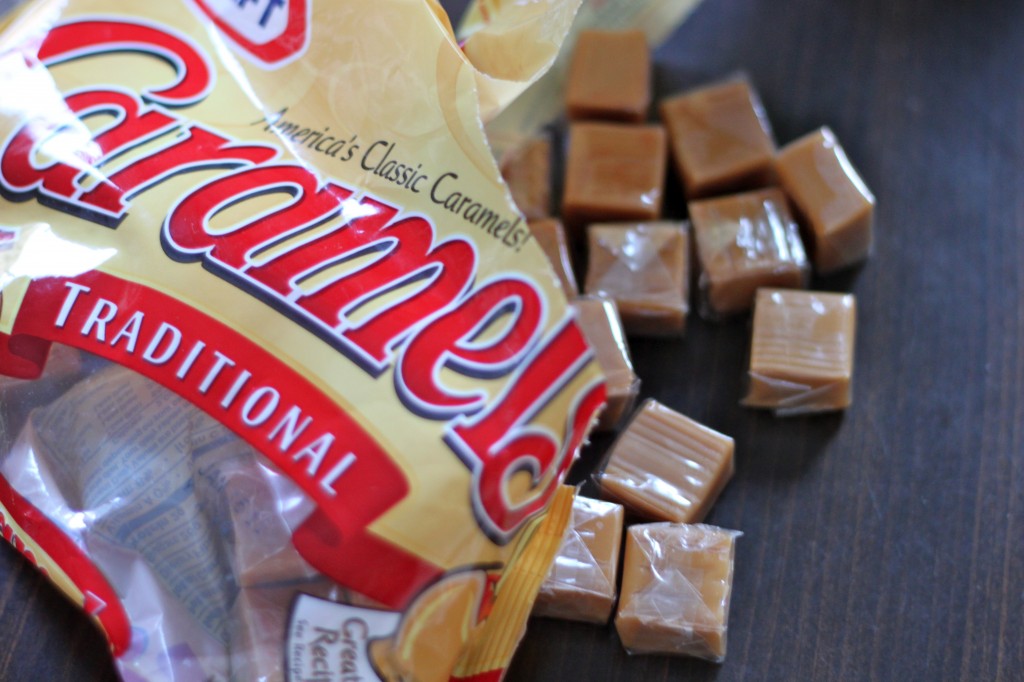 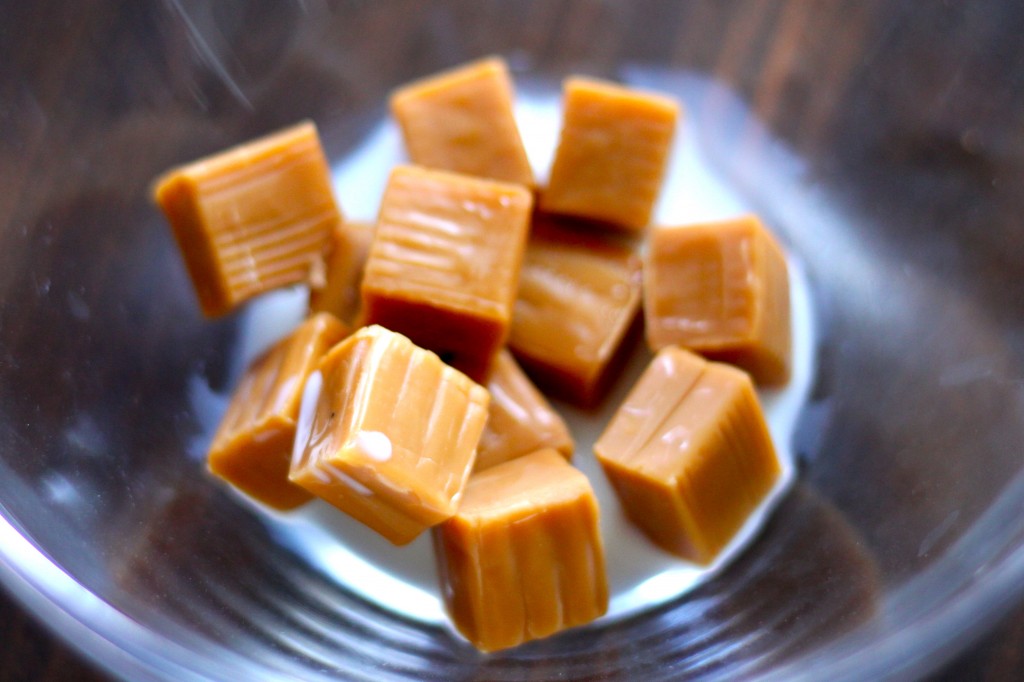 3. Put them in a microwave-safe baking dish with the salt and milk and microwave in 30-second increments, stirring in between, until smooth. 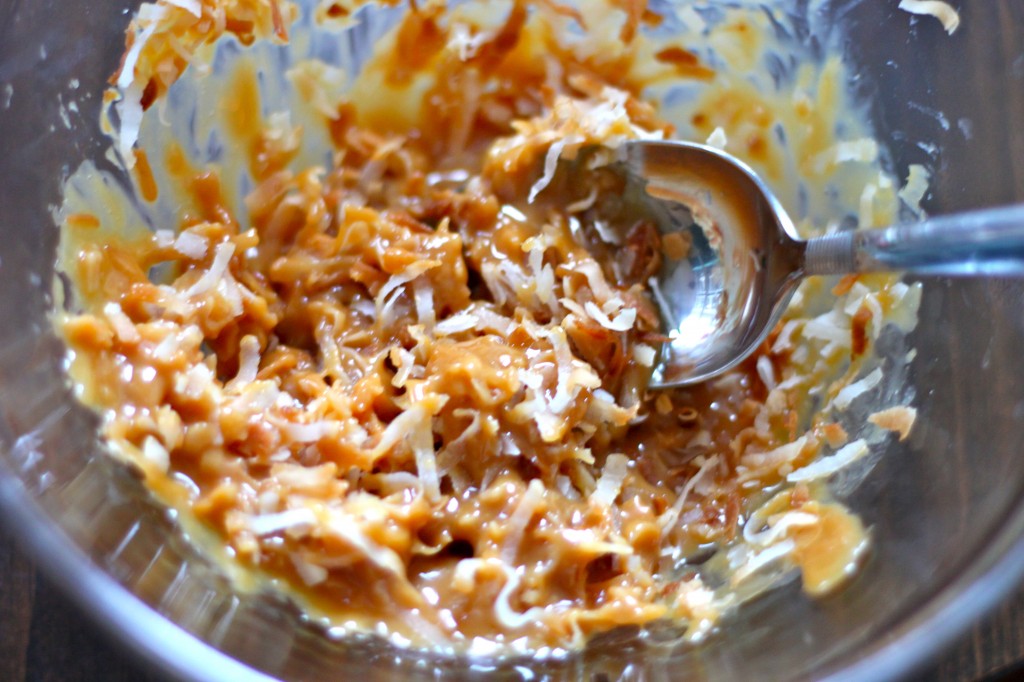 4. Fold in the toasted coconut. 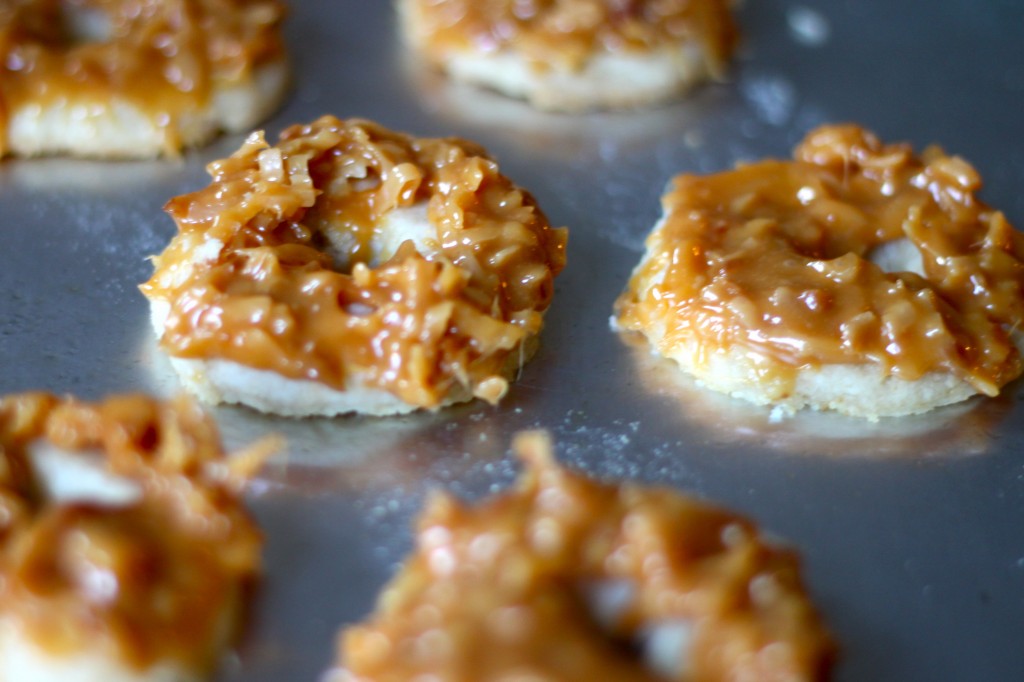 5. Using an offset spatula, spread a little caramel/coconut mixture onto each cookie. 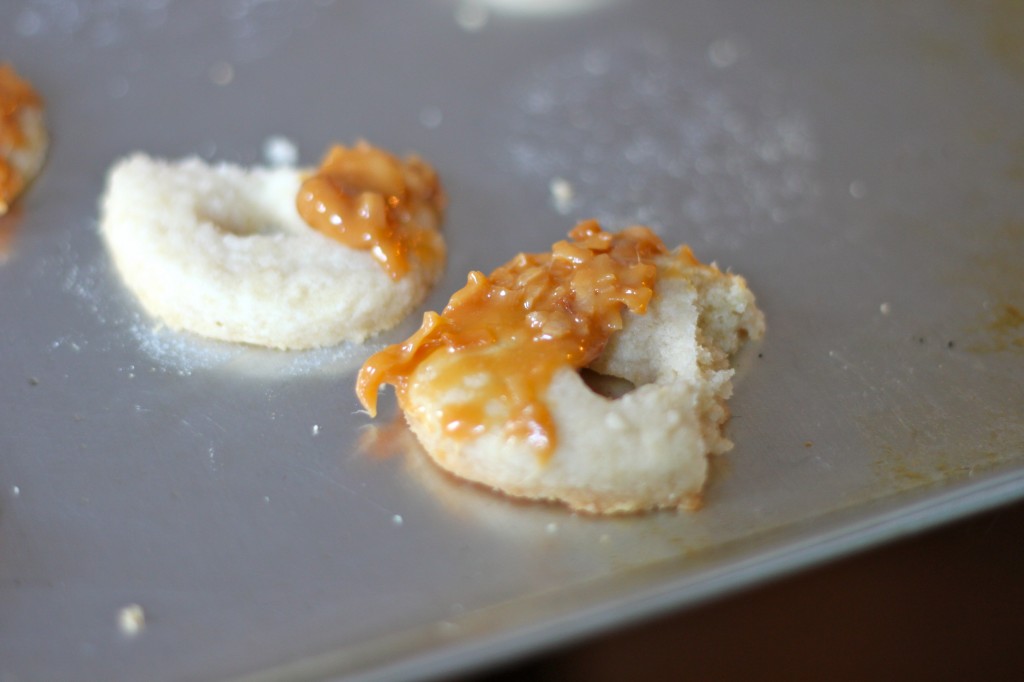 (This step is sort of delicate – and can be painful, what with the hot caramel and all – so be careful. I broke several cookies during the spreading process – but no harm: I just served them with some coffee and a small dish of melted chocolate for dipping a little later on in the day.) 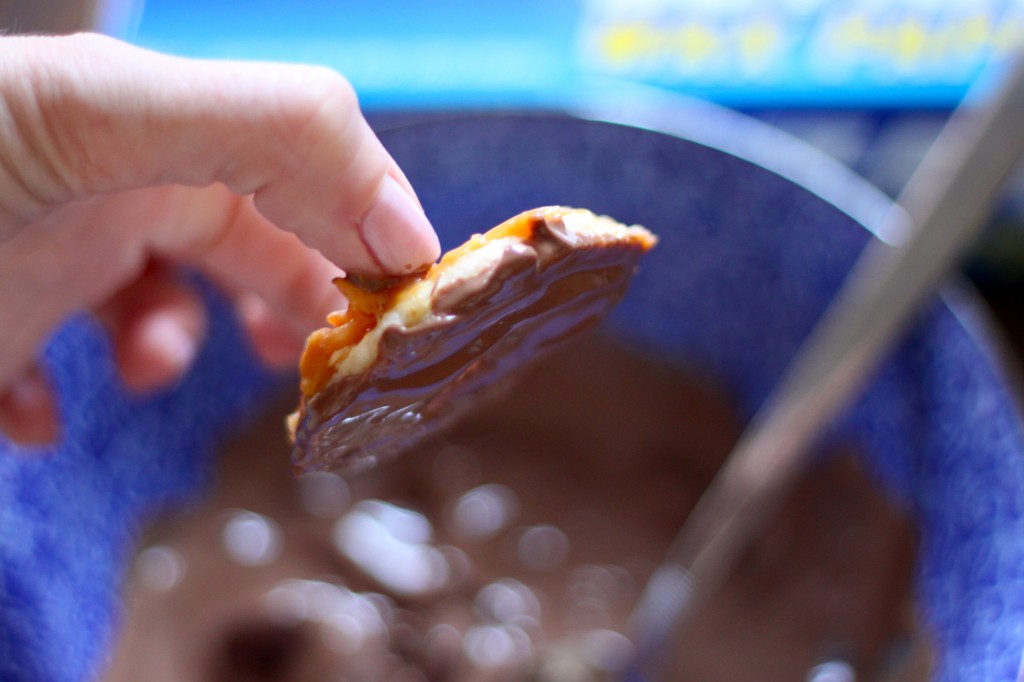 6. Melt the chocolate in a microwave-safe bowl (stirring at 30-second increments) until smooth. Dip the bottom of each cookie into the chocolate and let the excess drip off; set on a parchment-lined baking sheet or large plate. 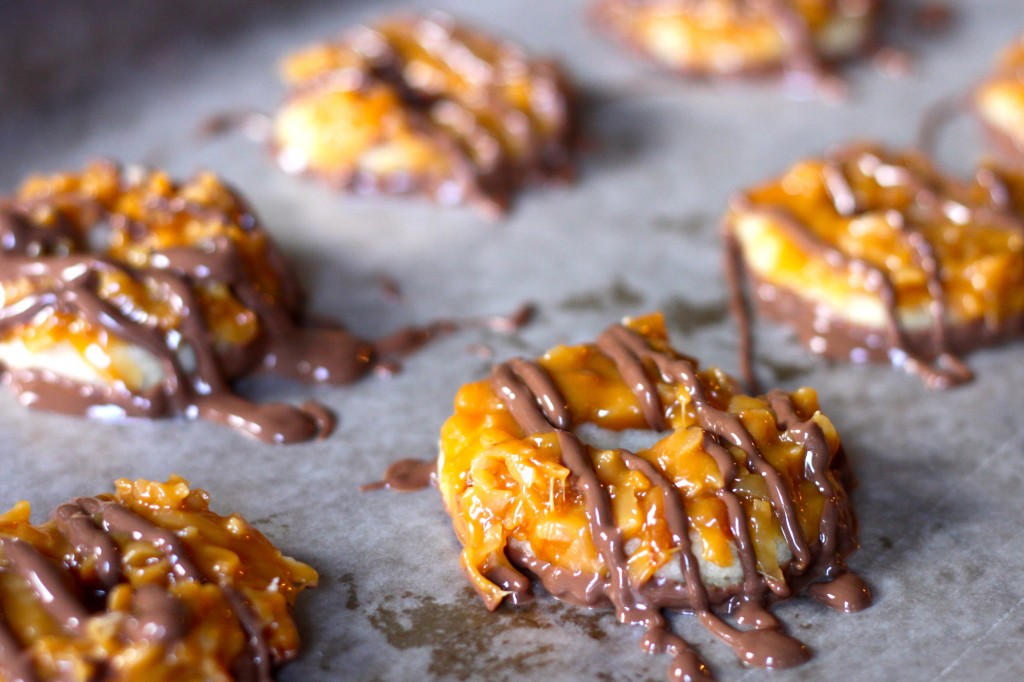 7. Final step: put the rest of the melted chocolate into a Ziploc and cut a small hole in one corner. Drizzle the chocolate over the tops of the cookies. Let cool in the refrigerator until the chocolate is set before storing in a single layer in an airtight container. 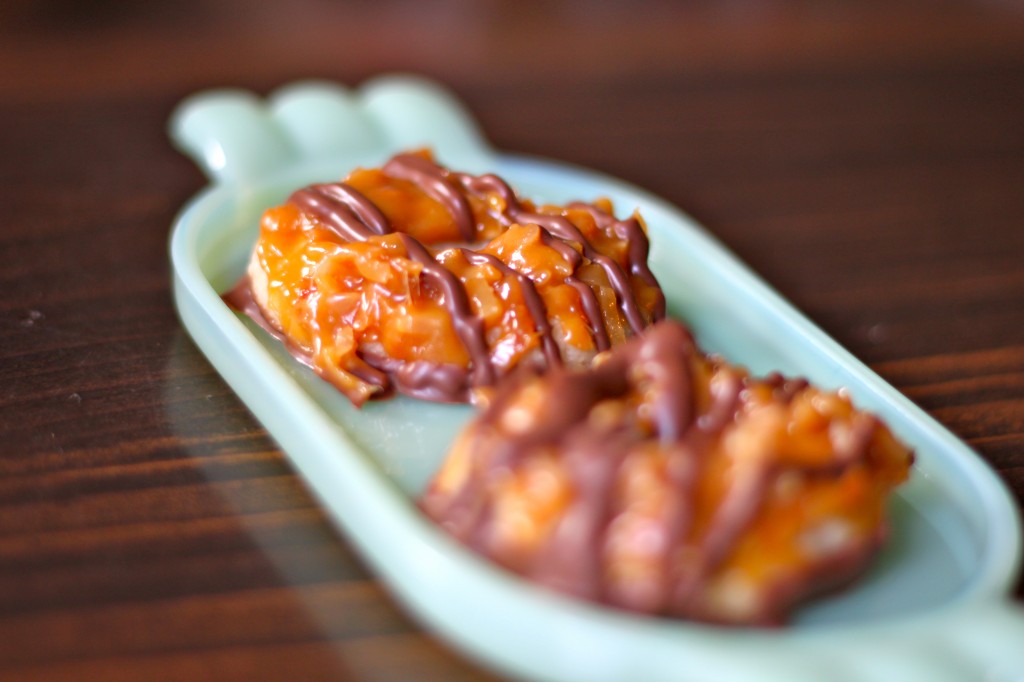 How beautiful are these?! 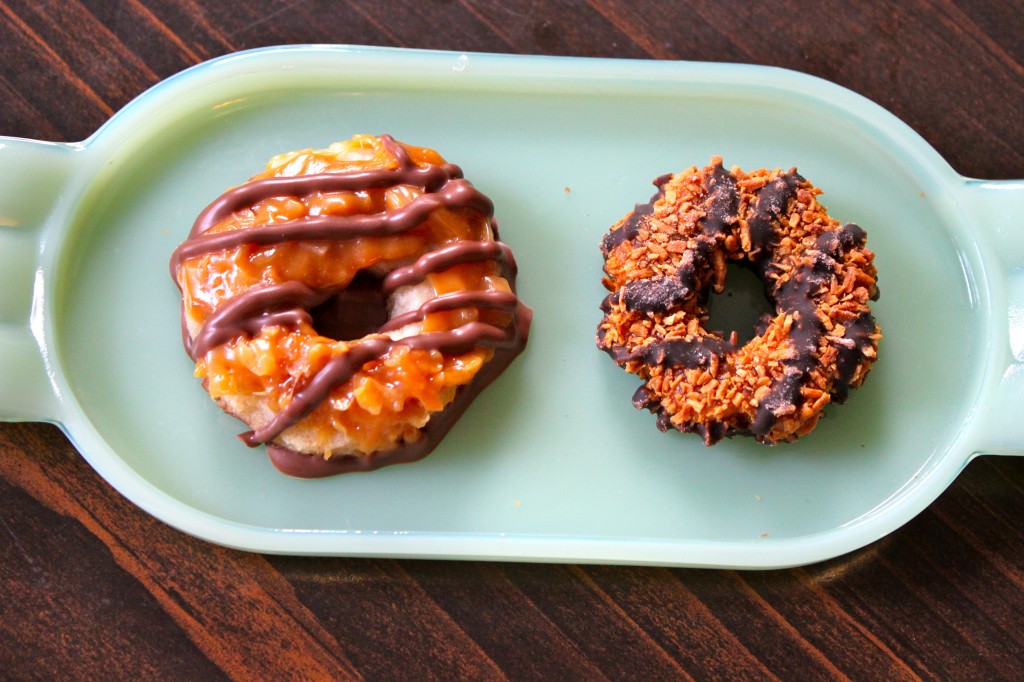 Above: Homemade vs. Original.

Obviously the homemade ones are a touch bigger (a necessity; to keep the vanilla cookies thin and light they need to be a bit bigger in terms of circumference to stay in one piece during the caramel-spreading process), but really: they’re almost identical-tasting, and the texture – at least in my opinion – is way better; chewier and a bit more robust. One note: I used milk chocolate here, but darker chocolate (as used in the Original) is probably preferable, as it’d cut the sweetness just a touch and provide nice contrast with the caramel/coconut topping.