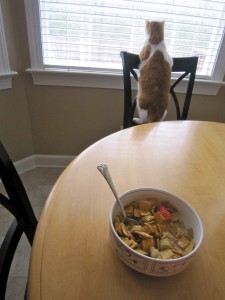 Last night, we stayed over at Kendrick’s sister and brother-in-law’s place in Williamsburg. This morning, we woke up bright and early for a little breakfast before loading everyone (including Kendrick’s parents and his niece and nephew) into an assortment of cars and heading down to the Outer Banks. 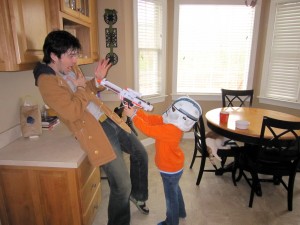 We were also attacked by an errant Storm Trooper. 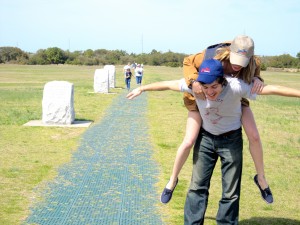 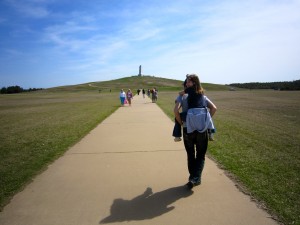 Our first stop before checking into the house that Kendrick’s family rented in the Outer Banks was the Wright Brothers National Memorial. I’m not really one for tourist attractions, but this was very beautiful. I also learned – and this is pretty cool – that after the Wright Brothers’ mother died their 10-year-old sister Katharine became the head of the household, and it was she who ordered her older brothers to continue their experiments when they were ready to give up out of frustration.