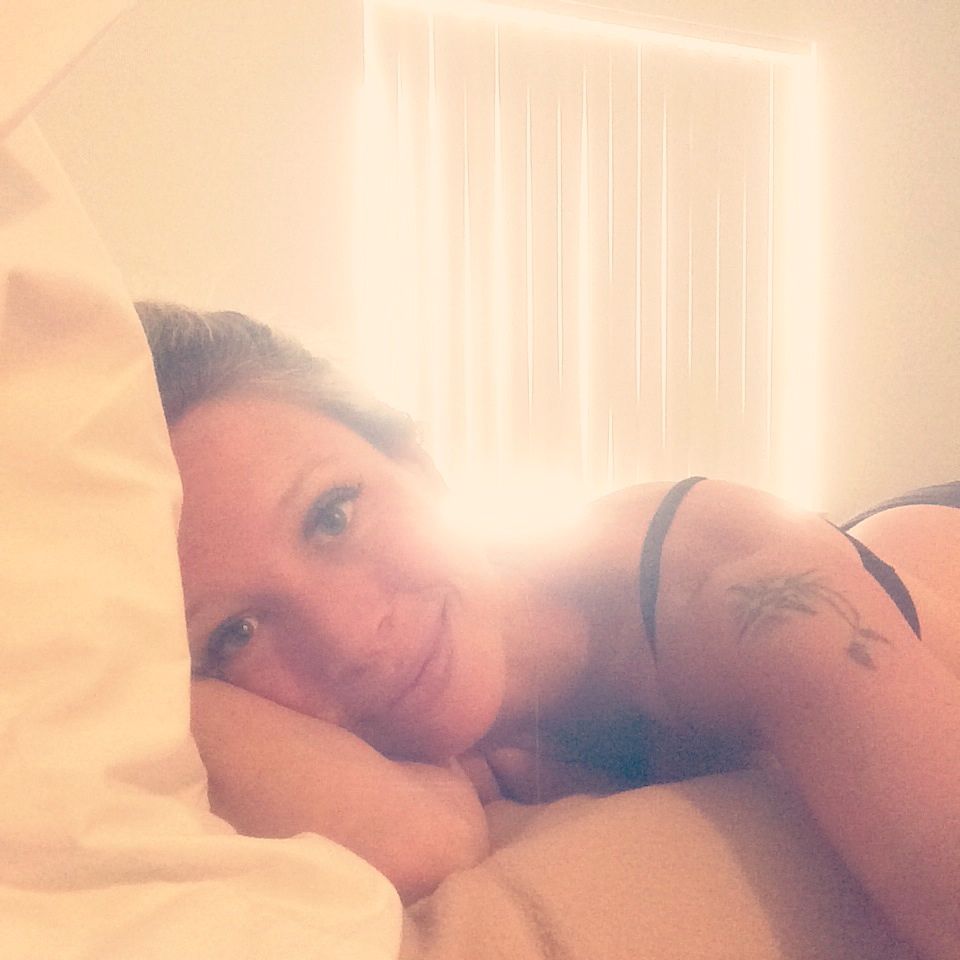 This question came in response to my “This merits discussion” post.

Q. Have you always felt this secure? Or was it more like a journey of learning to shut out the negativity and like your body anyway?

I’m 25 and I only recently learned how to stop obsessing over every flaw, real or perceived. I spent most of my adolescence freaking out over how skinny I am, how tiny my wrists are (freakishly), how unfeminine I felt…. and the fact that of my eyes is ever so slightly smaller, which is a flaw no one else seems to notice… but to me it was glaring. It took years to get over these insecurities and finally feel attractive and happy in my own skin. At this point, I am secure enough to laugh when people at Starbucks tell me to get full fat milk because “you should, you’re so tiny!!” and when random people tell me I should have a sandwich instead of a salad. I just wish I’d got there faster. Like, 10 years ago.

So, yeah… would love to hear your perspective in regards to accepting your body and the work it takes. If this is something you’re comfortable with, obvs.

A. When I was a kid, I was extremely dorky and got teased a lot. Like, a lot. While I’m sure lots of people get made fun of when they’re young, with me it became pretty vicious (a kid in my class even left death threats on my parents’ answering machine), and I ended up switching schools after the 6th grade. It was a bit better at the new school, but the teasing took on a much more body-centric slant (“Tic-Tacs” – because I was the very unusual seventh grader with a flat chest – and such). Even so, I never paid much attention to my body, and I definitely never paid much attention to food. I graduated high school without ever weighing myself, except for at the doctor, and without ever even thinking about a diet.

I started modeling around age 15, and even then, even when I had a photographer tell me I should probably lose a couple of pounds (ridiculous, by the way)…I just didn’t care. Let me note: this is not because I thought I had the perfect body (I didn’t); it’s just because…well…I guess I was worried about other things, like zits and why Mike hadn’t called. And if he hadn’t, I was much more likely to chalk it up to him not liking my personality than my body – my personality was what I was insecure about.

When I went to college, I realized that this was weird. Everyone, it seemed, had suffered from anorexia or bulimia at some point or another, and no one ate like I did: what I wanted, when I wanted to. It was an endless source of fascination for my friends. I did gain a bit of weight during college – I can see that now, in photos – but I just never, ever thought about it. If my pants got tight, well, that sucked, because I had to buy a new pair…but that never made me feel bad about myself. What did make me feel bad about myself: never, ever feeling like I really fit in anywhere that I was.

I moved to Los Angeles after graduation, and things took a turn for the worse. Much worse.

When all you have to do is go on auditions, you have a lot of free time on your hands, and so I decided hell, I was in the land of gorgeous people…I should probably join a gym. On the first day, I stepped on a scale and realized that I was about 15 pounds heavier than I had thought I was. Now, I know that’s not a lot, but I kinda freaked out; LA is a scary place to be if your confidence wavers for even a second. I started exercising, and then I started exercising more, and then, when that didn’t budge the number on the scale, I just pretty much stopped eating.

I began weighing myself once in the morning, and once at night. At one point, I couldn’t have weighed much more than 100 pounds. My hair thinned out, my skin got bad, and yet there I was, now auditioning for supermodel roles instead of sidekick roles. When people around me noticed and said things, they were generally positive. It was LA, and even at that horribly low weight when I went to get a slice of pizza the pizza guy would tell me to be careful; too many of those things would end my career as an actress. Scary, right?

And then, about four years ago, it all changed again, and I guess the reason it changed was twofold: I got happy (I had been in a horrible relationship with an actor in LA, and it finally ended when I found out that he had been cheating on me), and I got hungry. Depriving yourself just takes up so much damn head space…and gradually, I started realizing that I wanted room for other things.

Without really noticing much, I put on a bit of weight (as one commenter noticed) around the time I met Kendrick…and let me tell you: he thought things were just fine. And ever since then…I wish I had something more insightful to say than that I stopped thinking about it. Completely. I’m not minimizing the struggles that many who suffered eating disorders go through; I know that for most recovery is an ongoing process. For me, though, it was a combination of getting away from negativity (a bad relationship, an unhealthy work environment) and embracing more positive influences (the true friends whom I’d lost touch with over the years and a man who loved me for me) – but really, those things were all just contributing factors. What really changed is that I started listening to myself.

It’s not that I don’t think about my body ever; I just think about it differently. I pay attention to it, rather than trying to control it. I can’t remember the last time I checked the nutritional information on a package of cookies or thought that I should probably not have another slice of cheese (another slice of cheese, in my opinion, is always a good idea), and I haven’t owned a scale in years. What I won’t say to myself: “Jeez, I have to go to the beach next weekend; I better eat less so I look good in a bikini.” What I will say: “Hm. I’ve been loading on the Kraft Mac lately; do I feel good?” And if the answer is no, I’ll think about what I really want, and chances are it’ll be sushi or vegetables. I like bacon, I like cheese, and I like pasta, and if that means my body changes a bit as I get older, that’s a fine price to pay for the joys of occasional (or not-so-occasional, even) indulgence, in my opinion. This approach feels healthy, feels freeing…and feels really damn good.

The truth is that I’m more than a little nervous about sharing all this, especially because, as I’ve said, nutrition/weight stuff is not something I like to talk a whole lot about, mostly because there’s so much else out there on these topics, written by people much wiser than myself.

But still: I thought it was important to tell you that while I am secure now, and feel comfortable in my skin, it wasn’t always so.