Two-Ingredient Nutella Brownies For Your Valentine 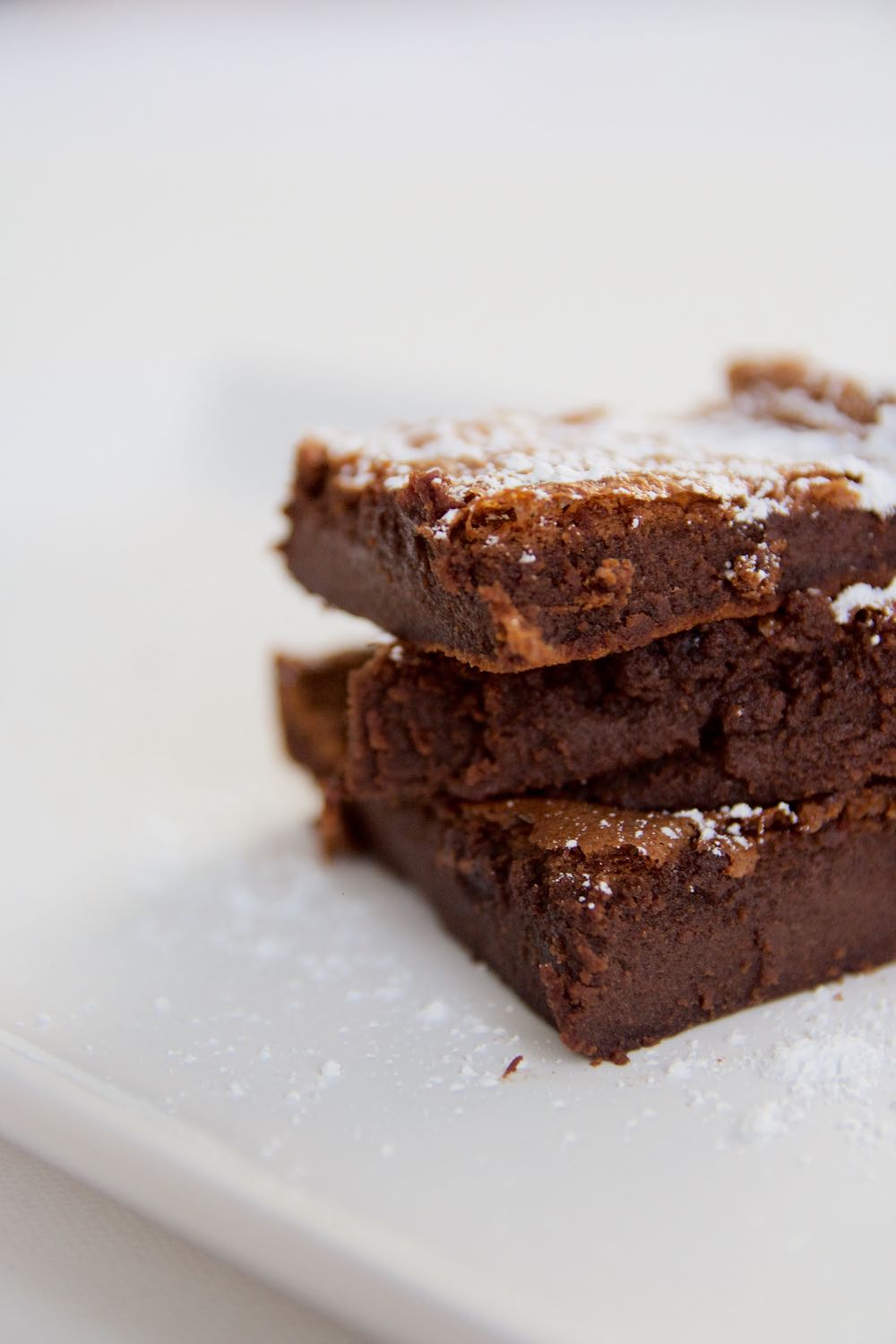 Look at this gloriousness.

Confession: I totally went into this experiment expecting to end up writing a post about (another) epic baking fail. Because when I saw this recipe in People Magazine and noted that it contained exactly two ingredients – neither of which were butter or flour – I did not see how, exactly, the result would be brownies. I mean, maybe there are bakers out there who are more talented than me (all of them) who can work this kind of magic, but what I was picturing ending up with was basically Nutella Soup. Or maybe Blackened Husk Of Nutella. Something along those lines.

But not only did this 20-minute project result in brownies…it resulted in the best brownies that I have ever had in my life. They are better than my beloved Duncan Hines Family-Size Fudge Brownie Mix, and that is not a thing that I ever thought that I would say about any edible item on the planet. The best part is the taste, obviously – just sweet enough, with a hint of hazelnut – but what sets them apart from other brownies is the texture: so light it’s almost spongy, almost like a mousse.

They are so good that I actually am going to insist that you try making them (for Valentine’s Day, maybe), because I’m pretty sure you already have the two (well, three including salt, but let’s not nitpick) ingredients you need to make them sitting in your pantry already.

1. Preheat your oven to 350F. In an electric mixer, beat the eggs and a pinch of salt on high for about five minutes, until they’ve taken on a super-fluffy, pale, mousselike consistency.

2. Pour the Nutella into a heat-safe bowl and microwave for a minute, stirring at the 30-second mark, so it gets thin and runny.

3. With the electric mixer set to medium, slowly drizzle the Nutella into the egg/salt mixture (this will dramatically reduce the size of the egg mixture, but that’s fine).

4. Pour the batter into a greased 8″x8″ pan and bake for 17-20 minutes, or until a toothpick inserted in the center comes out clean. 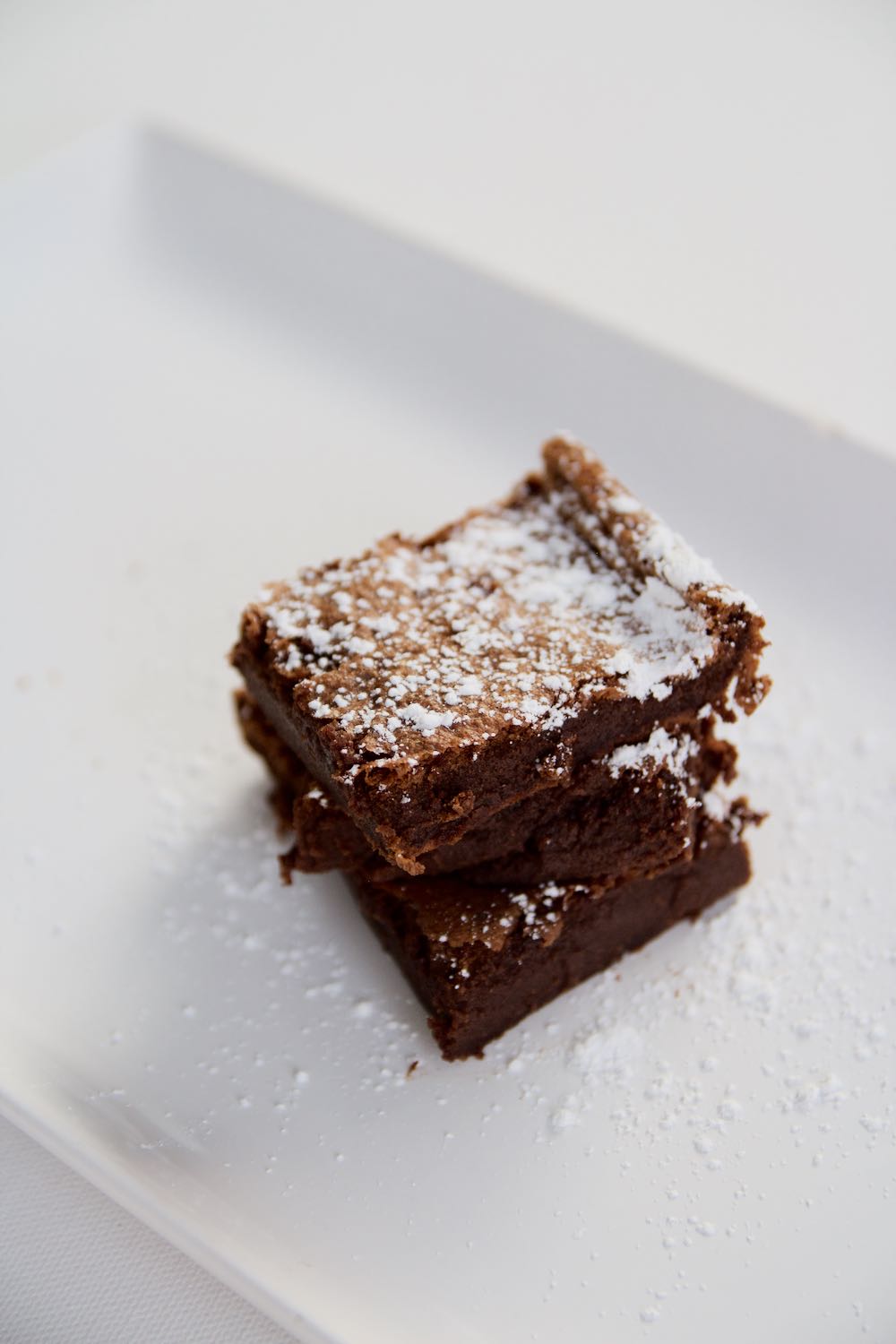 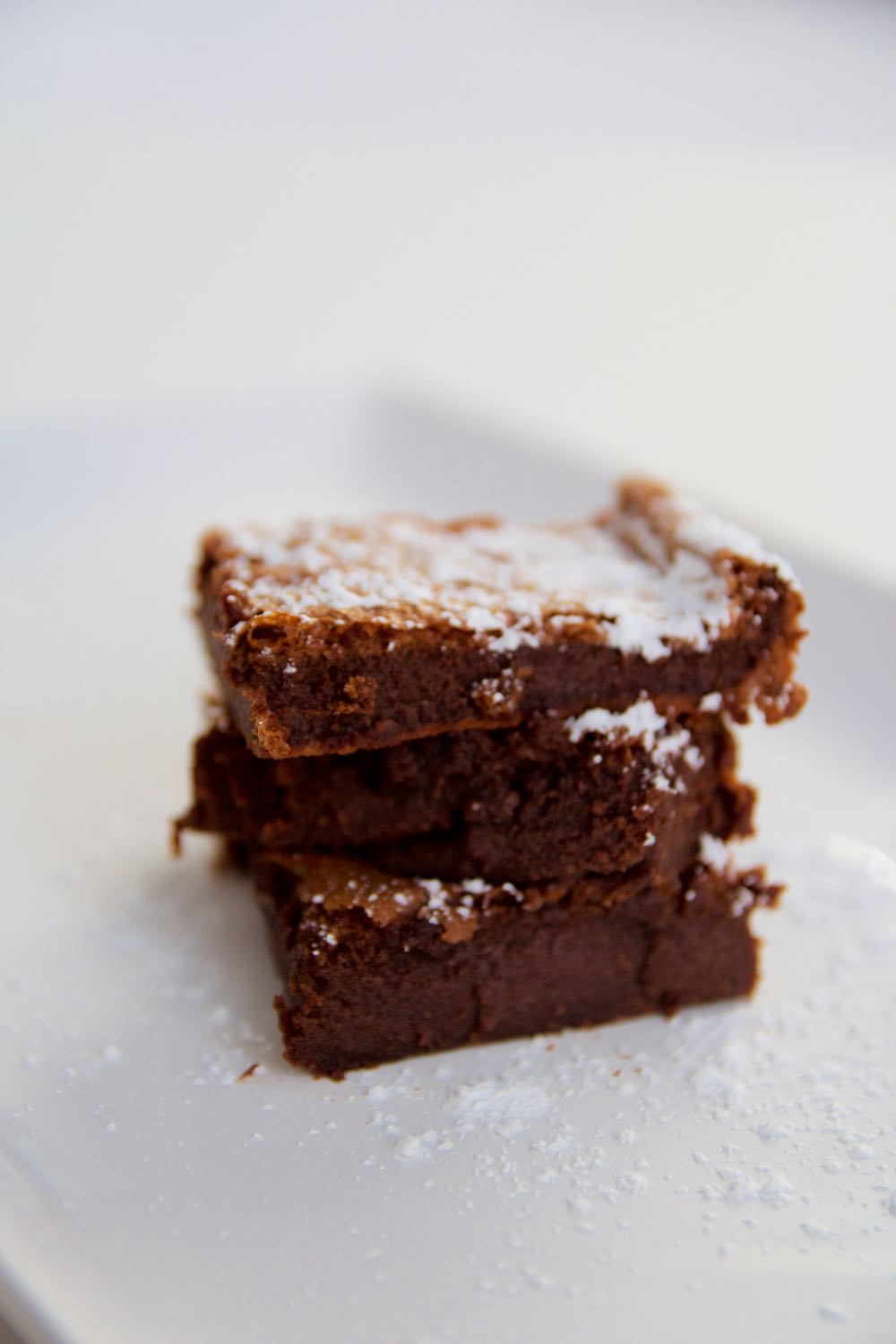