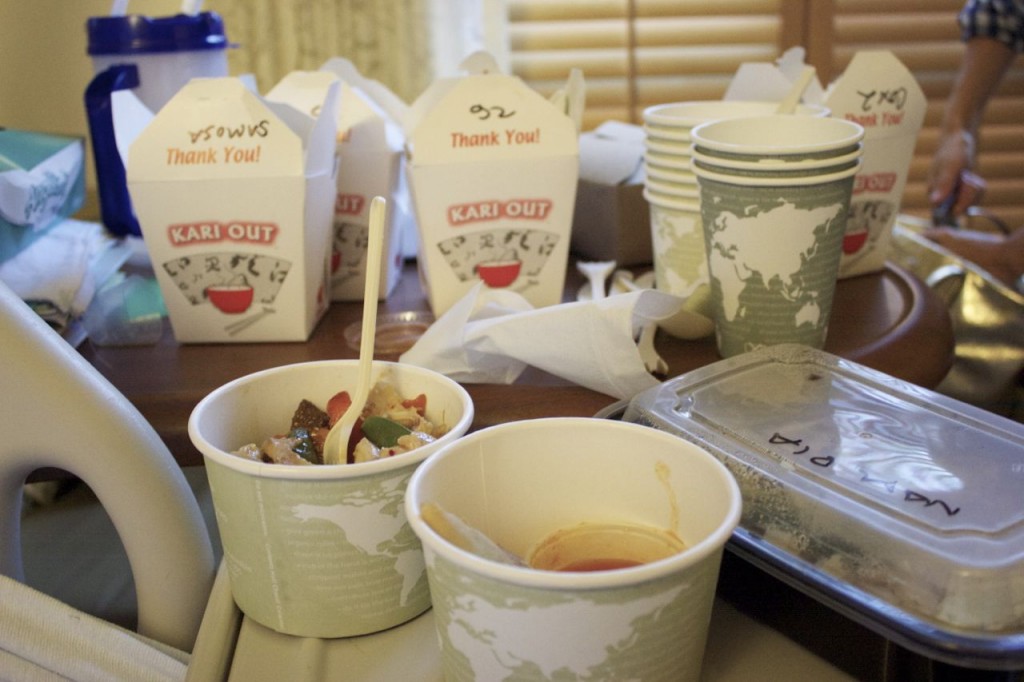 Because what, exactly, is it? Is it…spicy? Is it…noodles? I had no idea, but now I know, and what Burmese food is is basically a sunbeam compromised of everything delicious in the world. It’s sort of a mashup between the best parts of Thai food and the best parts of Indian food, and now that I’ve had it, I want it all the time. I would like it right now, in fact. 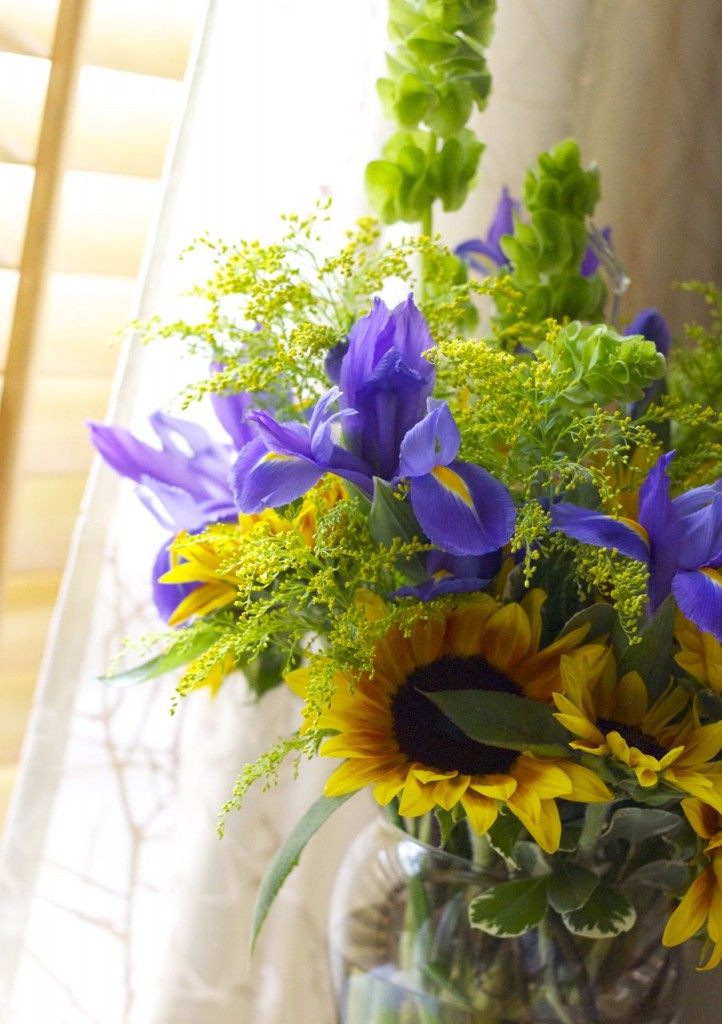 2. Another nice thing: my dad sent us flowers. It is so lovely to get flowers when you’re in the hospital. Especially sunflowers. 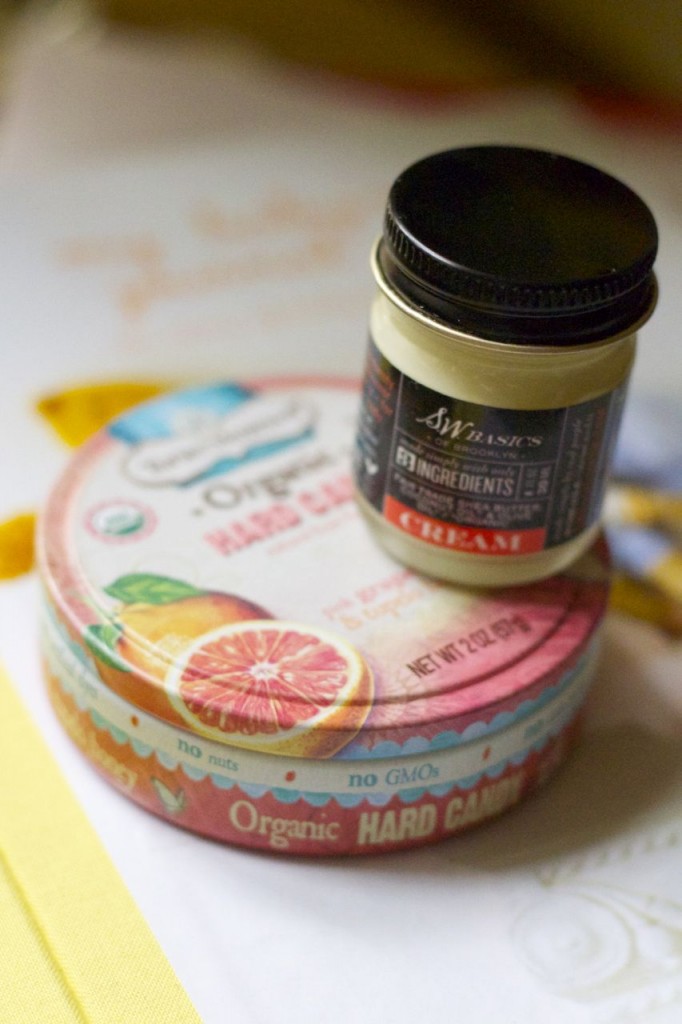 Two things in it especially: hard candies and shea butter cream, neither of which I would have thought would be especially vital to the whole birth-giving process, but no joke: I had both of these items planted on my bedside table for the duration of labor and recovery.

The hard candies were awesome because I had a head cold coming on (amazing timing, no?), so they helped with the sore throat, and also because you can’t eat anything or drink a lot while in active labor, so it’s nice to have something sweet that also helps with dehydration. The shea butter was awesome for…well, for no good reason that I can think of, and I was a little confused to see it in the care package at all, but for whatever reason I applied it to my hands over and over and over and over while we waited for the baby. It was kind of my favorite thing that I brought with me to the hospital. Go figure. 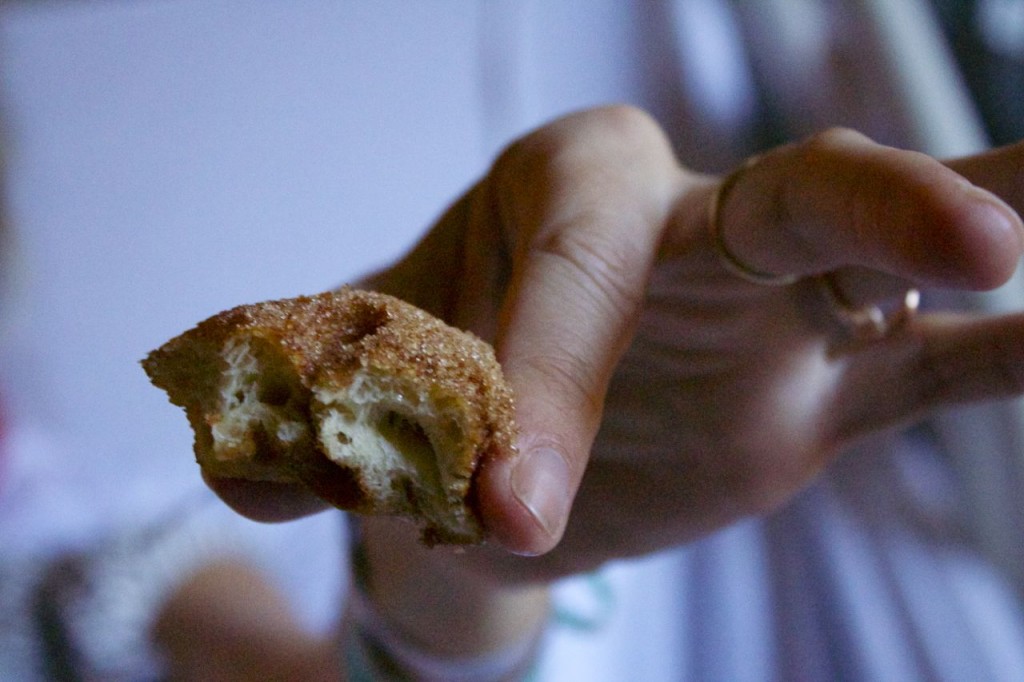 4. Thanks to my mom (who is staying with us for the week and took care of Indy while we were in the hospital), I discovered cronuts.

You guys, I totally thought this cronut thing was a scam. Some kind of Jerry Seinfeld-invented PR stunt to make us think that we would lose our minds over some in-reality-fairly-pedestrian baked good…but NOOOOOO. They made my eyes roll back in my head.

They are that good.

I don’t have anything else to say about that other than that you need to go get one. 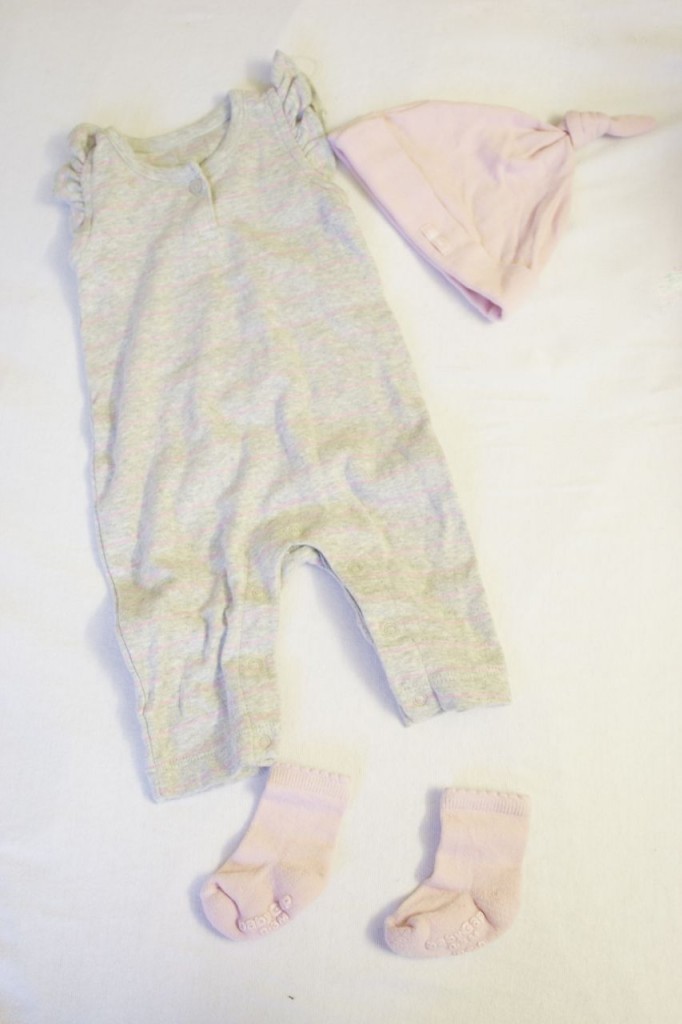 5. Finally, this is sort of baby-related, but whatever: agggh, this going-home outfit made me happy.