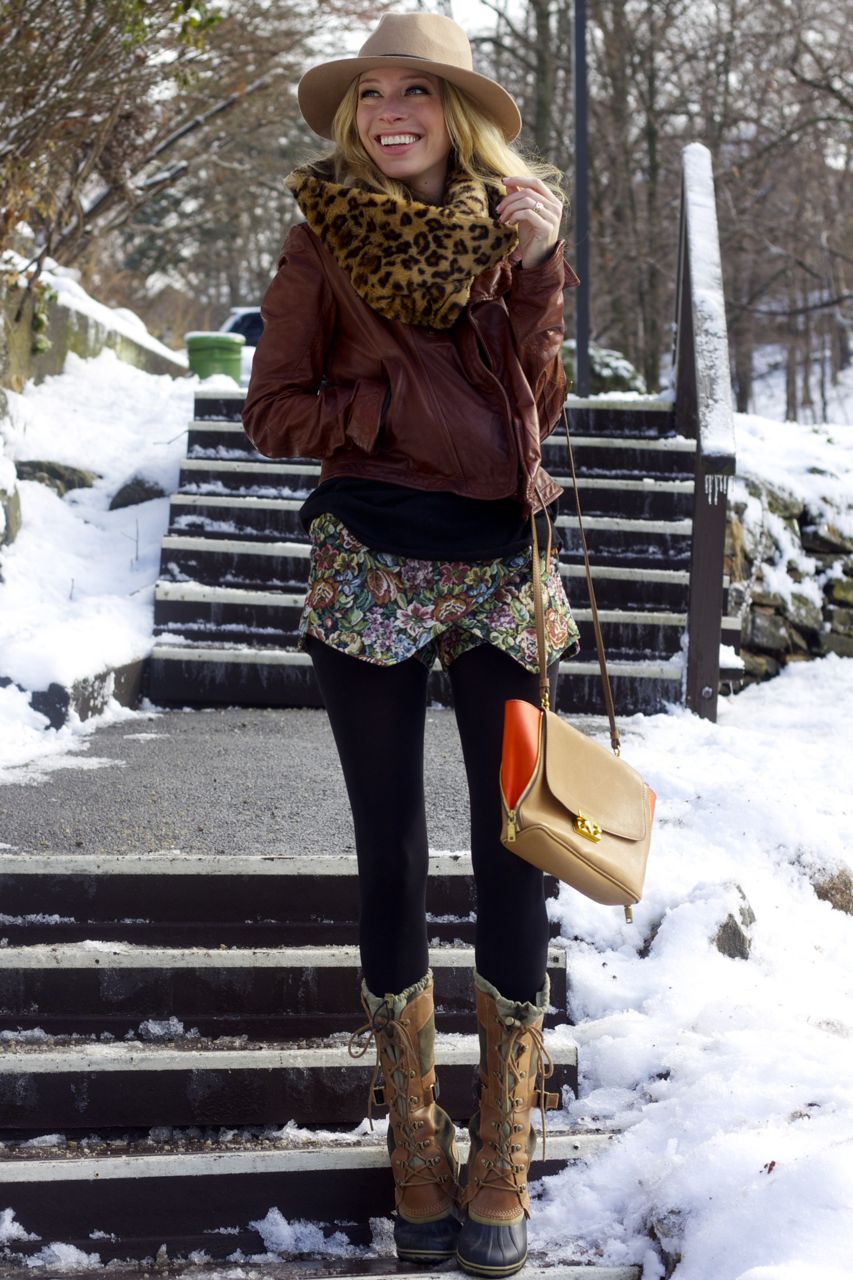 And home – every single day – for almost a month!

There are five inches of completely pristine snow in our backyard.

I just found out Francesca is visiting us for New Year’s. And I found my son an enormous clear Buzz Lightyear that makes sounds and is sort of the coolest toy ever in the used bin in our local toy shop for two dollars. And last night’s Chinese food-and-Elf celebration was awesome. And my dogs actually declined to jump on my head last night while I was sleeping (I was not quite so lucky the previous night, when Lucy decided that right there on my nose looked like the best place to catch a nap). And I just made Trader Joe’s steel-cut-oatmeal-and-quinoa with maple syrup for breakfast, and it was both virtuous and wonderful.

It feels like an honest-to-goodness, school’s-been-called-off, let’s-go-make-snowmen-and-eat-pie holiday. I think I will actually make a pie in celebration.

Now, because all that had nothing to do whatsoever with these photos, let’s talk about this skirt for a moment. Kendrick says that it looks like a couch; I say that it looks awesome. And it’s actually a skort, which is – in my opinion – awesomer. And paired with fleece-lined sweater tights, it’s also more than warm enough for a day like today. (The leather jacket, maybe not so much…but I like it, and warmth is what leopard scarves are for.) 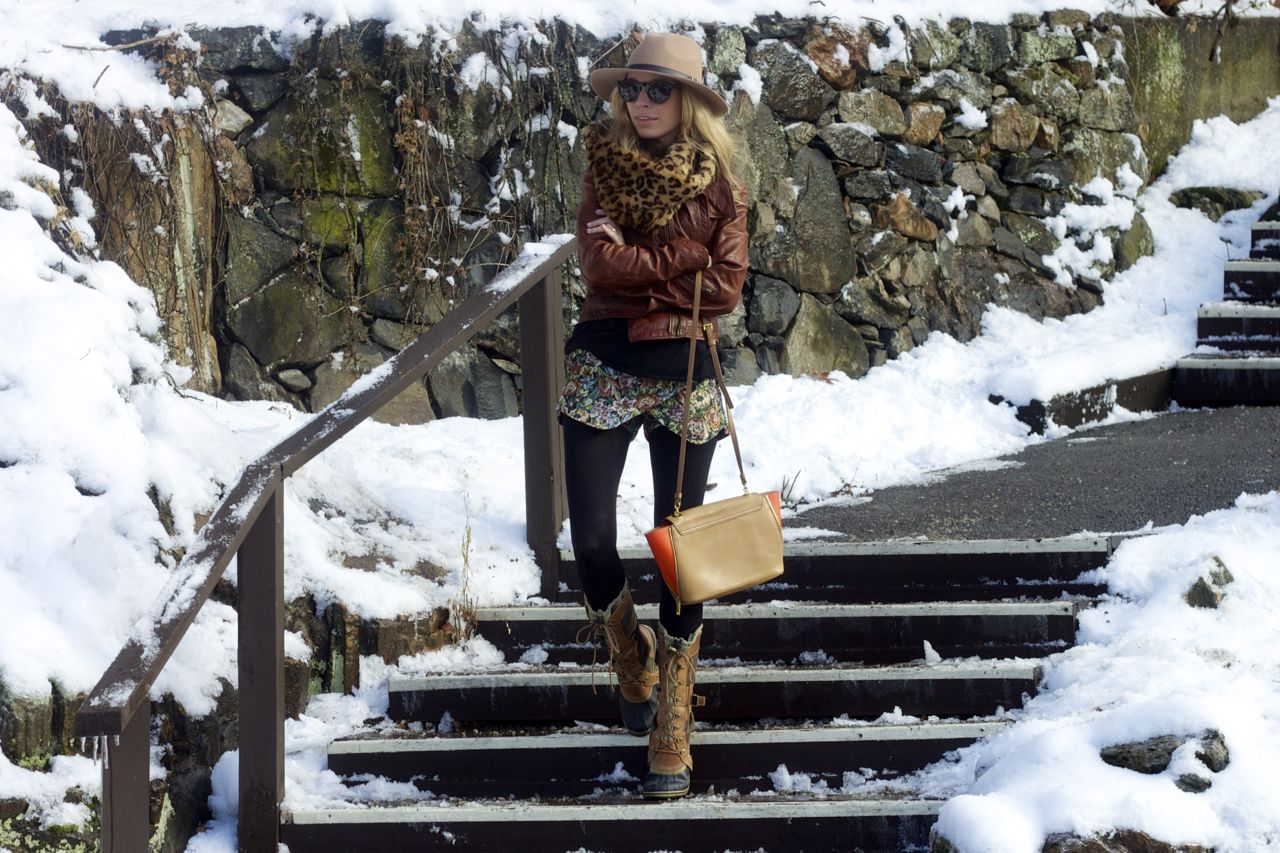 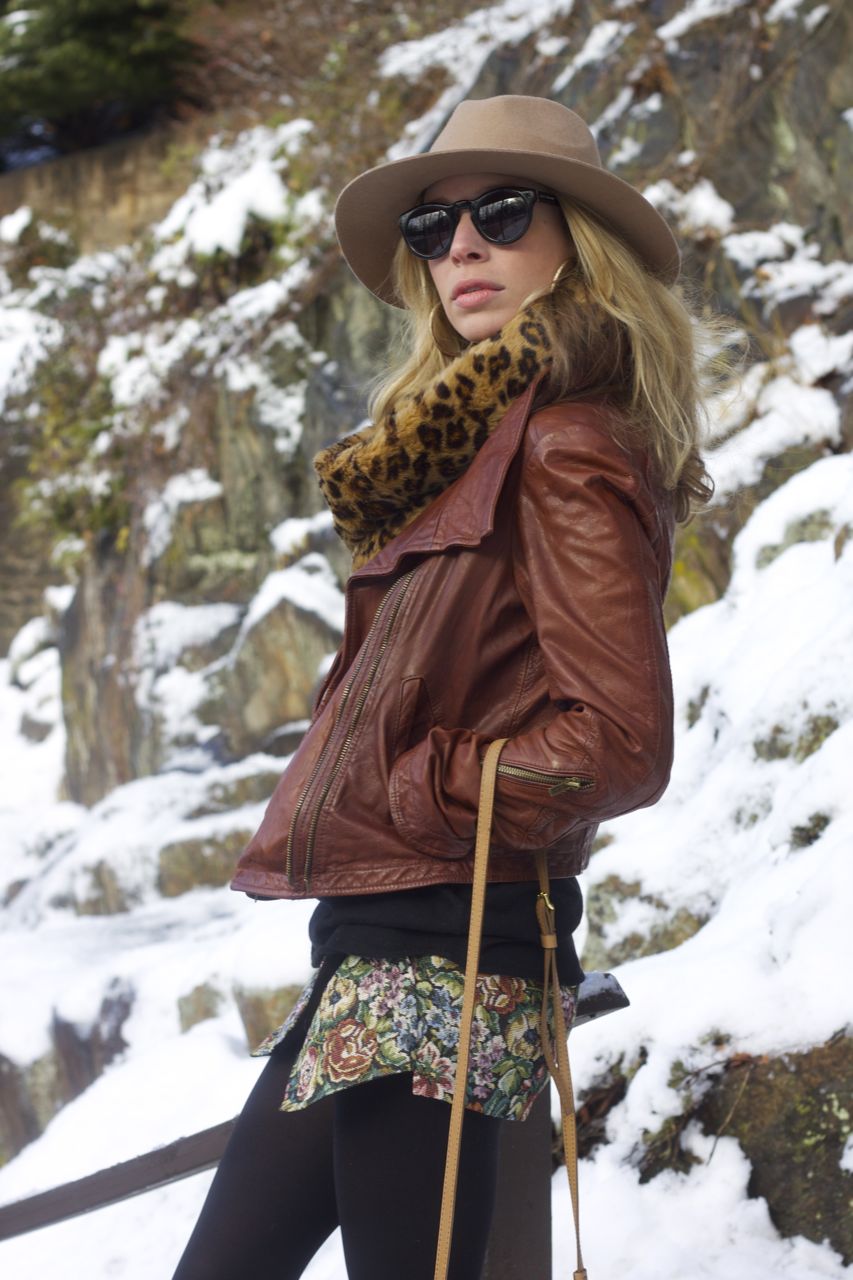 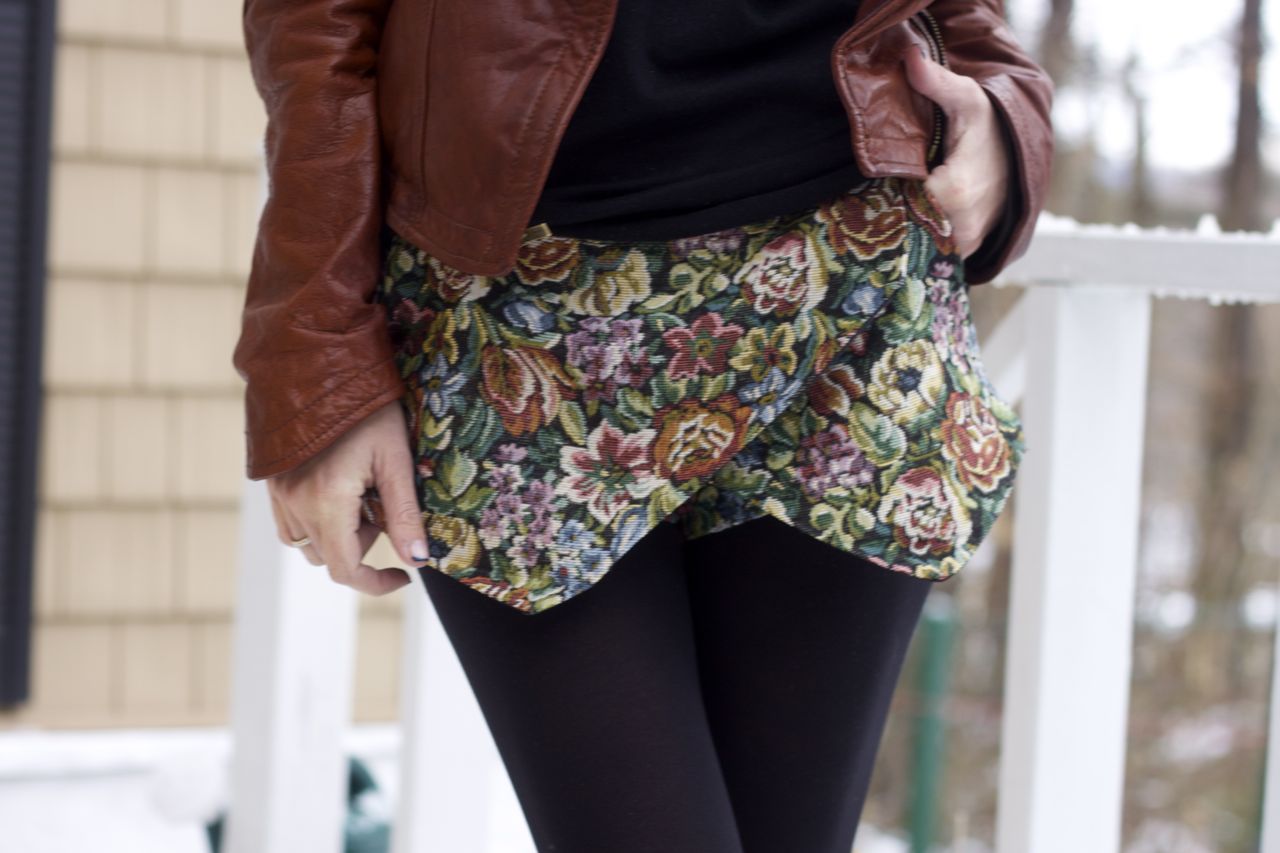 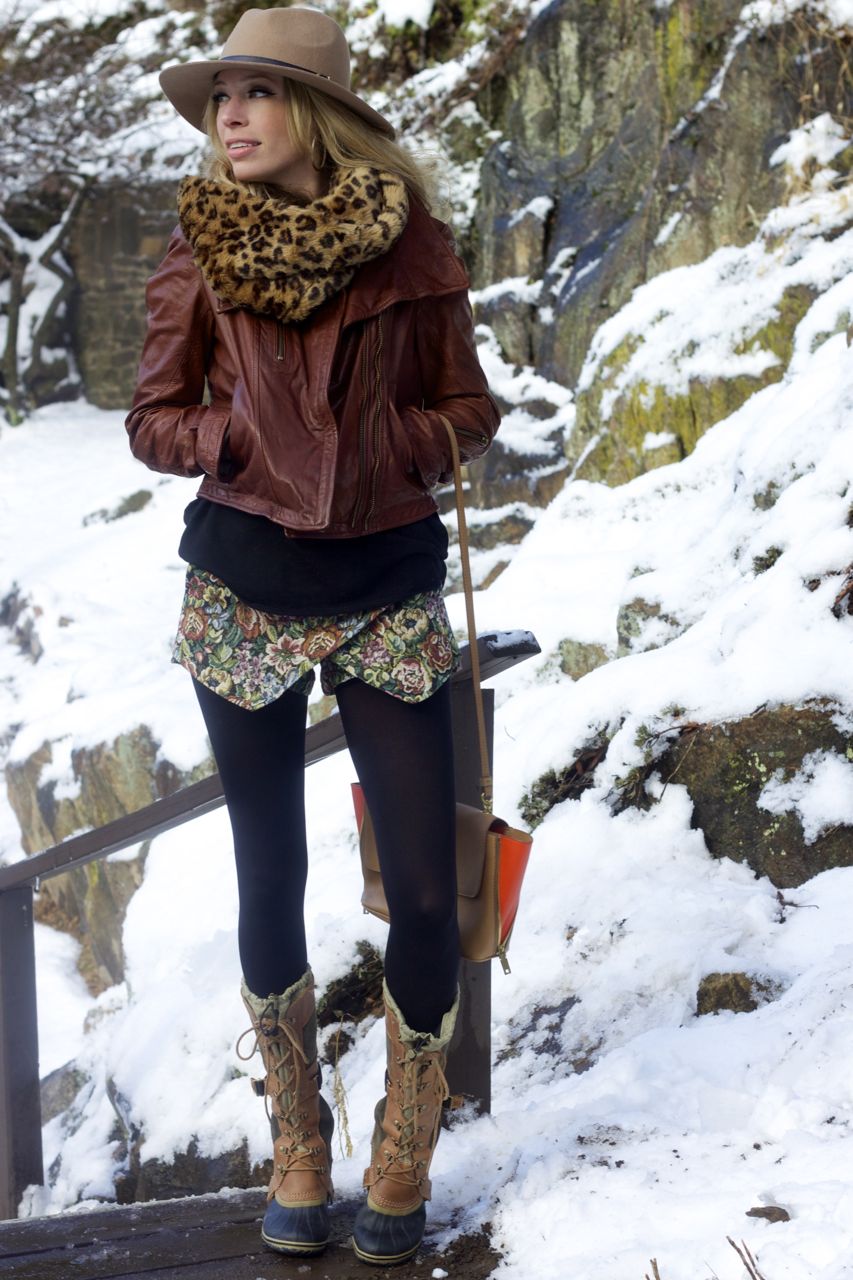