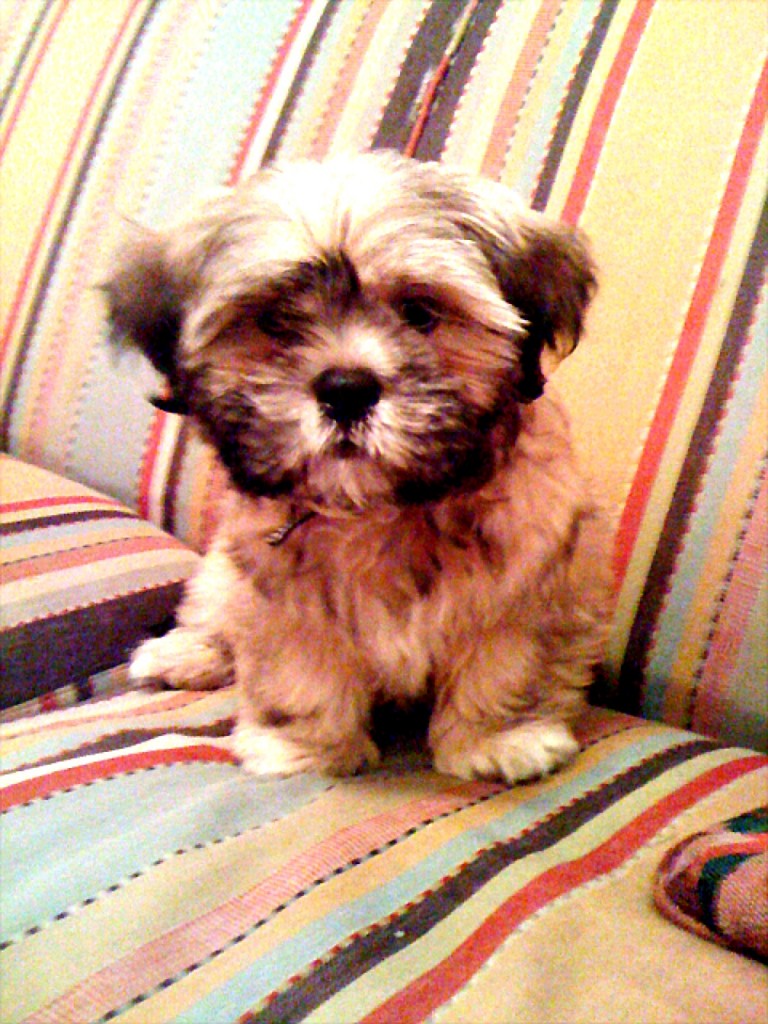 Every so often, I’ll throw on a funny hat or a particularly drapey sweater and Kendrick will double-take and say something like, “Huh. You look like Old You.”

Which I think may mean “You look extremely disheveled and a little weird.” Because, if you recall, for our second date I basically dressed like a cross between an Olsen twin and a Wookie.

I’m currently in the process of trying to organize my millions and millions of old photos into external hard drives, but it’s taking forever…because every time I start scrolling through my files, I come across pictures like this:

That is a three-month-old Virgil. 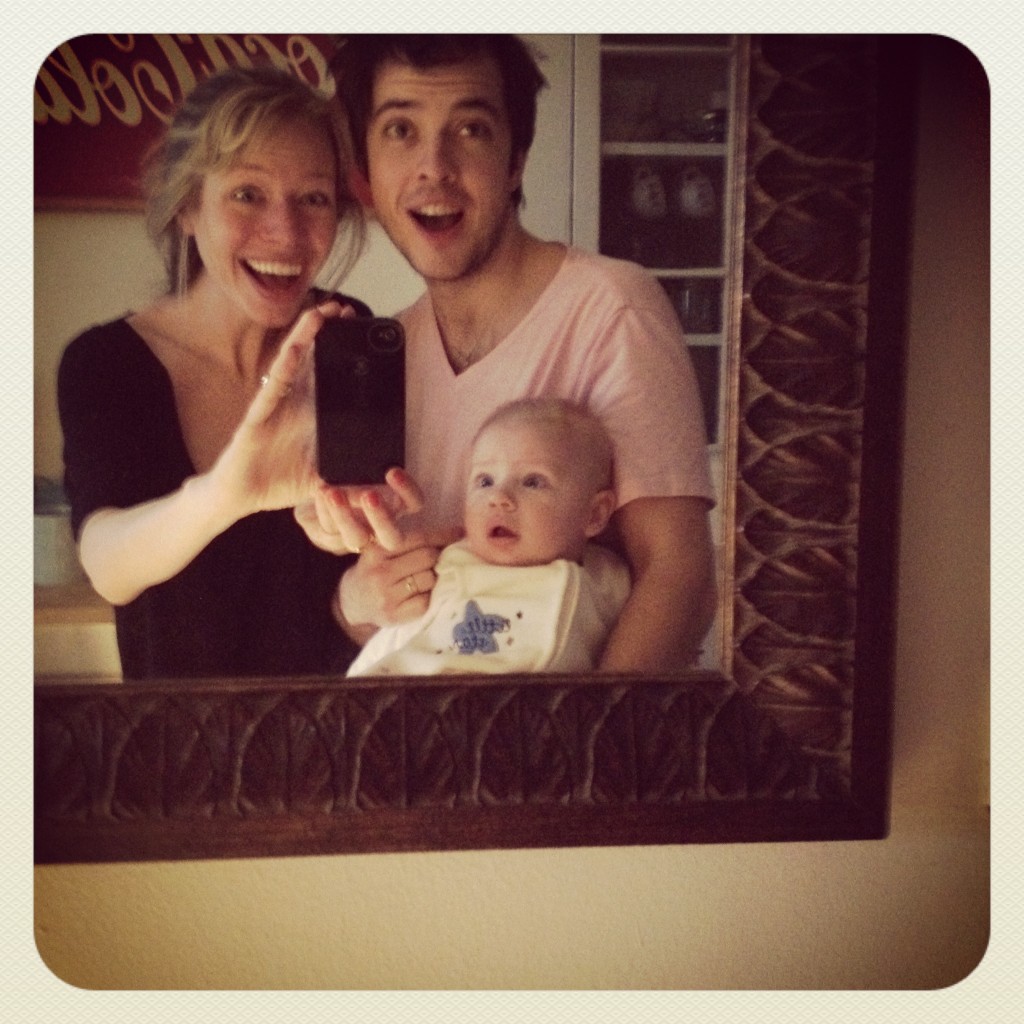 I’ve also been coming across tons of “what I’m wearing” iPhone photos from my early blogging days, which is both fun and mildly horrifying. 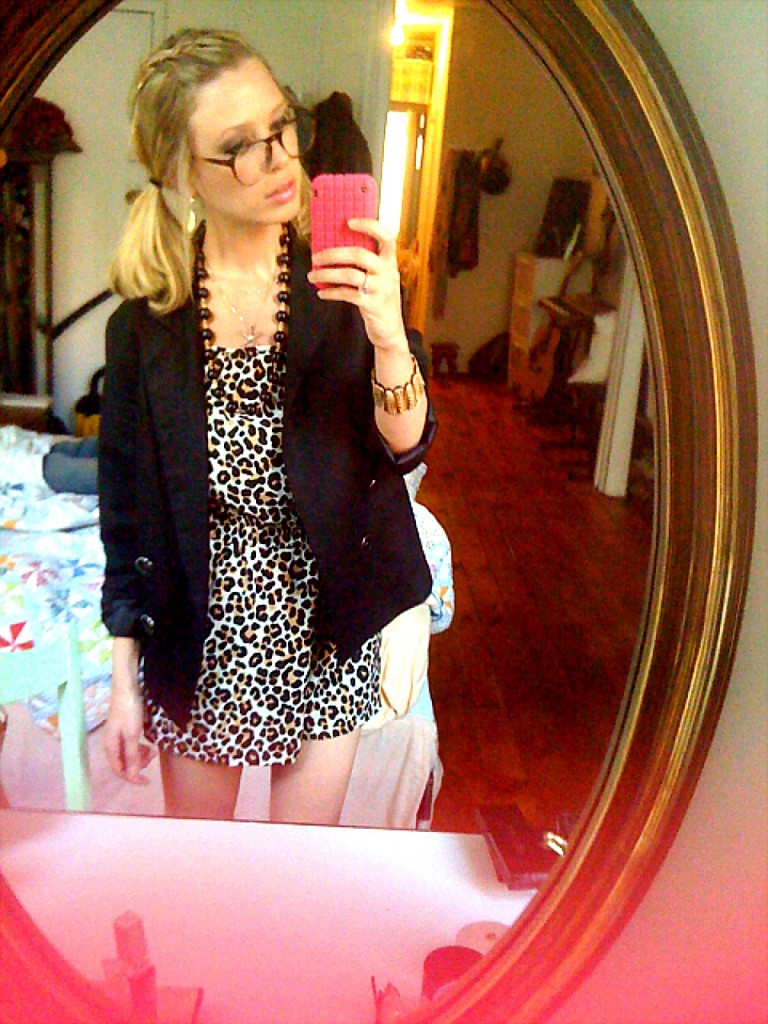 For example: I think I wore something like this romper-blazer-frosted lipstick combo for approximately two years straight. Oh my. 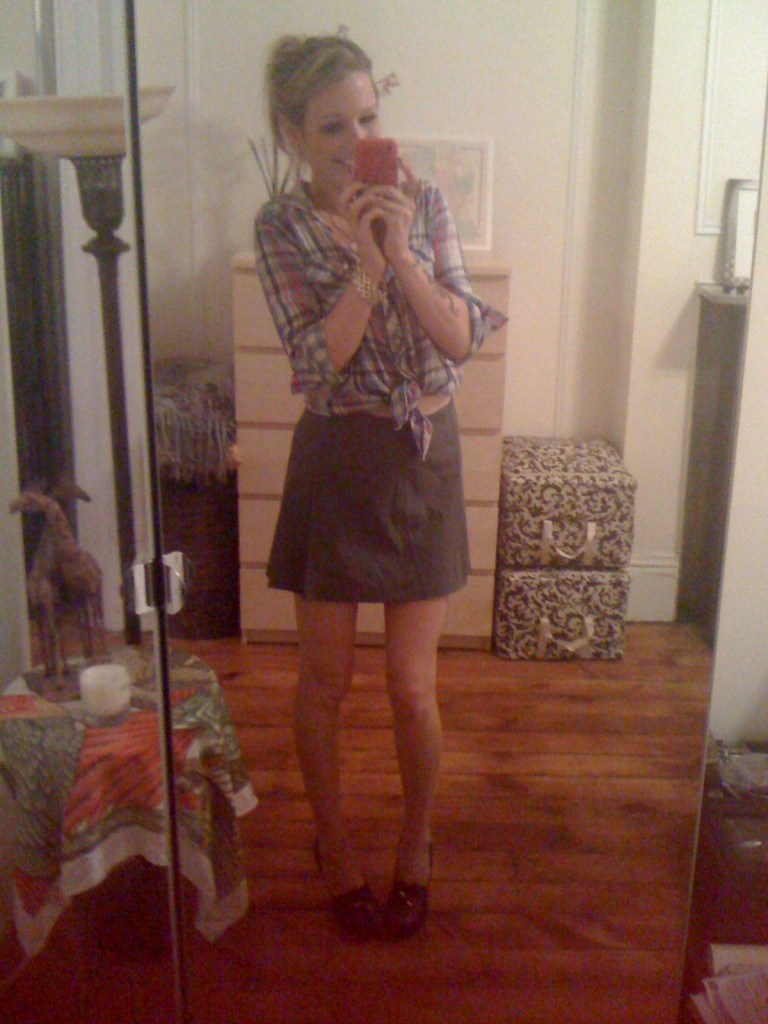 In my defense, I think I was actually trying to dress up in a Britney costume for this particular event. 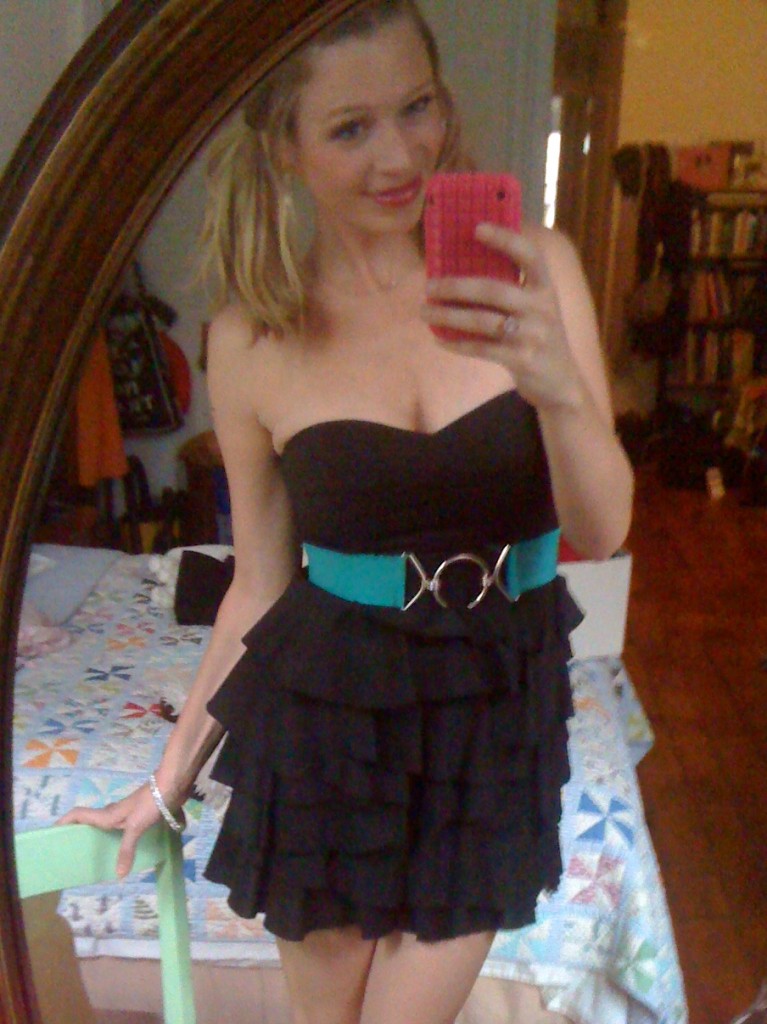 This makes me want to go back in time and hand my younger self a pair of pants. And a scarf. And a belt-eraser. 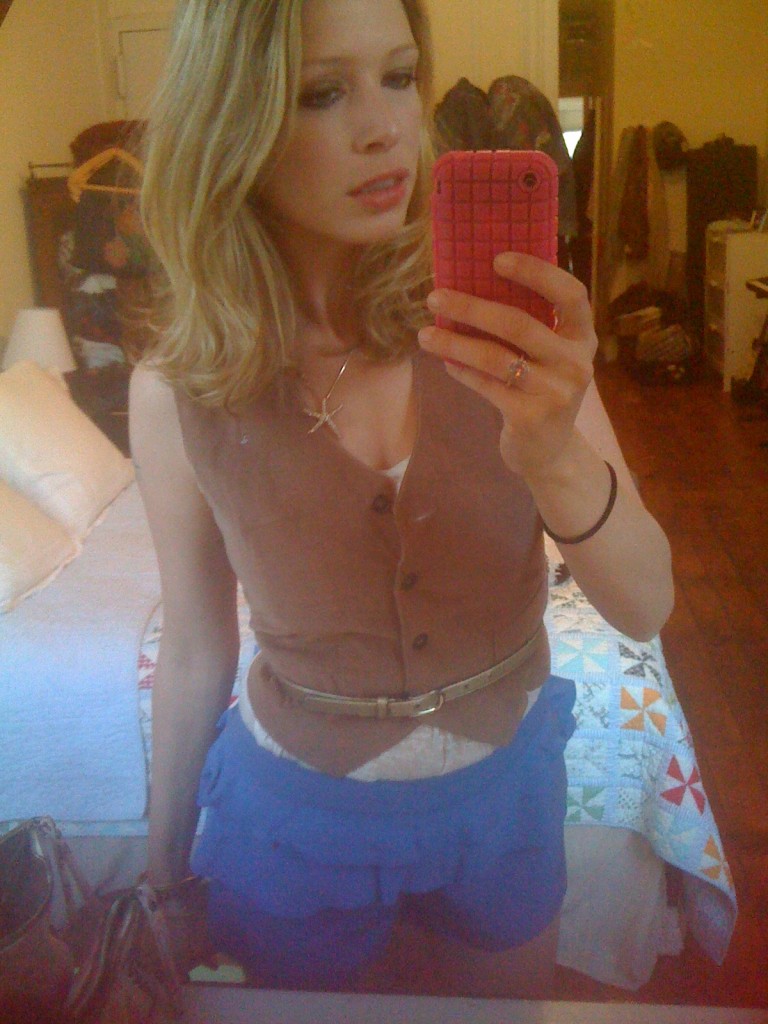 Despite the fact that I actually rather like this outfit, it’s not something that I would ever ever wear at this particular juncture in my life, mostly because a) I’m not sure that shorts with ruffles on the butt are a good look for my local playground and b) I seriously doubt that I could breathe in that belt.

I mean, look at that face. That is a not-breathing face. 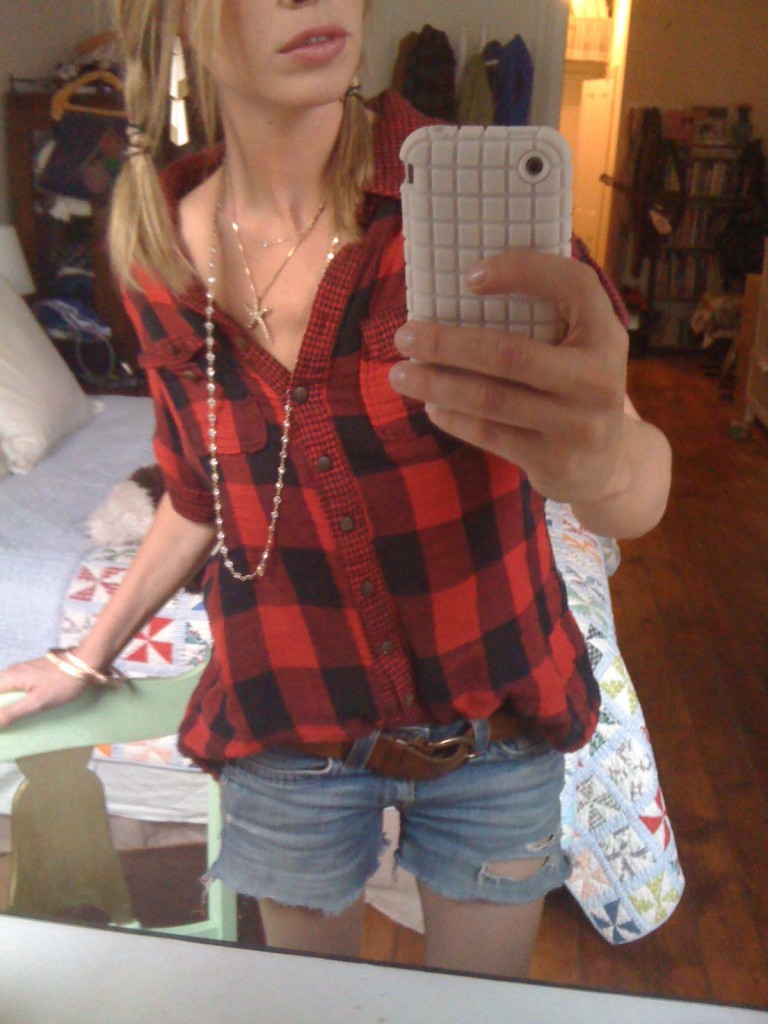 I no longer own a single one of the items pictured here – everything from the starfish necklace to the button-down to those shorts literally disintegrated from years and years of constant wear – but I still dress like this…every day, more or less.

And I also still, from time to time, enjoy dressing up like an Olsen twin and a Wookie. It’s nice to know that some things never change.