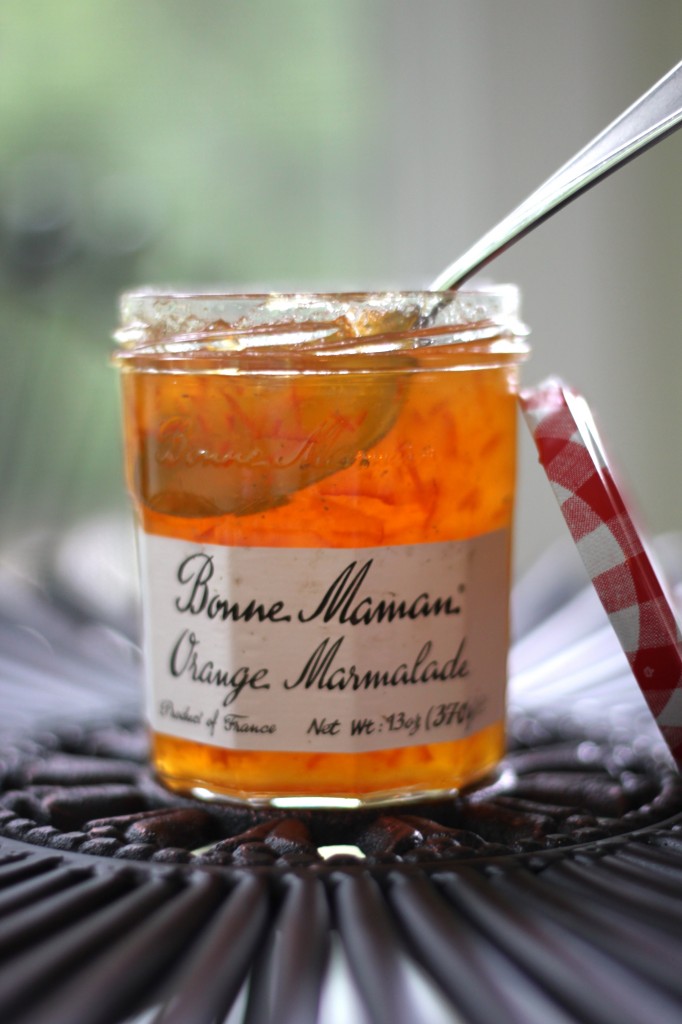 My slow-cooker doesn’t see the light of day a whole lot during the summer, partly because the kinds of meals I usually like to use it for (pot roast, ribs, stew) are too heavy for these hot days, but also because we spend a lot of time cooking and eating outdoors. And slow-cookers are an “indoors” kind of thing.

Still, though: when you’re pressed for time, there’s nothing like letting your kitchen go ahead and cook your dinner for you…and that’s what a slow-cooker does.

This recipe is inspired by one I found on Pinterest, and is sort of like a tangy twist on shredded BBQ chicken. I served it over rice (the steam-in-bag kind, because I’m lazy), but it would also be delicious piled onto sandwich rolls for a picnic. 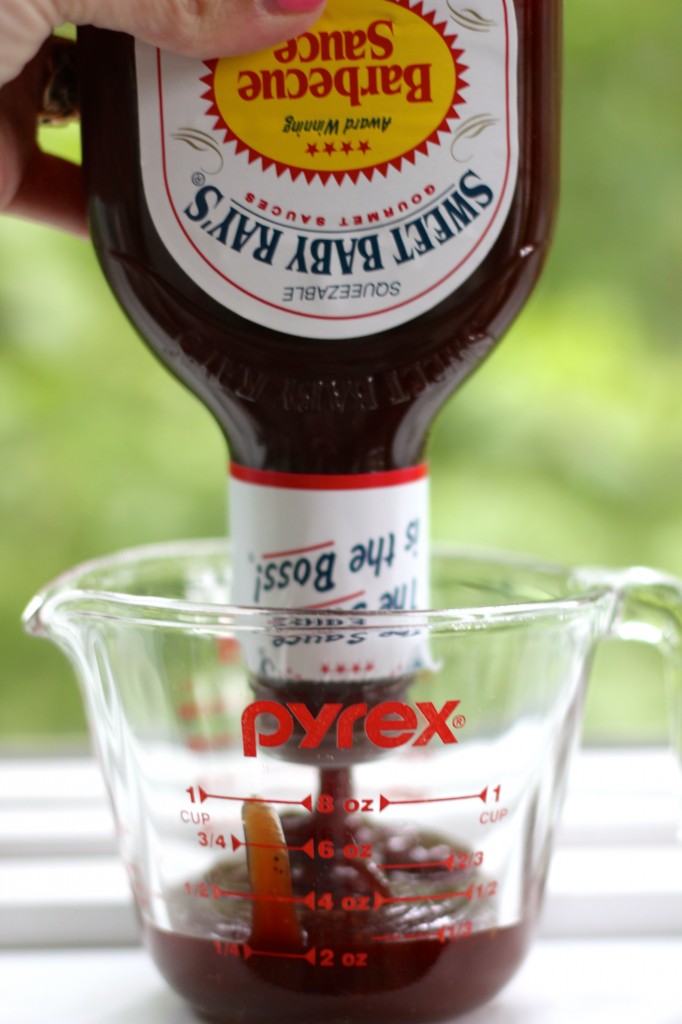 2. Place chicken, marmalade, BBQ sauce and soy sauce in slow cooker. Mix to combine and cook on low 6-7 hours, or until chicken falls apart when pulled with two forks.

3. Shred chicken, and serve over rice with scallions sprinkled on top. 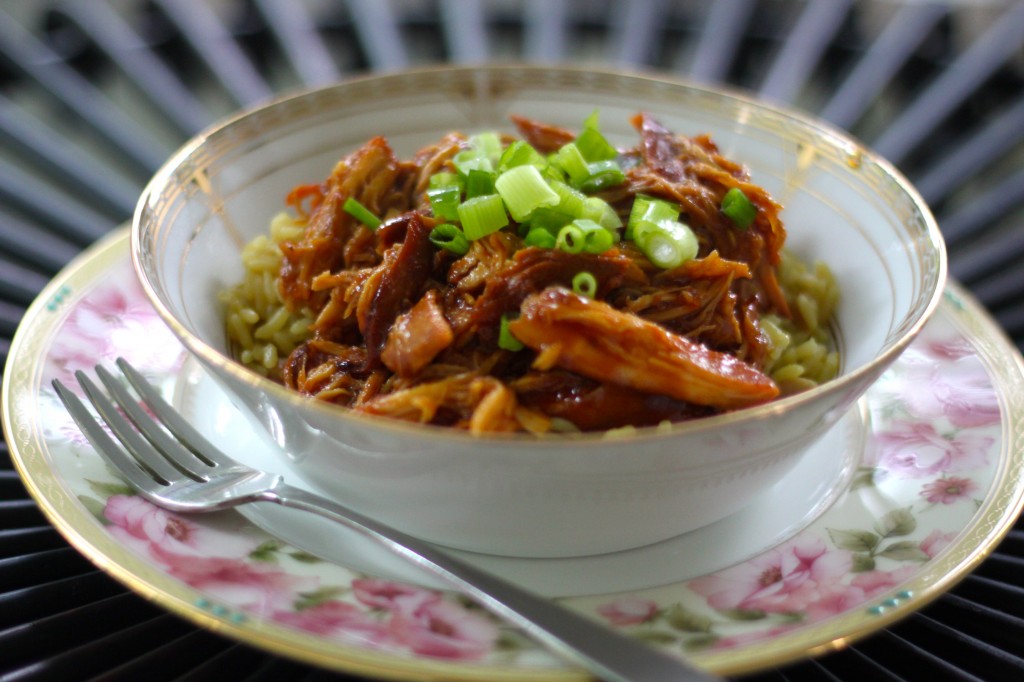 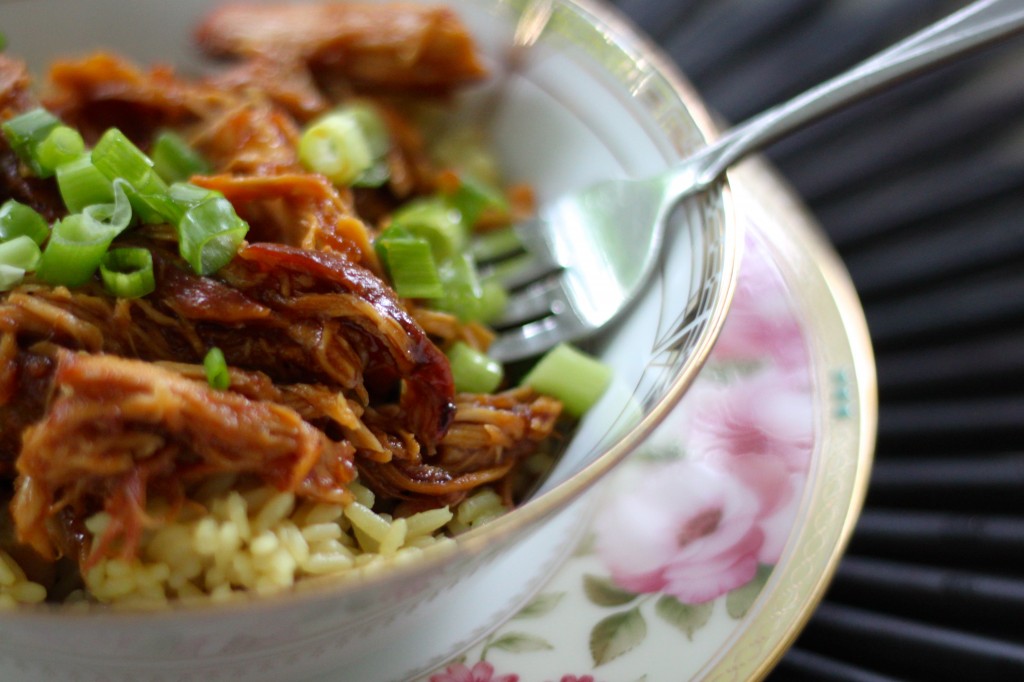 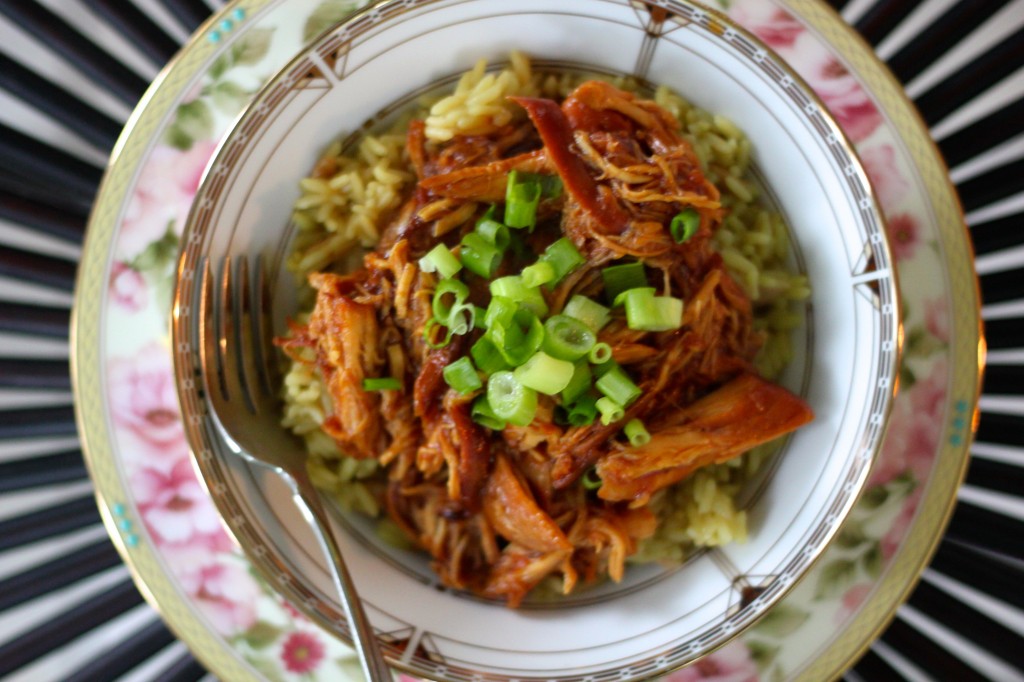