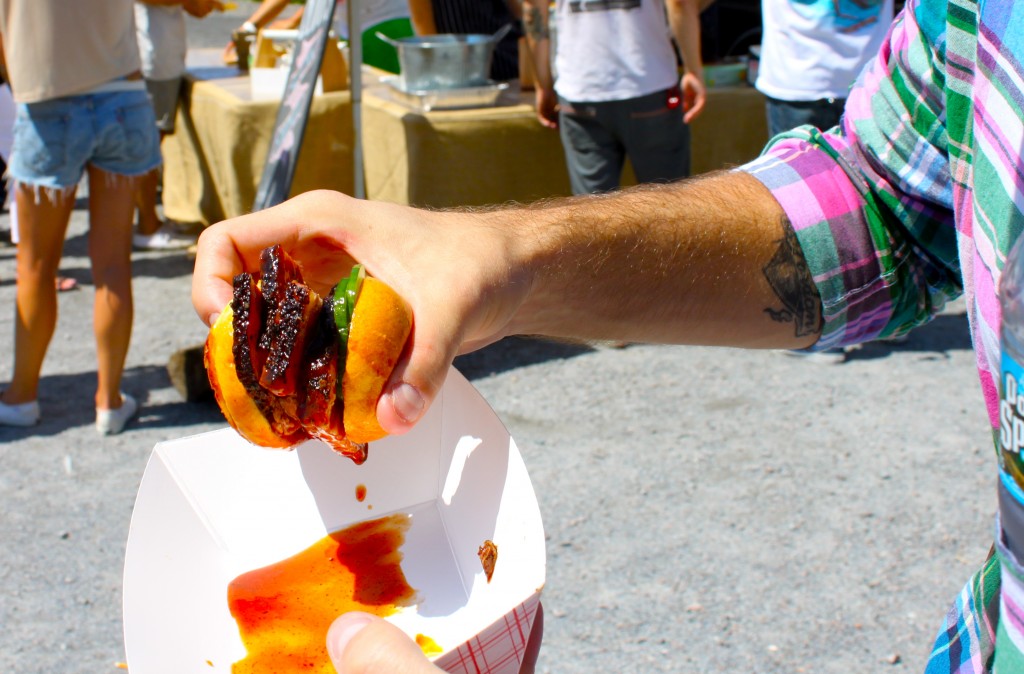 I can’t believe it’s taken me this long to get to Smorgasburg (the foodie portion of the Brooklyn Flea, open Saturdays from 9AM-5PM). What can I say? It’s been a lazy summer. And one filled with worries about long Port-a-potty lines.

But on Saturday around 1PM we finally made it, and quickly discovered that yes, everything about Smorgasburg is damn near perfect (including the grassy seating areas overlooking the East River).

Brisket sandwiches from Mighty Quinn’s (available in a still-meat-packed slider size so you don’t fill up too much to try other stuff). Be sure to get there early if you’re a brisket lover, as they were sold out by 2PM…and do not say no to the pickles. This is important. 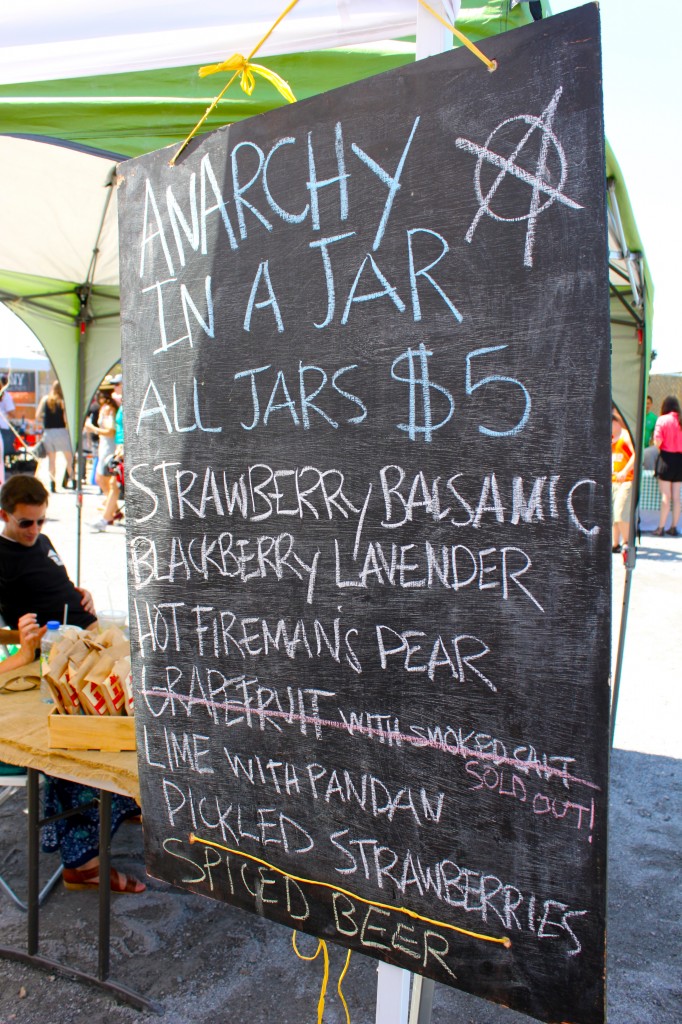 Blackberry Lavender Jam and Spiced Beer Jelly (each batch made with a different beer) from Anarchy In A Jar. Actually quite a funny place to hang out, as literally everybody who walked up to the table went for the Spiced Beer Jelly first, only to exclaim “It actually tastes like beer!” Everybody. Same exact words. Every time.

FYI, Anarchy In A Jar is also offering a Pickle Class on August 9th (Fort Greene, $40) – click here for more info, and here to find out where to order their jams. 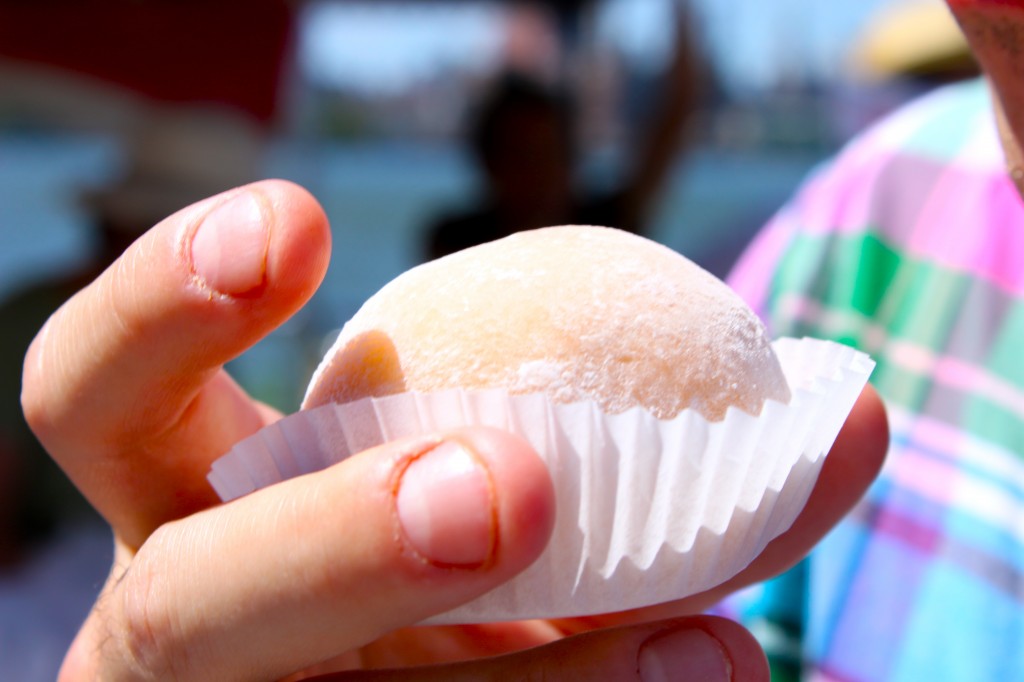 I don’t like mochi, but Kendrick had never tried it, so we went for the Coffee and Salted Caramel flavor. I still don’t like it, but was almost – almost – swayed by the presence of salted caramel. Eh, it still tastes like powdery gummy bear to me. Worth a shot. 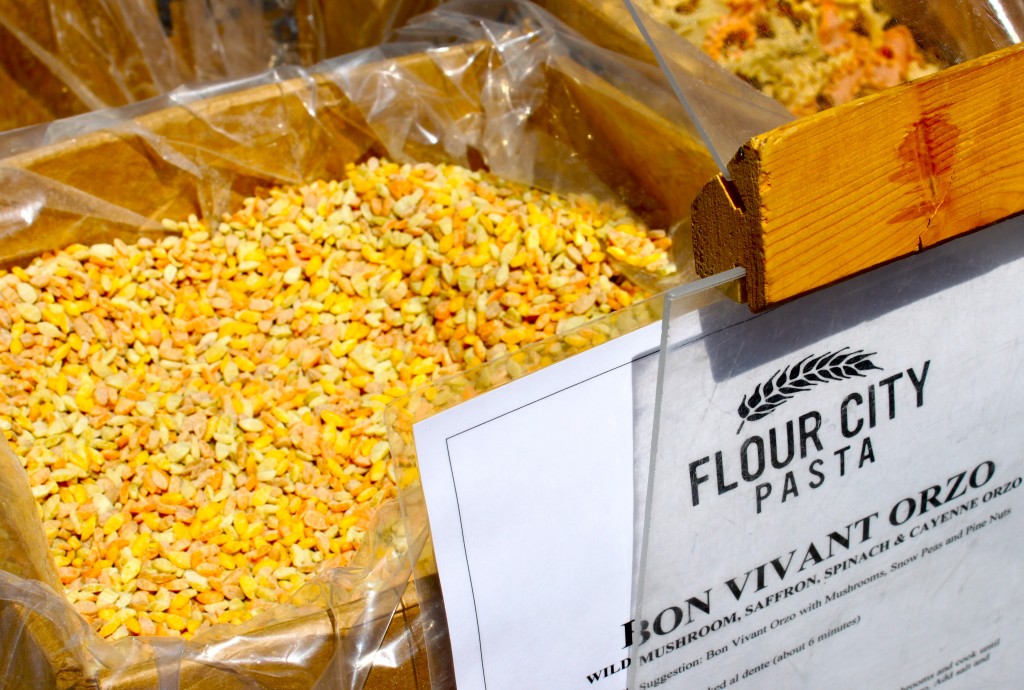 We also picked up a bag of homemade Lemon Parsley Mafaldine (a long and curly-on-the-edges pasta; I’d never heard of it, either) from Syracuse-based Flour City Pasta. They recommend that you make it with mushrooms, peas, and shallots; I’m on it, and will report back. 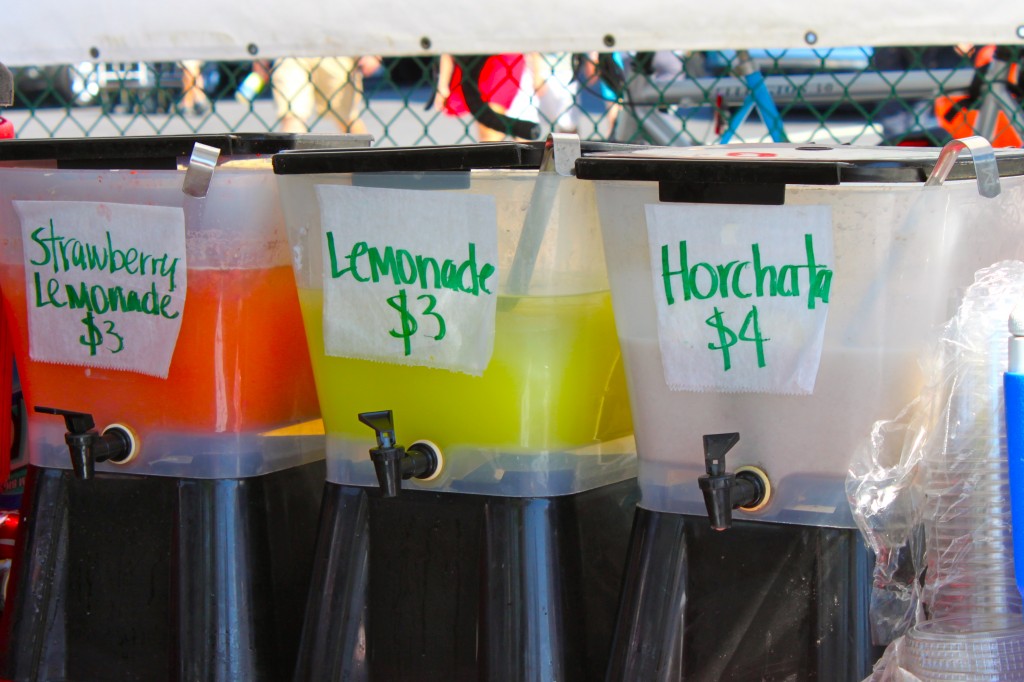 I’ve never tried horchata before, but while waiting on line for a strawberry lemonade spotted the sign and said something that, were I to overhear it coming out of another’s mouth, would probably have sent my eyes rolling into the back of my head: “Horchaaaata…oh yeahhhh…that’s a Vampire Weekend song, isn’t it?” Anyway, I figured after that little display of halfhearted hipsterdom I should probably try the stuff, and it’s so good: basically like liquid rice pudding, loaded with cinnamon and crushed almond. 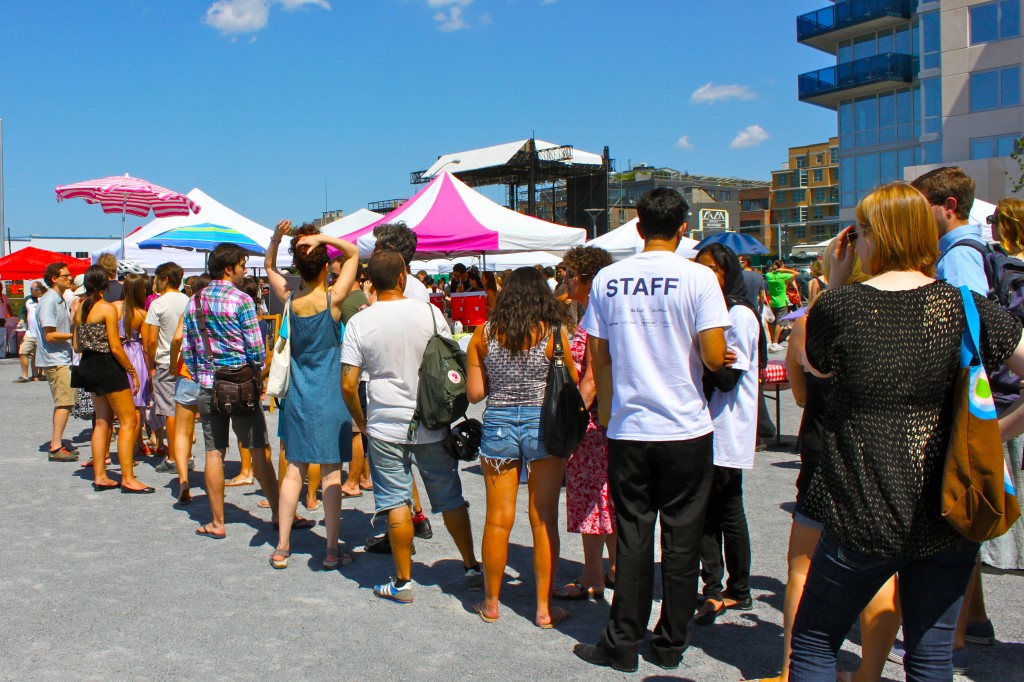 I didn’t know this, but what I do know is that if there is a line like that one up there, I will be eating whatever’s at the end of it in short order. 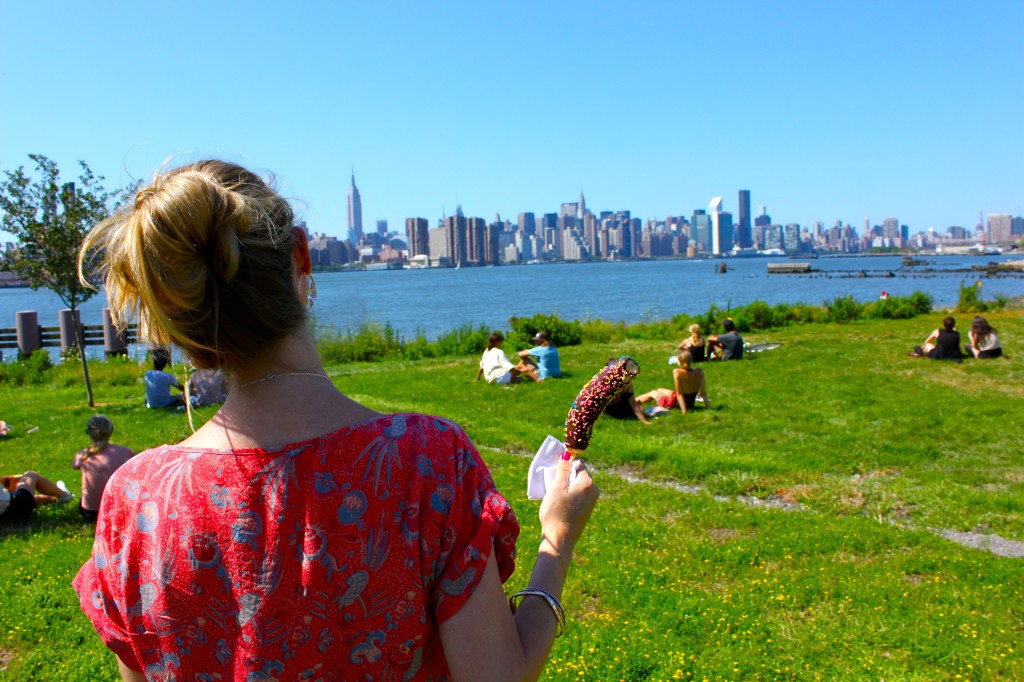 Which is exactly what I did forty-five minutes later (that was a serious line), while gazing out over the Manhattan skyline.

For a full listing of Smorgasburg vendors, click here.