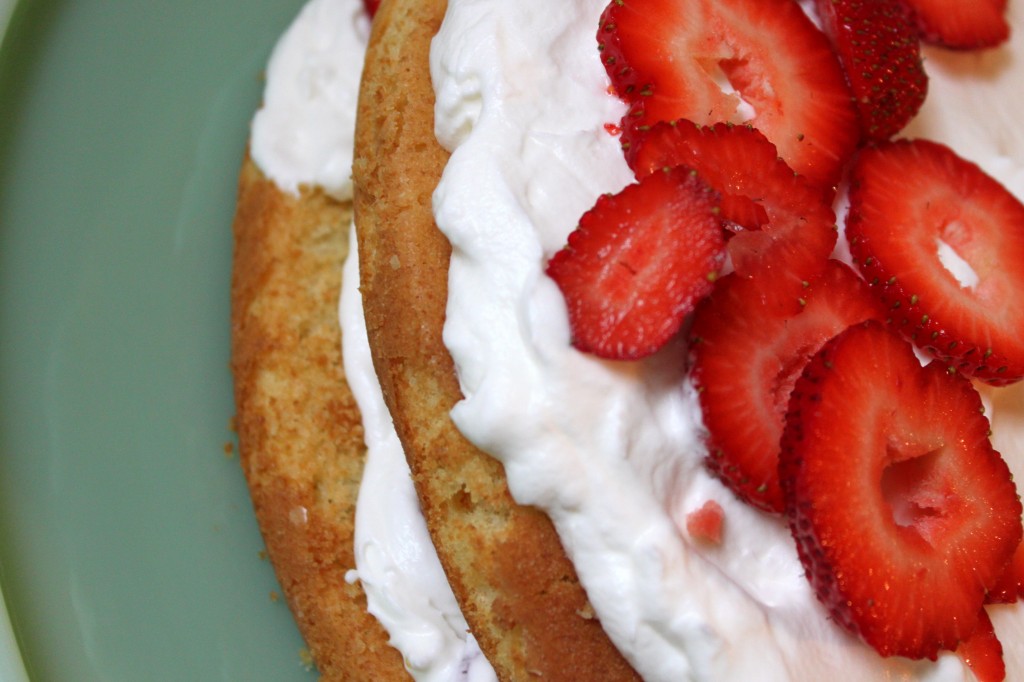 Once, when I was working as an administrator, I managed to up and lose the health insurance policy for the entire company. And by “lose” I don’t mean “oh jeez, where’d I put that booklet?”…I mean gone. Cancelled. Over. Because I had given the premium check to someone to mail without mentioning that it had to be sent via FedEx, and there was no return receipt…and…anyway, long story. But my point is this: I was never particularly worried. Sort of hysterical, yes…but not worried.

Because even though this was pretty much the worst thing I could possibly do in my capacity as an administrator, I had faith that everything would work out. Because it simply had to; there was no alternative. I got the health insurance company on the phone and told them, in essence, that we could either take a long time sorting out the issue and end up with it fixed, or we could go straight to getting it fixed…but either way, it was getting fixed, so it was just up to them how many hours they wanted to spend on the phone with an increasingly un-fun girl. And you know what they did? Fixed it.

There is nothing that cannot be made better; it is always just about finding a solution to the problem and making it happen, no matter what.

And this same philosophy applies nicely to cakes.

How pretty does that look? It might surprise you to learn that five minutes before this shot was taken, the cake looked like this: 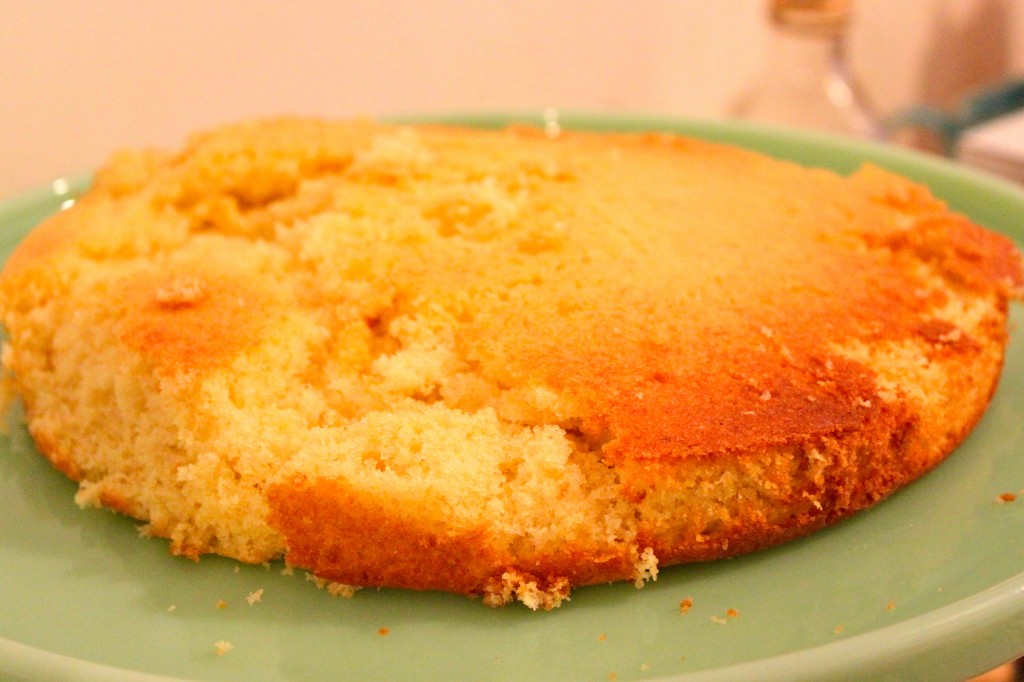 On Sunday, while fussing around online in search of  a great Easter-ish dessert to bring over to Mom and Dad’s, I came across a beautiful Martha Stewart recipe and thought I’d give it a shot, with a little twist or two. As you can see, things didn’t exactly go smoothly, but the cake turned out so delicious that it was completely gone within 24 hours (Francesca and I finished off the leftovers straight out of the Tupperware, forks in hand, the next afternoon).

What I did wrong with this cake was that I didn’t have parchment paper, so when I tried to turn out the cakes after they were baked, I discovered that they were cemented to the pan despite the fact that I had greased and floured them within an inch of their life. I ended up using a spatula to free them from their little prisons, and then patched up the sad spots with some extra whipped cream and heavy-handed strawberry-decorating. (Alternative fix: use a cookie cutter to cut out shapes and then top each with whipped cream and a whole strawberry, making little cakelets.)

So: if you make this cake, just go ahead and use that parchment paper. Martha sometimes (usually) does know best.

1. First, preheat the oven to 350F. Then butter the bottom of an 8″ pan and – this is key – line it with parchment paper. (I actually used two 8″ pans and divided the batter between them so I didn’t have to slice the cake in half later; that’s up to you, but adjust your baking time accordingly). Butter and flour the sides.

2. In a medium bowl, whisk together flour, baking powder, and salt.

3. In another bowl, use an electric mixer to combine the butter and 1/2 cup sugar until fluffy. Add the eggs and yolks one at a time, beating thoroughly between each addition. Beat in the vanilla.

4. With the mixer on low, slowly incorporate the flour mixture and the milk, alternating between the two but beginning and ending with the flour. (I folded in a little lemon zest and a squeeze of lemon juice at this point, as well.) Spread the batter into the prepared pan (or pans) and bake 30-35 minutes (less if using two pans; use the toothpick test to check for doneness).

5. Let the cakes cool 10 min, then turn out onto a plate and let cool thoroughly before slicing the cake in half horizontally if you just used one pan. Place one half, cut side up, on a cake plate.

6. Now, the topping. In a small bowl, combine your thinly sliced strawberries and 1/4 cup sugar (I also added a little squeeze of lemon). Set aside.

7. Place 2 tbsp cold water in a small saucepan. Add the gelatin and let sit to soften 5 minutes, then turn the heat to low and stir until gelatin is dissolved. Remove from heat and let cool. 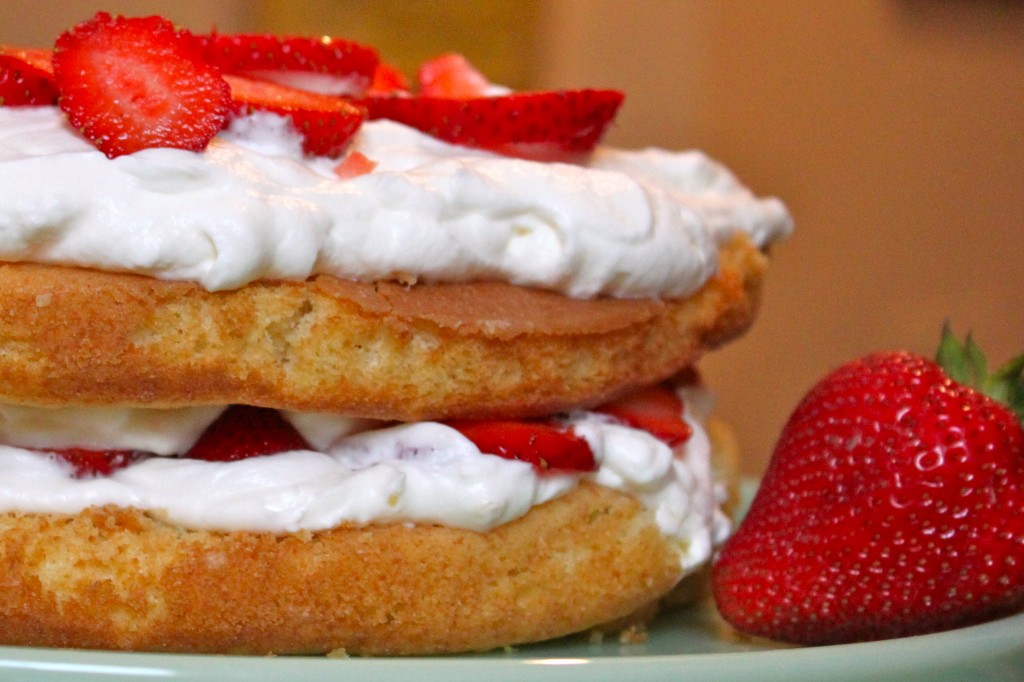 P.S. Can you tell that I’m slowly turning into a strawberry?

I don’t know what it is; I just can’t get enough of them.