On the Slope / Shots From The Set 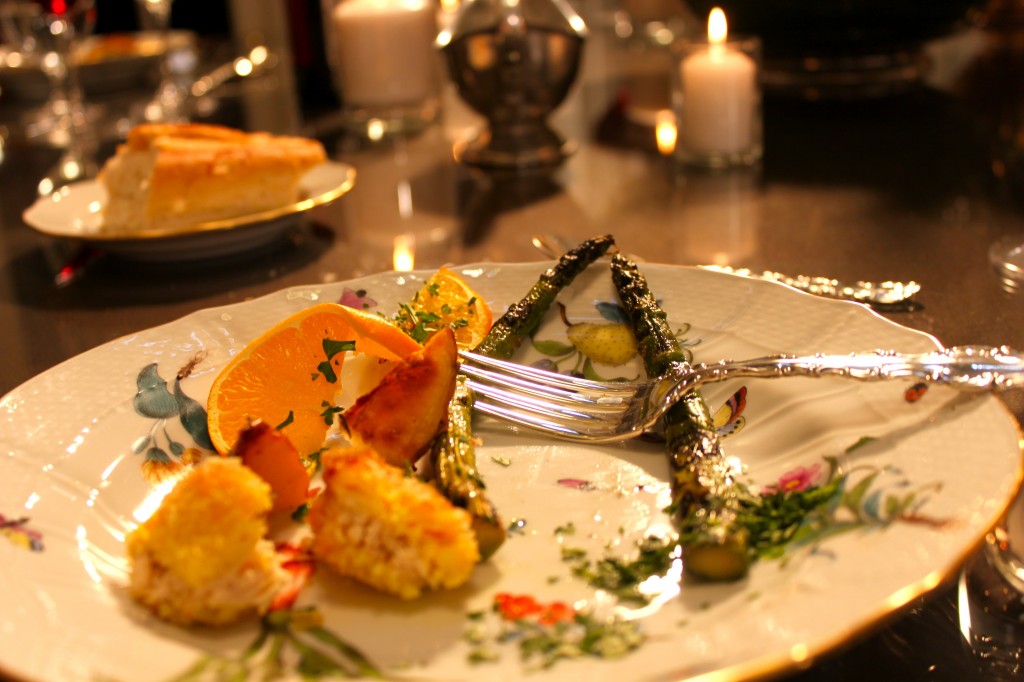 Yesterday I shot a small role in an indie movie, On the Slope. The film is a dramatic thriller “about a young couple who move into their dream home and end up nearly destroying their marriage and their lives.” The cast and crew were all absolutely wonderful, and I can’t wait to see the finished product.

Returning to the world of acting, if only for an afternoon, was an interesting – and slightly nostalgia-inducing – experience (the last time I acted was nearly three years ago, for this project)…but I still don’t regret my decision to switch up my career path. I love acting, but I don’t love everything that comes with acting: basically, everything save for the actual “Whee I’m on a set!” part. (If you’ve been around here for awhile you’ve probably read about some of the events that led up to my departure from the industry, but if you’re new and you’re interested, click here.)

Scenes involving eating are always a little awkward, both because of logistics (for example, you need to work the chewing thing around your lines and need to ensure that those millions of little parsley specks you see up there aren’t lodged in your teeth when you smile), and because of continuity (if you take a bite during Jane’s line, you better be taking a bite during Jane’s line for every single take…which can add up to a lot of bites). Fortunately, the scene we were doing yesterday took place after dinner was more or less over, as you can see, so the only thing I consumed was “wine” (cranberry-grape juice).

I once did a commercial for KFC that really crystallized why eating on-screen can be so awkward: you simply can’t do it for as long as you’re required to when you’re doing take after take after take…especially if you’re supposed to be taking an enormous, enthusiastic bite of, say, a KFC Crispy Chicken Caesar Wrap. One bite = quite good, actually. Fifty bites = bad bad bad. There was even a guy on the set whose actual job was to hold a spit can into which I deposited semi-chewed hunks of Crispy Chicken Caesar between takes. I felt terrible about all this, as you can imagine, and gave him a big “I’m so sorry that was so gross” hug at the end of the day. 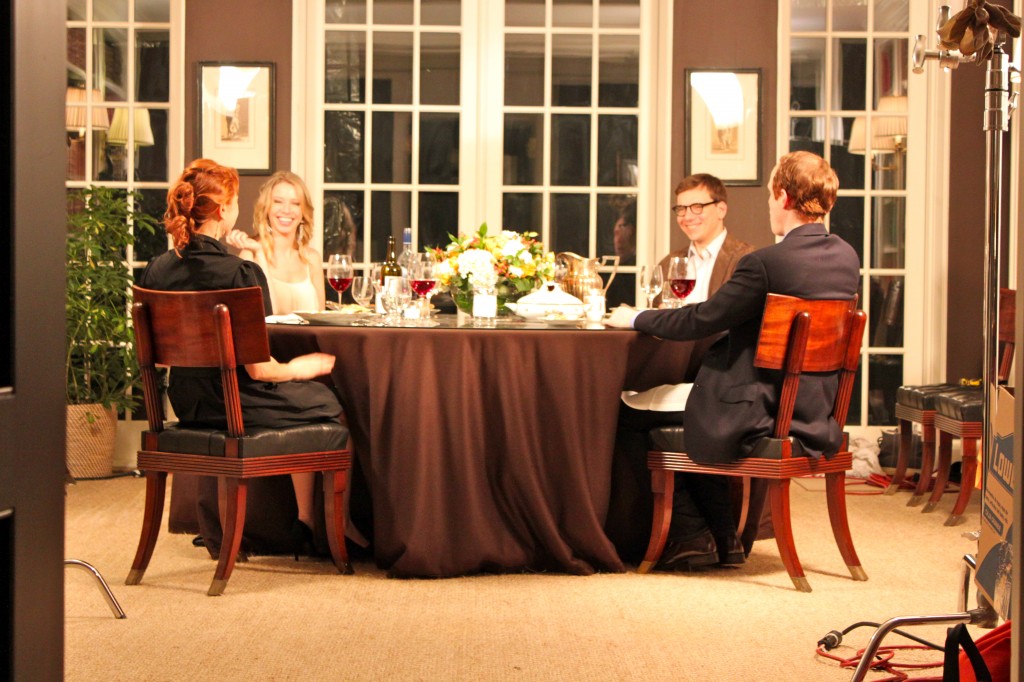 Clockwise from left: Marguerite, me, Jadrien Steele (the director, and also the male lead), and my “husband,” Sean.