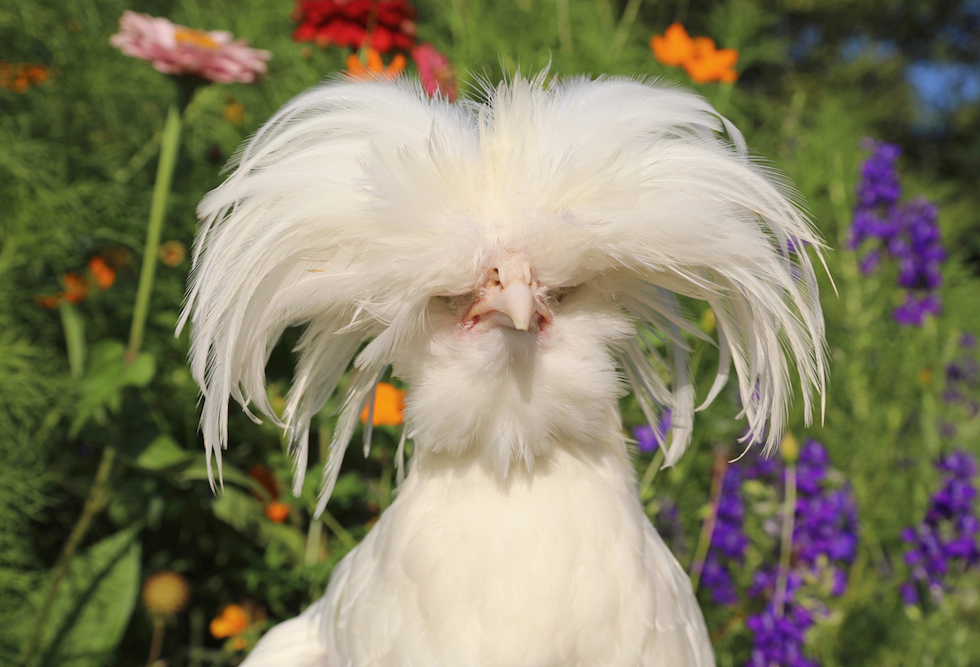 I have always, despite any supporting evidence whatsoever, been wholly convinced that – if put to the task – I’d be fully capable of giving someone a decent haircut. I mean, I’ve gotten my hair cut! A lot! Doesn’t that qualify me to take on the role of a actual trained human whose actual profession is haircutting?!

Yeah, so the first real haircut (apart from the baby years) I gave my son didn’t go so well. I thought it was okay, or at least okay-ish, but then he arrived at my house a few days later with markedly different hair. Kendrick, it appeared, had been a little bit horrified by the state of his son’s head and had taken matters into his own (or, rather, a professional’s) hands.

But now we’re in Month 5,295 of quarantine. All of our hair is looking a little worse for the wear (omg my roots omgggg), but my son really wanted a haircut, so I figured: OK, time to try again. This time, however, I prepared – by which I mean I purchased actual cutting shears rather than using whatever I found in the kitchen.

Not just any shears, though – these‘. They’re texturizing shears, and then help you get that finely layered look on short hair that you just can’t get with regular scissors.

Now, I wish very much I had taken a for-real “before” pic, but you can pretty much see where we were at here – and honestly, I thought this little experiment wouldn’t go well enough to write about. Suffice it to say this is what came off my son’s head last night: 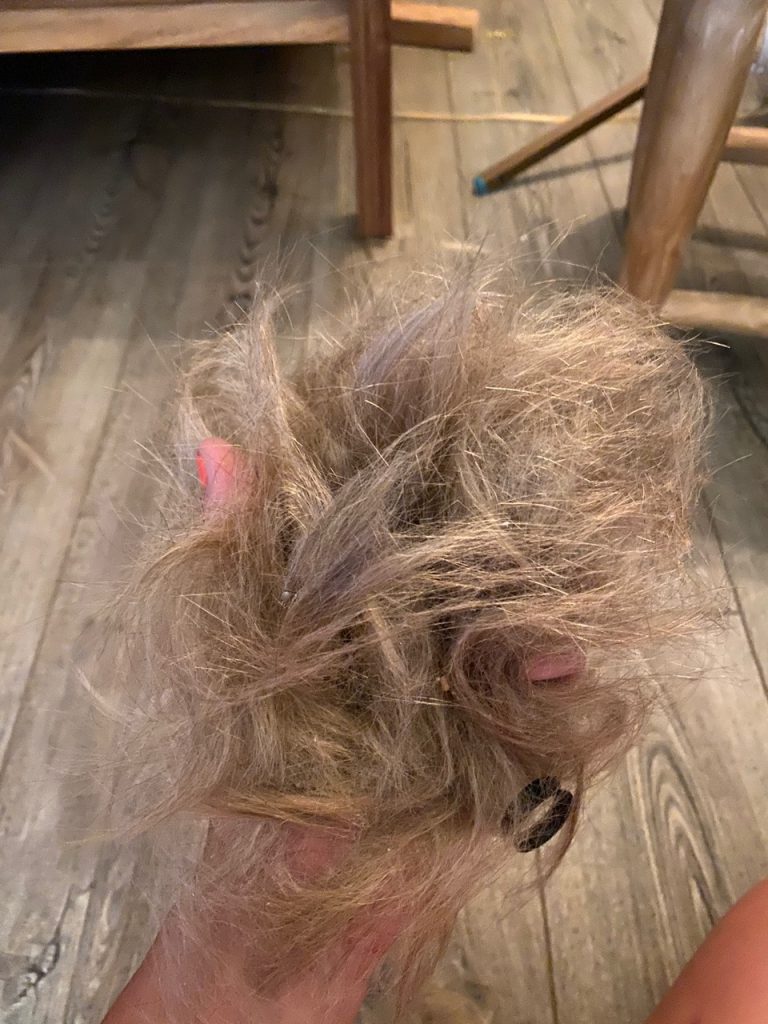 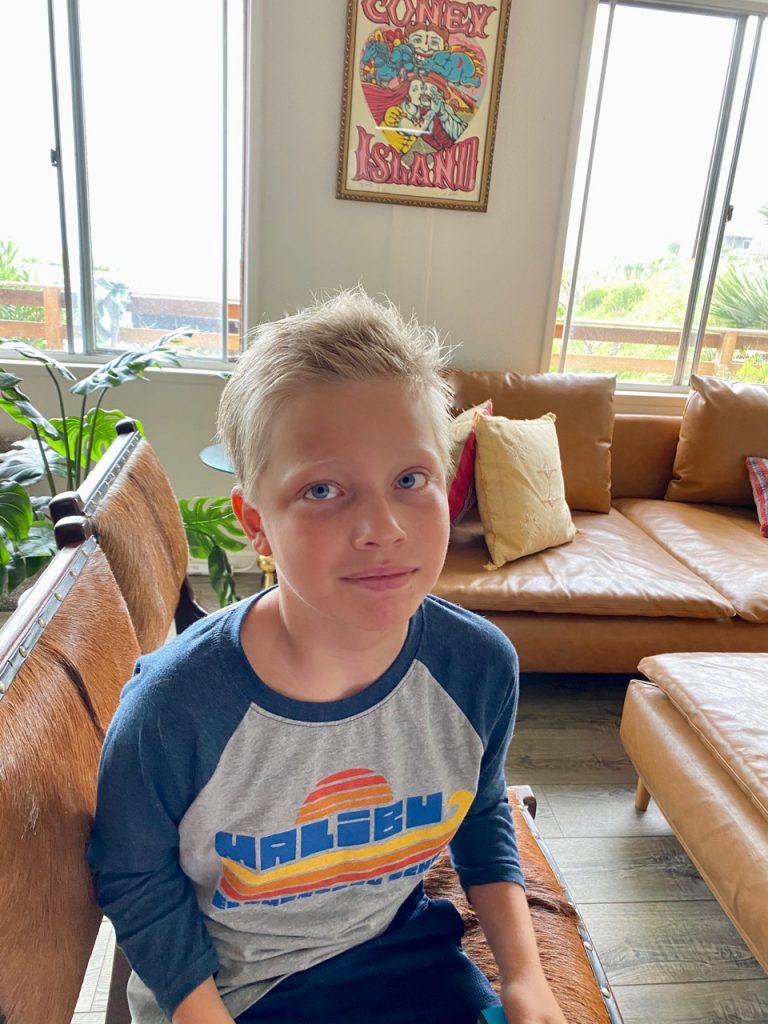 He has really fine, light hair that shows ever single little cut, so having the ability to create a layering effect was a game-changer. 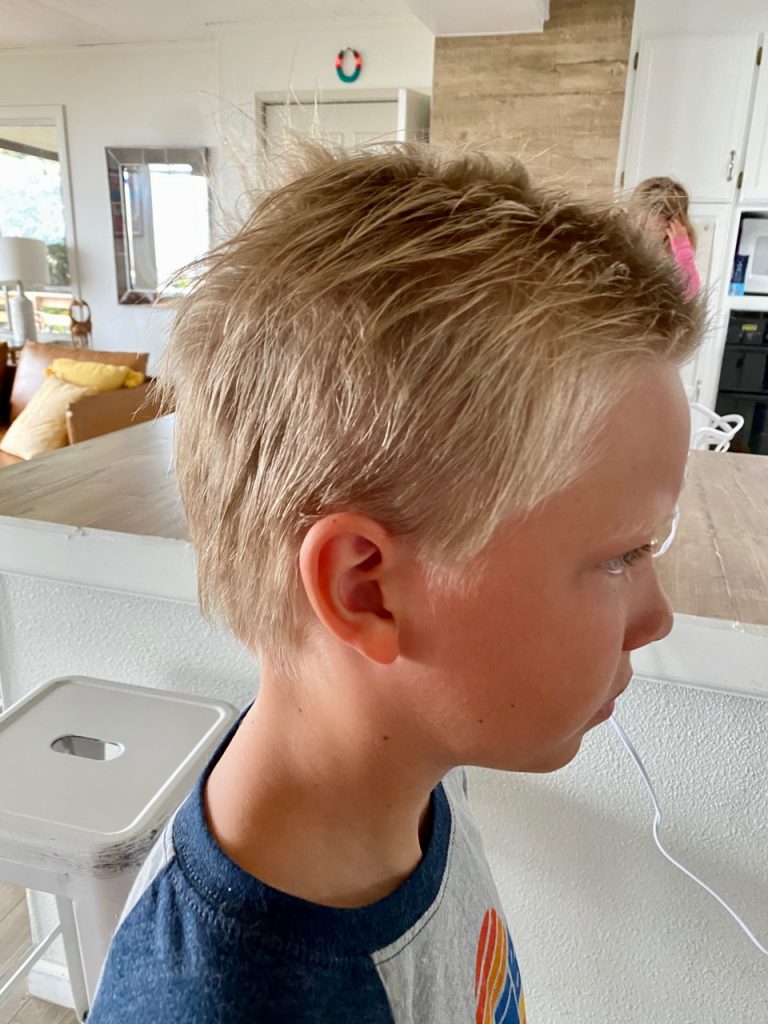 He’s had that cowlick since he was a baby and it always makes me swoon.

(Will Kendrick approve? Only time will tell.)