The Choices We Make 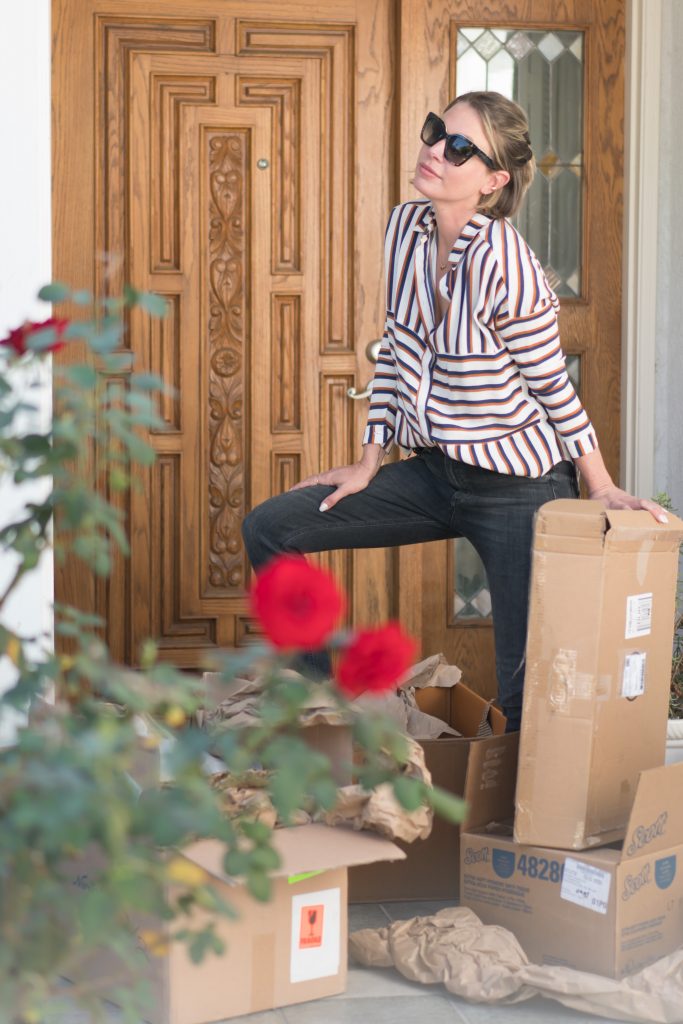 Not quite so far this time – and with considerably less drama, thank god.

But no matter how you slice it, moving an entire household filled with assorted children, pets, and board games requiring the wrangling of 10,000 extremely small pieces (I hate you, Risk) all by yourself…it’s exhausting. I am exhausted. And excited, because this move is a good one for virtually everyone involved (except maybe Lucy, who DNGAF where she is, because she is very busy napping).

You may have noticed that I spend a lot of time in Malibu – it’s because the clientele for the marketing business I’ve been building over the past year is largely based there, so I’m constantly hopping over the hill for meetings and shoots and such. Which is why, when my landlords told me that they’d like to sell the house that I am currently living in, that unfortunate discovery also coincided with a very fortuitous one: A friend of mine had a house for lease for the same price I was paying for my current home, and I was welcome to move in on the day that my own lease ended.

Did I mention that it is overlooking the ocean?! ‘Tis.

This decision wasn’t made lightly, as I’m sure you might imagine – it’s been a full-family discussion for a couple of months, but Kendrick and I ultimately decided that it was a good choice for all of us. He’ll be able to live significantly closer to his own workplace, which is great – but it was the school that sold us. Our current school is good, but it’s just not even close to competitive with the resources that the public schools have in the new district: We’re talking things like a full-time art teacher, full-time science teacher, wellness programs, instrumental music twice a week, and so on.

Oh, and there’s an aquarium.

Yes, you heard me: There is an aquarium. In the school.

Plus there’s the issue of safety, which is a big one for me: Our neighborhood has had some break-ins (including my own), and at the new place I’ll be in a gated community (I know, #fancy) with virtually zero crime. The houses are all close together, people use golf carts to get around instead of cars (!), and there’s tons of kids, all barefoot and sandy and running back and forth to and from each other’s houses like a hippie version of Pleasantville. And while the house is way smaller than the one I’m in now…honestly? This house is way too big for just the three of us. And we’ll have the beach as our backyard.

In other words, this is sort of a magical unicorn of an opportunity.

Which isn’t to say I’m not conflicted about moving again, only a year after we landed in this house (I almost wrote “terrified,” but as I said, we are working on chilling out with the hyperbolic drama over here). I’m renting again – albeit with a plan in place to hopefully buy within a couple of years – and I don’t love that sense of instability. And it’s Malibu. I don’t know that I’ll ever be able to buy a home in Malibu. Which means I may be renting for the long term, which may mean more moves in our future.

…But how I feel now – excited, overwhelmed, worried about problems that may never come to pass – is also how I felt before we moved to Westchester. And then Silicon Valley. Those leaps were scary ones to make, but we said yes anyway. And then we said yes to the next thing, and the next.

I grew up in the same house from age two; my parents live there still. They don’t understand where my wanderlust comes from, or why moving isn’t just something I’m okay with, but something I actually love.

Because I do love it – I love the opportunity to try on a new space for size, make it my own. But I wonder whether my children will be the same way – whether they’ll grow up and crave the adventure of new places, and feel that home is anywhere they lay their heads…or whether they’ll react to all this moving in their early years the opposite way: by seeking out a home base, and sticking to it like glue. I wonder whether they’ll remember their childhood as vibrant and exciting, or whether they’ll wish that we’d simply stayed put in that little house in Tarrytown way back when. Stayed, and let our roots grow deep.

I wonder whether that’s something I wish for myself.

I talked to my therapist about this at length, of course. With the benefit of hindsight, I see now that the move to LA was…if not a *bad* decision in the long term, certainly not one that was executed with the amount of careful consideration it should have been. I mean, I bolted. So I wanted to figure out whether I’m doing the same thing now – because making a mistake like that once is a mistake. Making it twice is unacceptable.

Here is what my therapist told me, after we unpacked all the pros and cons and saw which way the list skewed:

“There is a difference,” she said, “between a reaction and a choice.”

Leaving San Jose in the wake of our divorce was a reaction. I see that very clearly now, and I wish I had handled it very, very differently. But I also see what my therapist means about how a choice is a different beast altogether.

I sometimes find myself feeling ashamed that I haven’t been able to provide my kids with, you know…everything. I want them to have the great school, the beautiful home, the vibrant community. And we’re still in motion, still putting those pieces together, trying to make them fit. I don’t know whether this move will end up being everything I hope it’ll be – which includes a level of permanence; I’m ready for those roots, and want them very badly. I have not figured it out yet, and I wish that weren’t so.

But I’m also proud. Because for better or worse – probably a bit of both – they are growing up with parents who say yes. They’re learning how to be brave, how to be curious, and – most importantly – how to run with arms wide open towards new opportunities, new places, new people. To a weird and wonderful life that looks like exactly like their own, and no one else’s. To the journey.

I like to think that’s a beautiful lesson to teach them: How to make their choices. And then make them come to life.