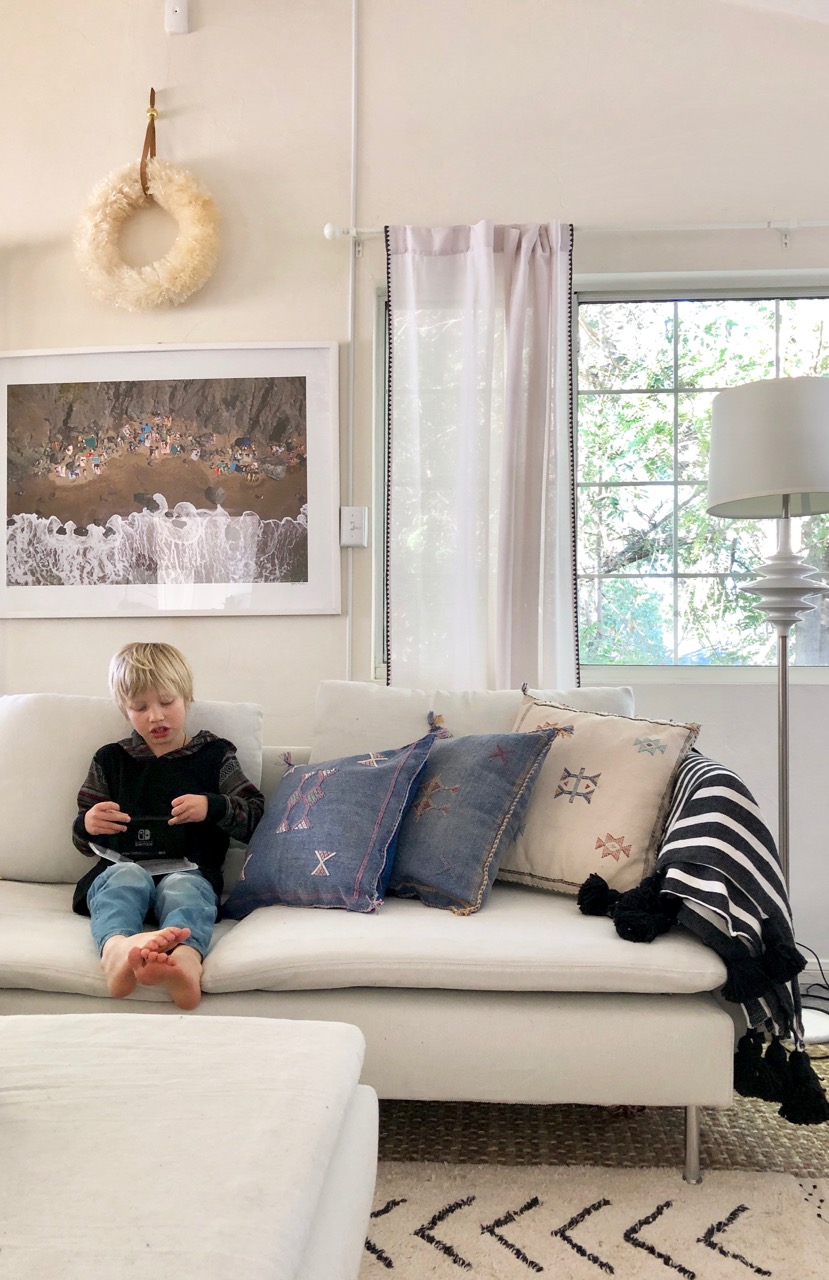 I remember when I bought my first Grownup Couch™; for all the fuss I made about the thing, you probably do, too. That couch lives with Kendrick now – I kept the consignment-store set that used to be in our old living room, and that is now dying a slow death thanks to the fact that it is white (rrrg, also totally my fault).

Our division of assets was eminently fair – way beyond fair to me, honestly; I kept the vast majority of our furniture after our split. But I did still have a moment of mourning for our old Couch Boat when I moved into my new place and discovered that the new family room is an absolute behemoth of a space, and would have been the perfect spot for the thing. And the amount of money I had available to spend on couches after, you know, lawyer’s fees and mover’s fees and such was something like $2.

Entré: Ikea. (Ordered via their website and set up via TaskRabbit, thankyouverymuch.)

I wasn’t sure the couch would look like a real couch as opposed to a sort of stick-figure version of a couch (a.k.a. rickety and cheap), but it turns out I do really like it. I’d estimate it’s going to last about two years, but that actually seems acceptable given that it doubles as my kids’ jungle gym/stage upon which to perform “We Will Rock You” on the daily. The only thing I didn’t like about it: The included throw pillows, which are so generic that a photograph of them probably appears in the dictionary under “Pillow, Ecru.” But something I learned from my first big couch purchase was that Step One after buying a couch is to toss all the throw pillows that come with it into a bag in your garage, and replace them with something more to your personality.

And my personality, apparently, is called “Cactus Silk.”

I discovered Moon Water last December (you can check out the post here), and have been circling their Cactus Silk pillows ever since – I have a couple of the white ones on my bed, but can’t get enough of them; they’re all stunning. (And, having owned two of the pillows for a year now, I can attest to their durability; I don’t understand how they survived my household looking as good as they do, but there you go.)

I thought about the espresso ones. And the pink ones had their moment in the sun, of course. But what I ultimately decided to do was pick up a few of them in different shades of denim, for a sort of LA-goes-Southwestern look.

The end result is so pretty it makes some of us (ok, all of us) do backbends. 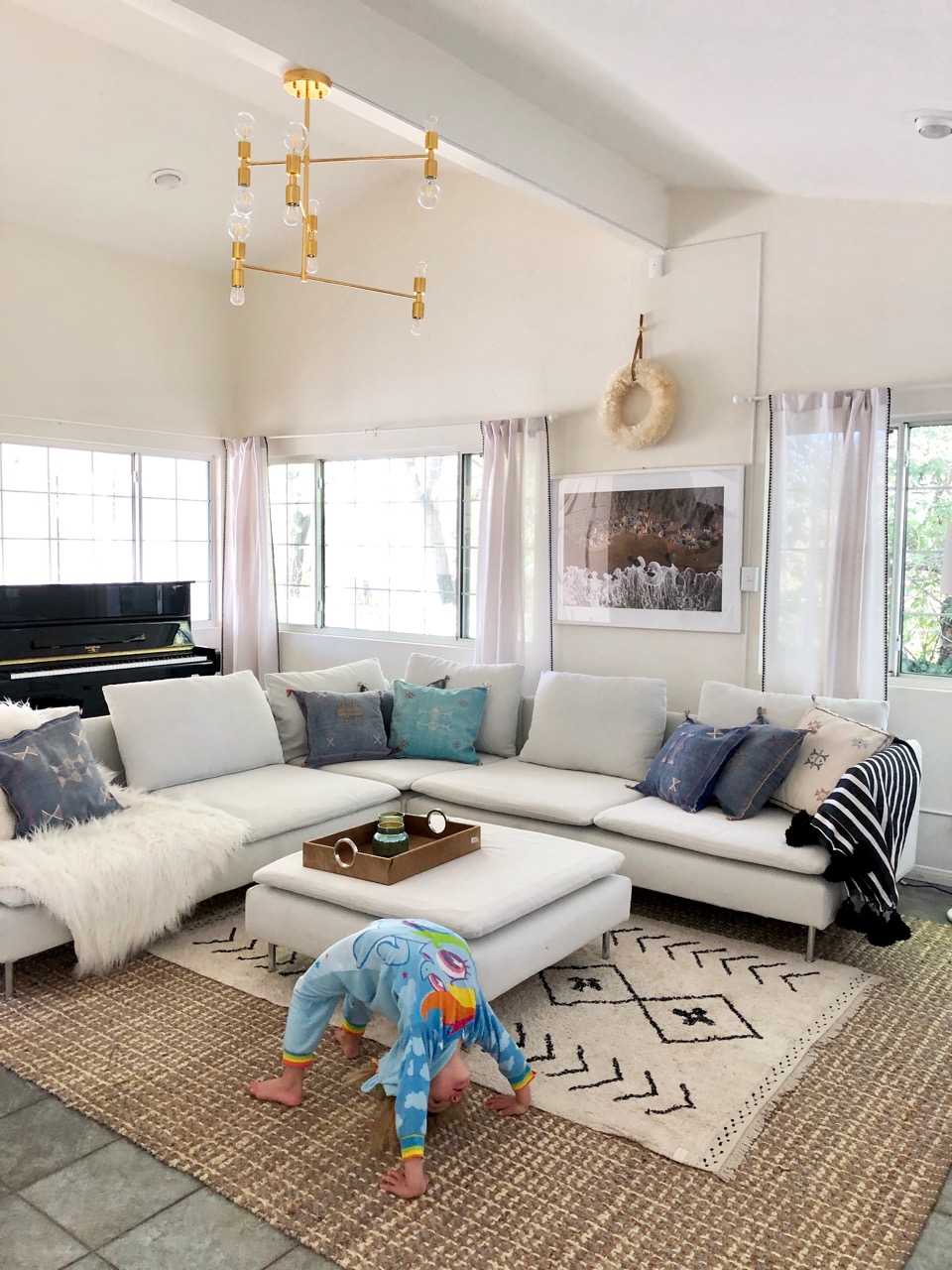 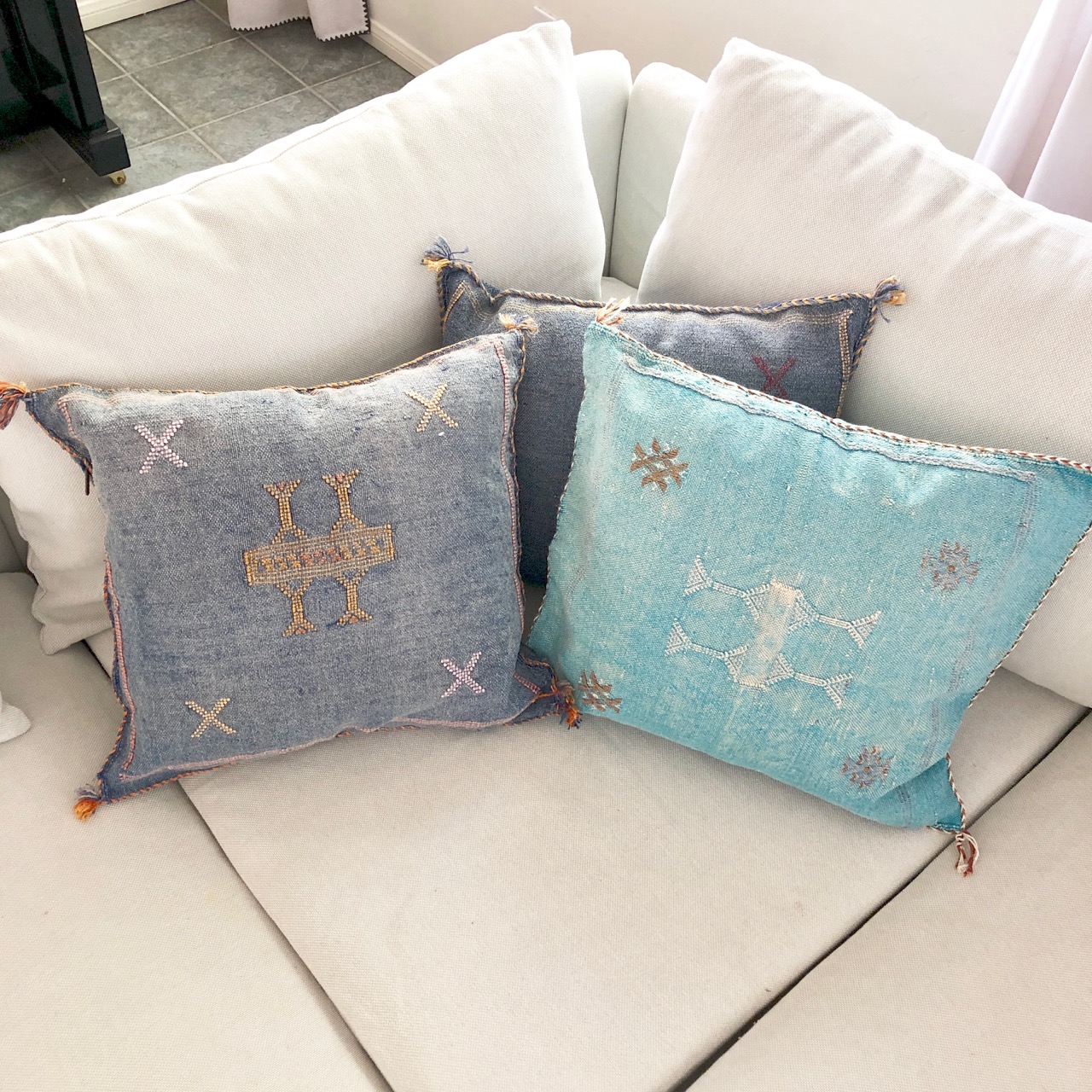 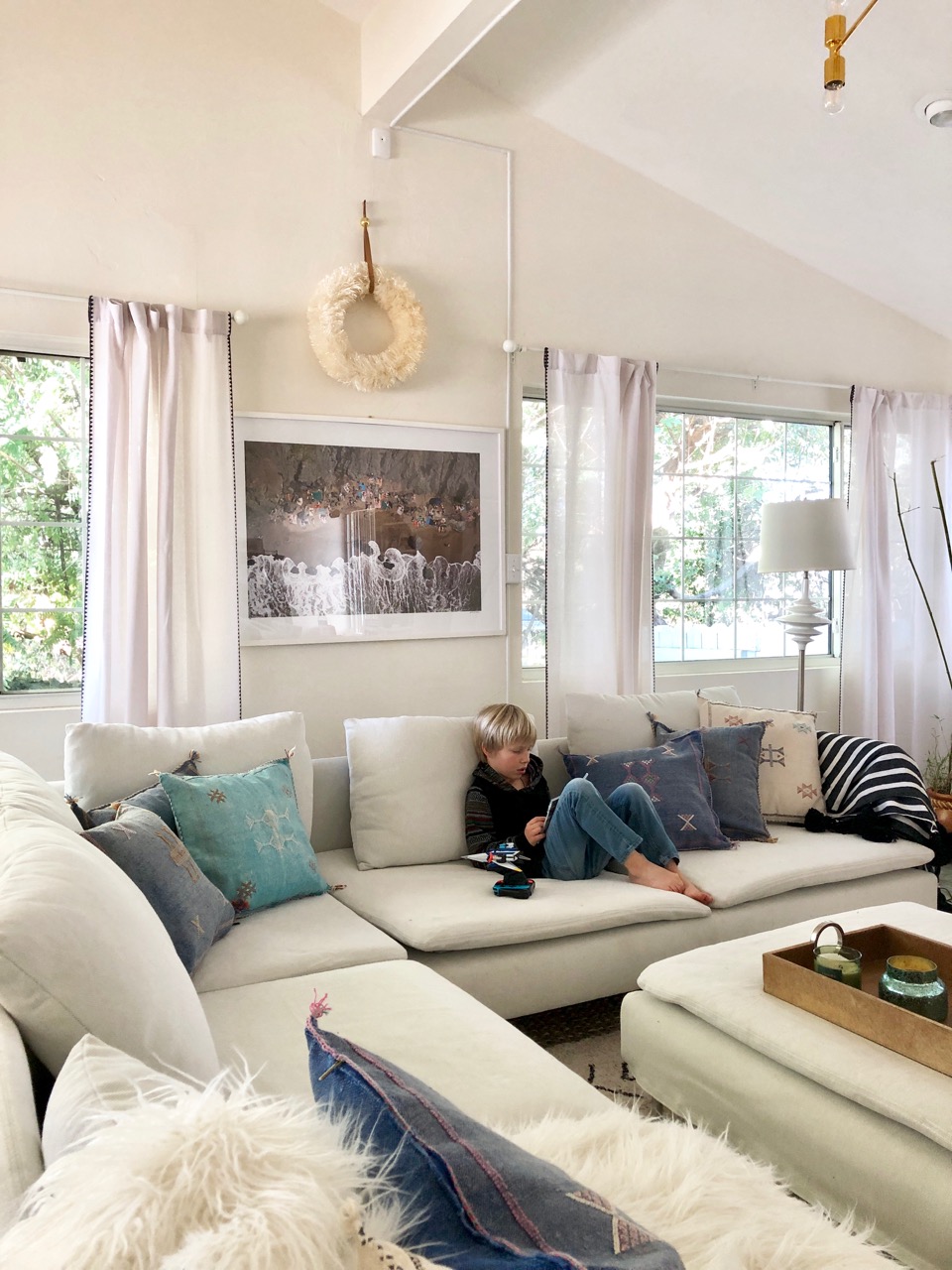 P.S. If you need another reason to be all in love with these pillows, all of Moon Water’s products are artisan-crafted and support fair trade. And you can take 30% off of any pillow order using the code NEWYEAR.