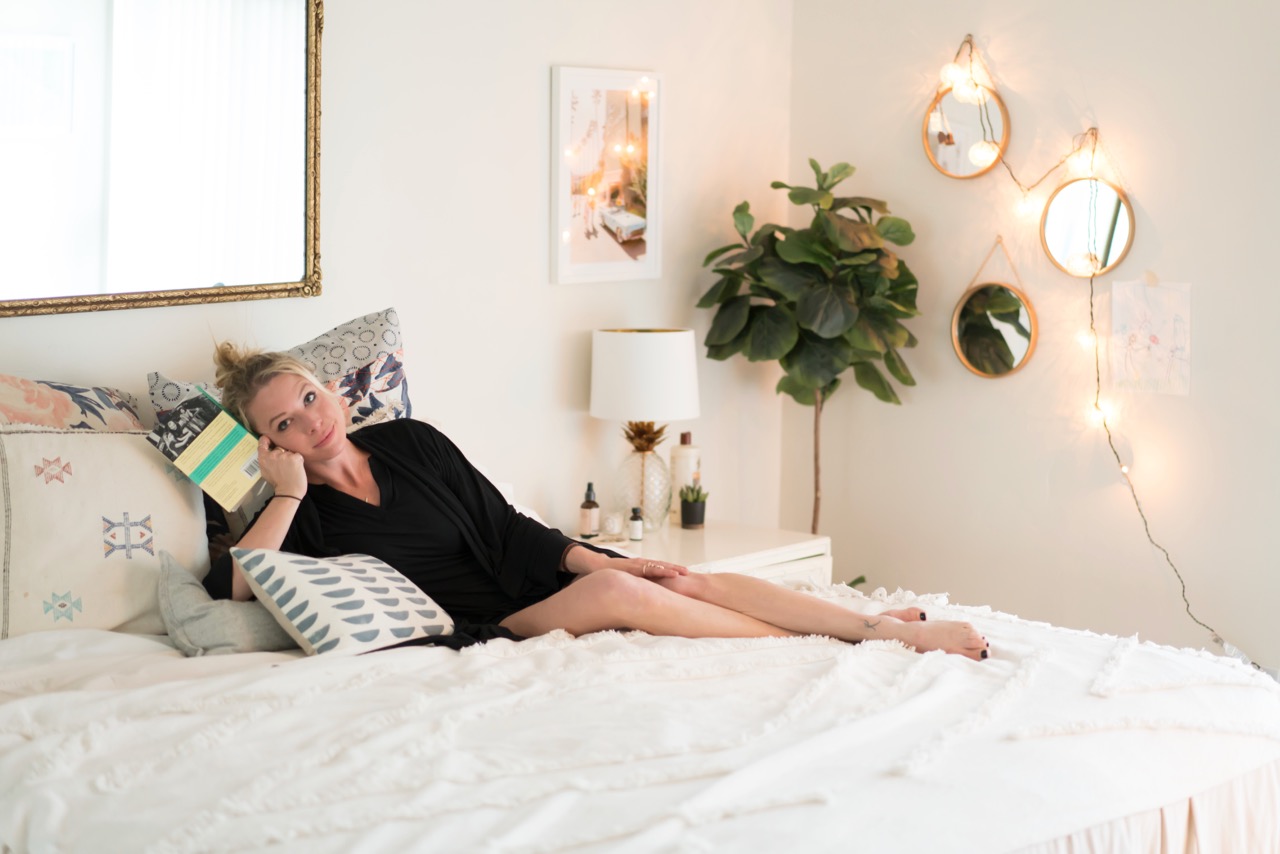 At 5:45AM on Wednesday, Kendrick and the kids left for a week in Ohio. I helped pour them into warm jackets and pack up the new toys that absolutely had to come with them on the flight. I waved good-bye from the front porch, got a little teary watching the car lights disappear down the block, and went back in to drink a glass of grapefruit juice.

And then? I went back to bed and slept until ten o’clock in the morning. I had an appointment at 9AM, actually – a fact that I remembered only around noon – so guess who’s getting a missed-appointment penalty fee? And guess who cares exactly zero about that fact?

I’m pretty sure I’m supposed to be depressed today, because for the past seven years the week after Christmas has been a sort of Home Alone-esque scene of bustling and airports and family. Being away from the kids over Thanksgiving week was difficult, but I was traveling too, running around New York City with a constant stream of distractions. This time it’s just me, sitting on the couch with a computer and a couple of cats.

But I’m not depressed. Not even a little bit. Maybe I will be in a couple of days, but right now? I am so f-ing pumped about having a few days to do nothing but whatever it is that I want to do, with absolutely zero input from any other human being on the planet (IMAGINE), that I have defaulted to making lists, so as to take maximum advantage.

In no particular order, here are some of the action items I have planned for the next week.

In short: I plan to spend the rest of the year hibernating in a vat of blankets, whiskey-spiked hot chocolate, and Bryan Cranston. I think that as many of you as possible should join me in this pursuit, because that way 2018 will go away sooner rather than later, and 2019 will be many things, but one thing it definitely will not be is 2018. And that is a Christmas miracle if I’ve ever heard of one.