Sorry, Last Time (Because This Is Important) 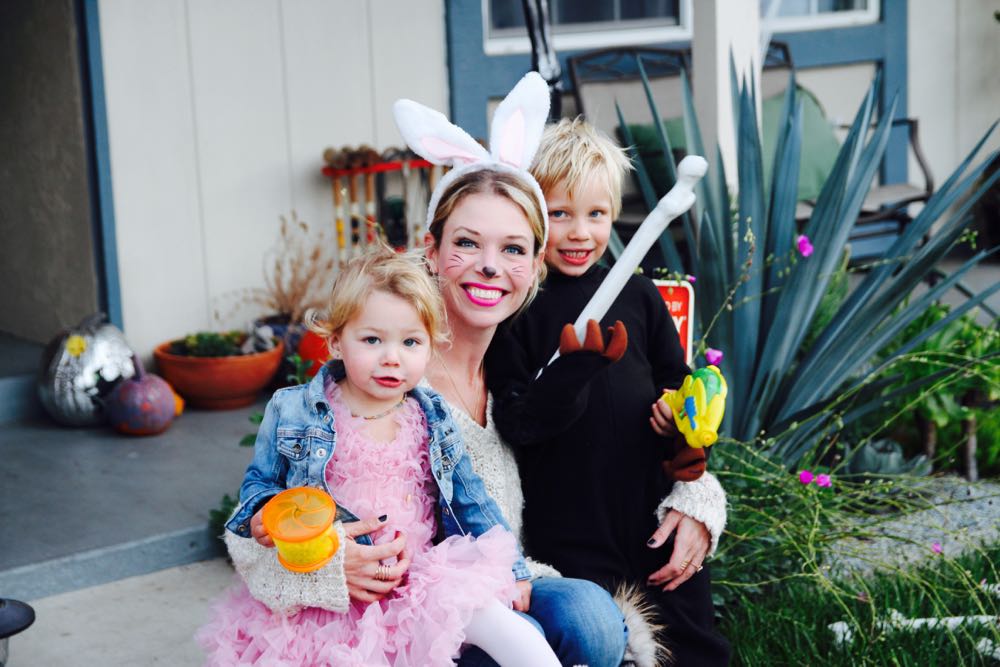 Both of my children are looking at the camera and not being (too) weird.

I’m fully aware we’re nice and oversaturated with Halloween content over here, but there are two things from last night that I really do have to show you.

First, Kendrick’s costume practically made me faint, and I mean that in a very good way. Kendrick and I have a shared obsession with The Walking Dead – we literally watched episodes of it in the hospital while I was waiting to give birth to Indy (Goldie got to spend her last pre-birth hours floating around to the lilting strains of Bachelor In Paradise) – and when Negan first appeared on the scene it was pretty obvious what Kendrick was going to have to be for Halloween. 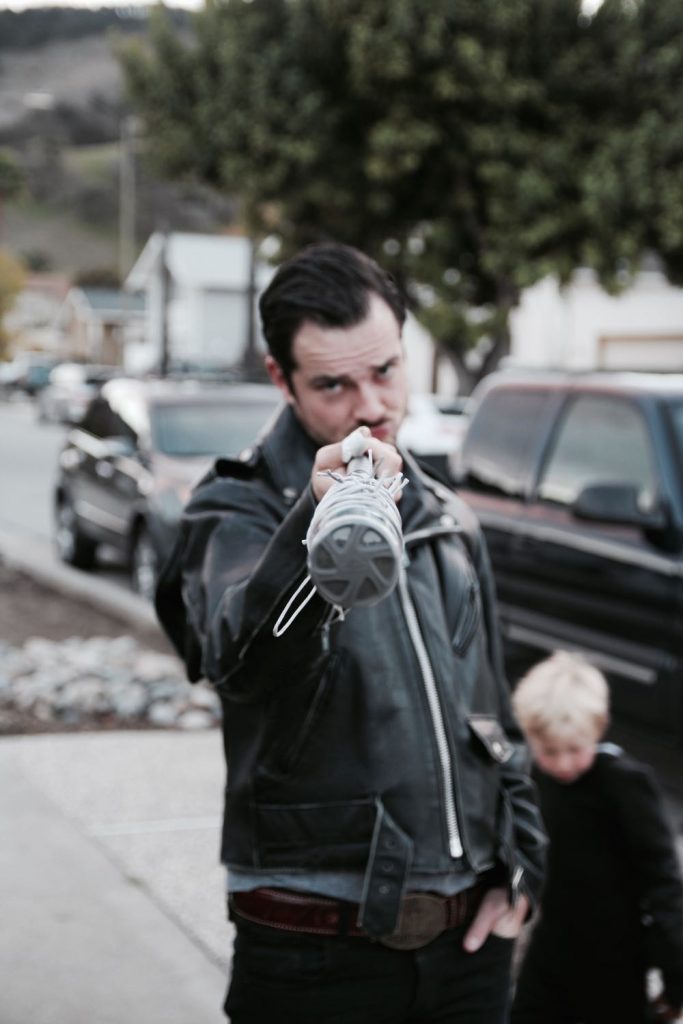 And then we found out what Negan did – oh god, oh tears – and were so upset (because, as I mentioned, we are massive TWD nerds) we didn’t know if it was still a good idea. …Too soon? 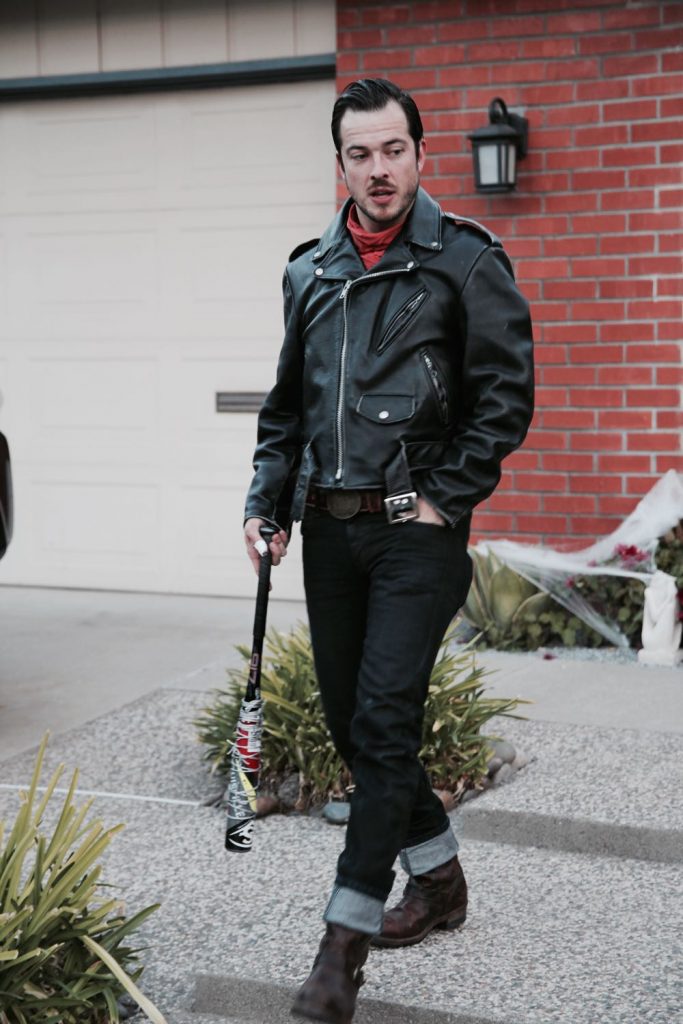 HOT. (I can hear Kendrick being embarrassed from way over here. Whatever, dude, if you’re going to be all shy about it try not to dress up as MY FANTASY for Halloween.)

Second thing: In keeping with Kendrick’s costume, I had planned to be a fairly elaborate Walker – ripped clothing, gross makeup, etc – except I had sort of assumed that because I have clothing and because I have makeup this would be the kind of costume I could pull together last-minute.

And then, an hour or so before we were planning to start trick-or-treating, I looked in my closet and realized that thanks to this incident earlier in the year I actually don’t own any clothing I especially feel like ripping up. And then I looked in my makeup bag and realized that unless I wanted to look like a three-year-old who had gotten ahold of her mother’s red lipstick, it might have been a good idea to buy products that would allow me to create, I don’t know, gashes and such.

So I was a bunny. 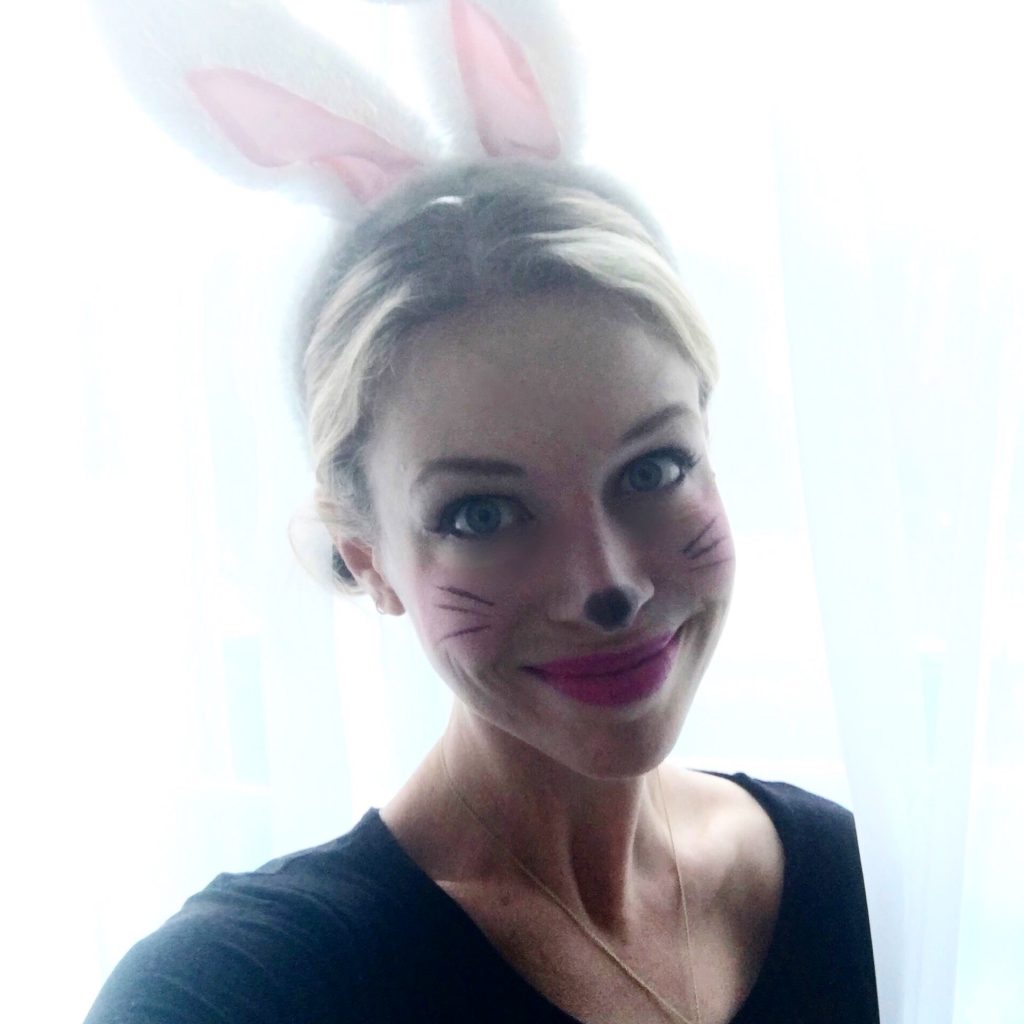 I poked through my closet a bit to see if I owned any clothing suggestive of a bunny without being suggestive of a Playboy bunny, and discovered a vintage fur vest. Except it was a vintage rabbit-fur vest, which seemed in slightly poor taste, so I went with a wildly inventive sweater-and-jeans combo.

And then I found the boots.

About a year ago Kendrick presented with me a box containing (real, practically brand-new) Dior boots that he had found on eBay in some kind of warehouse clearance auction for a shockingly low price (I can’t remember what, exactly, but I think it was around $50). This would ordinarily be extremely exciting, except these boots are 4″ wedges with massive fur cuffs, and are not exactly kindergarten-dropoff appropriate (which, let’s be honest, is the only thing I get out of my pajamas for on most days, because never getting out of your pajamas is the very best thing about working from home). 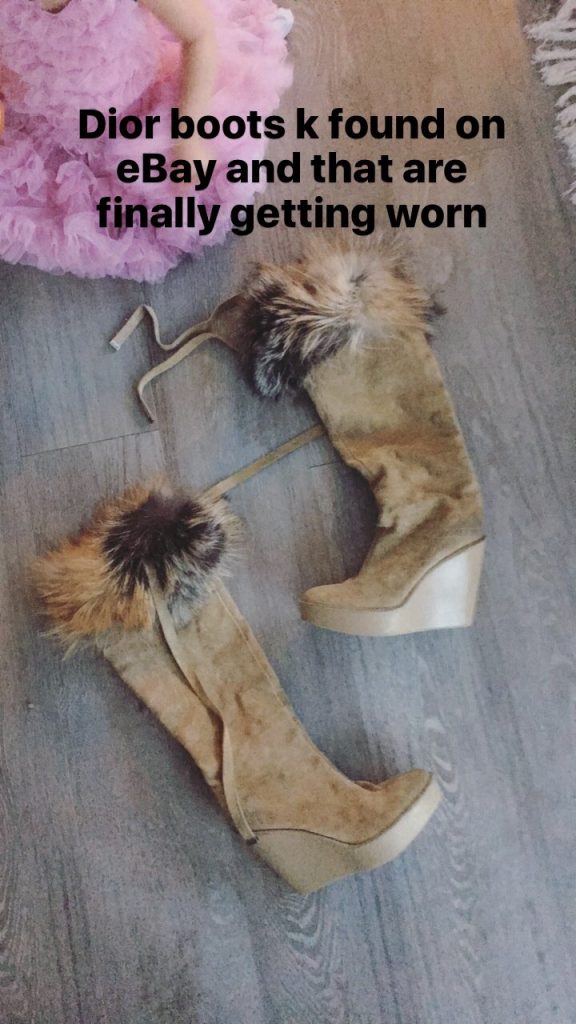 And then, last night, I happened upon them while searching for bunny-costume footwear, and realized that while some type of (probably real, alas) fur, they are most definitely not bunny fur, and TADA. (I’m pretty sure they’re fox fur, which still makes me a terrible person, but at least I’m not dressed in the costume of the animal whose fur I’m wearing.)

It was all very sartorially exciting. Also exciting was the reappearance of my daughter’s fuzzy lamb boots, which I had thought disappeared into the ether, but somehow turned up in my mother’s closet and were recently returned to me.

Okay, okay, fiiiiine, the trick-or-treating was exciting, too. It was, in fact, so exciting that one of my children could barely stand the overwhelming reality of the fact that ADULTS WERE GIVING HER CANDY AND SHE COULD EAT IT, and stood stunned in doorways, frozen in excitement and sugar anticipation, until released by the thought that oh my god, THERE IS MORE CANDY RIGHT OVER THERE. My other child you cannot see in very many of these photos because I did not see him either: I saw his back. I saw it disappear into the distance, yelled SLOW DOWN, watched it stay still for a perfunctory amount of time, and then watched it disappear again.

Next Halloween I’m going for leashes. And perhaps another Dior boot-requiring costume, because that was kind of great.

Furry Boots For You 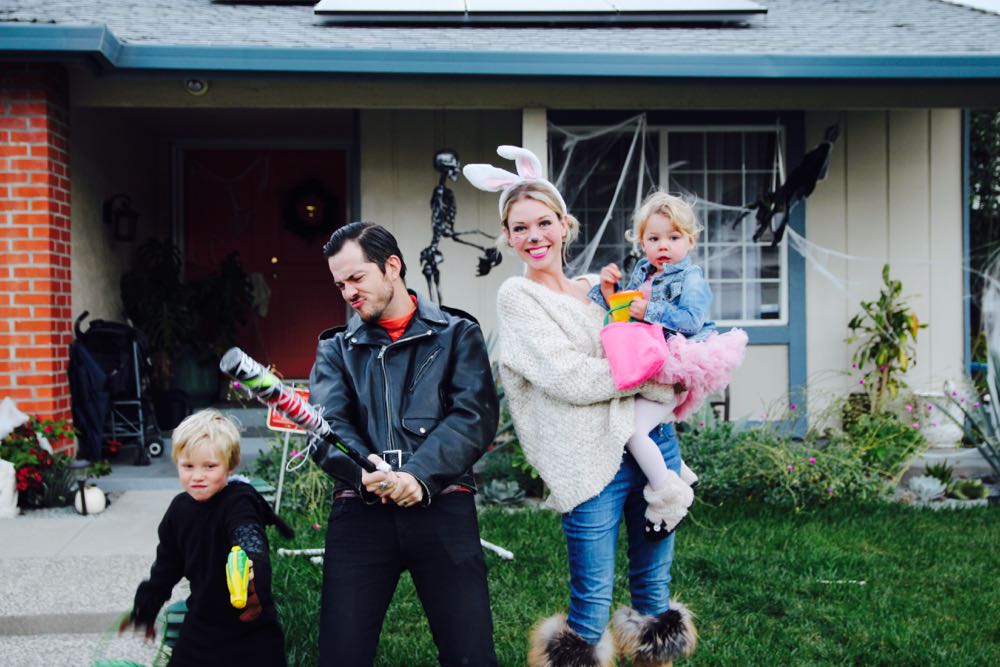 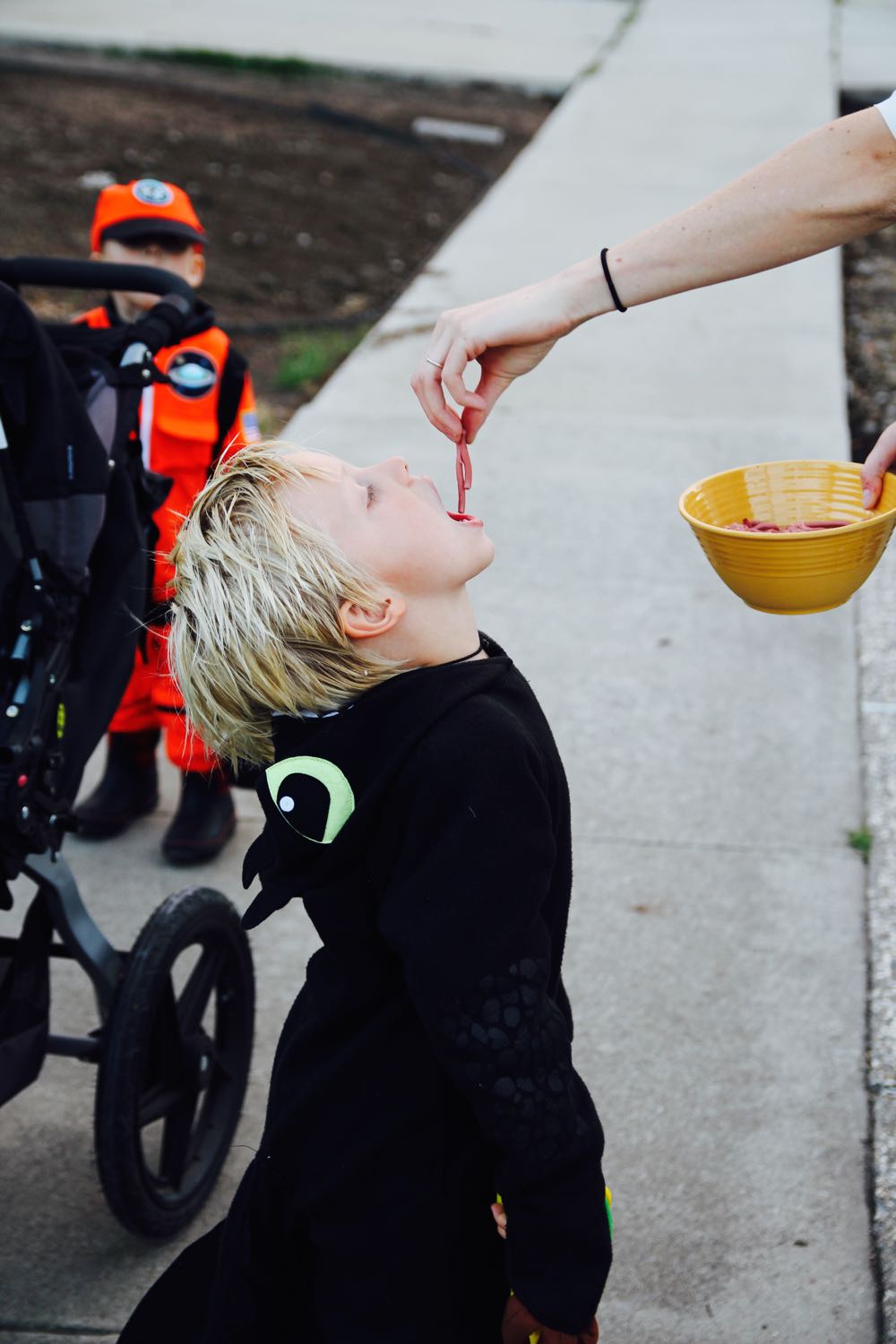 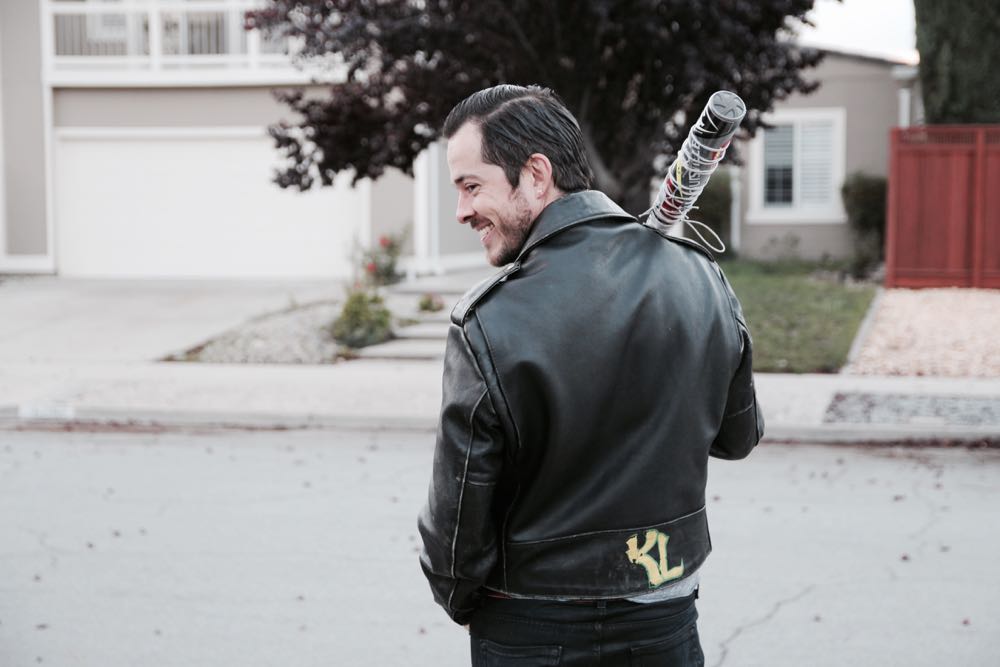 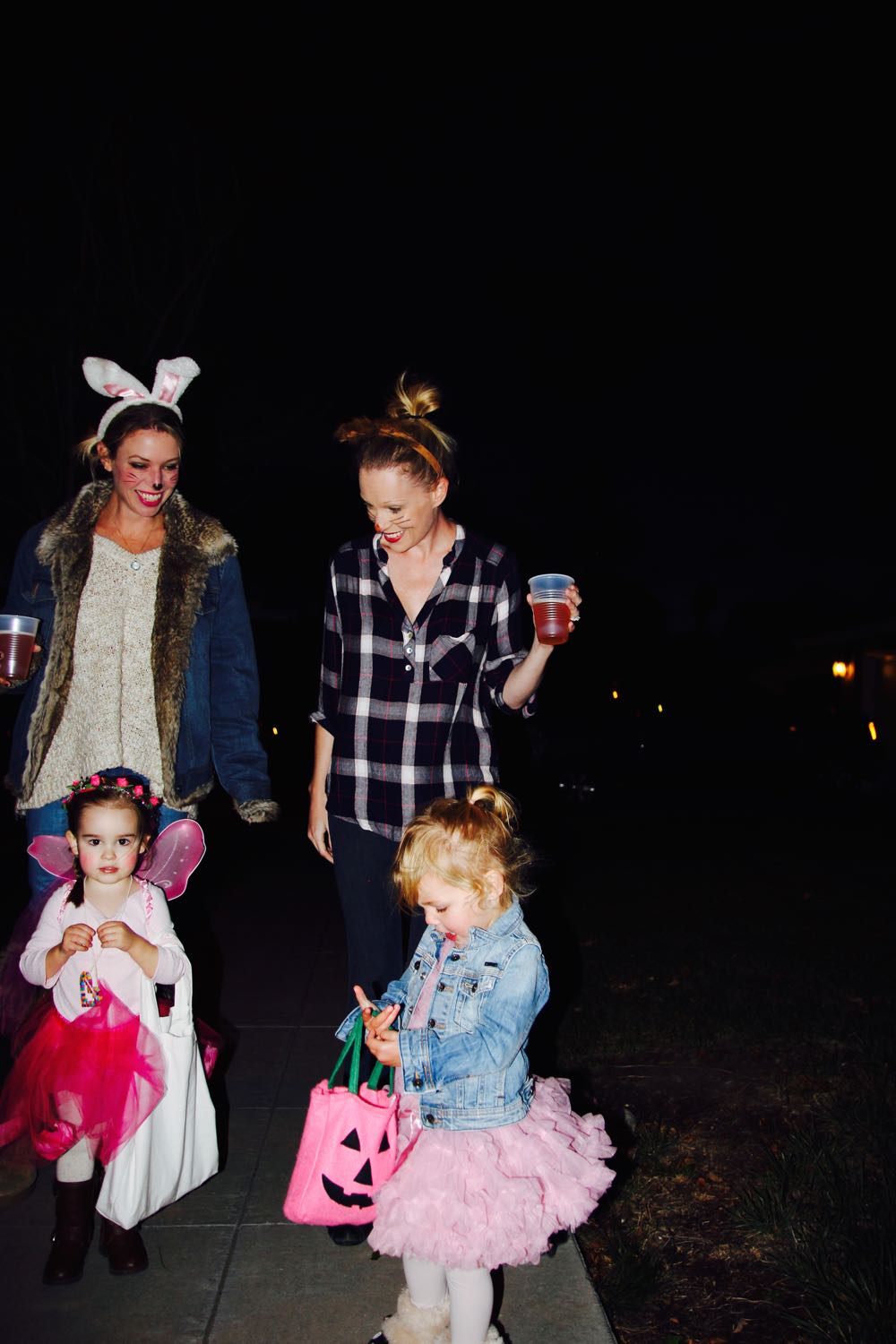 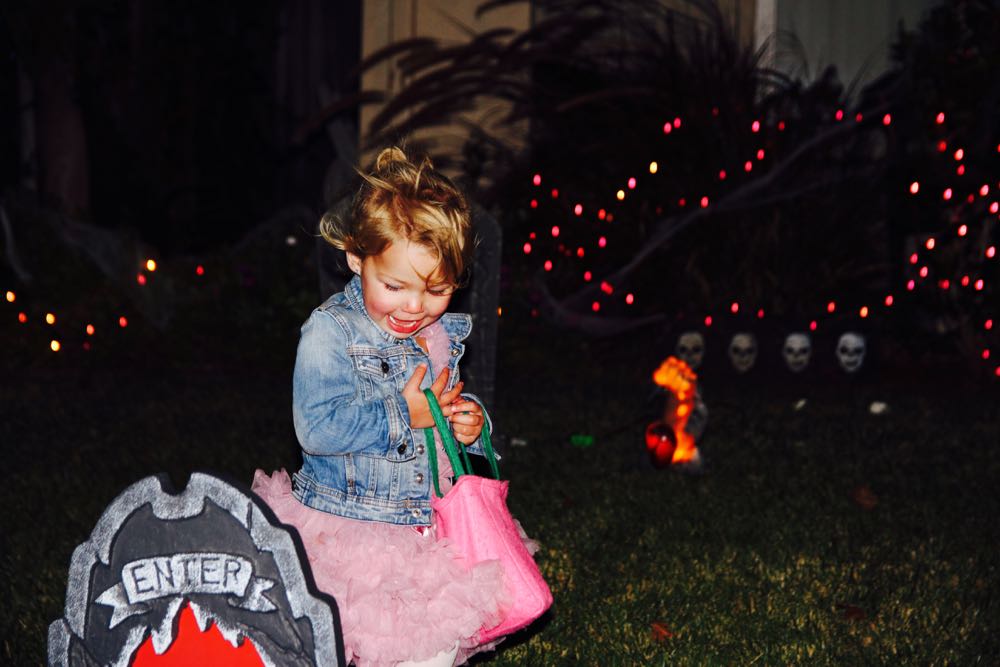 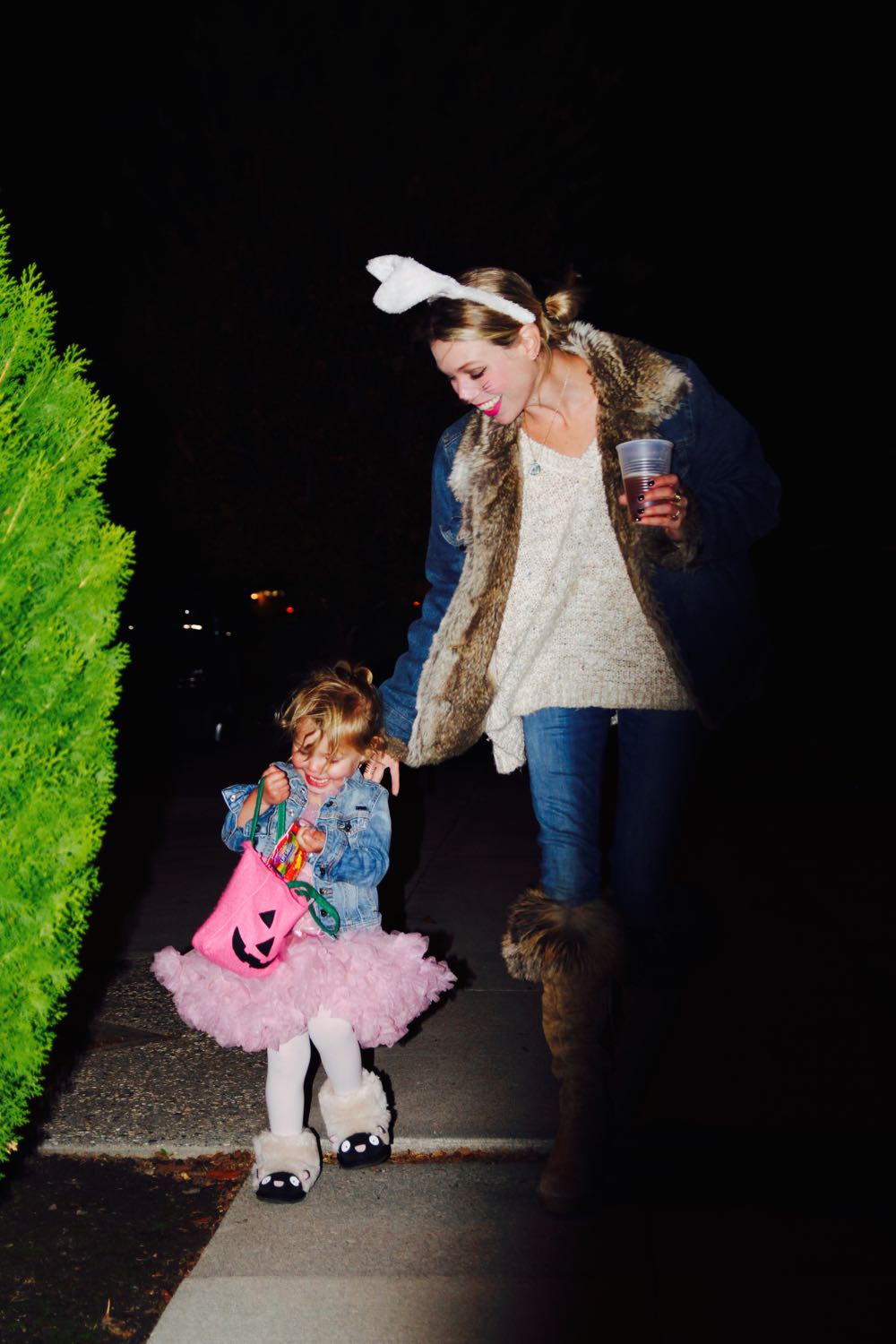 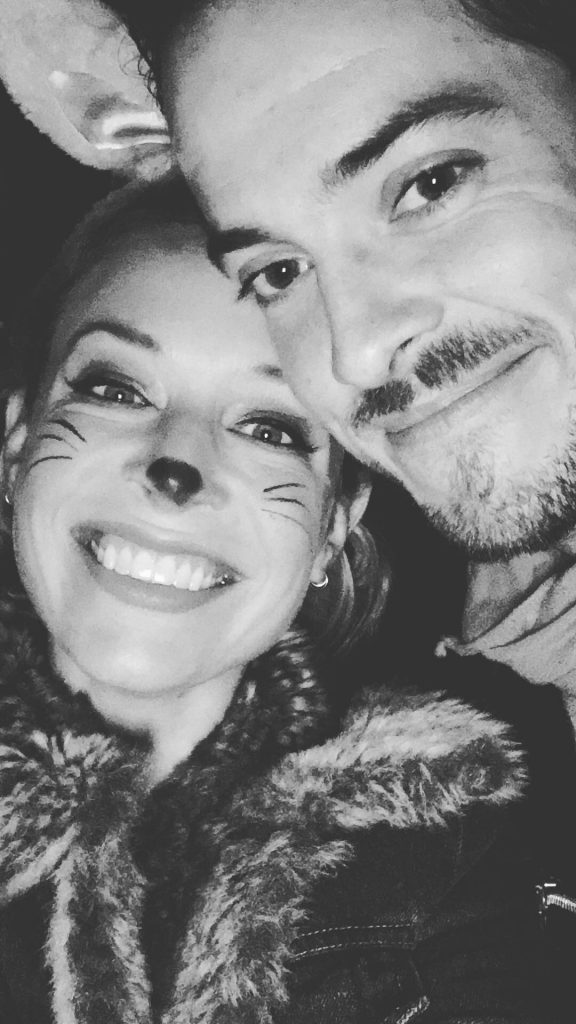