What’s In My Refrigerator? 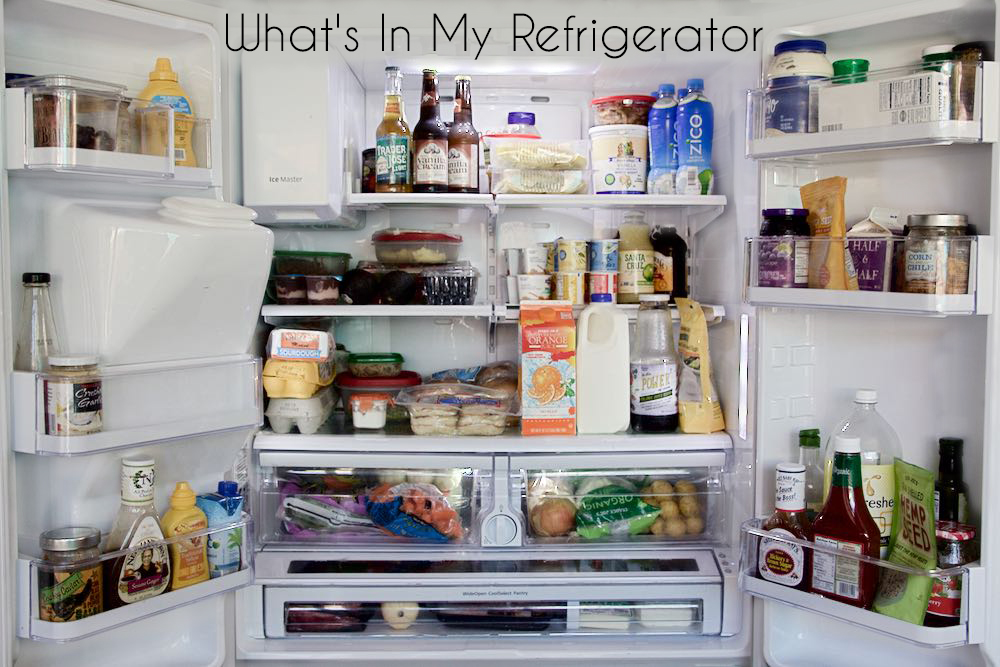 I spent last night and the bulk of this morning writing a massive post exploring my getting-fired-from-It’s-Always-Sunny-In-Philadelphia story through the lens of gender and sex in the workplace. It’s essentially a retelling of the post I wrote on the subject many years ago, but it’s only over the past couple of years that I’ve started to understand that what I went through, while devastating, wasn’t especially unique – and I think that’s an important part of the story to explore. (I also wanted to tell the story again because my first try was terribly written and I’m annoyed about that.) I didn’t publish it here because you’ve already read parts of it if you’ve been reading RG for awhile, but if you’d like to check it out it’s over on Medium.

Anyway. I’m exhausted and headache-y from the exercise of dredging up decade-old feelings, and so today? I am going to write about refrigerators.

I love looking in other people’s refrigerators. They’re even better than medicine cabinets at showing you who a person really is (I, for example, am a person who displays hemp seeds prominently because doing this makes me feel good about myself, but who also consumes her weight in cups of chemicals every week because Jello Pudding is delicious and I don’t care). I especially love looking in other mothers’ refrigerators, because everyone has their own funny little “shortcuts” (a.k.a. ways to trick children into eating things that are good for them, get them fed NOW, or bribe them into silence), and I usually pick up a handful of good ideas.

Want to see my refrigerator? (It’s not usually this clean or well-organized. The fact that I’d just cleaned it and felt like I should document that was what inspired this post in the first place.) 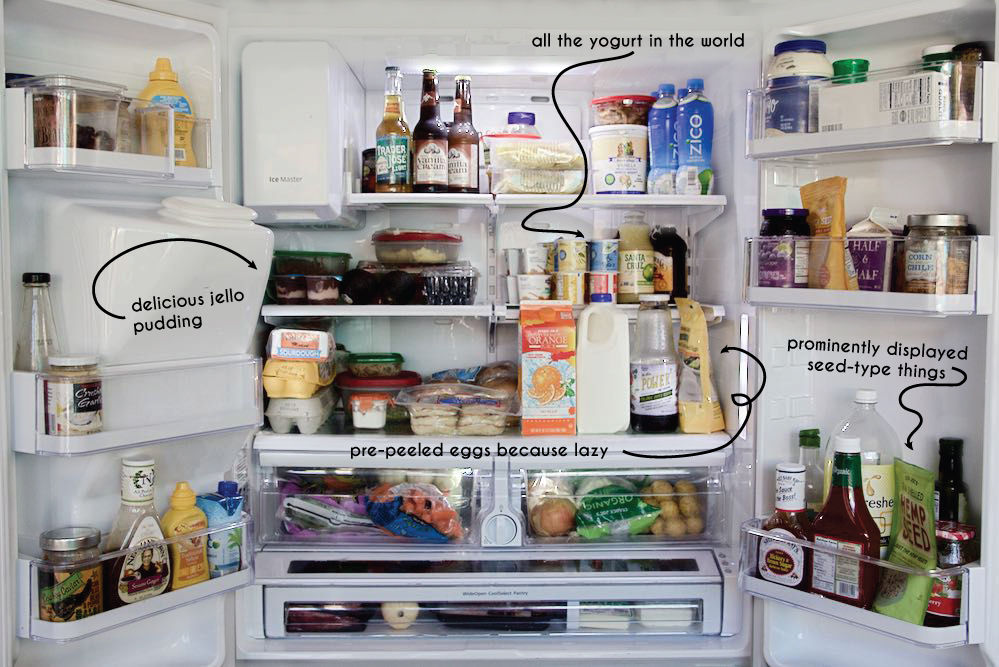 In My Refrigerator Right This Moment

And now allow me to present another section, which I lovingly refer to as… 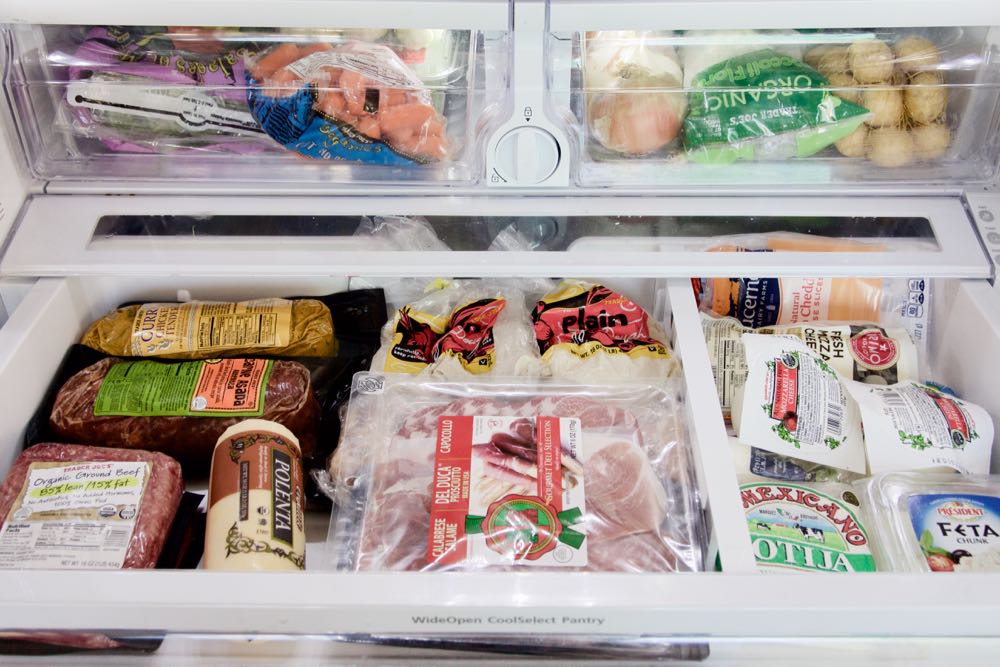 In this drawer of wonders, you will find:

And there you go. Tell me your own refrigerator secrets! (Especially if they involve child-bribery and/or rapid dinner assembly. …Please?)